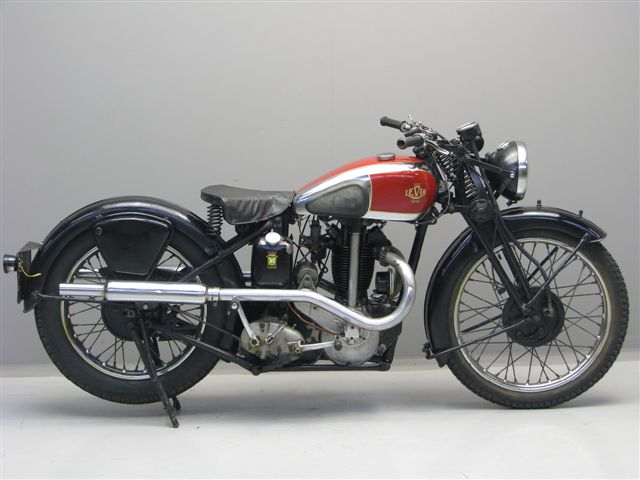 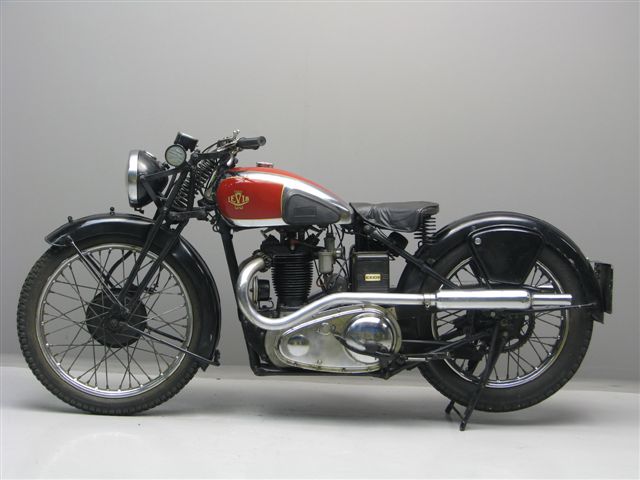 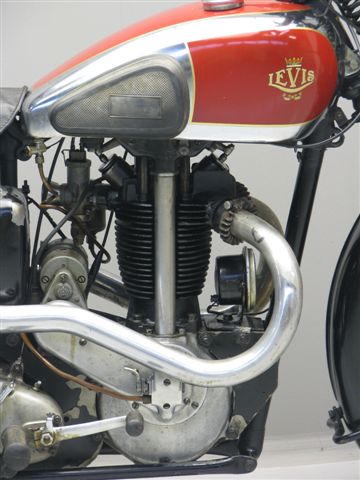 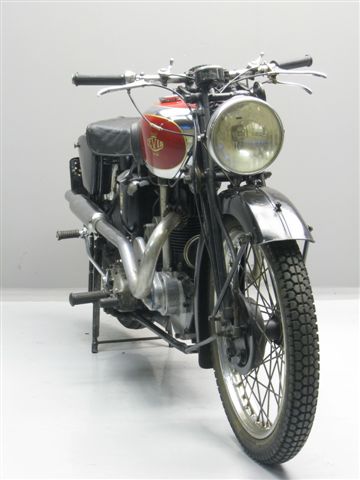 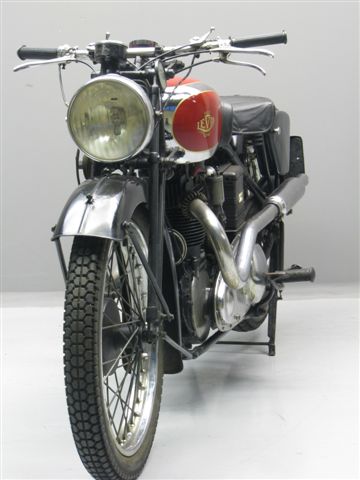 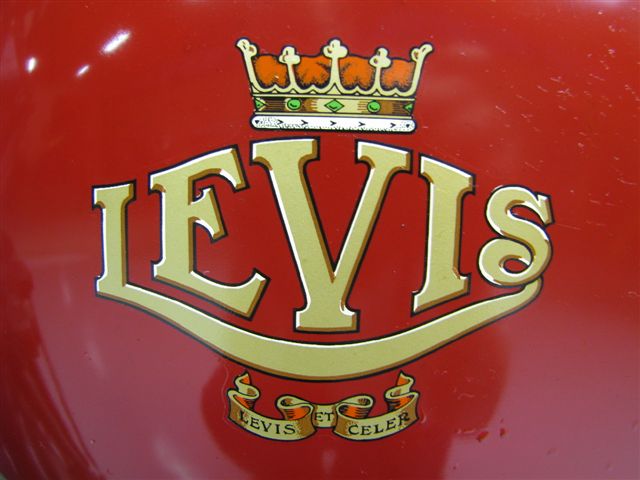 Levis motorcycles were manufactured by Butterfields of Birmingham, and were for many years one of England’s leading manufacturers of two-stroke motorcycles.
They built two-stroke machines from 1911, and added a line of four-strokes in 1928, that ran to 1941 when production ceased.
The first Levis was made in the Norton works by designer Bob Newey, but James Norton turned it down.
The name was derived from the Latin word for “Light”. Newey then joined with the Butterfields, Arthur and Billy, and sister Daisy, to set up a motorcycle company.
Their first model had a capacity of 211 cc.
In the early twenties the two strokes were successful in race: in 1920 and 1922 the Lightweight races on the Isle of  Man were won on Levis machines.
In the early thirties the 350 OHV  model “A 2” was very popular.
The 1938 range comprised no  less  than 11 models, of which this  “600” –  with bore and stroke of 82 x 112 mm!- has the largest capacity.
It is equipped with a Burman  four speed  foot change gearbox , 7 inch  front brake and 8 inch rear brake and 21 inch front wheel.
Note the Latin text in the banner in the tank transfer:  “light and swift”.
Top speed when new was around 90 mph, petrol consumption was 80 mpg.
This interesting machine has been restored a number of  years ago.