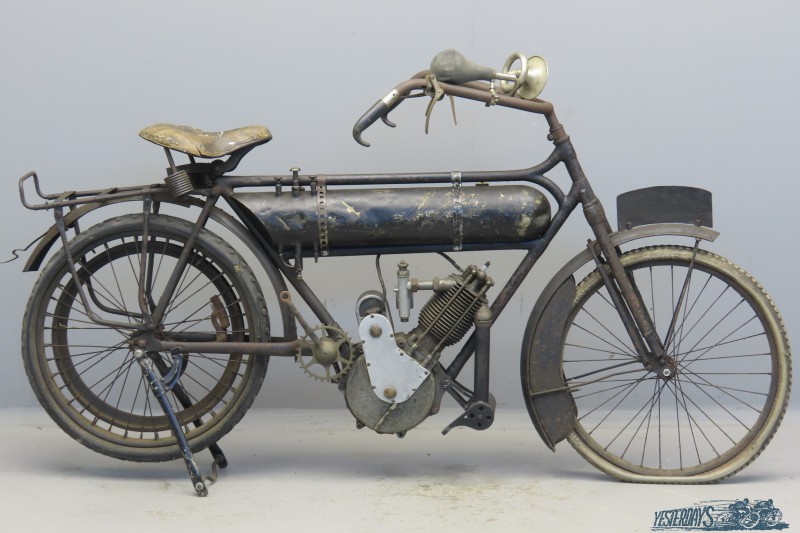 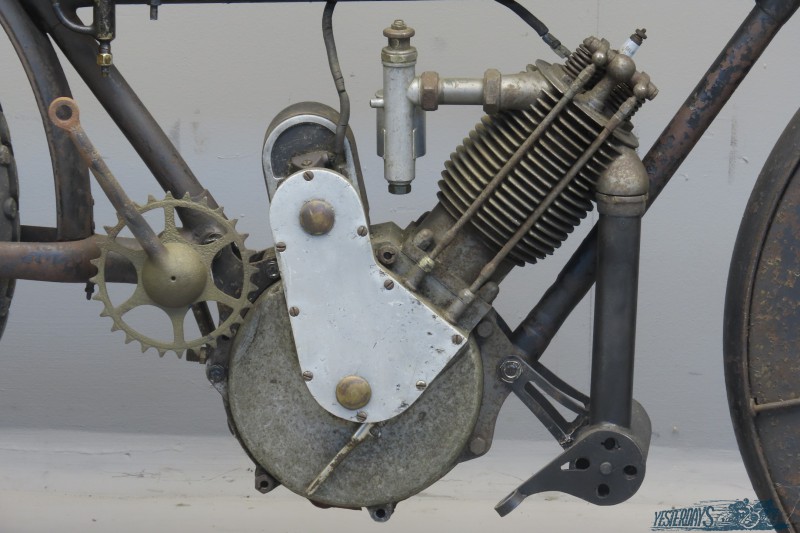 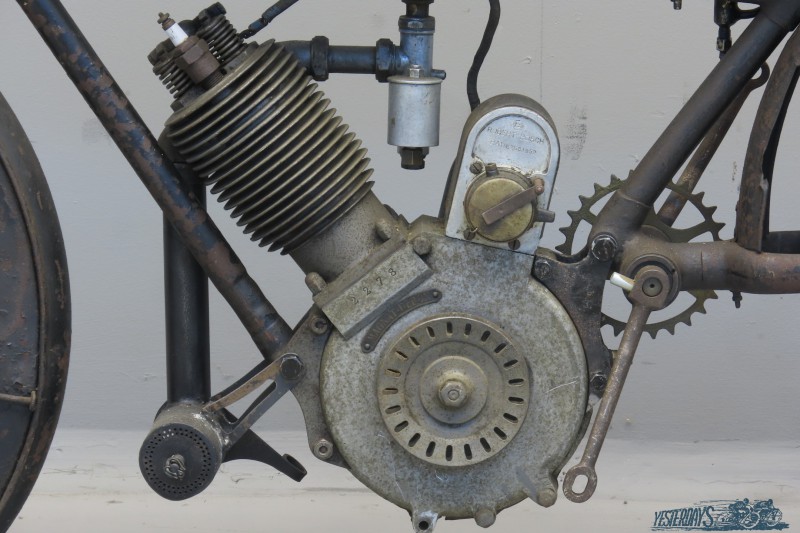 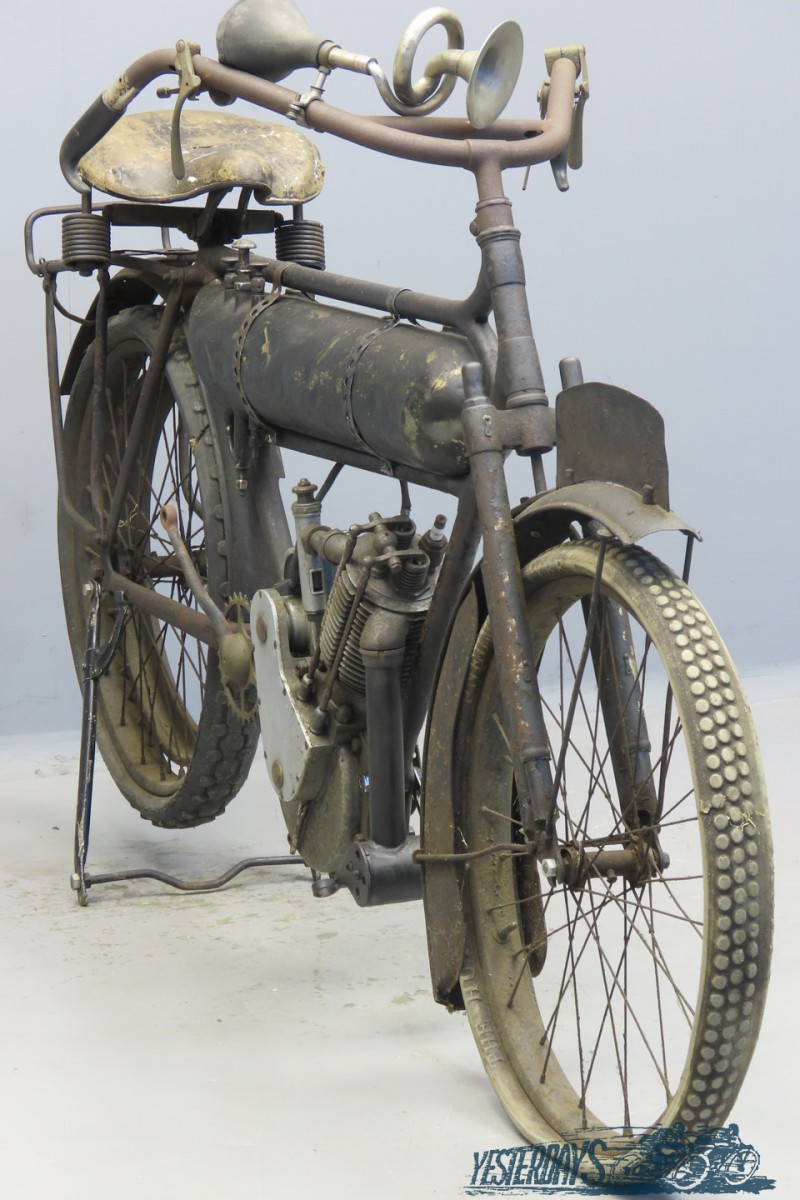 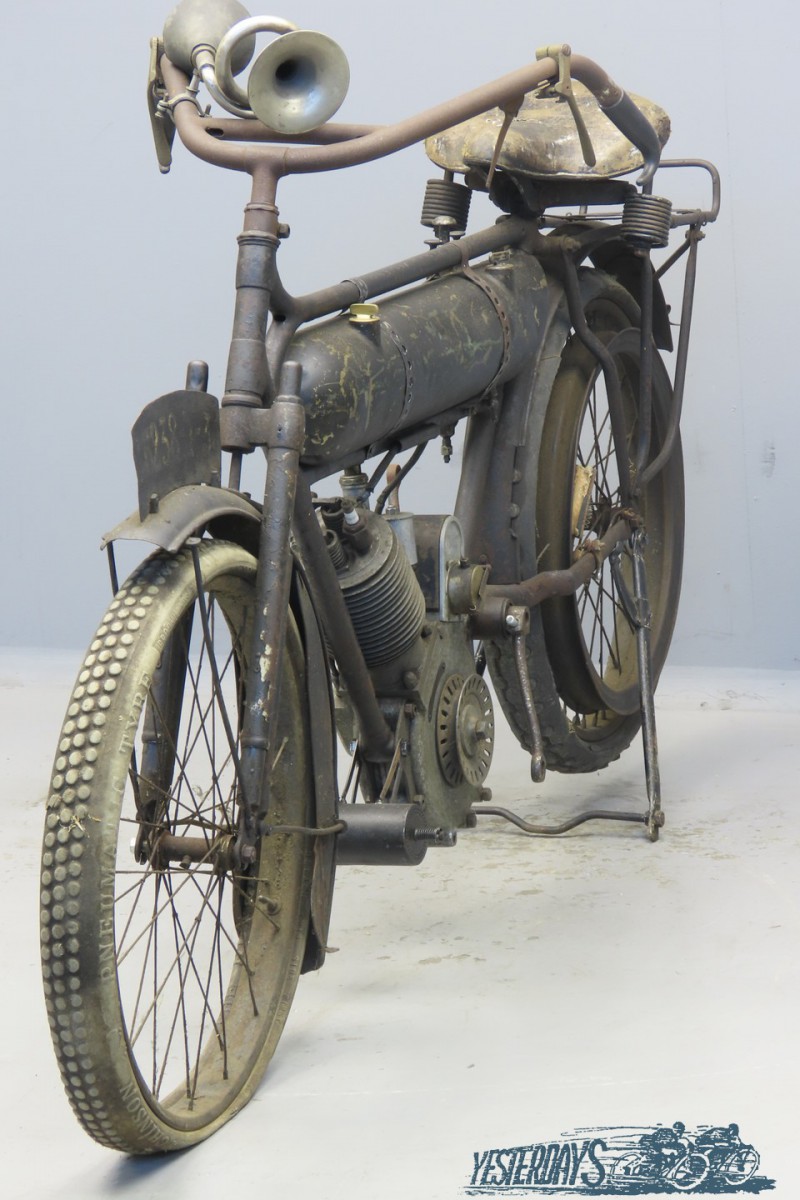 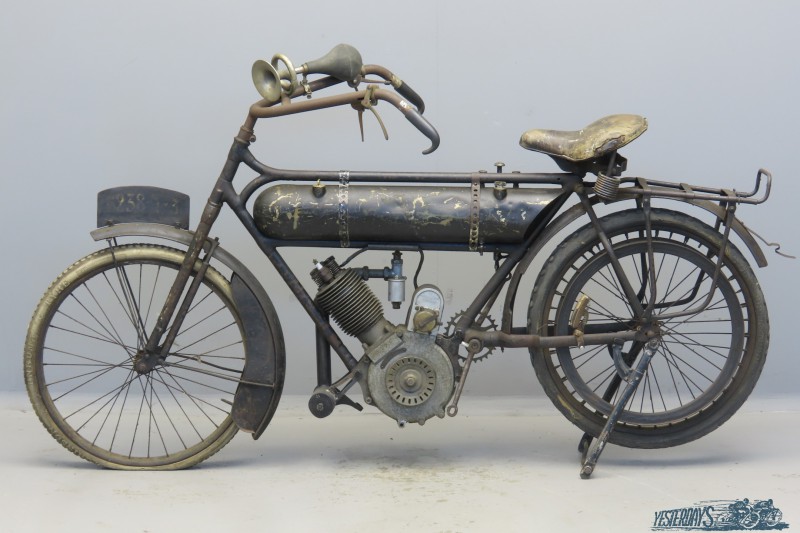 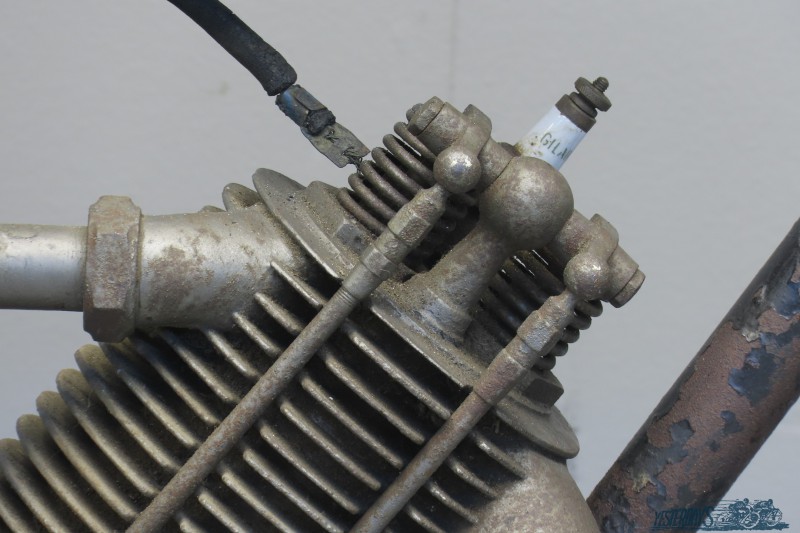 In the year 1900 Joseph Magnat and Louis Debon founded a firm in Grenoble that started to produce bicycles.
In 1902 the first motorcycle was produced, equipped with a De Dion Bouton engine.
Soon they started to use their own engines and in the years before the first world war the firm prospered: the machines had many novel features such as telescopic front suspension and some models had overhead valves.
Both founders died at the end of the war and in the early twenties the company got into financial problems.
In 1922 M-D was taken over by Terrot.
For 1913 the company had abandoned the side valve models and concentrated on two OHV machines.
The 3¼ HP model had bore x stroke of 75 x 90 mm and a displacement of 398 cc, its more powerful 4HP brother measured 80 x99 mm and displaced 498 cc.
For model year 1914 the place of the 4HP single was taken by a beautiful V-twin OHV model.
The 3¼ was updated with a longer frame, bigger petrol tank and more graceful handlebars.

The machine we present here is in “barn find” condition.
She is practically complete, only pedals, belt, chain and control cables have disappeared through the times.
The carburettor is the correct MD instrument and the magneto is of Bosch manufacture.
The tyres might well be a hundred years old and the front mounted registration plate shows the number 6238Y3, which indicates that this MD probably spent its life in the Rouen area.
Veteran models with overhead valves are pretty rare and this specimen is in unrestored but sound condition with only surface rust at some places.