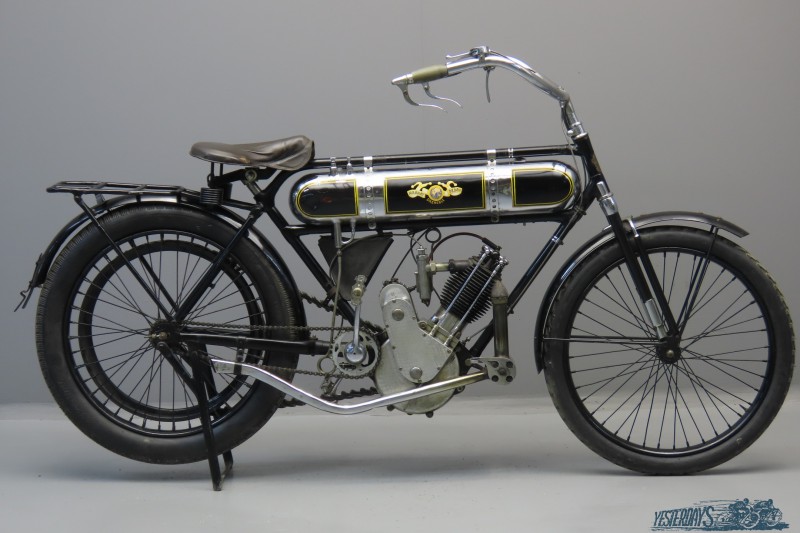 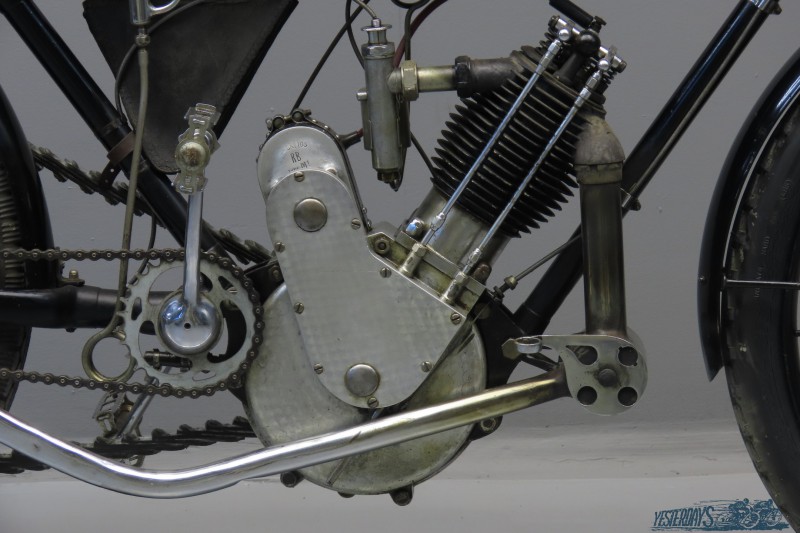 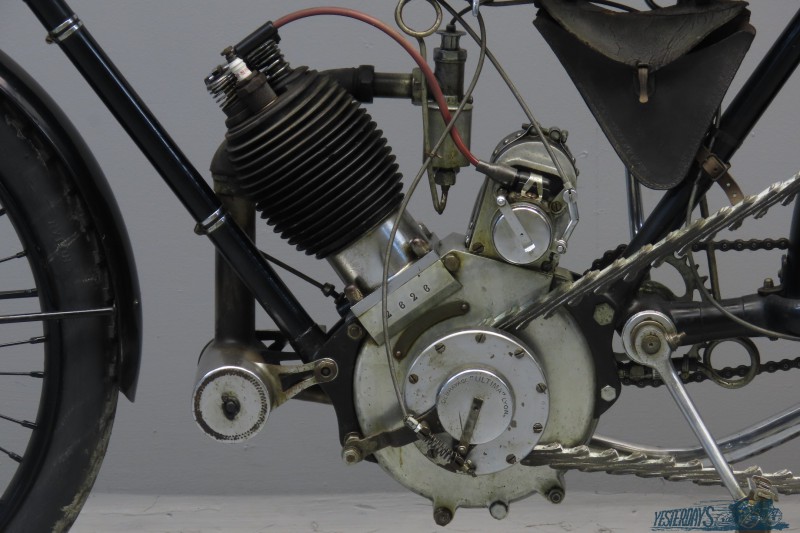 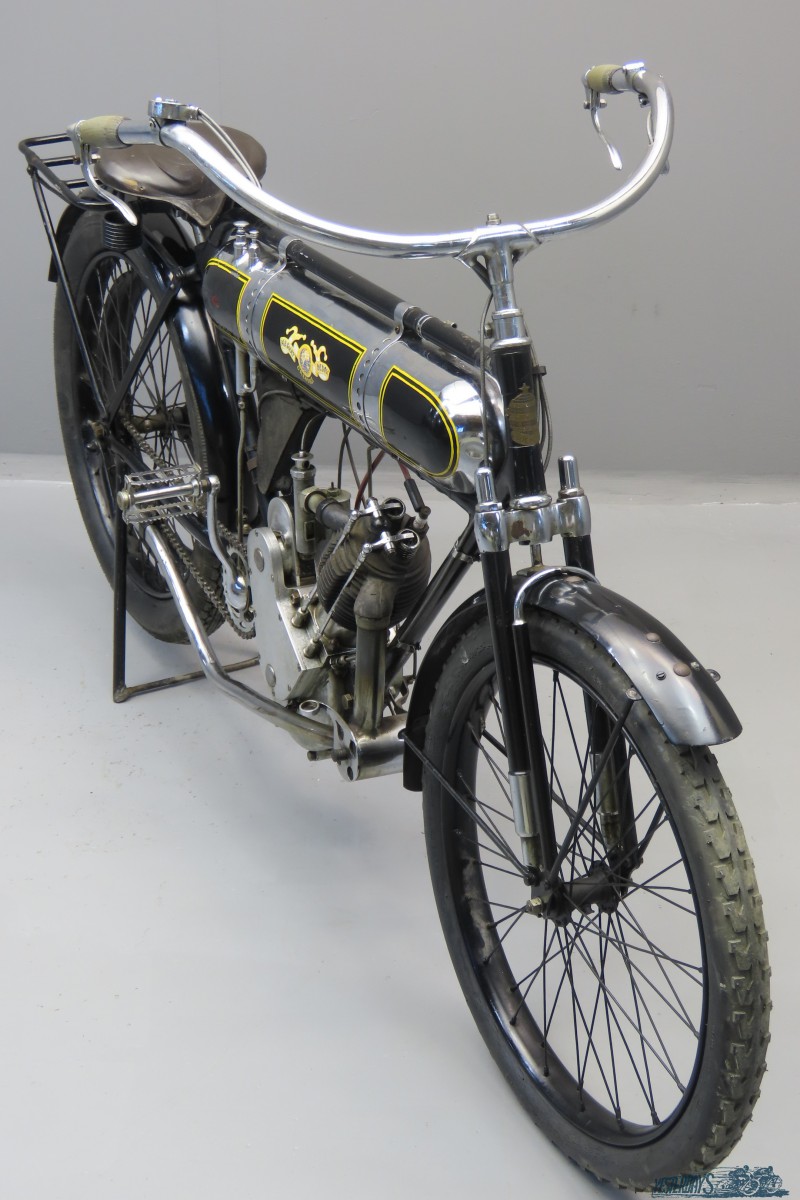 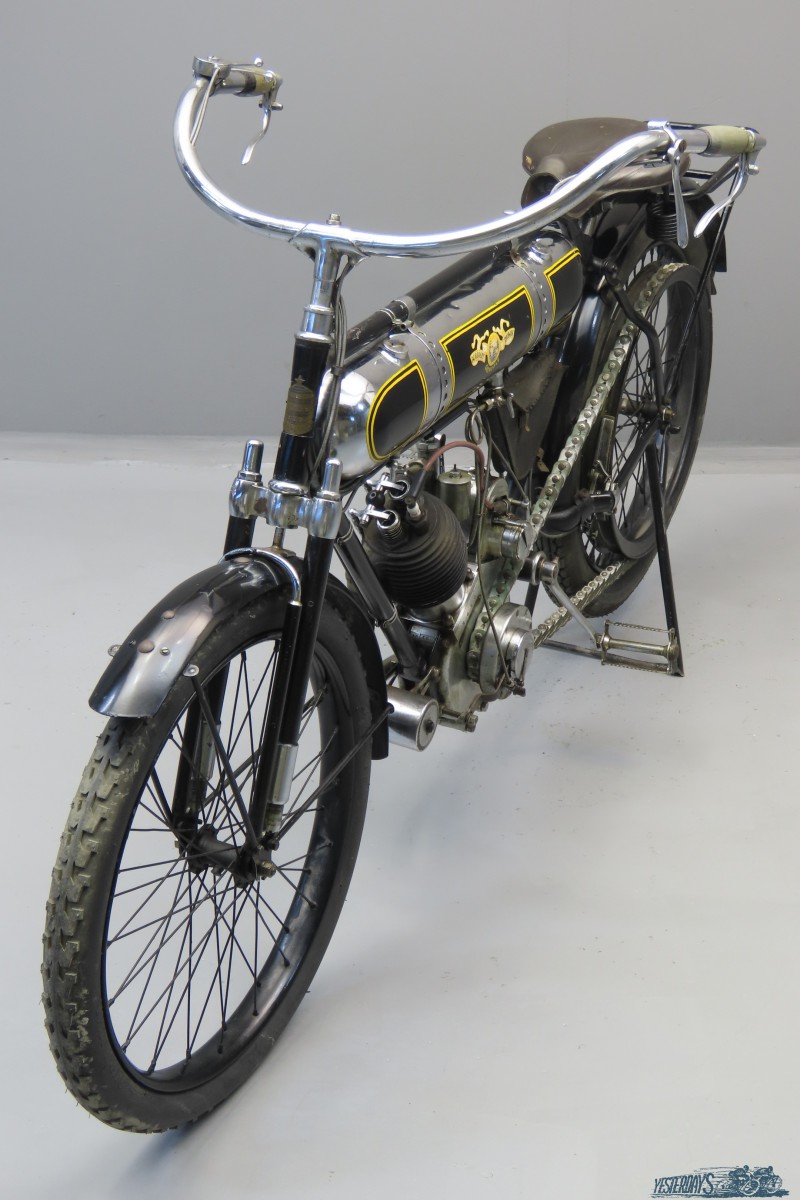 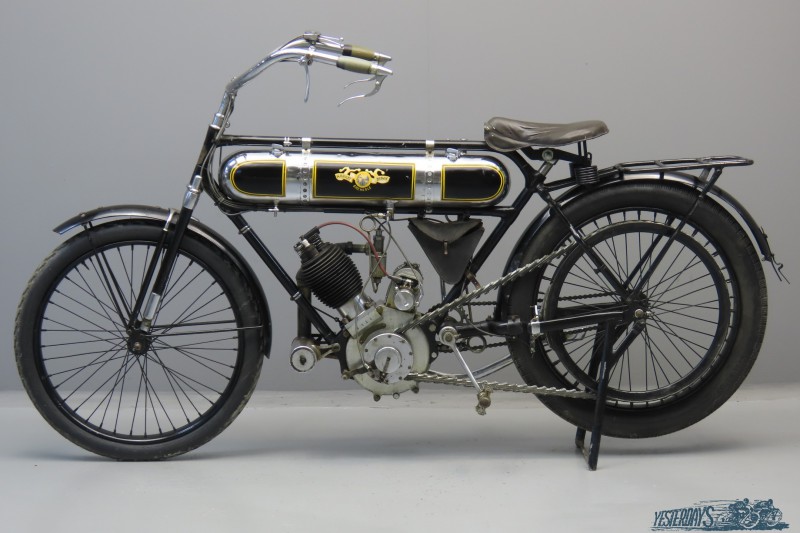 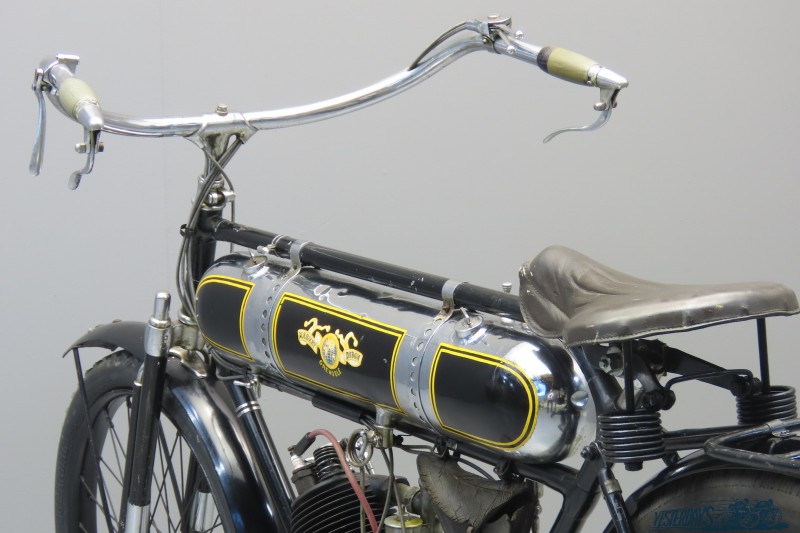 In the year 1900 Joseph Magnat and Louis Debon founded a firm in Grenoble that started to produce bicycles. In 1902 the first motorcycle was produced, equipped with a De Dion Bouton engine. Soon they started to use their own engines and in the years before the first world war the firm prospered: the machines had many novel features such a telescopic front suspension and some models had overhead valves. Both founders died at the end of the war and in the early twenties the company got into financial problems. In 1922 the firm was taken over by the Terrot company. In 1913 the company abandoned the side valve models for a number of years and concentrated on two OHV machines. The 3¼ HP model had bore x stroke of 75 x 90 mm and a displacement of 398cc, its more powerful brother measured 80 x99 mm and displaced 498 cc. This 498 cc single was replaced in 1914 by a V-twin.
The 3¼HP was updated with a longer frame, bigger petrol tank and more graceful handlebars. From 1915/1916 the frame was altered again, the rear of the top tube was lowered to provide a lower seating position and the curved front part of the tube became straight. It’s not quite clear when this happened; the company apparently didn’t bother to show this new frame layout because the 1917/1918 catalogue still showed a picture of the 1914 type of machine.

Pre-1920s OHV machines are pretty rare; our 3¼ HP is equipped with an RB magneto and the company’s own aluminium carburettor. A practical feature is the “Ultima Lyon” clutch that is fitted to the drive pulley. Front tyre is 24 x 2¼ , rear tyre 26 x2½. The petrol tank holds 6 litres, the oil tank 1.5. The machine has been restored at some time in the past – with chromium finish of bright parts- and has since been part of a private collection, so some recommissioning might be at hand.