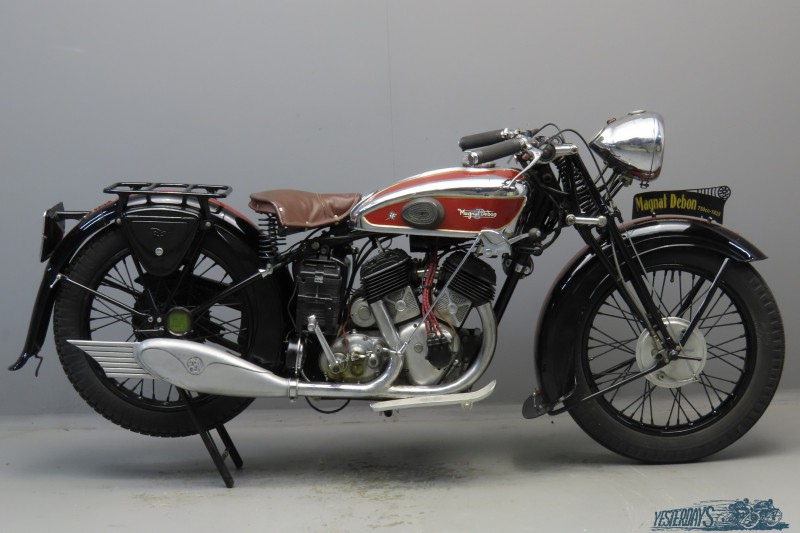 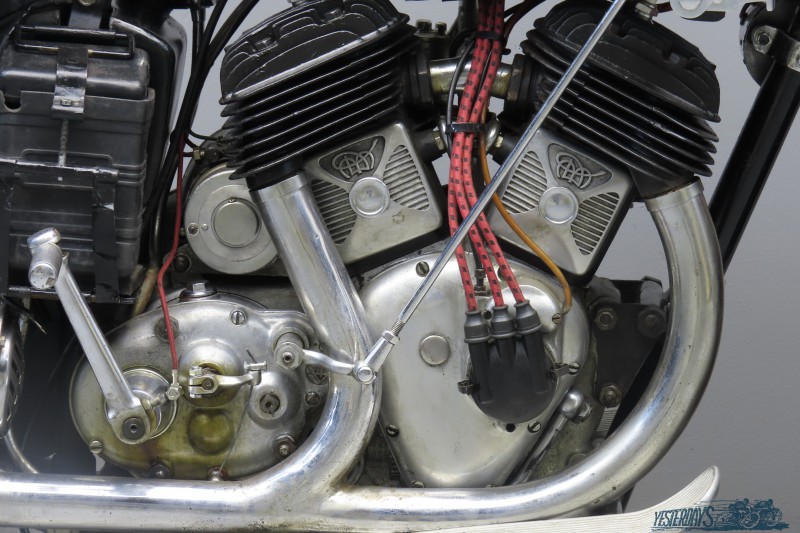 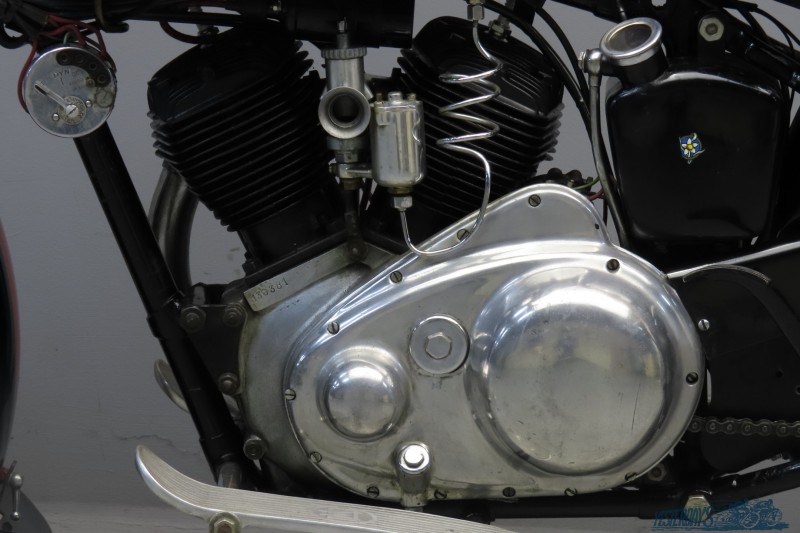 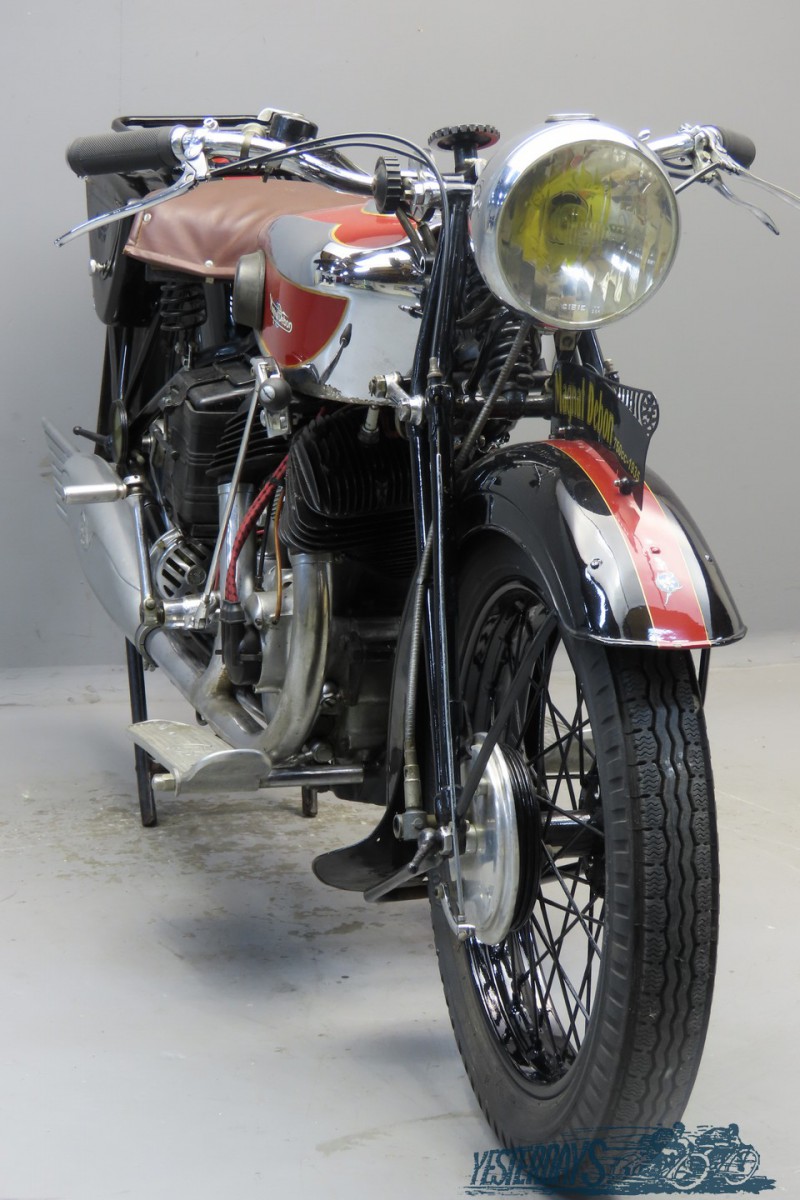 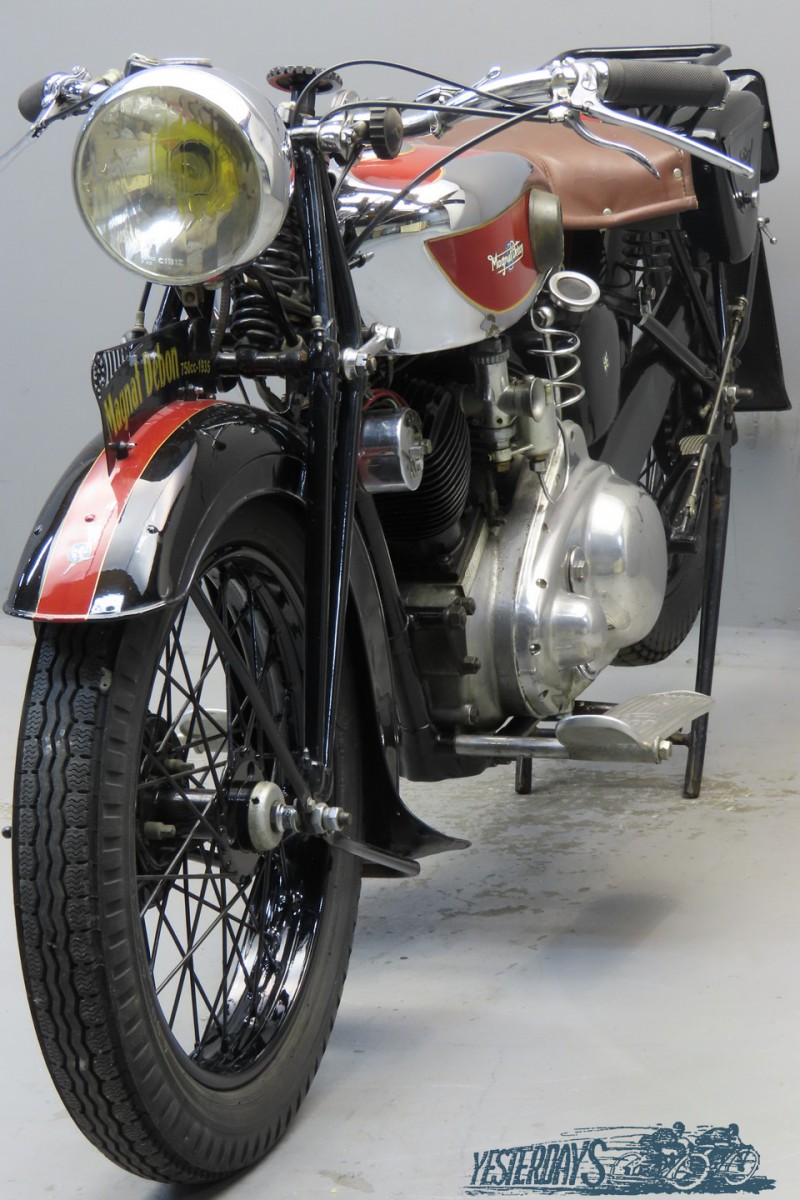 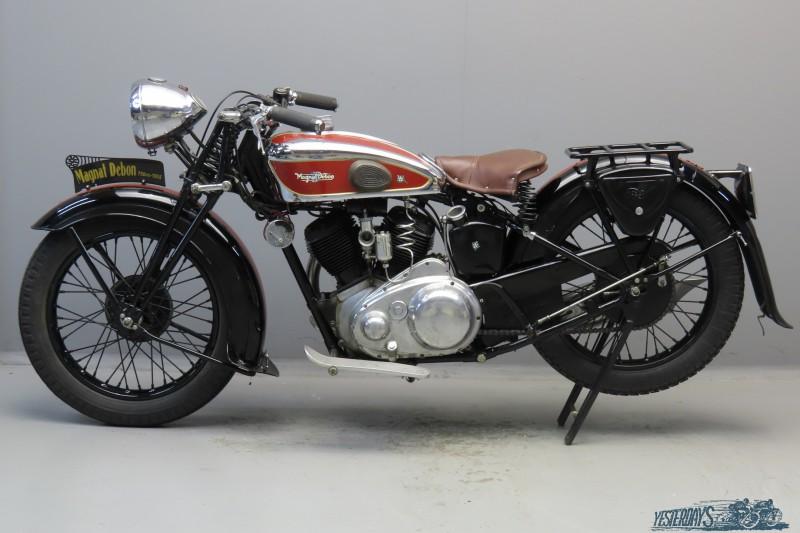 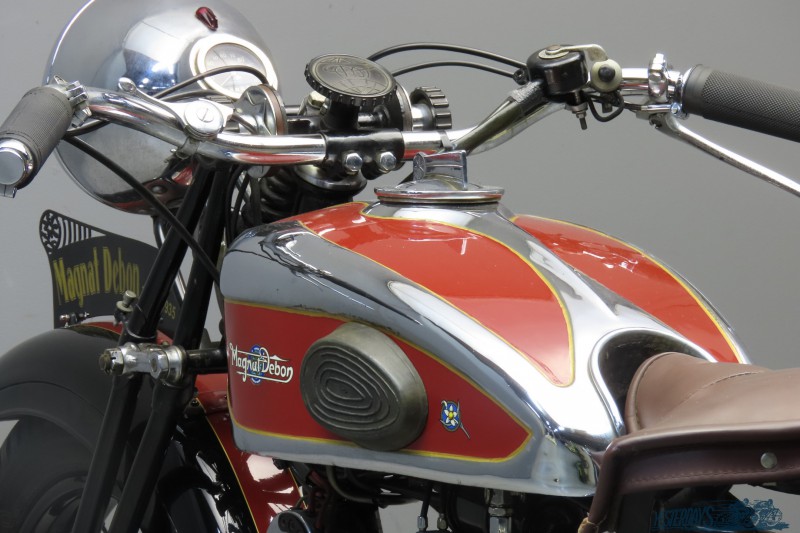 In the year 1900 Joseph Magnat and Louis Debon founded a firm in Grenoble that started to produce bicycles. In 1902 the first motorcycle was produced, equipped with a De Dion Bouton engine. In the years before the first world war the firm prospered: the machines had many novel features such as telescopic front suspension and overhead valves. Both founders died at the end of the war and in the early twenties the company got into financial problems. In 1922 the firm was taken over by the Terrot company. For a number of years the machines of Terrot and Magnat-Debon kept their own identities: the Magnat-Debons were mostly equipped with English Blackburne engines while some of the the Terrots had JAPs. In this way separate agencies could be kept and in the market the two makes operated as separate companies.
From 1929 on the machines were practically identical, including the side valve power source of Terrot’s own manufacture. In the mid-thirties the Magnat-Debon range comprised some 16 models, ranging from a humble 100cc “Vélomoteur” priced at 1425 Francs, to a luxurious 748cc heavy tourer V-twin which was about five times as expensive.
Both makes survived the depression, finally ceasing production in the early ’60s. The top-of-the-range V-twin was designated VMA, and was virtually identical to the Terrot VA. There were a number of detail differences though, a notable was the different headlight. The 50 degree unit-construction side valve engine had bore x stroke dimensions of 70x97mm and comprised a four-speed, hand-change gearbox. Ignition was by battery and coil. The VMA was a compact and extremely good-looking, large-capacity range-leader. The model was aimed at a wealthy and enthusiastic clientele who preferred to motor-cycle rather than drive a car. The V-twins were produced from 1934 till 1939 and a number of Terrot VAs saw military service. The twins were sold in very modest numbers to the general public and it is believed that no more than 10 have survived, most of them being Terrots.

This example has received a high-quality restoration to the original specification in black, red and chrome, retaining such period-correct items as the metal toolboxes and the distinctively-badged cast aluminium silencer. The design of the petrol tank and silencer, together with the gracefully curved rear mudguard clearly show an Art Deco touch. Some of the interesting details are the illuminated number plate, the built-in Jaeger speedo, the aluminium primary chain case and footboards and the French Terry saddle. This very rare and well-finished machine is a good runner and comes with maintenance manual and current registration.