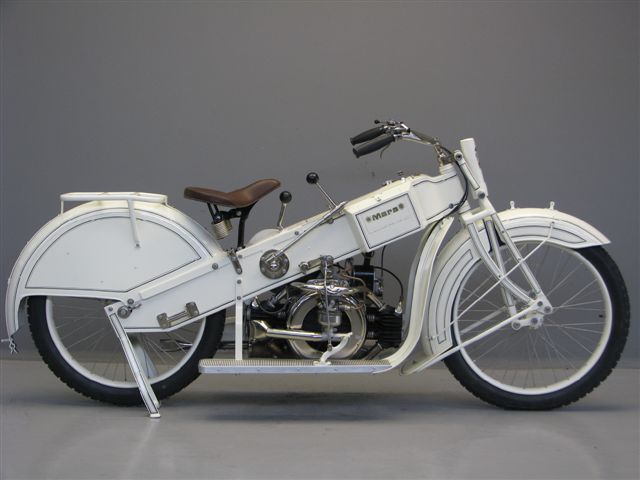 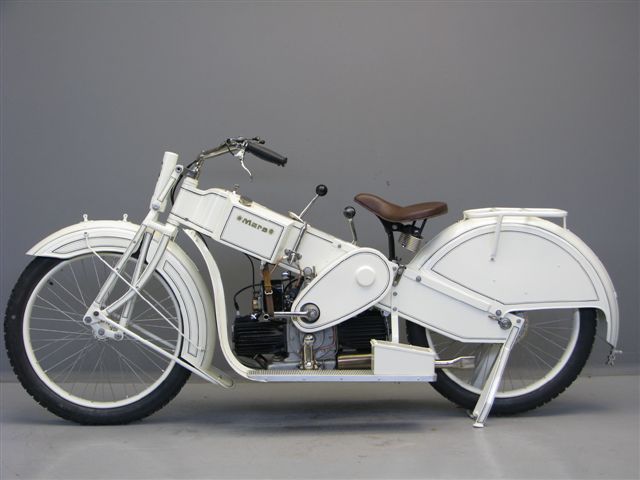 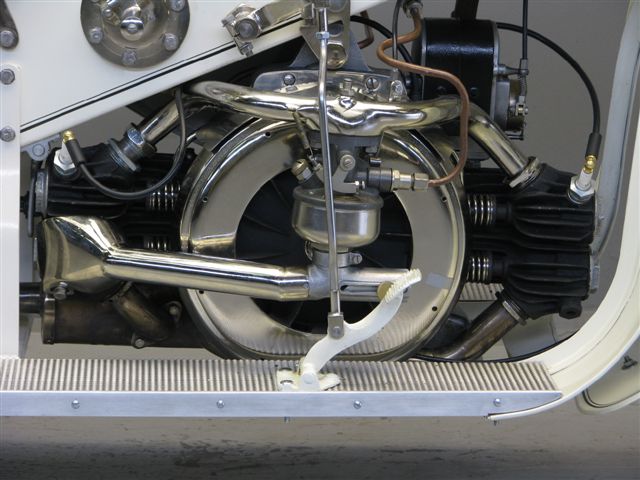 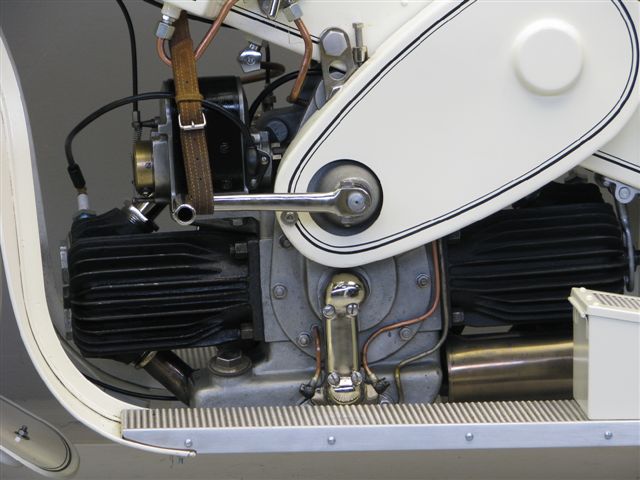 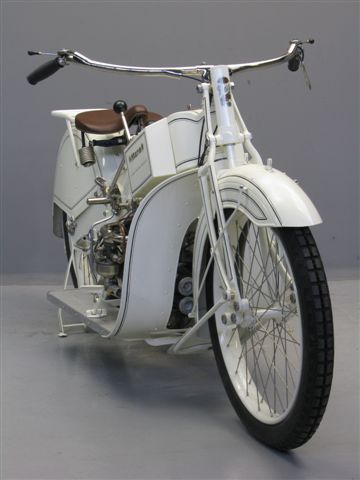 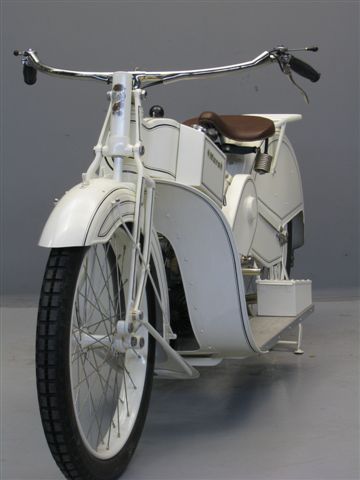 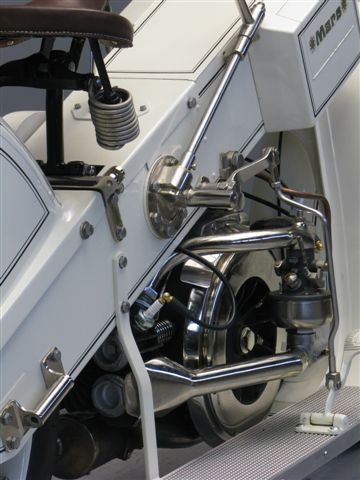 in 1873, paul reissmann founded the company Mars for the production of cast-iron stoves in nuremberg, germany, followed by the production of hand-belt- and engine- driven sirens, grinding machines and bicycles.
in 1903 he began with the construction of motorcycles and small cars.
the most famous design was this legendary ‘white Mars’, designed by the engineer claus franzenburger in 1920 (the design was available also in red and green color).
During the inflation of 1923/ 1924, the mars company came in economic difficulties.
After a change in ownership the Mars machines were distributed under the name ‘MA’.

This Machine is reconstructed with the use of as many as possible original parts around an original ca 1921 Mars Maybach engine, which runs very well.
http://www.youtube.com/watch?v=f-AZzxuwaxM