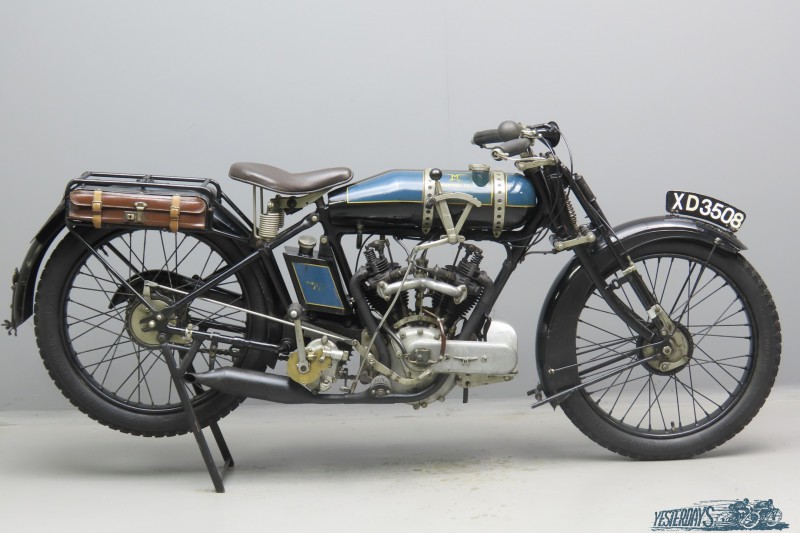 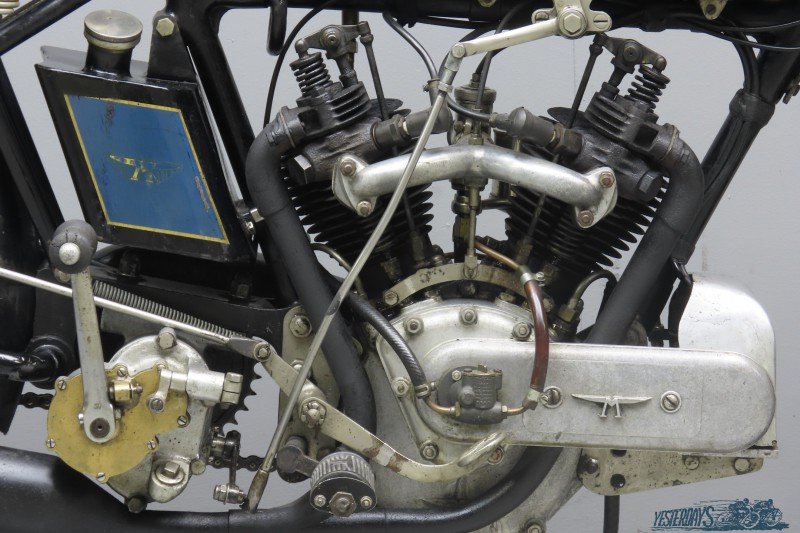 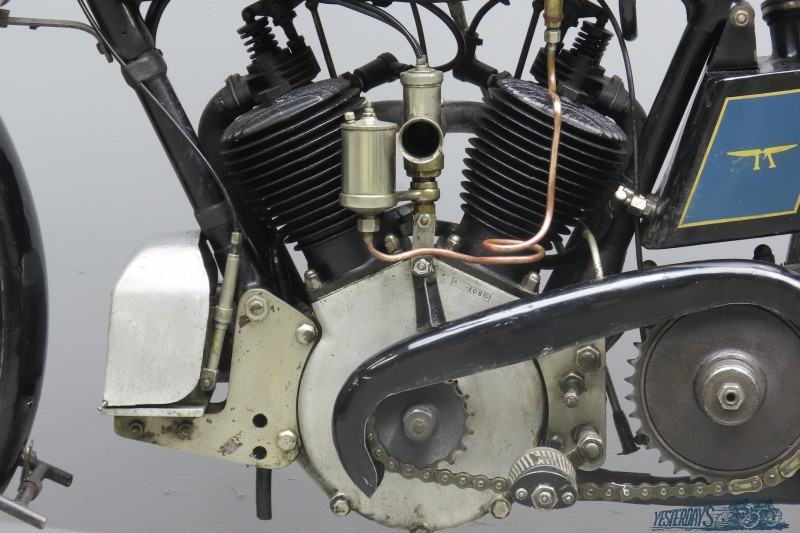 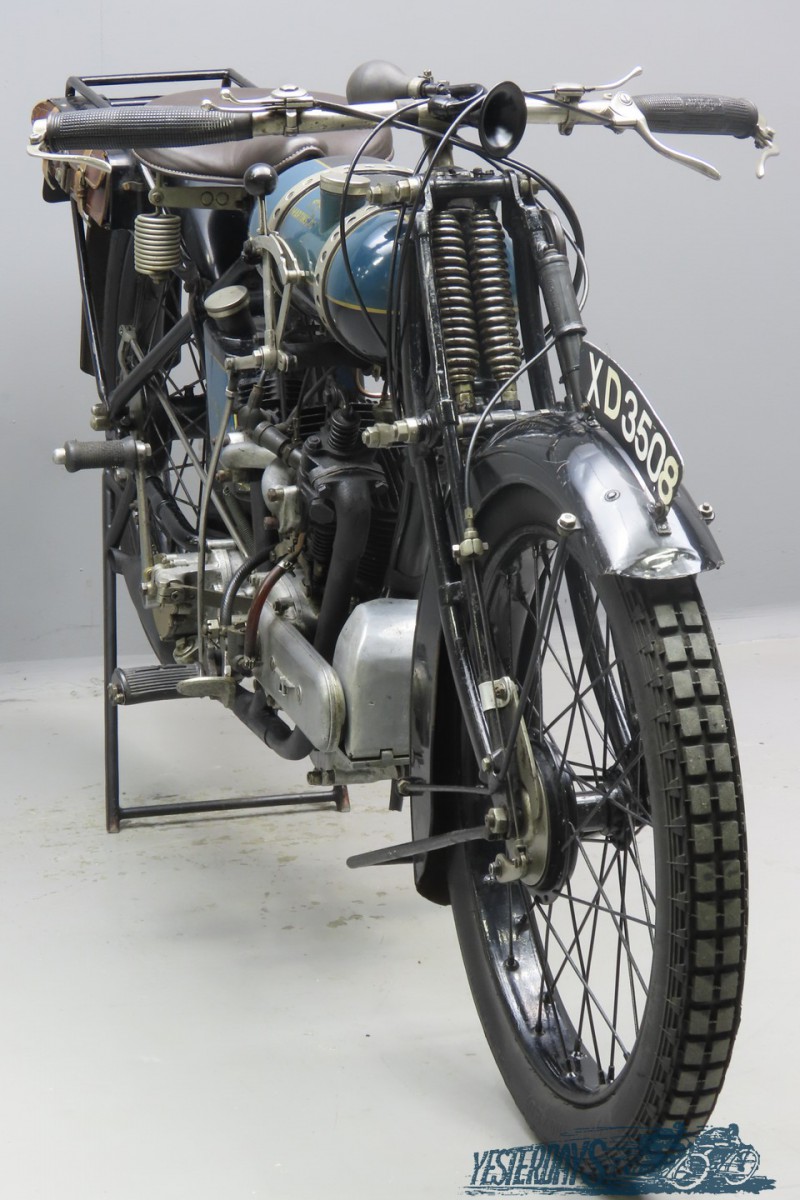 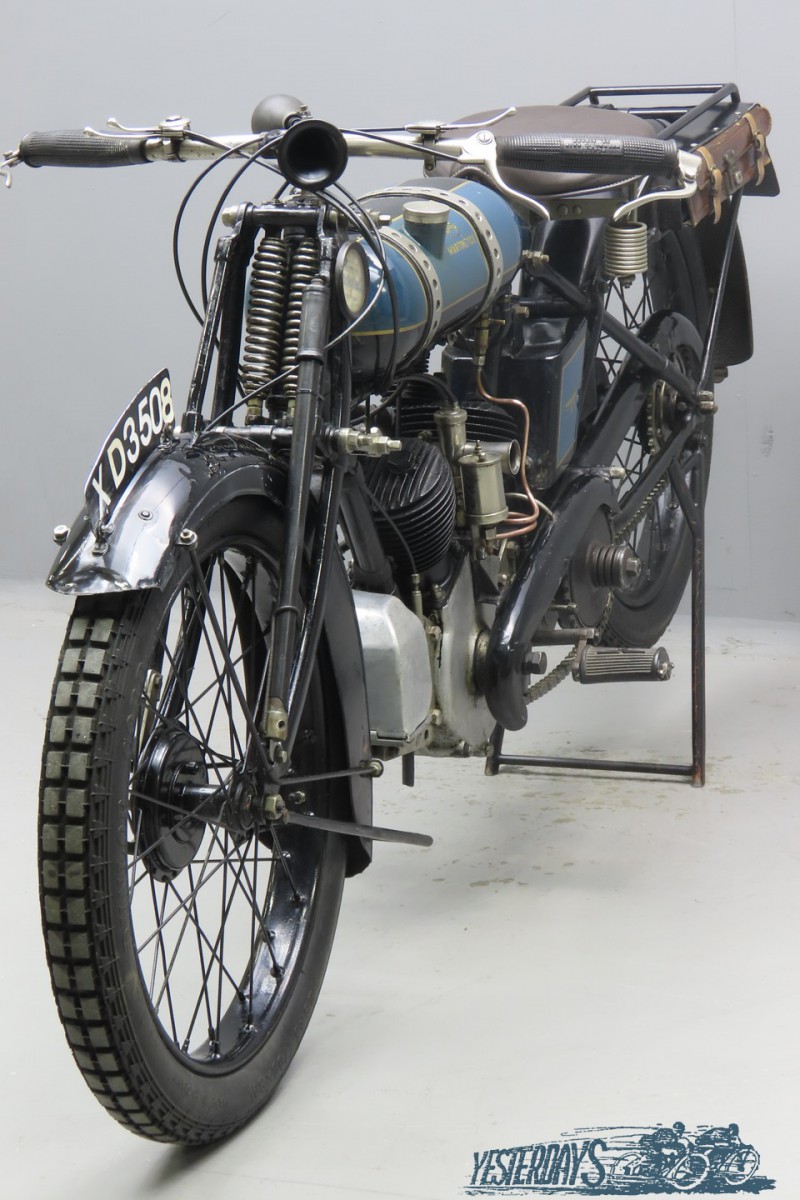 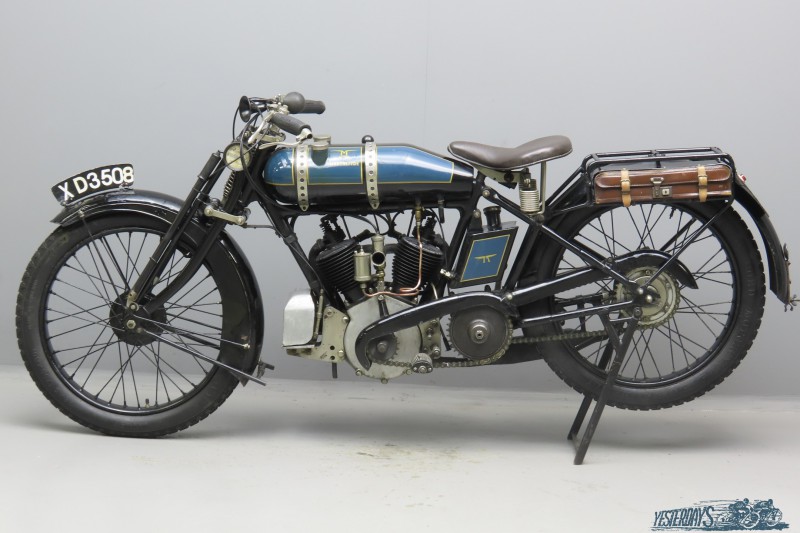 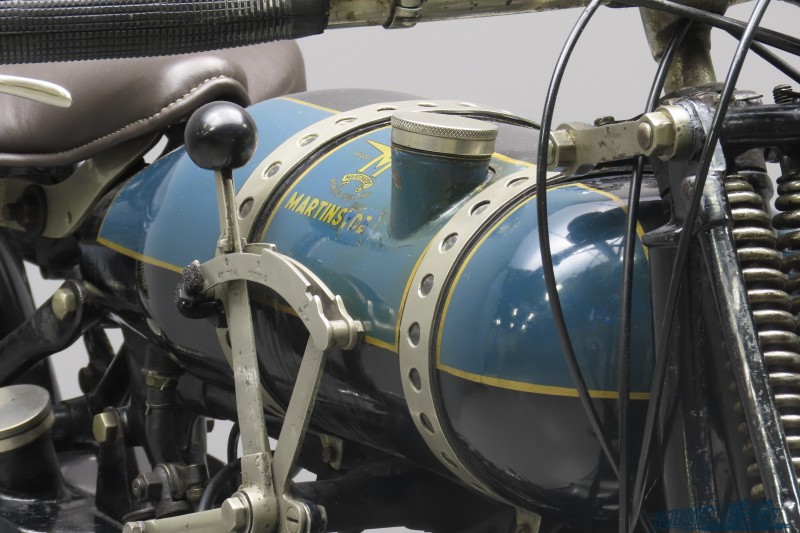 The British firm of Martinsyde was founded in 1908 when Helmuth Paul Martin and George Harris Handasyde went into partnership to build aircraft.
By the end of WWI Martinsyde was Britain’s third largest aircraft manufacturer, occupying sites at Brooklands and Woking. Faced with a sharp downturn in demand for its products, the firm turned to motorcycle production at the war’s end, having acquired the rights to an exhaust-over-inlet engine, designed by Howard Newman, and an AJS gearbox. Problems caused by unsatisfactory frame components having been overcome, Martinsyde motorcycle production got properly underway in 1919.
The company’s first machines, powered by Newman’s 678 cc 50 degree V-twin engine, were marketed as Martinsyde-Newman, which was abbreviated to simply Martinsyde after Newman’s departure.
Smaller, single-cylinder models were added to the range and Martinsydes began to feature in competitions, achieving some successes at Brooklands and at the Scottish Six Days Trial.
Sadly, a disastrous fire in 1922 destroyed the works and Martinsyde went into liquidation, its name and remaining stock being acquired by BAT.
The last complete Martinsyde was sold in 1923 and, according to the Martinsyde Register, today a little over 30 examples of the 2,000-or-so made survive.

XD 3508 was first registered February 4th, 1921.
In 1934 it came into the possession of Chris Tait, who then was still a schoolboy.
He paid a shilling and sixpence for the rather neglected machine, a price for which you could also have a gallon of petrol at that time.
The former owner, a student mechanical engineering, had been given the Martinsyde but he never had managed to get it going.
Chris and his brother did manage so and their adventures with XD 3508 in their 1934 holiday to Cornwall were published in the August 1987 issue of the VMCC Journal.
Another memorable ride was a 2150-mile trip with XD 3508 and another Martinsyde to Lapland in 1972, described in the September, 1972 issue of the VMCC Journal.
Chris kept the machine till his death in 2005 and since then she has only a few careful owners.
This rare Martinsyde can be classified as an older restoration in excellent condition.