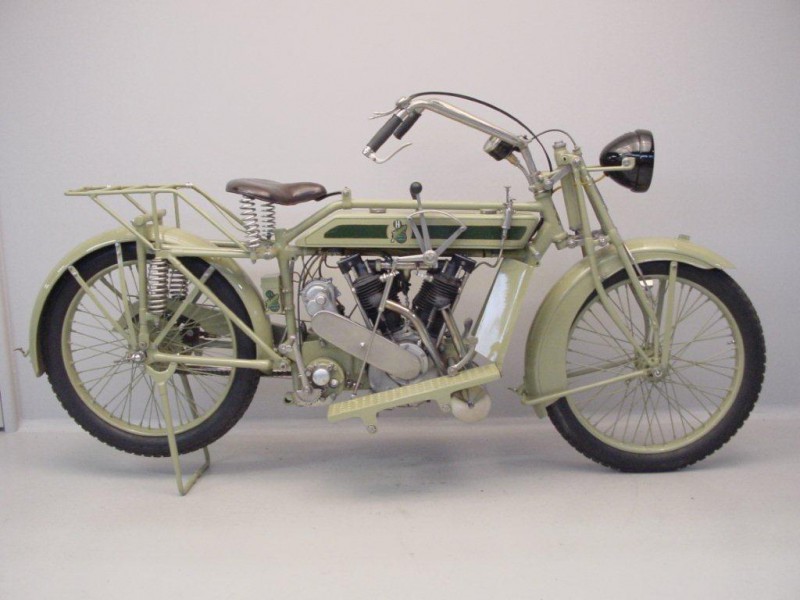 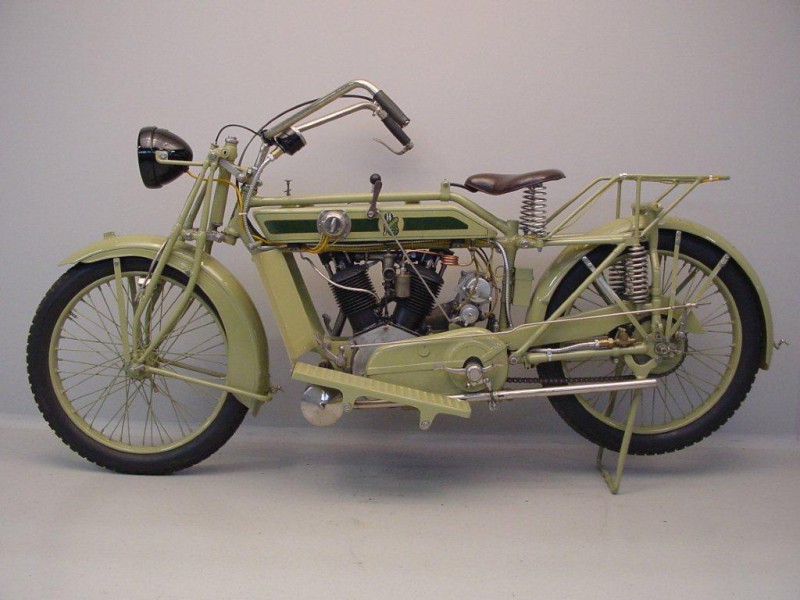 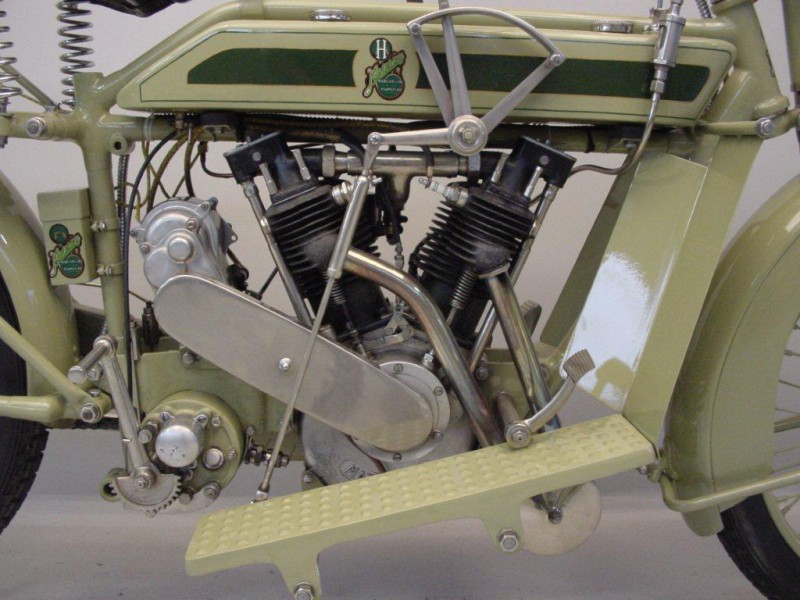 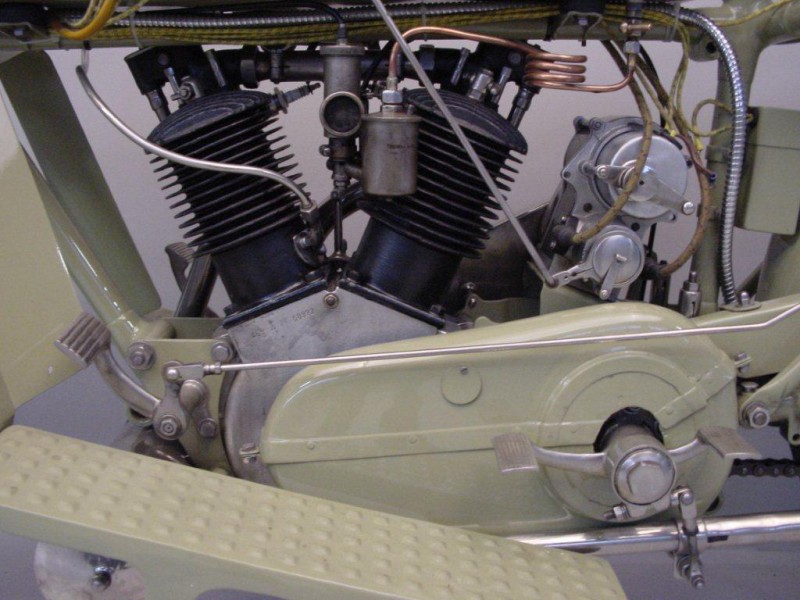 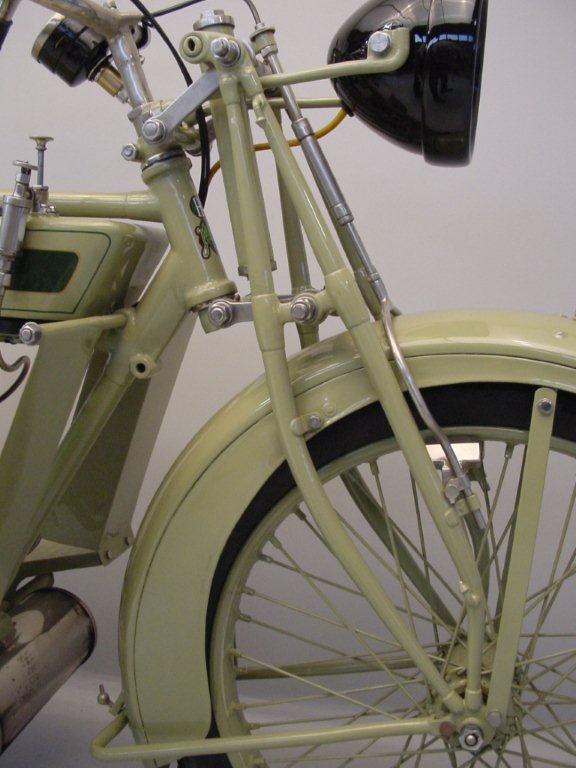 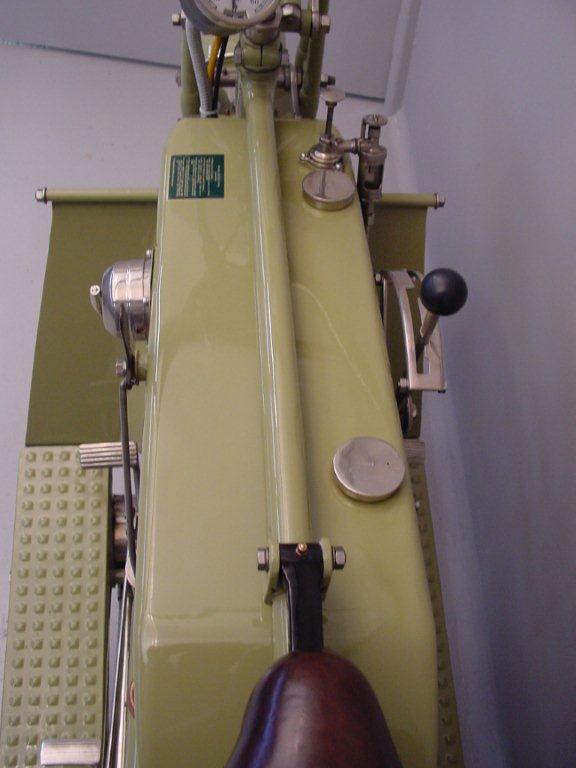 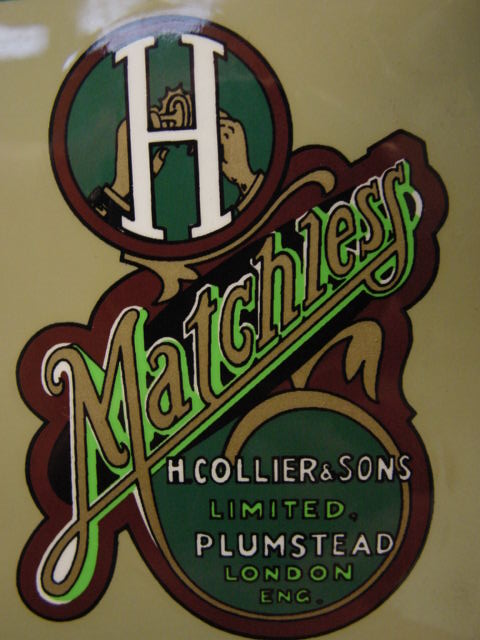 The first Matchless motorcycle was made by the Collier brothers in 1899.
In 1907 the Isle of man TT races in the single cylinder class were won: after a second place in 1908 victories were gained again  in 1909 and 1910, proving that the machines were matchless indeed.
After WW I the company designed a model especially suitable as a sidecar machine, the model “H”. Both  JAP and MAG engines were used as power sources, and  modern features included electric lighting and coil spring rear wheel suspension.
In  “The Motor Cycle” of December 1, 1920  we read: ”The Matchless combination remains practically unchanged for the coming season, the 1920 design having given unqualified satisfaction during the last 12 months.
One little point we were pleased to note, however, was a material increase in the hub bearings…(…)  They are possibly the most massive hubs in the show, and should stand up to the worst possible treatment in this country or any other.”
The machine is equipped with automatic exhaust valve lifter, coupled to the kick start mechanism and  primary transmission by Coventry silent chain.
The 3 speed  cylindrical gearbox is of Matchless’  own design.
The 1000cc MAG engine is of Swiss manufacture and has bore and stroke dimensions of  82×94 mm.