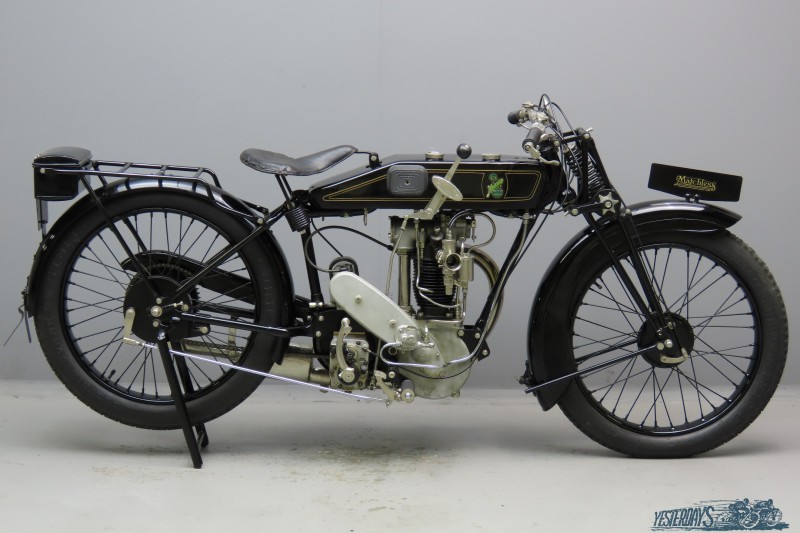 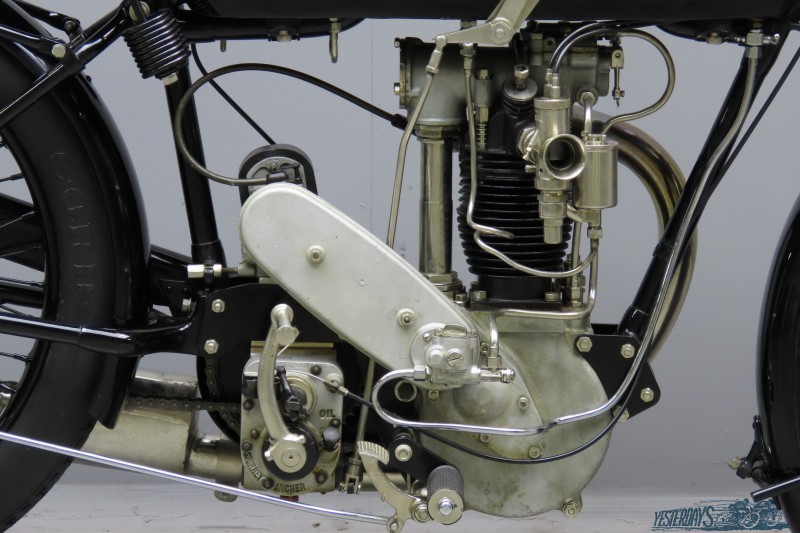 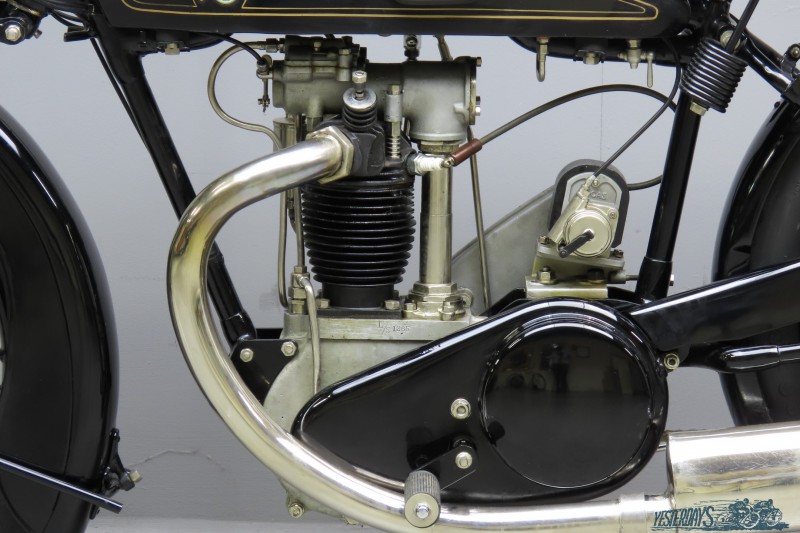 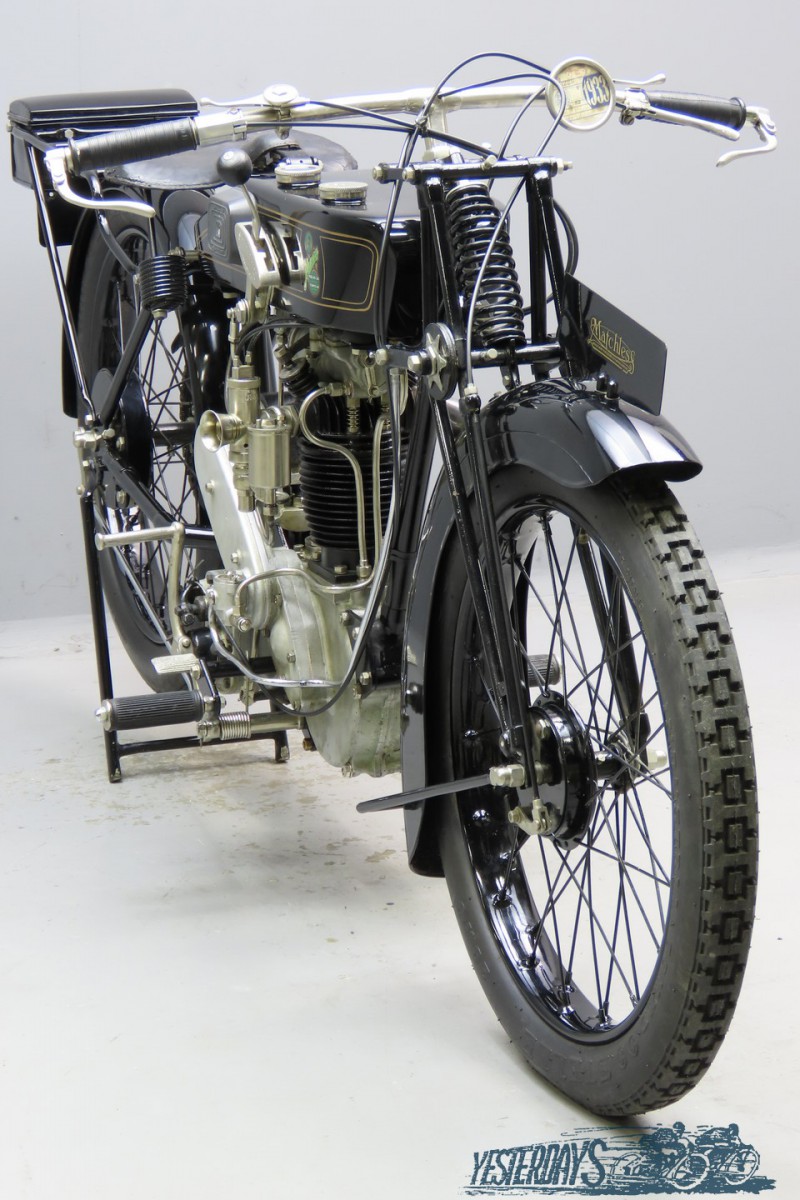 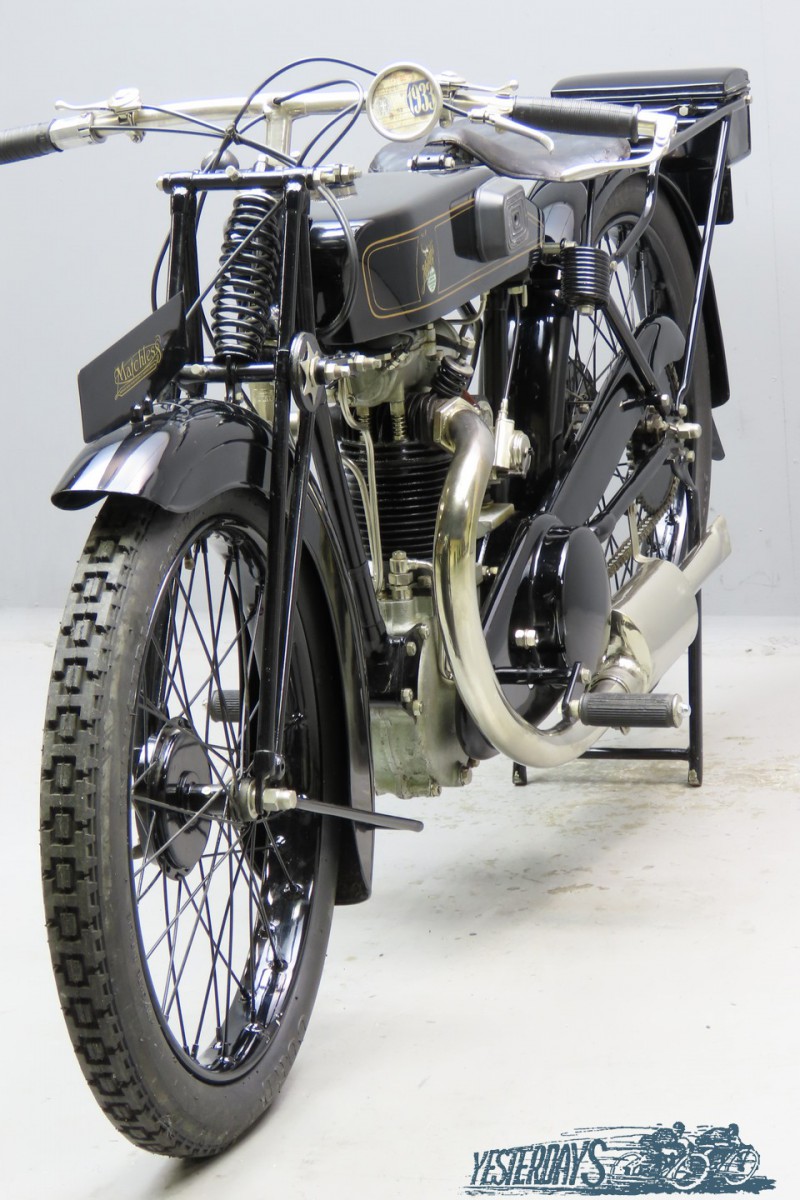 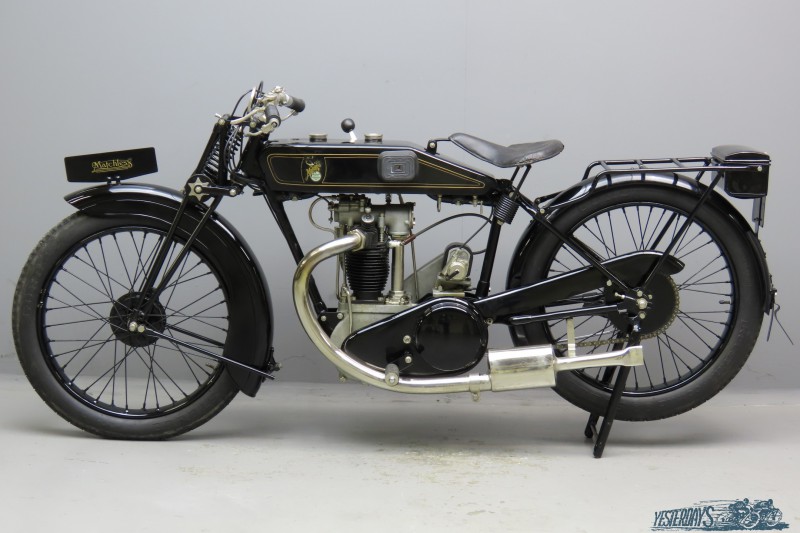 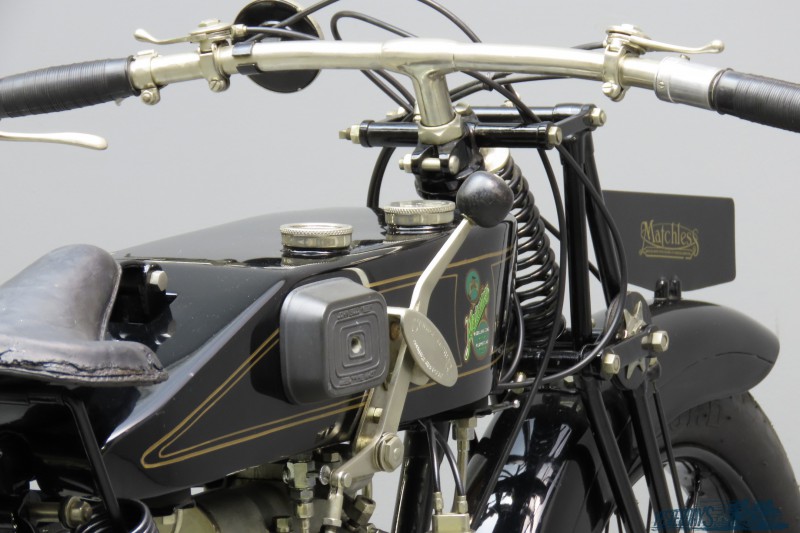 Matchless motorcycles had gained excellent results in the Tourist Trophy races in the Isle of Man from their inception in 1907 until 1914.
After the Great Wat Matchless at first totally ignored the sporting game and went 100% for the family man: they only offered big twin sidecar outfits.
A few years later the company decided it was time to try and get a more sporty image again so they took up the plan to enter the 1923 TT races in the Junior class with a machine that had a totally new engine, designed and produced at their own premises.
Designer was probably no other than Harry Collier.
The engine had bore x stroke dimensions of 69×92.8mm and its inclined overhead valves were located transversely across the cylinder head as opposed to fore and aft as on a conventional engine. The single overhead camshaft was driven by a vertical splined shaft at the rear of the cylinder.
The single exhaust port was placed on the left of the machine, the inlet port was positioned on the right.
The reason for placing the vertical shaft at the rear of the engine was that the cylinder and head could be cooled more efficiently, particularly in the region of the exhaust valve.
The valves were large and the ports were polished and the engine had mechanical lubrication by Best & Lloyd pump.
The new engines were not really race ready for the 1923 TT so the company went for proprietary Blackburne OHV power sources.
The race was not a success, all Matchless-Blackburne entries retired.
The new OHC machine was presented as a sports roadster for the 1924 season and stayed, with a number of refinements, in production till the end of 1929.
In Old bike #16 (winter 1995/1996) we find a 5-page article describing in detail the unusual engine configuration of the L/S.
According to the author two or three engines were known to exist at that time and “one complete machine is said to be somewhere in Australia”.
So it’s clear the L/S is a very rare bird, it’s the first one we have ever laid eyes on!
The L/S we proudly present here has been restored with care.
She comes with 26×3 tyres, internal expanding brakes, close ratio Sturmey-Archer gearbox, Leckie saddle and twist-grip carburettor control.