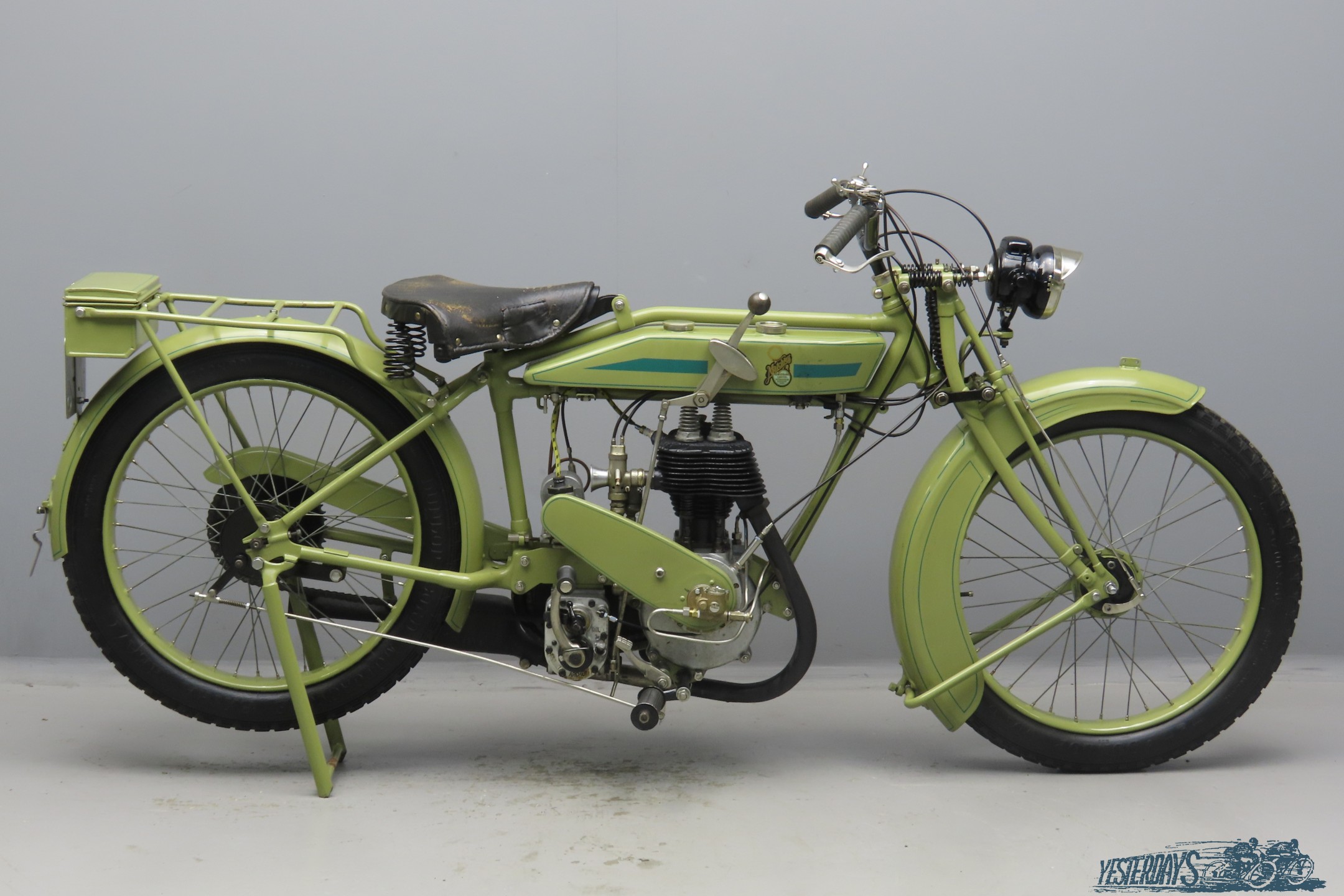 The first Matchless motorcycle was made by the Collier brothers in 1899.
In 1907 the Isle of man TT races in the single cylinder class were won: after a second place in 1908 victories were gained again in 1909 and 1910, proving that the machines were matchless indeed. After WW I the company designed a model especially suitable as a sidecar machine, the model “H”.
Both JAP and MAG engines were used as power sources, and modern features included electric lighting and coil spring rear wheel suspension.
The company decided it would be smart to broaden the range and not only focus on big twins, so for the 1923 model year a single was brought out, the 348 cc model L with side valve Blackburne engine.
This model was developed further with an engine of the company’s own manufacture and for 1925 it was marketed as the “L / 3”.
The machine features mechanical oiling, internal expanding brakes, a three speed Sturmey Archer gearbox and Lucas magneto.
This practical vintage Matchless is road-registered and has been restored with care