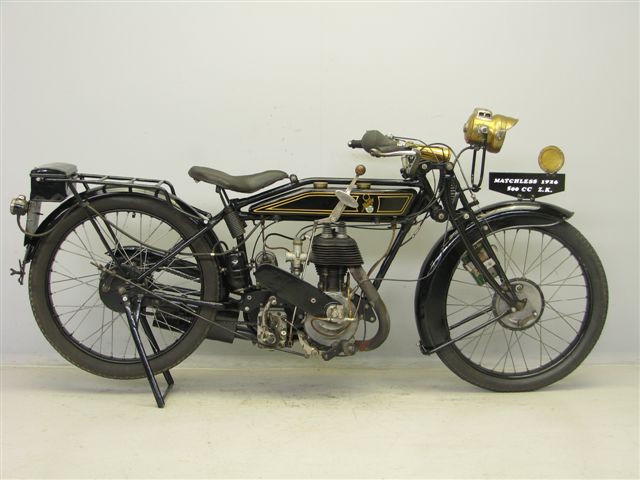 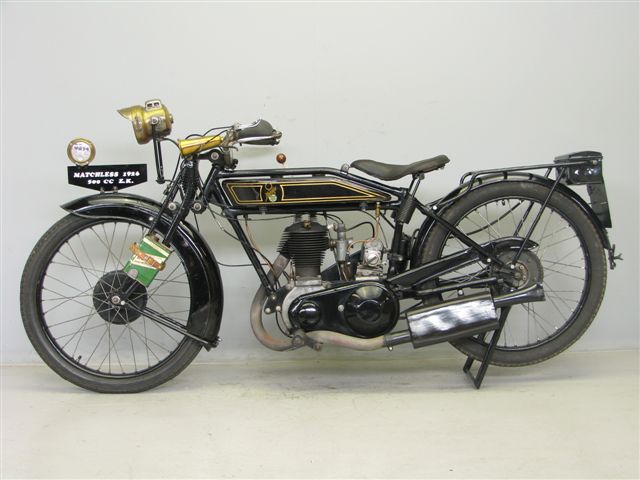 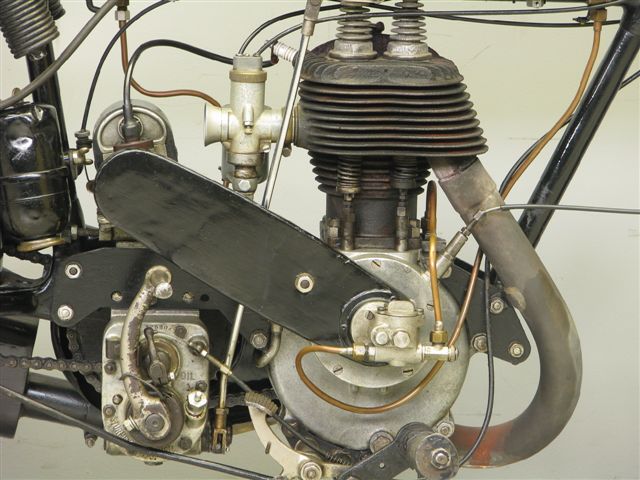 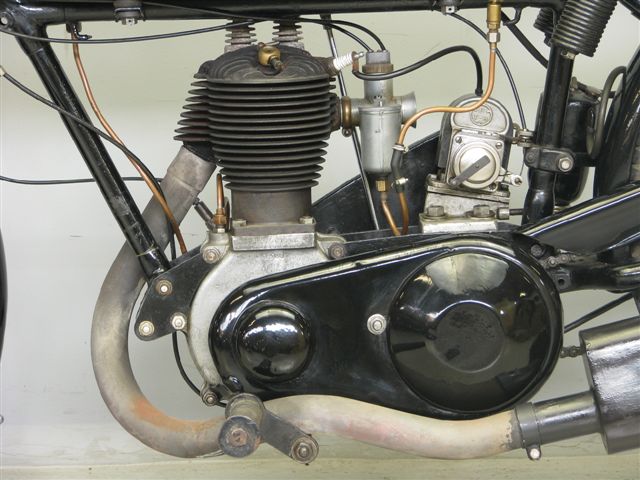 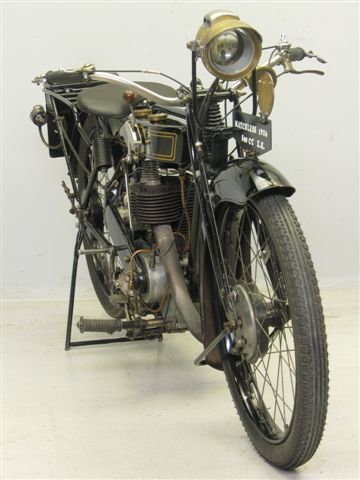 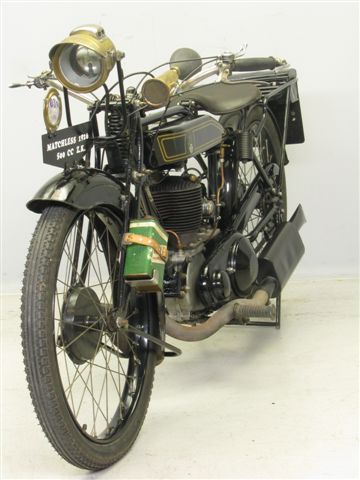 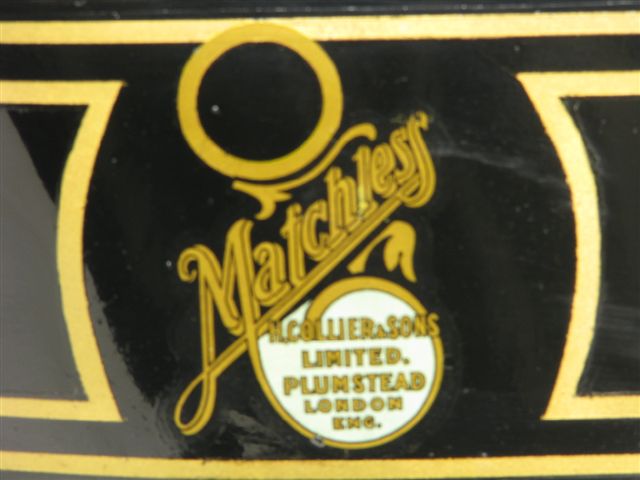 The first Matchless motorcycle was made by the Collier brothers in 1899.
In 1907 the Isle of man TT races in the single cylinder class were won: after a second place in 1908 victories were gained again  in 1909 and 1910, proving that the machines were matchless indeed. After WW I the company designed a model especially suitable as a sidecar machine, the model “H”.
Both  JAP and MAG engines were used as power sources, and  modern features included electric lighting and coil spring rear wheel suspension.
In 1923 a single was brought out, the 348 cc model L / 2  with side valve  Blackburne engine.
This model was developed further in the next few years and for 1926 a  498 cc version was presented, the  “L / S”, which retained the cycle parts of the 348 cc model.
The machine features mechanical oiling, internal expanding brakes, a three speed Sturmey Archer gearbox and BTH magneto.
An acetylene lighting set is fitted.
This machine, with pleasant sporty lines,  is an older restoration.