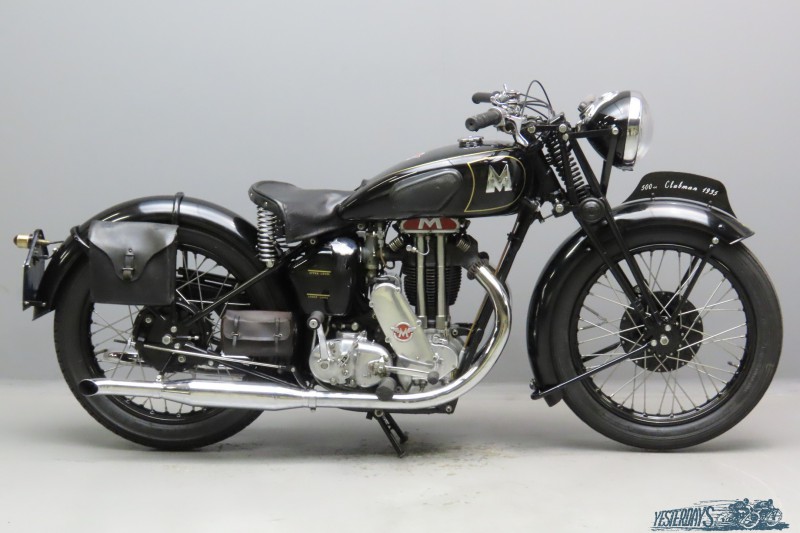 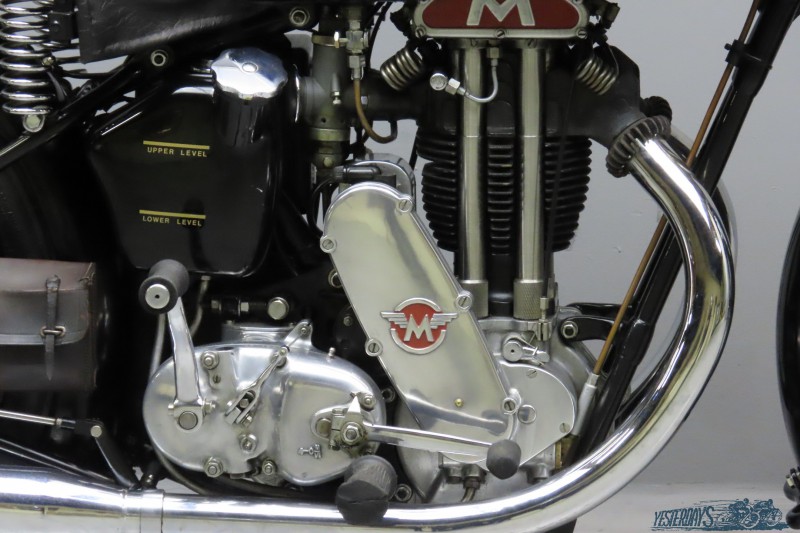 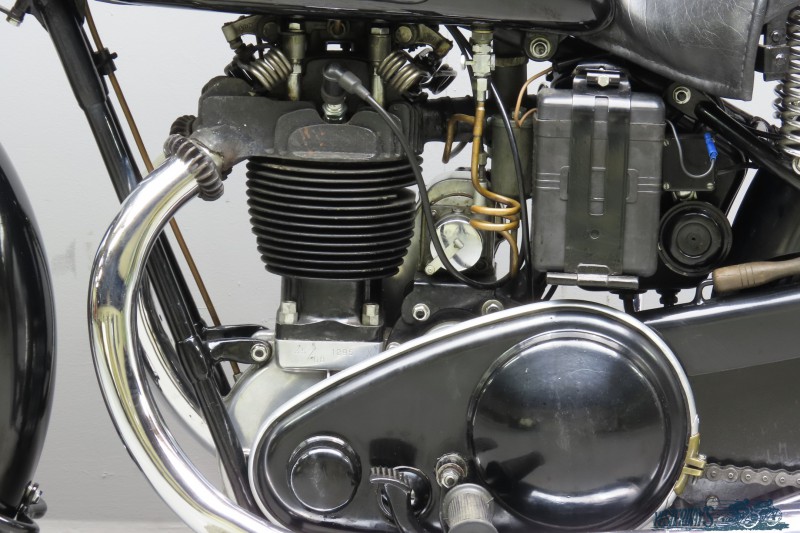 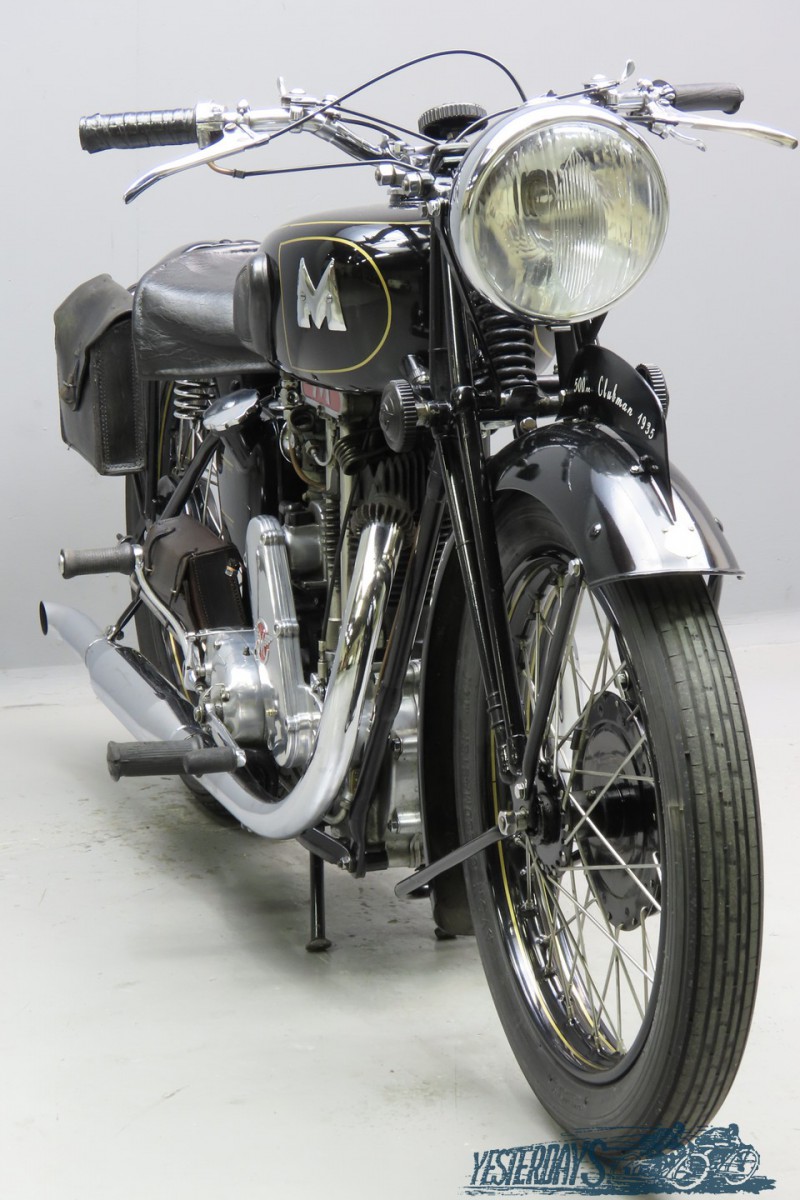 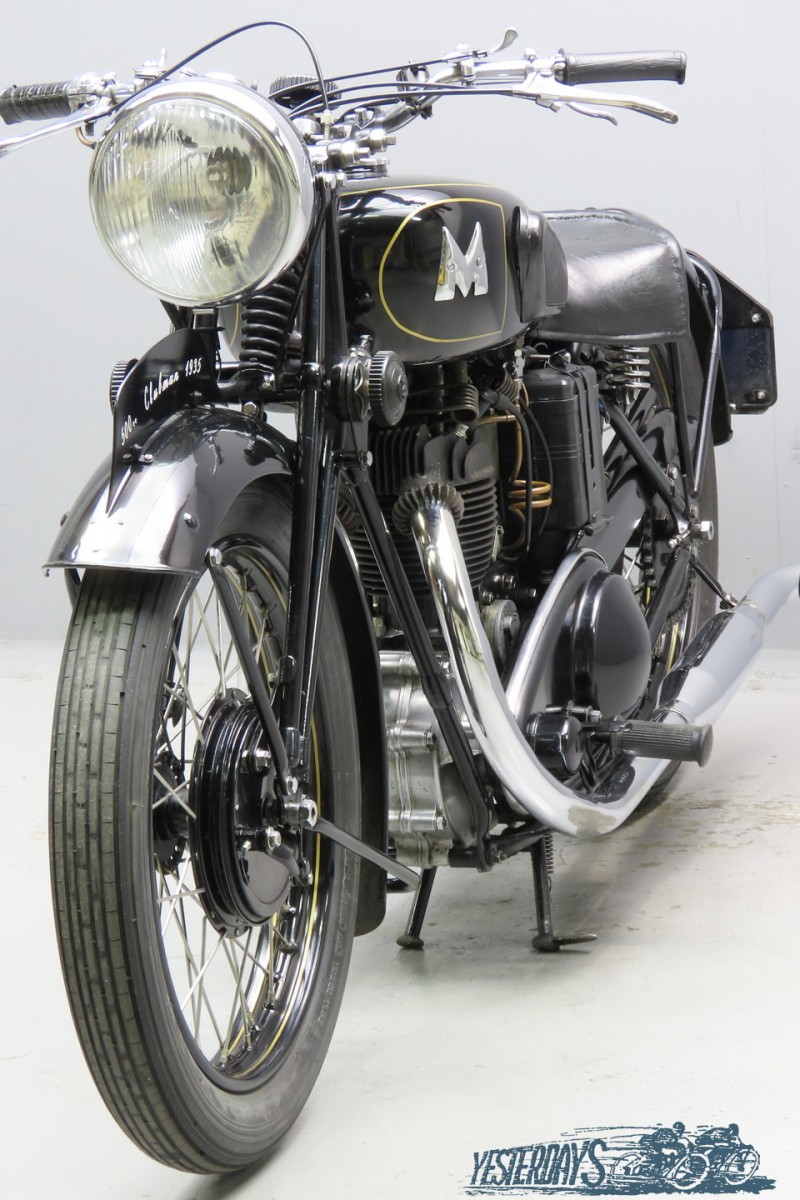 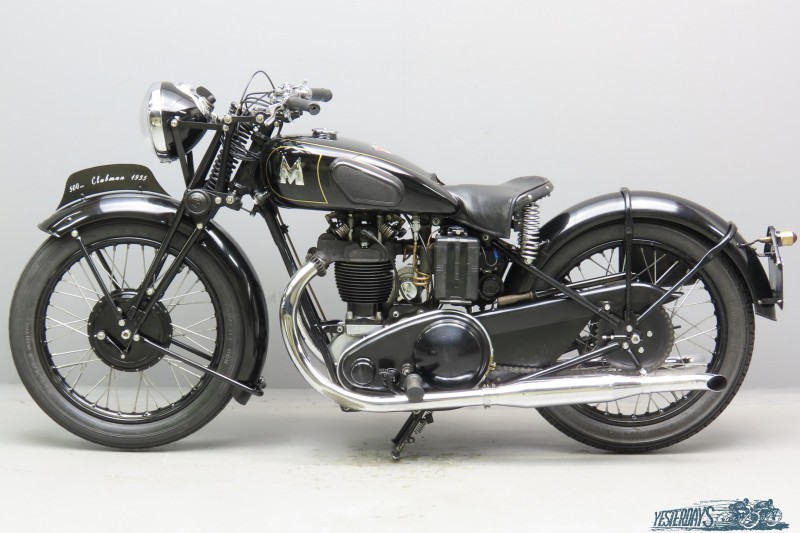 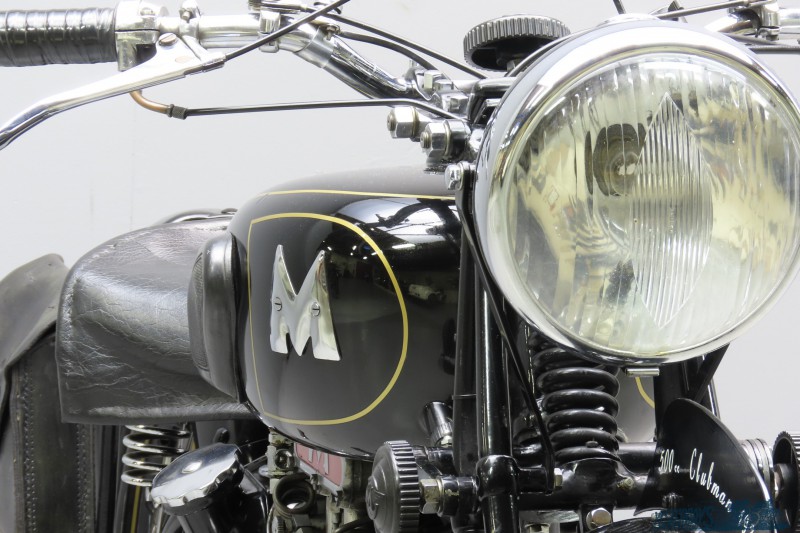 In 1933 Matchless brought out a new engine in the 500cc class with bore x stroke dimensions of 82.5 x 93mm.
It was used in the Model D/80 and this engine became the forerunner of the Matchless heavyweight singles.
As was popular in those years, the engine was inclined.
It was fitted with a twin port exhaust system and positive lubrication of the rocker box from an integral tapping of the oil pump.
In the course of 1935 the “Clubman” range was brought out.
The engine was placed upright now and was a further improvement of the earlier 1935-type “Sports 500” engine.
In the International Six Days’ Trial held in September 1935 two “500 Clubman” Matchless machines completed the whole course without losing a single mark and were rewarded International Gold Medals. Large diameter high-level exhausts were standard but low exhaust pipes were optional without extra charge.
There’s a practical spring-up centre stand which is arranged so that when in the ”up” position it does not reduce the ground clearance of the machine.
The gearbox has four speeds and is foot-controlled.
The front chain runs in an oil bath and hairpin valve springs are fitted.
The Motor Cycle road tested the 350cc version which was labelled “G3” in its issue of May 8, 1935.
The G3 had the same cycle parts and was identical to the G80 apart from the engine.
The tester was very positive about the clean appearance of the power unit, the excellent handling and the quick and easy gear change.
An interesting design detail mentioned was the “crutch protector”, a deflector at the saddle end of the tank meant to prevent rain draining from the top on to the rider’s legs.
The machine we present is a very well detailed older restoration.
She comes with brass dealer plates “Van Wijk, Apeldoorn”, full electric lighting, two leather tool bags and tyre pump.
This sporty ohv Matchless is a good runner and registered for the road.