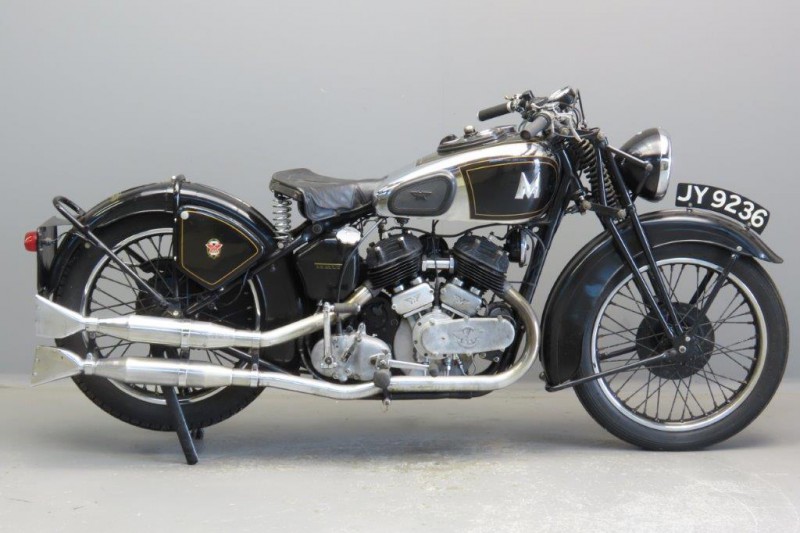 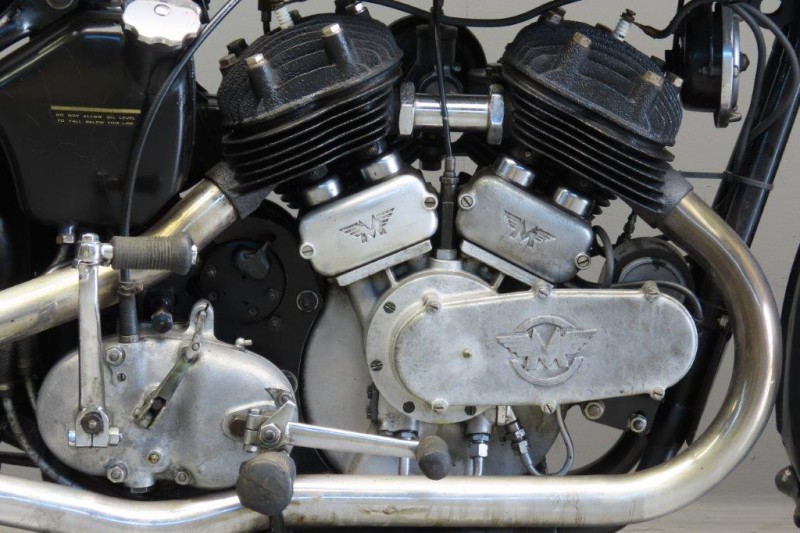 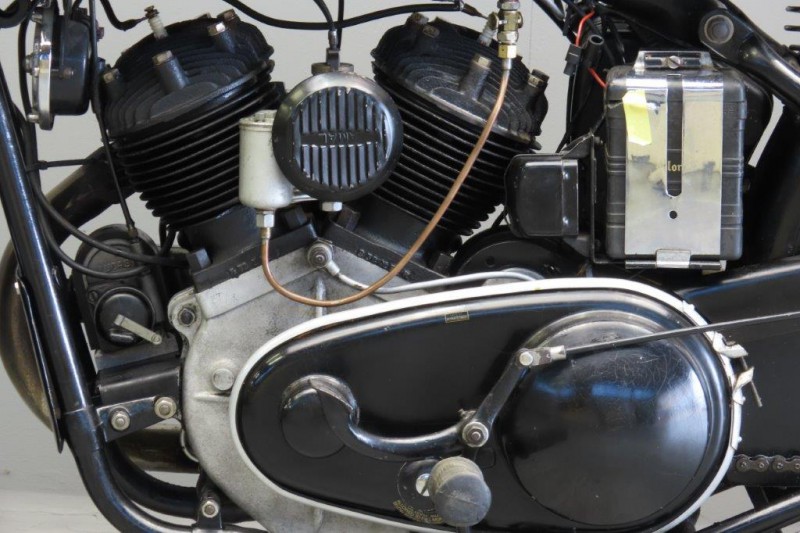 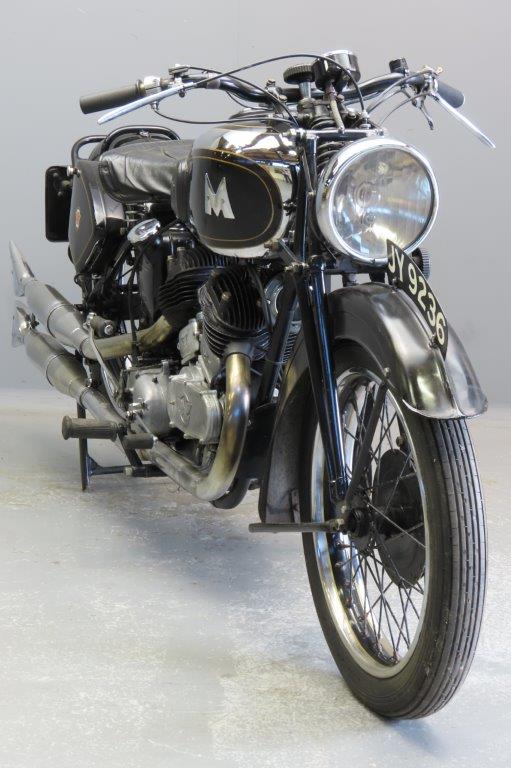 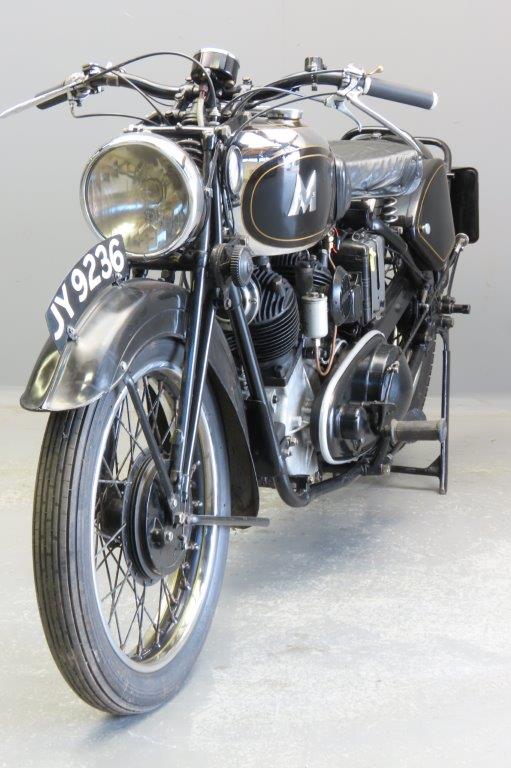 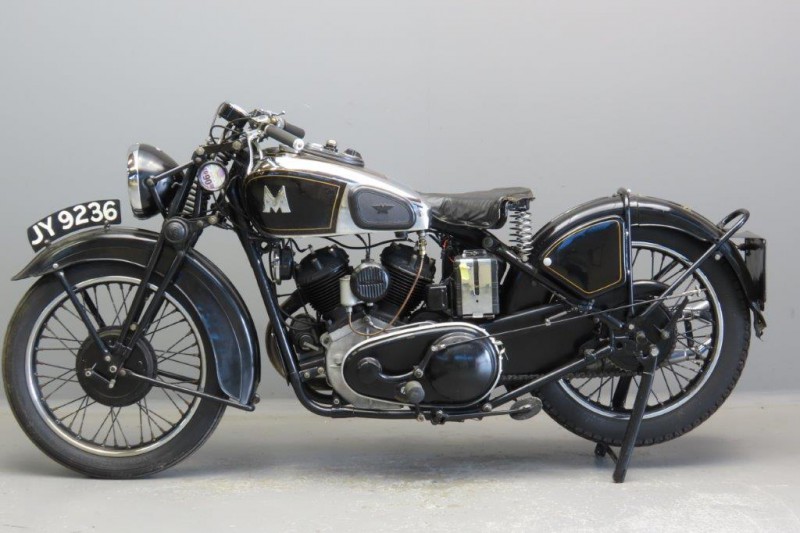 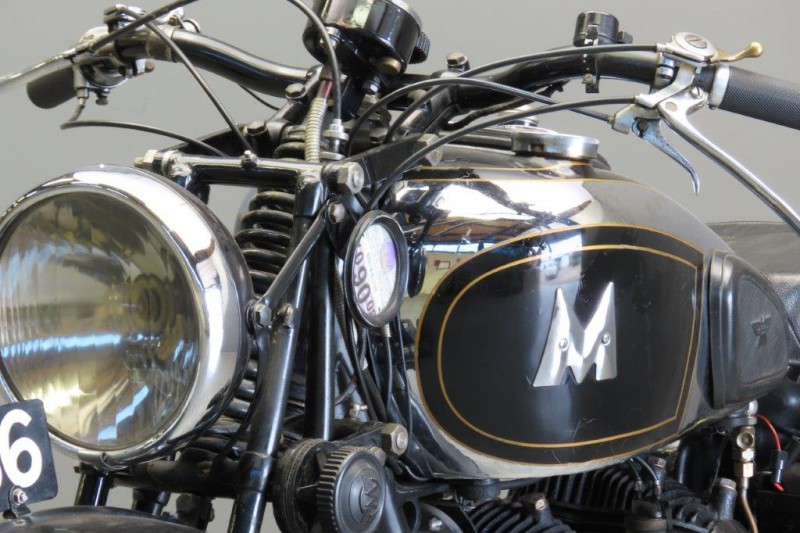 The first Matchless motorcycle was made by the Collier brothers in 1899.
In 1907 the Isle of man TT races in the single cylinder class were won: after a second place in 1908 victories were gained again in 1909 and 1910, proving that the machines were matchless indeed. After WW I the company designed a model especially suitable as a sidecar machine, the model “H”.
Both JAP and MAG engines were used as power sources, and modern features included electric lighting and coil spring rear wheel suspension.
From the mid- twenties on the Collier Brothers produced their own 982 cc big v-twin engine, which was mainly designed as a sidecar puller.
This engine was developed further and got the “model X” designation in 1929.
There were yearly modifications and in the thirties some faster versions were brought out as solo mounts; from 1935 on the Model X engine was supplied to Brough Superior for use in their SS80 model.
For model year 1937 the X was completely redesigned as a fast touring machine.
The frame was shortened, the dynamo was now positioned in the engine plates above the gearbox and the separate magneto was placed in front of the engine.
The exhaust port design had been considerably modified and on both cylinders the exhaust pipes emerged almost at right angles. As a result the cooling of the lower halves of the cylinders and the valve chests was much improved. Forks, hubs and brakes were all of different design as compared to the earlier model X machines.
The short frame, neatly flared mudguards with centre ribs and a new 18-litre fuel tank gave the 1937 v-twin a much more compact and sporting appearance than its forebears.
Production of the impressive “X” ended in 1940.
This machine was registered on October 29, 1936 and has the new specifications for 1937.
It was extensively restored in in 1980s and has not been ridden for about 10 years.