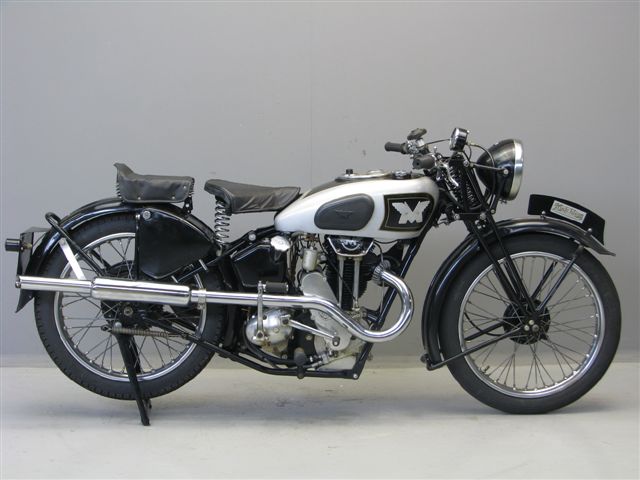 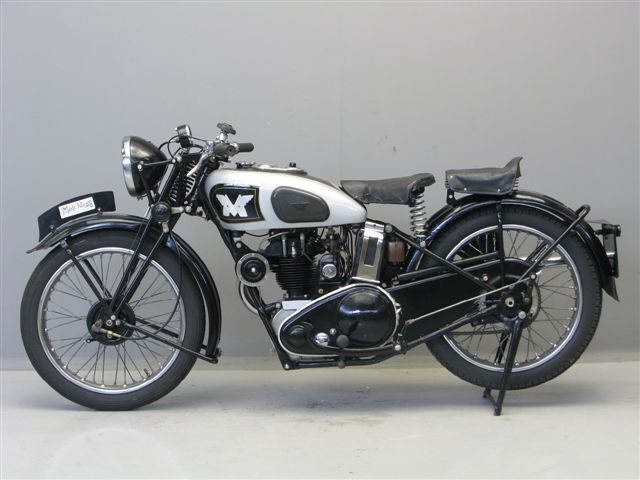 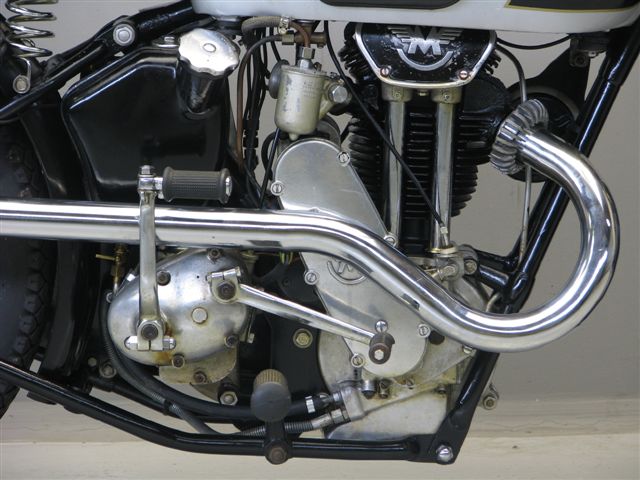 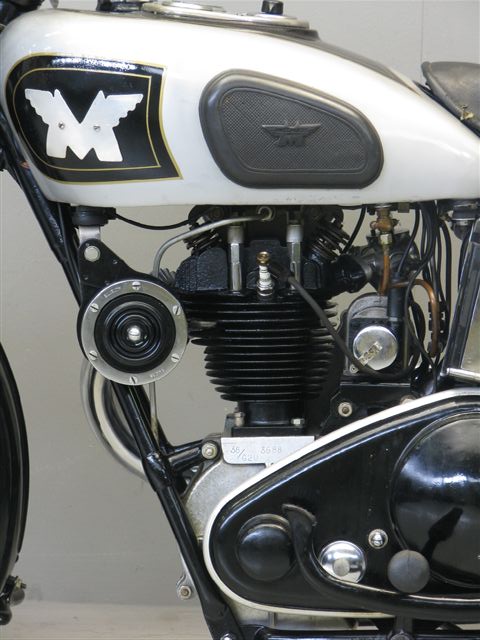 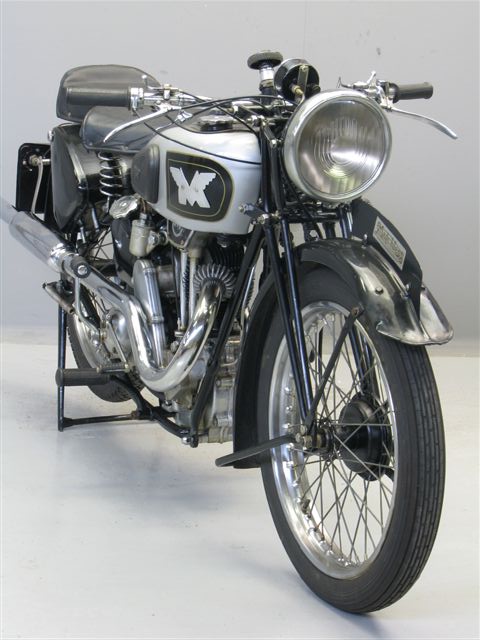 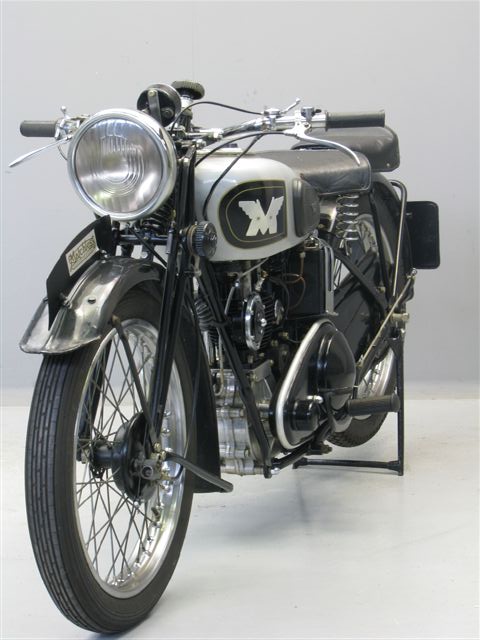 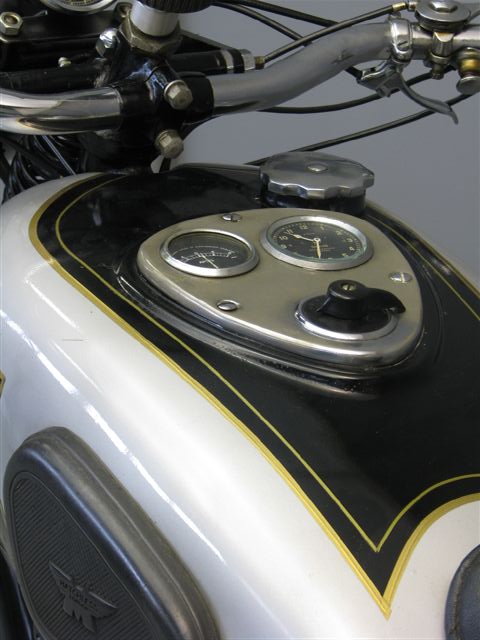 The first Matchless motorcycle was made by the Collier brothers in 1899.
In 1907 the Isle of man TT races in the single cylinder class were won: after a second place in 1908 victories were gained again in 1909 and 1910, proving that the machines were matchless indeed.
After WW I the company designed a model especially suitable as a sidecar machine, the model “H”. Both JAP and MAG engines were used as power sources, and modern features included electric lighting and coil spring rear wheel suspension.
In the course of the twenties the range was widened and by 1938   12 models were supplied (3 with side valves and 9 with  overhead valves), ranging from 246 to 990 cc.
The 250 cc class had grown considerably in the first half of the thirties:  of the 1932 models displayed at Olympia 14.2 % had been 250 cc machines, for the 1936 models this figure had grown to 29.2 %.
This made the 250 cc class the most popular class; 500 cc machines came second with 26.8%.
For the 1938 models these figures were somewhat different: the 500 cc class regained its superiority with 32.5 % and the two-fifty class was a good runner up with 25.8 %.
New for 1938 was the winged “M” in chromium that replaced the plain chromium logo.
This attractive and well sorted older restoration has a four speed gearbox and  full electric lighting.