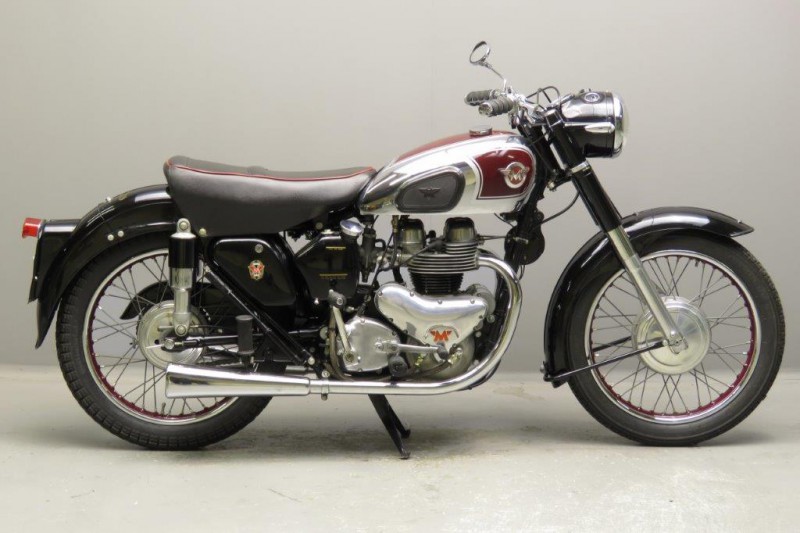 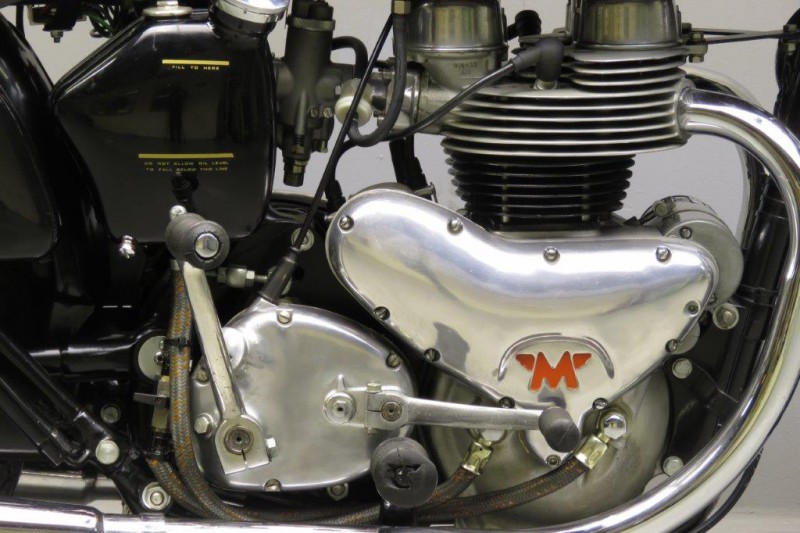 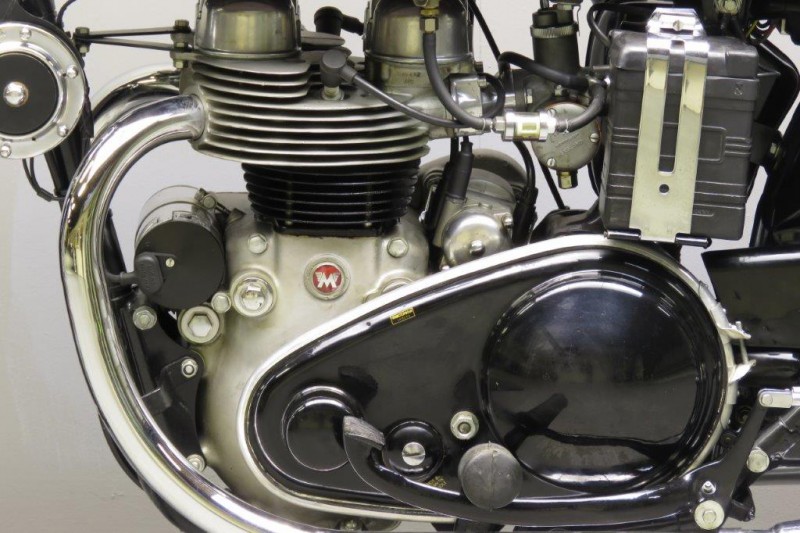 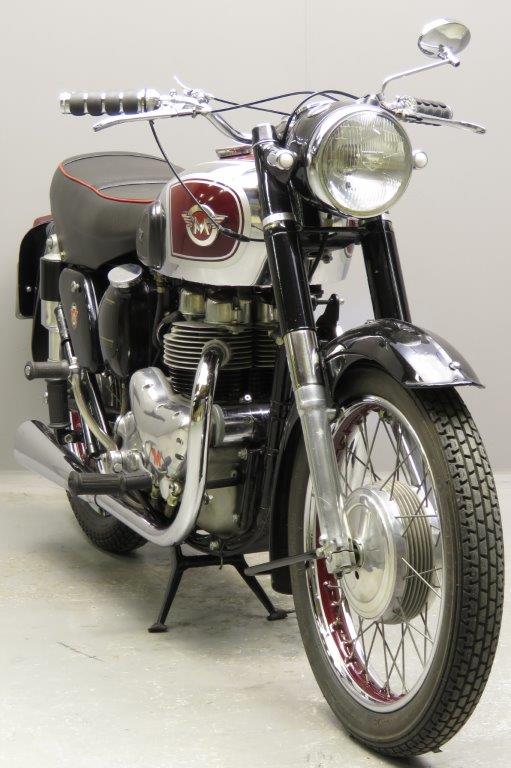 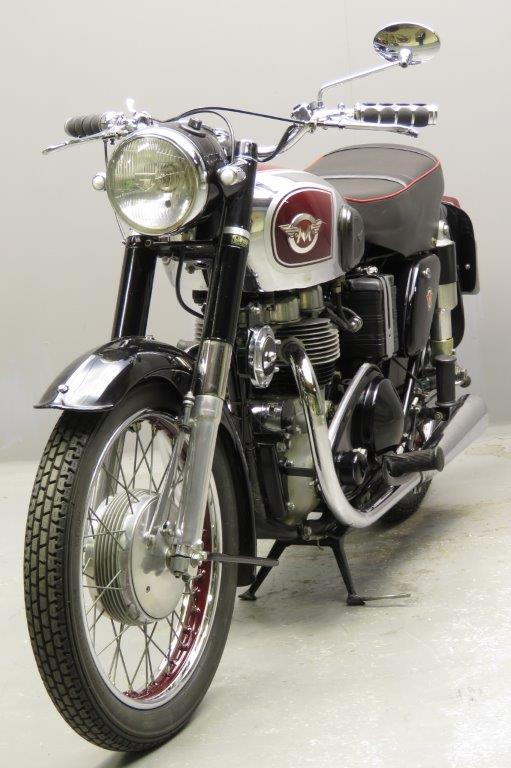 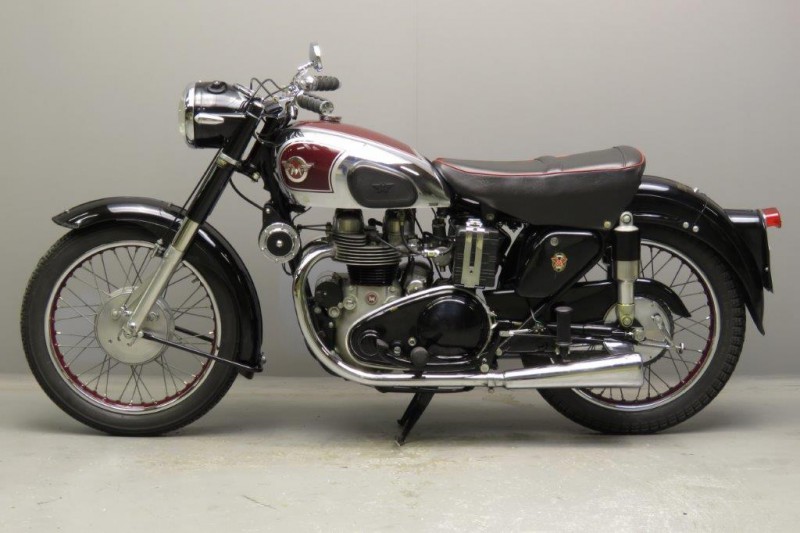 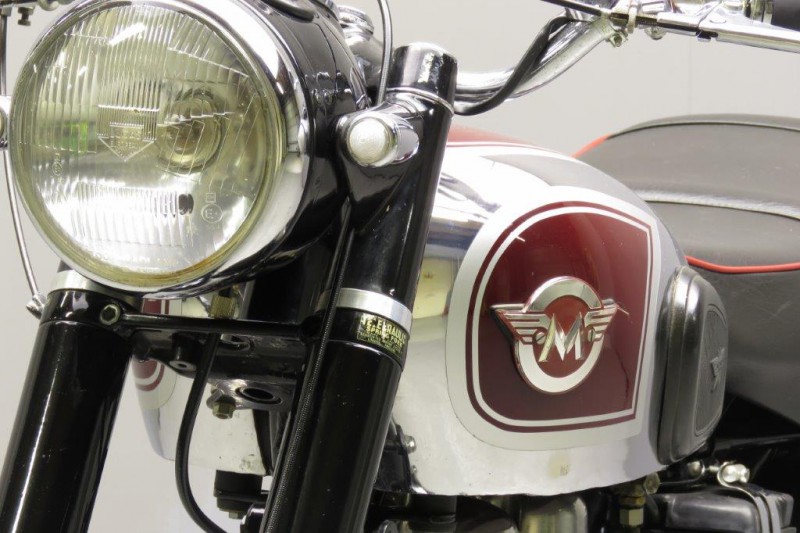 By early 1948 there were five manufacturers listing 500cc parallel twins, and that total jumped to seven at November’s
Earls Court Show when AMC joined the trend with the AJS Model 20 and the G9 Matchless; verily, British enthusiasts were spoilt for choice, except that virtually all current production – singles and twins – was destined for vital overseas currency-earning markets. I
n an historical footnote it is interesting to record that AMC never made a plunger spring frame in the post war period, choosing to go directly from rigid rear end to swinging arm; both the new twins of course having  rear suspension from the outset.
It was a traditional AMC quirk that the factory insisted on making its own suspension units, of which the “Jampot” type is not regarded too reverentially.
[Possibly forgotten in some quarters it will be recalled that Jampots were preceded by slimmer, equally poor, units known as “Candlesticks”.]
That said the majority of today’s enthusiasts are happy enough with AMC’s own, provided they were fitted in period. While the AMC twins were overshadowed by the more glamorous twins from Triumph, BSA and Norton, AMC owners learned to appreciate their machines’ superior build-quality and handling.
In nearly every respect the AMC twins embody a near-perfect combination of the attributes sought by many classic bike enthusiasts.
This Matchless G9, which recently was sympathetically restored, has had very light use since then and looks and runs beautiful.