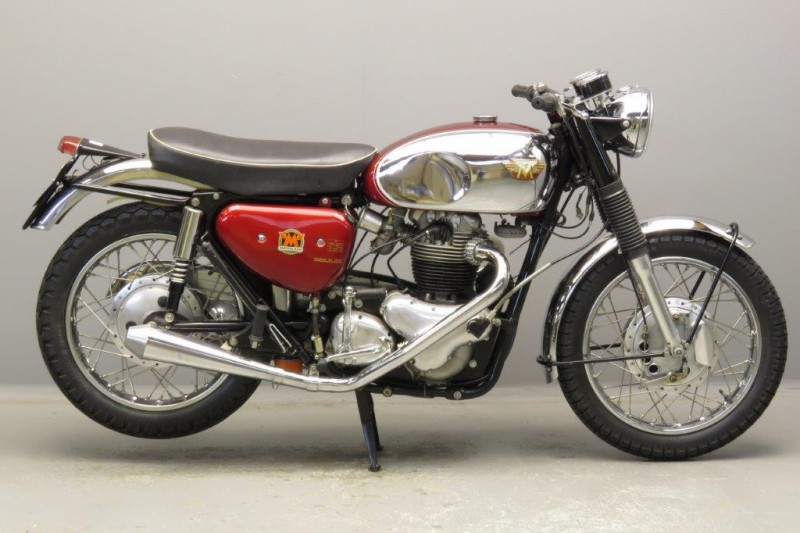 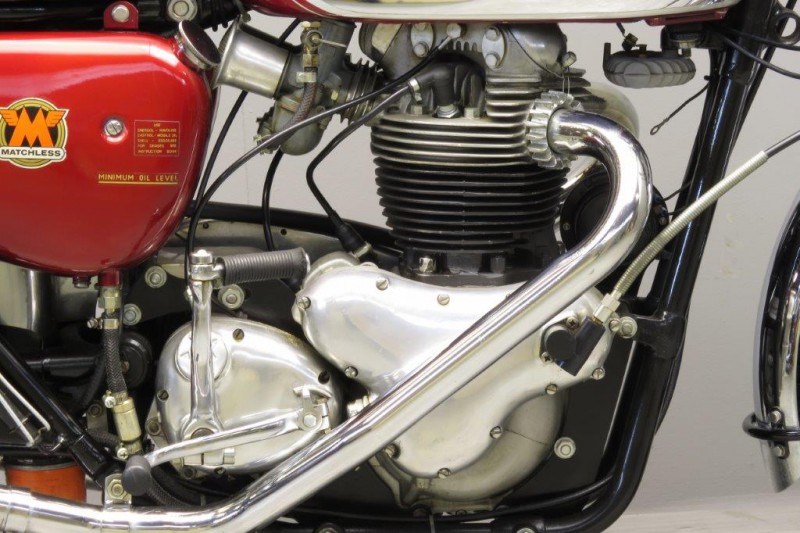 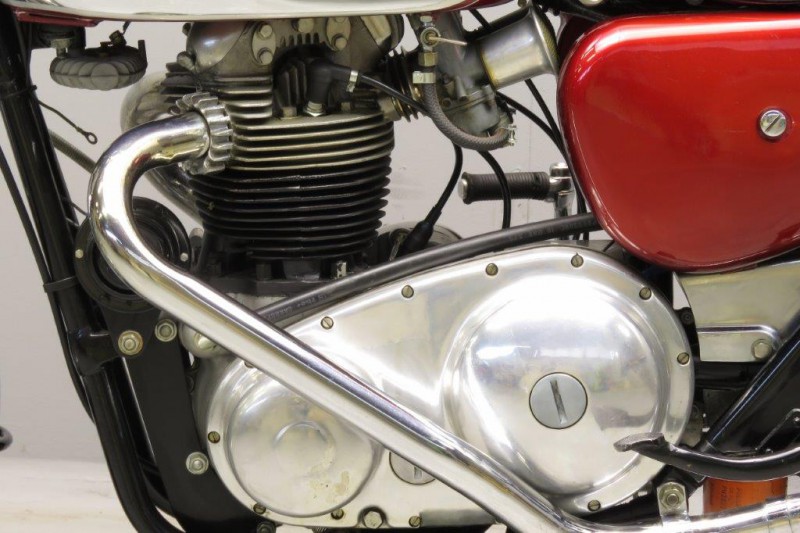 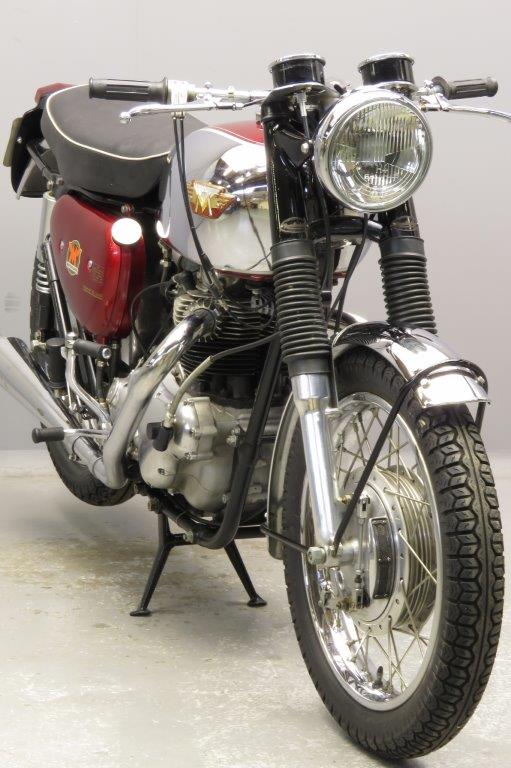 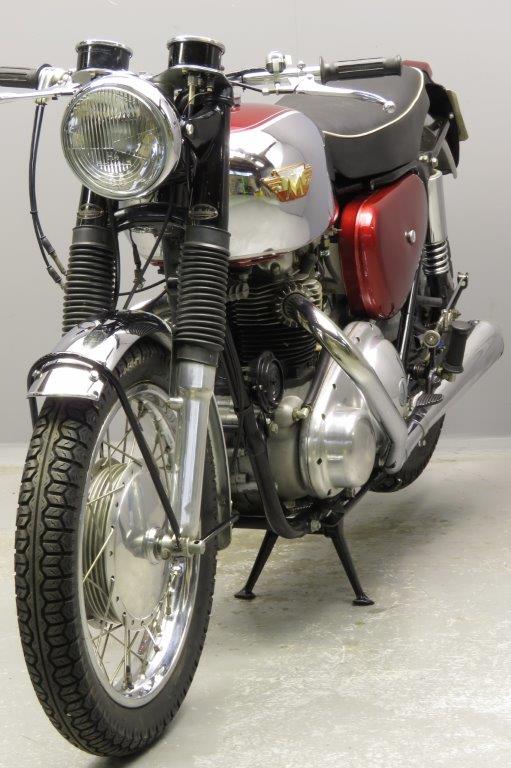 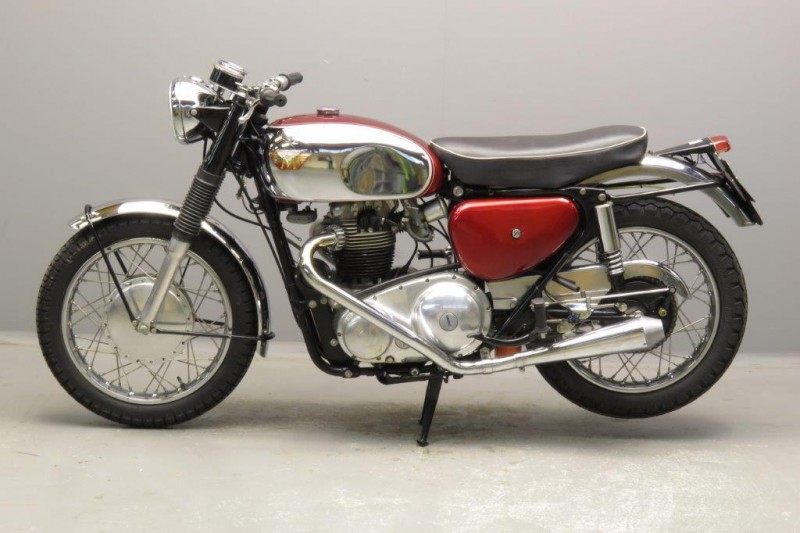 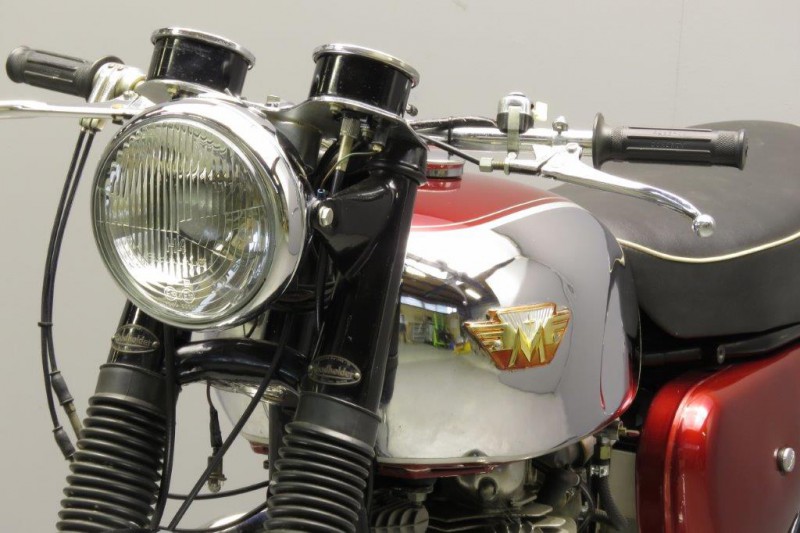 The G-15 CSR was launched at the Earls Court Show in late 1964 and was fitted with all the extras that café racer adepts desired: lots of chrome and polished alloy, low handlebars, swept-back exhausts, matching speedometer and rev counter, fork gaiters, rear set footrests et cetera.
The 745 cc twin engine came from the Norton Atlas and developed 49 bhp@6,400 rpm.
The CSR had a top speed of about 170 km/h and weighed some 180 kg.
It was one of the last Matchless twins to be built: in September 1966 Manganese Bronze Holdings took over AMC.
After the takeover The G-15 models were manufactured in small numbers till 1968.
This sixties sports machine has been excellently restored and is eager to hit the road again!