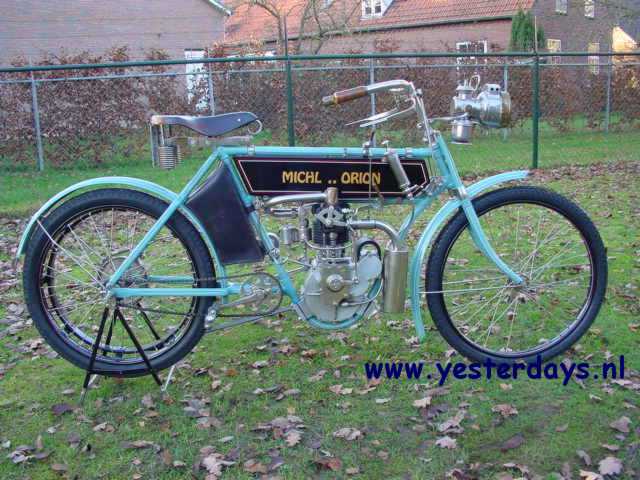 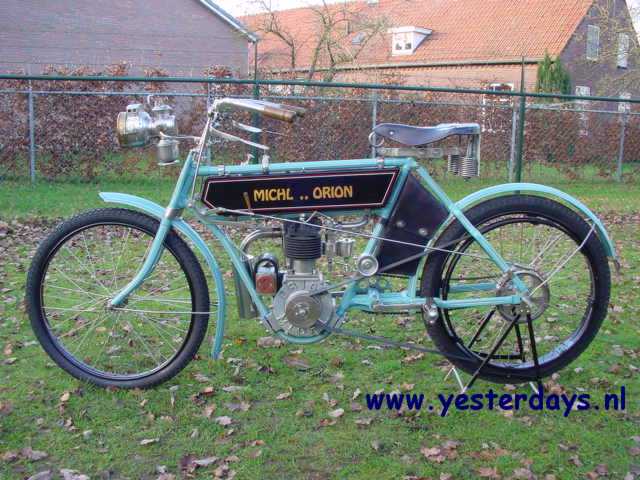 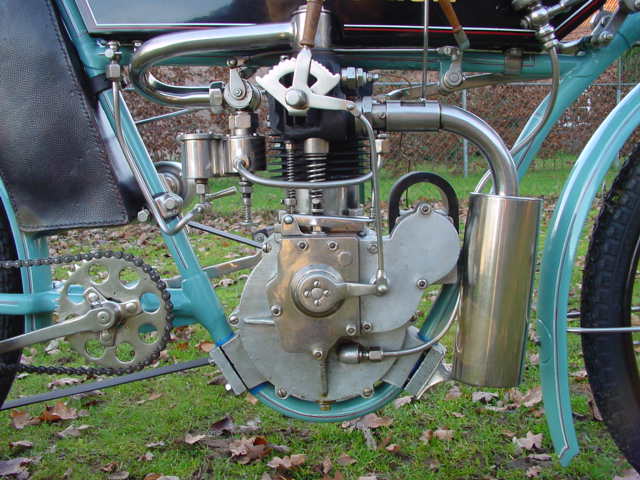 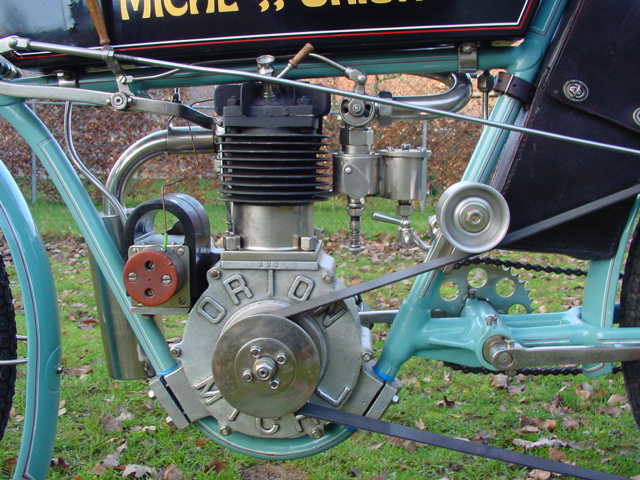 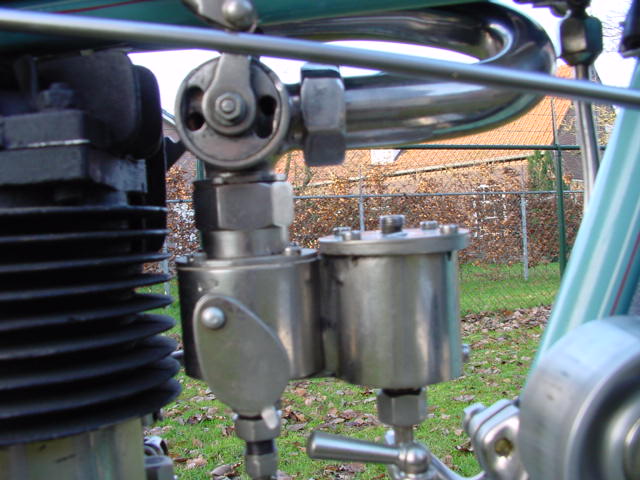 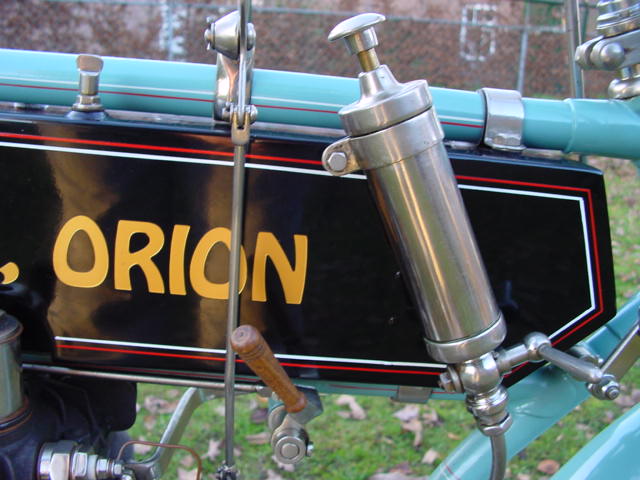 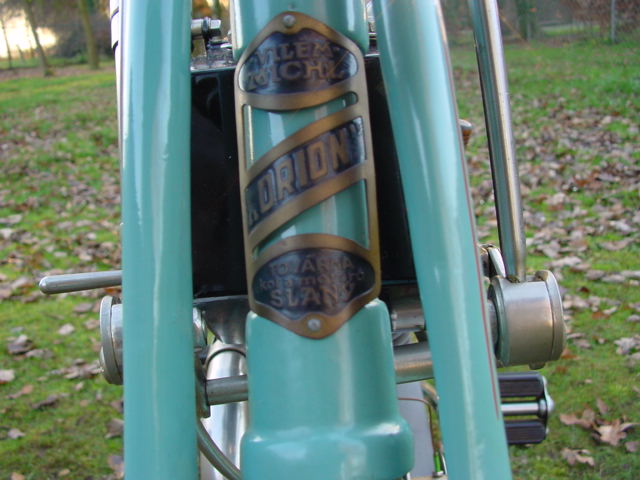 Vilem (=William)  Michl was born in Slany ( now Czech republic) in 1859  and started manufacturing high quality bicycles from English fittings in 1894.
The company prospered and in 1902 Michl marketed his fist motorcycle under the name “Orion”.
Year after year the design was developed further and production of high quality singles and twins continued till 1914.
After World War I   production was taken up again in 1922  and Vilem’s son Zdenek  created a number of successful designs.
Orion machines had many sporting successes till the company stopped motorcycle production in 1933.
This early model  was bought in 1905 from a  dealer of the Orion Company by a businessman from the village of Lostice near Mohelnice. Later on the machine changed hands in the same village and was equipped with a sidecar.
Around 1925 water cooling was added.
In 1960 the motorcycle was bought by a Mr. Prikryl who reverted it to its original condition and used it in vintage events.
Some years ago the machine has been fully restored.
A true eye catcher, this rare veteran Czech machine!