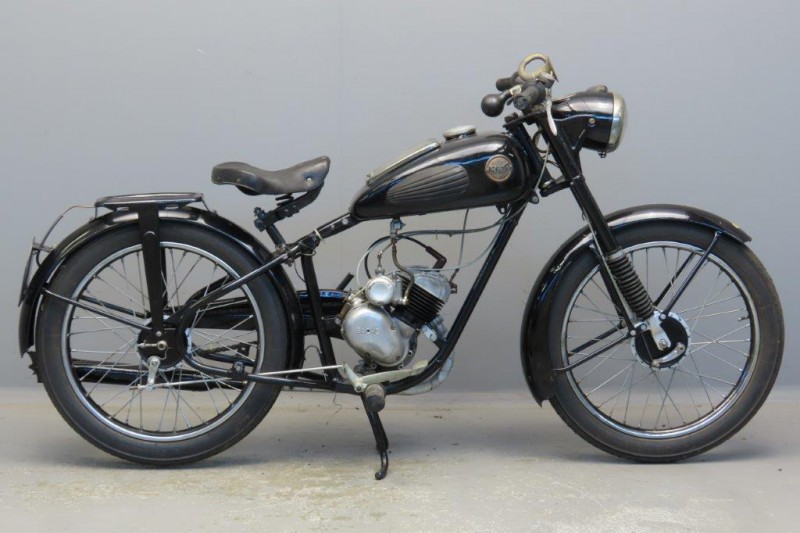 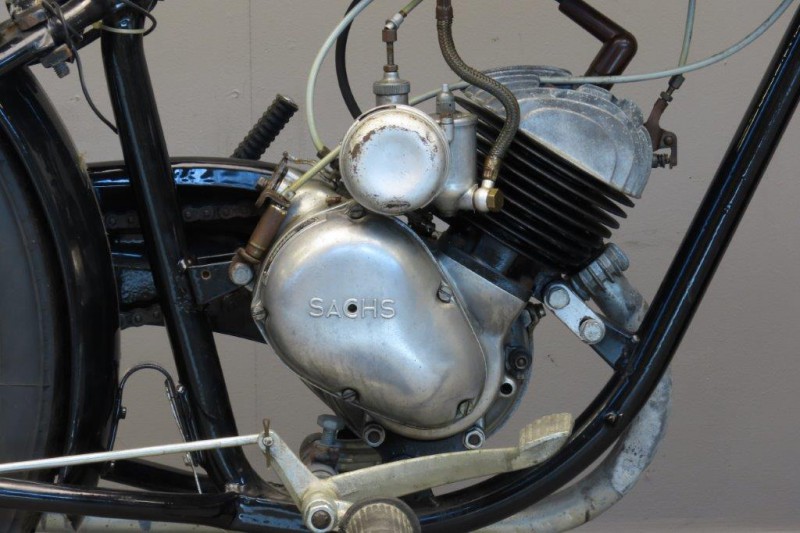 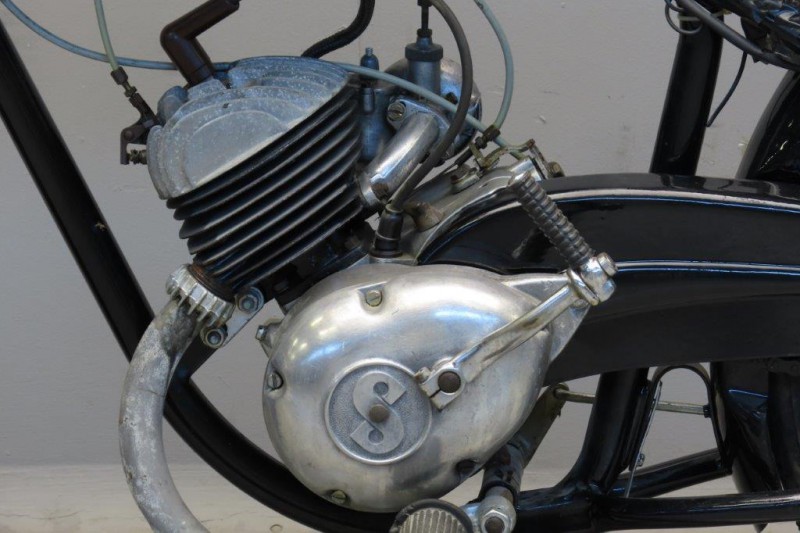 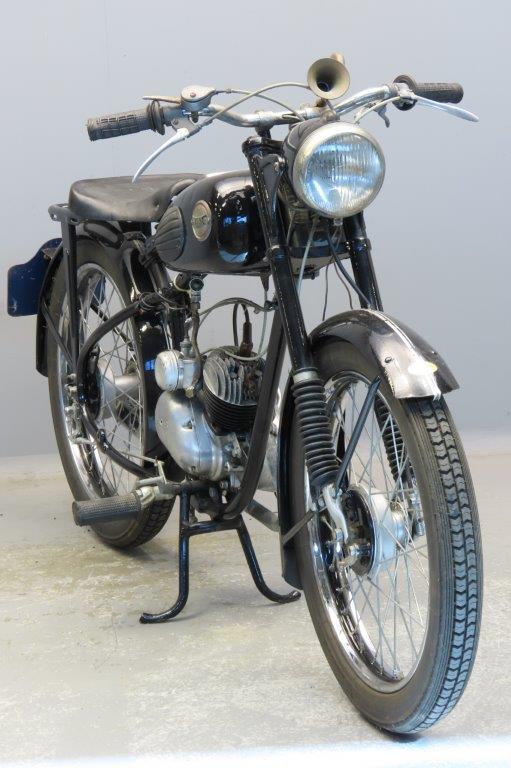 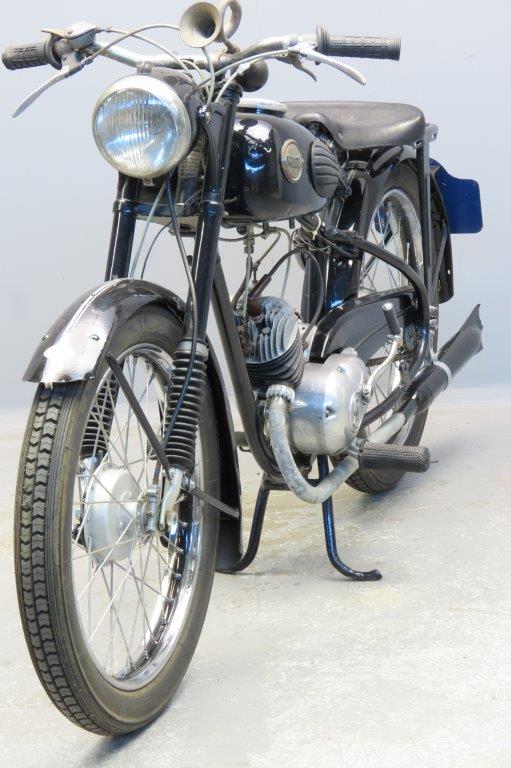 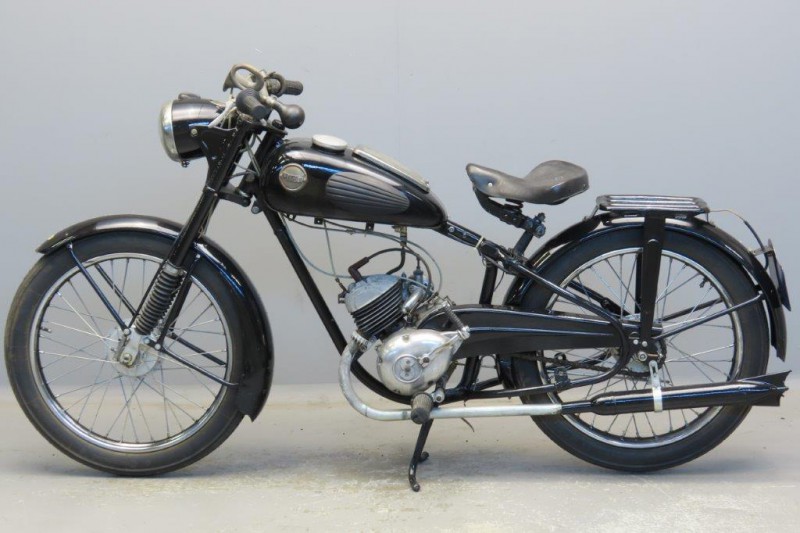 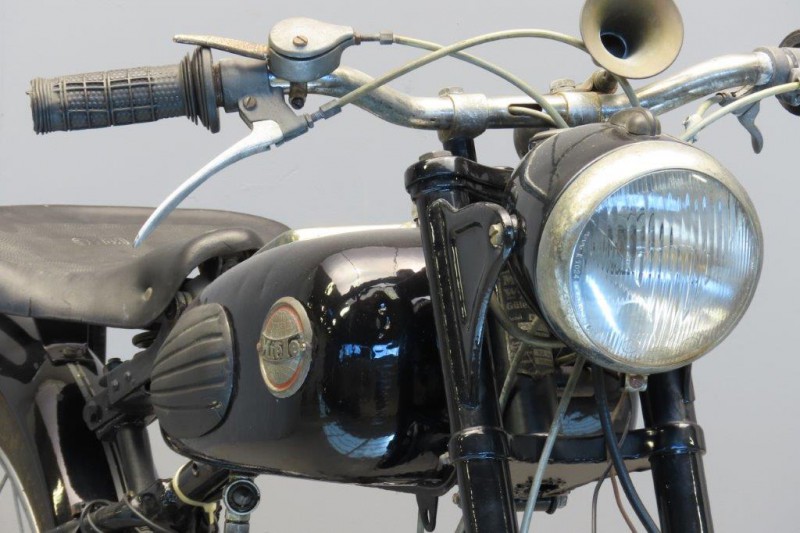 When the company was founded in 1899, neither Carl Miele nor Reinhard Zinkann thought of producing two-wheeled means of transportation:diary centrifuges, butter machines and washing machines were developed and built in a former grain mill in the village of Herzebrock.
In 1907 the company moved to neighboring Gütersloh.
A larger property with its own rail connection secured the necessary infrastructure there. Around 1920 Miele began to explore the domain of motorized transportation.
A modest number of cars were produced but soon the company turned to bicycle manufacture and in the early thirties the logical step was to motorize them with 74 and 98 cc Sachs auxiliary engines.
By the end of the thirties Mieles were real lightweight motorcycles and known for their high quality.
In the early fifties the K100 was brought out with modern telescopic front forks.
Motorcycle production was stopped around 1954 but mopeds were still produced till the sixties.
The Sachs engine has two speeds that are engaged via a lever on the handlebars.
This K100 is an older restoration and was part of a static collection for a number of years.
She’s a runner that comes without rear light but with the original “Miele” speedometer.