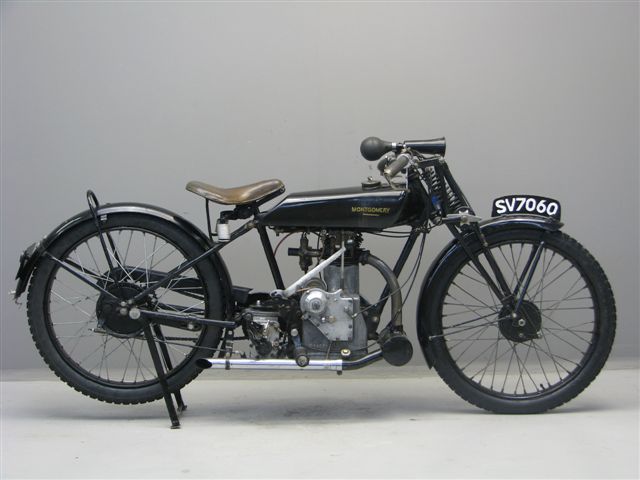 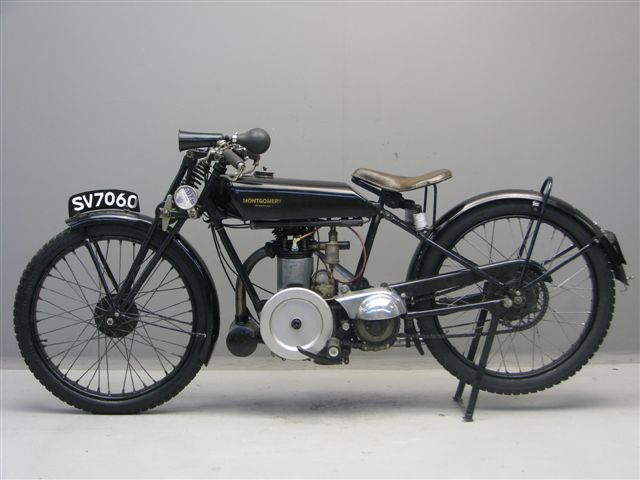 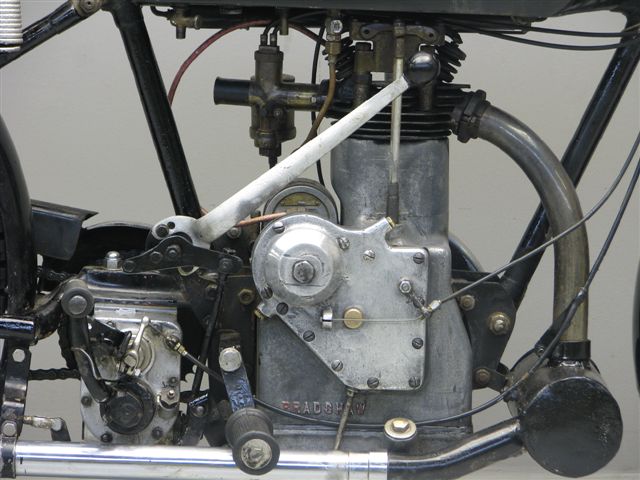 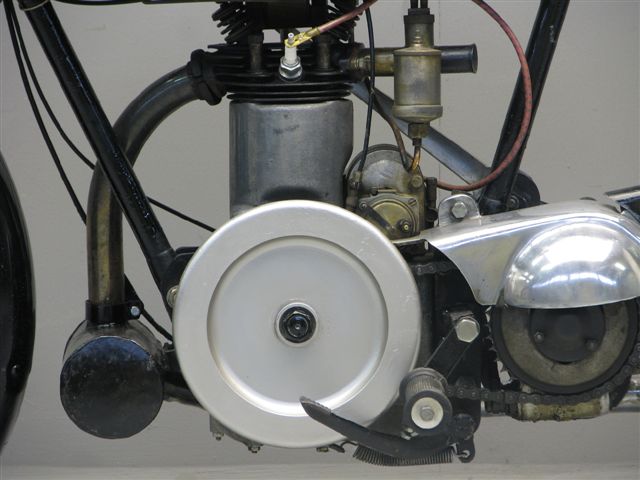 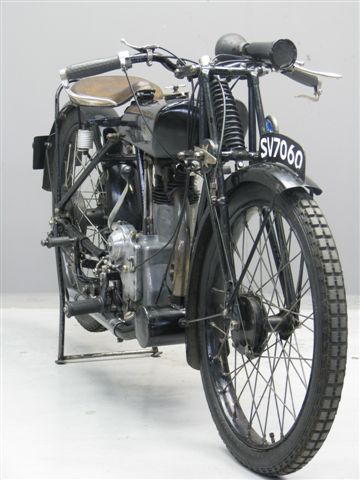 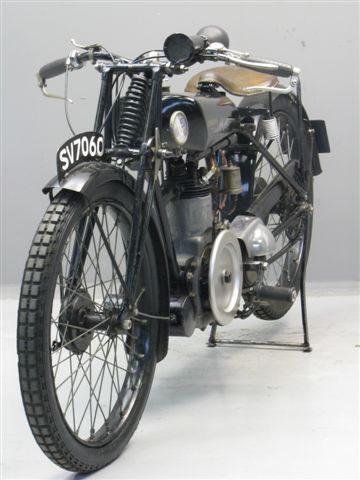 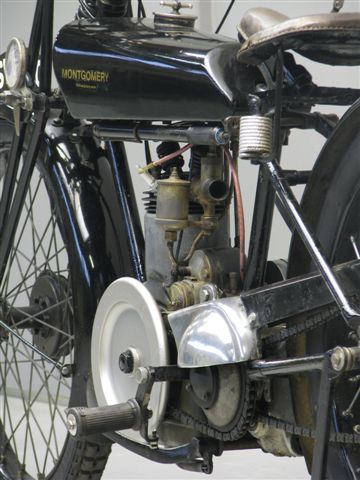 Already before the first world war William Montgomery built motorcycles with proprietary engines at Bury St. Edmunds.
He moved to Coventry where he also started to manufacture sidecars.
Prior to the war Montgomery produced a model with their own side valve flat twin engine of 708 cc capacity equipped with Sturmey Archer hub gear. The production of motorcycles and sidecars was interrupted for the duration of the hostilities.
After the war, in the early twenties, his son Jack resumed motorcycle production; the frames for the early Brough Superior models were built at the Montgomery Works.
In later years the range of machines was widened: in 1924 three models were offered, with 147 cc Villiers two stroke, 349 cc OHV Bradshaw and 600cc side valve JAP engines. For 1928 no less than 12 models were catalogued.
Granville Bradshaw designed several oil cooled engines; the first was a 500 cc ohv flat twin which was used by Zenith in 1920.
In 1921 the range was extended with a 350 cc ohv single and a 1000 cc V-twin.
The engines were produced by James Walmsley & Co in Preston and marketed by Gilbert Campling.
Montgomery ftted Bradshaw engines from 1924 till 1927.
The longstroke Bradshaw engine has bore and stroke dimensions of 68×96 mm and mechanical lubrication.
This sports machine with graceful saddle tank is an older restoration.