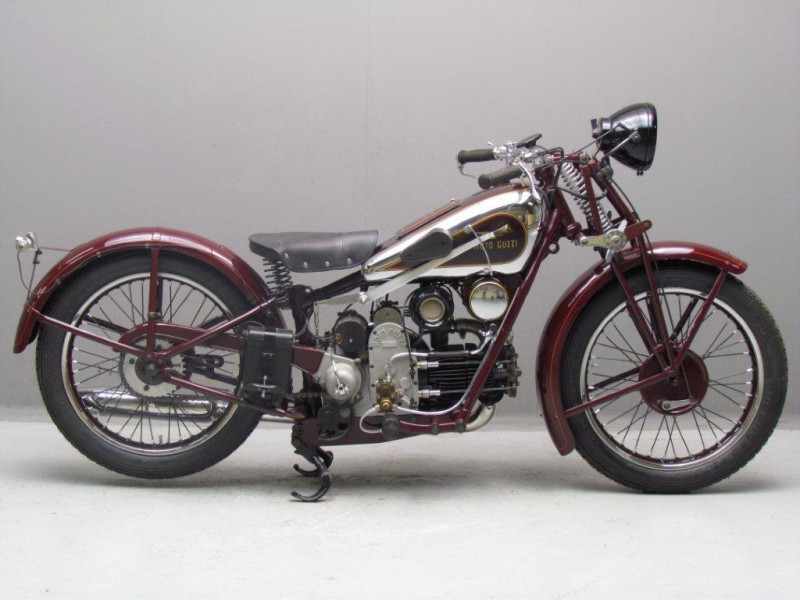 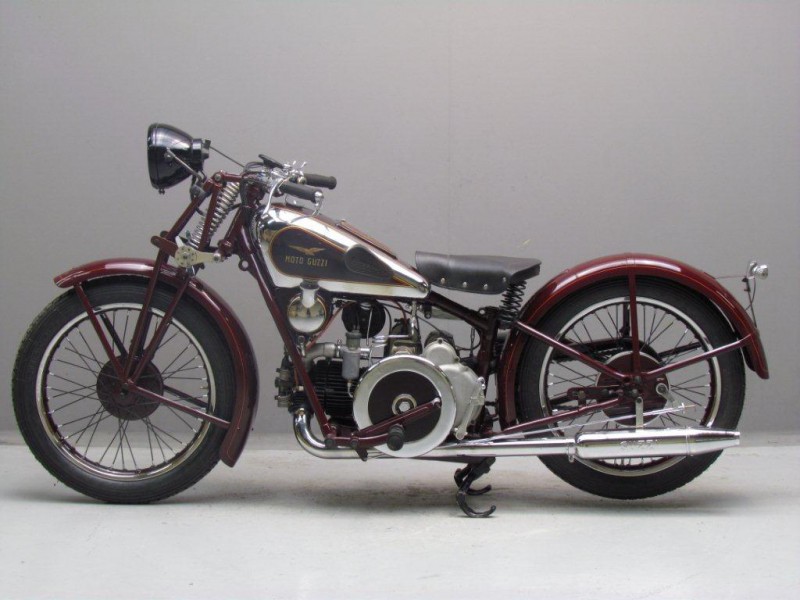 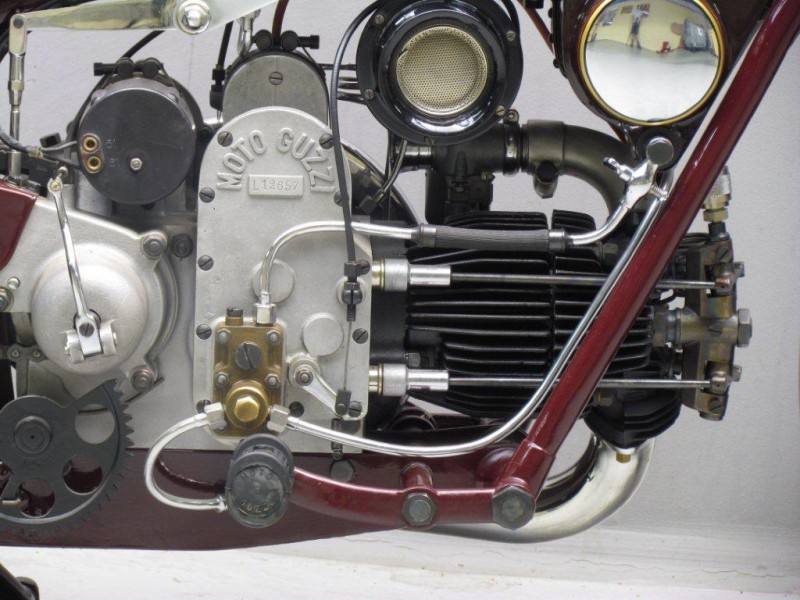 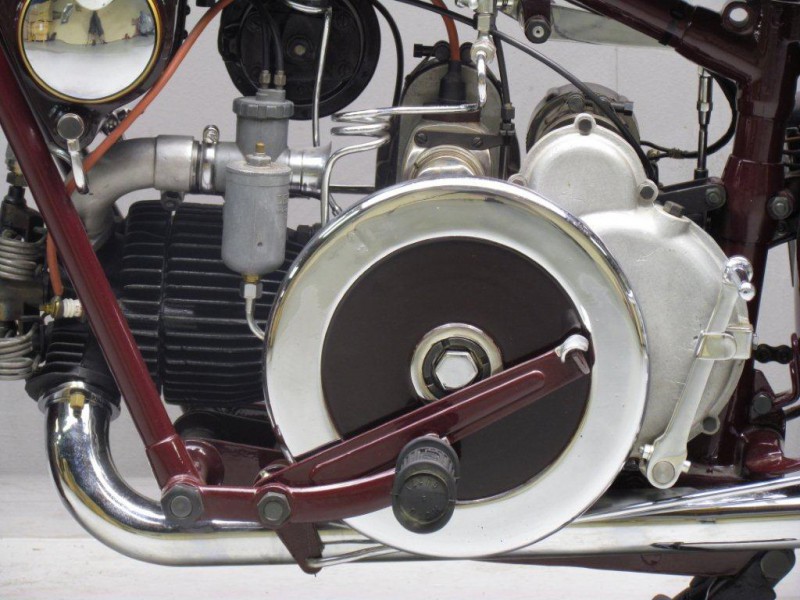 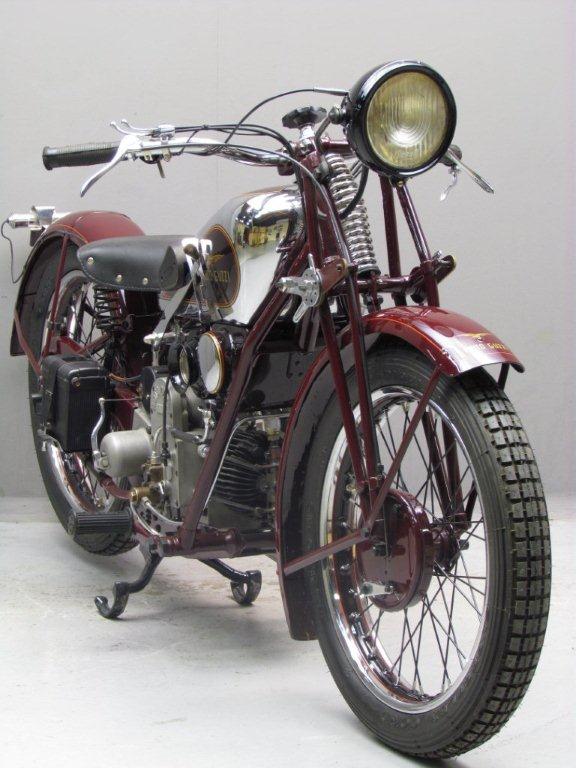 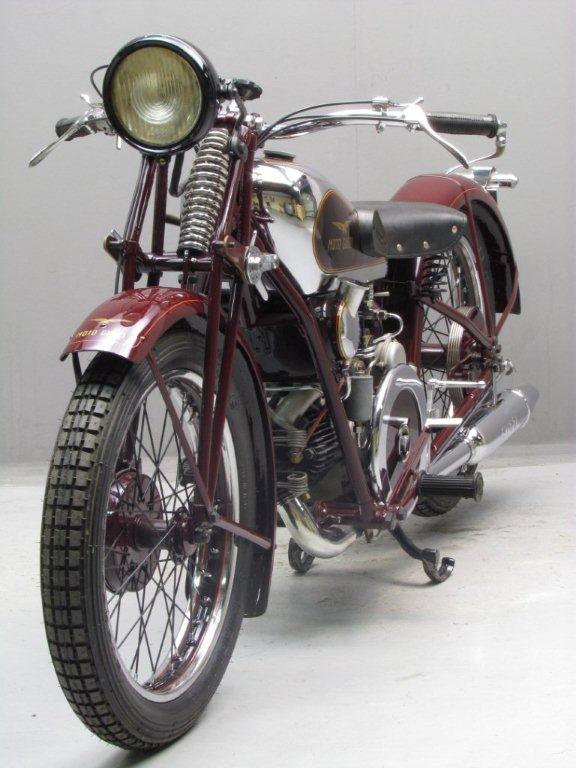 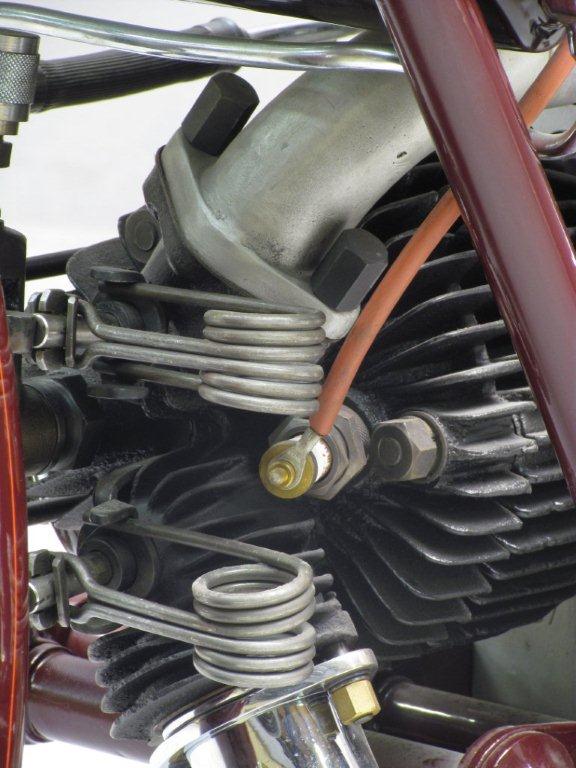 Moto Guzzi has been a leading make in Italy since 1921 and it is one of the few Italian makes to become well-known abroad.
From the twenties on a number of interesting racing machines with OHC engines were developed and Guzzi’s became a force to reckon with in TT races.
In the 1926 lightweight TT Ghersi was credited with the fastest lap and he actually was disqualified from the second place because the spark plug he used in the race was of a different make as the one he used in the practice session.
In1935 Stanley Woods won the Lightweight TT with a spring frame single Moto Guzzi; the next day Woods won the Senior race on a Guzzi twin!
The 1923 Moto Guzzi  C 2V  was the company’s first racer with twin overhead valves.
When in 1924 the four valve model C 4V  took over  the role of production racer the  C 2V became available to the general public.
In 1930 it was fitted with a Sport 15 type of frame,  a saddle tank  and a front brake and was renamed the 2 VT ("Valvole in Testa" or "valves in head")    Production stopped in 1934.
With a compression ratio of 5.25:1  the engine delivered 17 HP@ 4200 rpm.
With its weight of 130 kg it  could reach  a maximum speed of  120 km/hour.
This Bosch-equipped machine  has been  restored excellently.