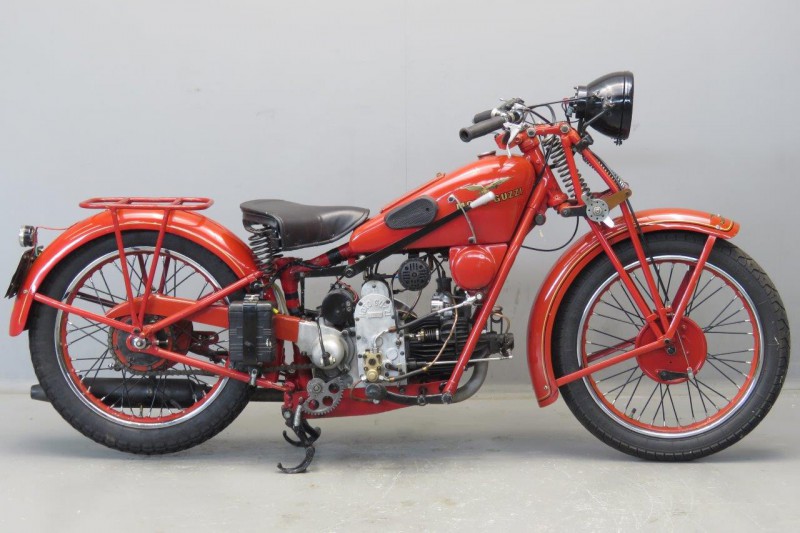 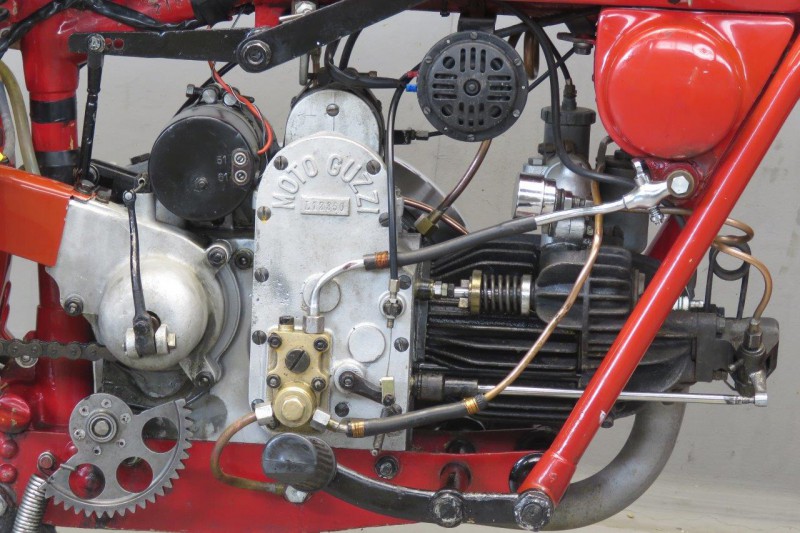 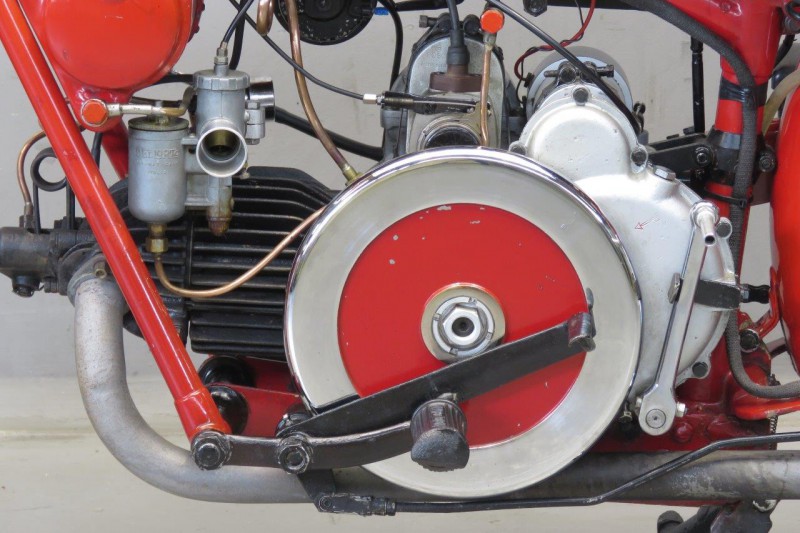 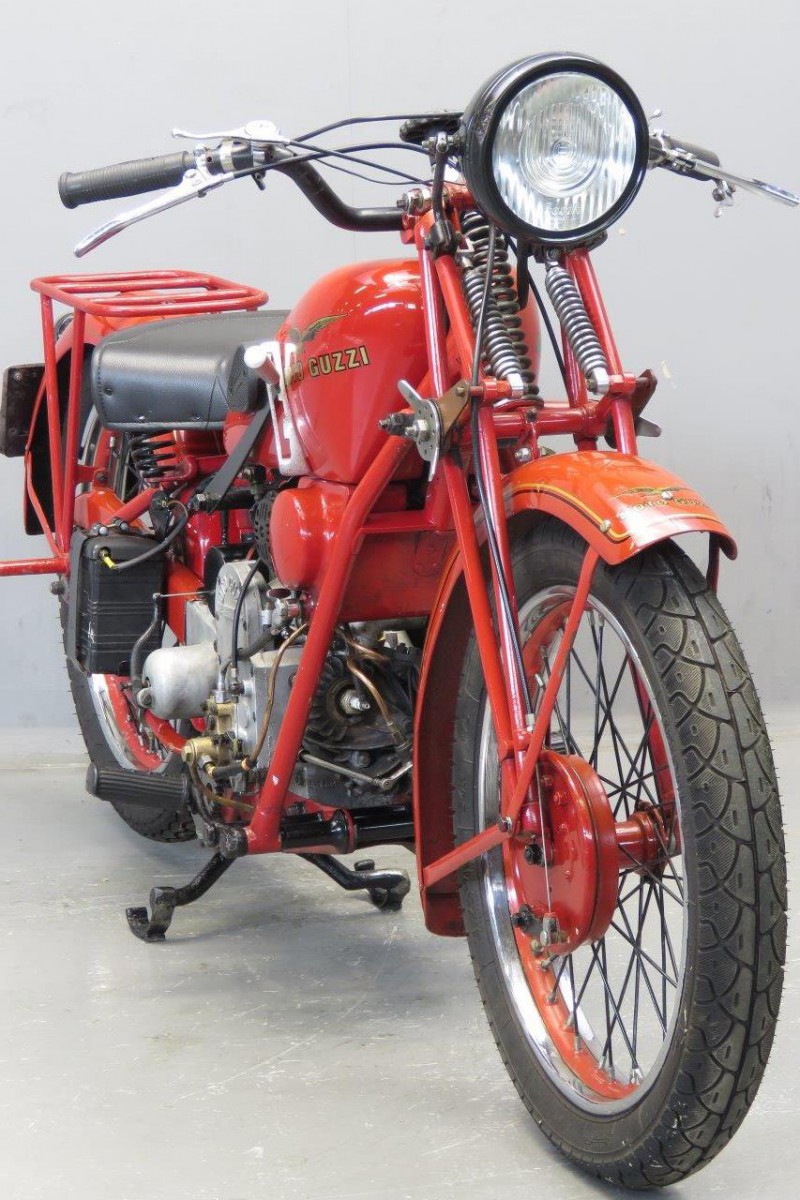 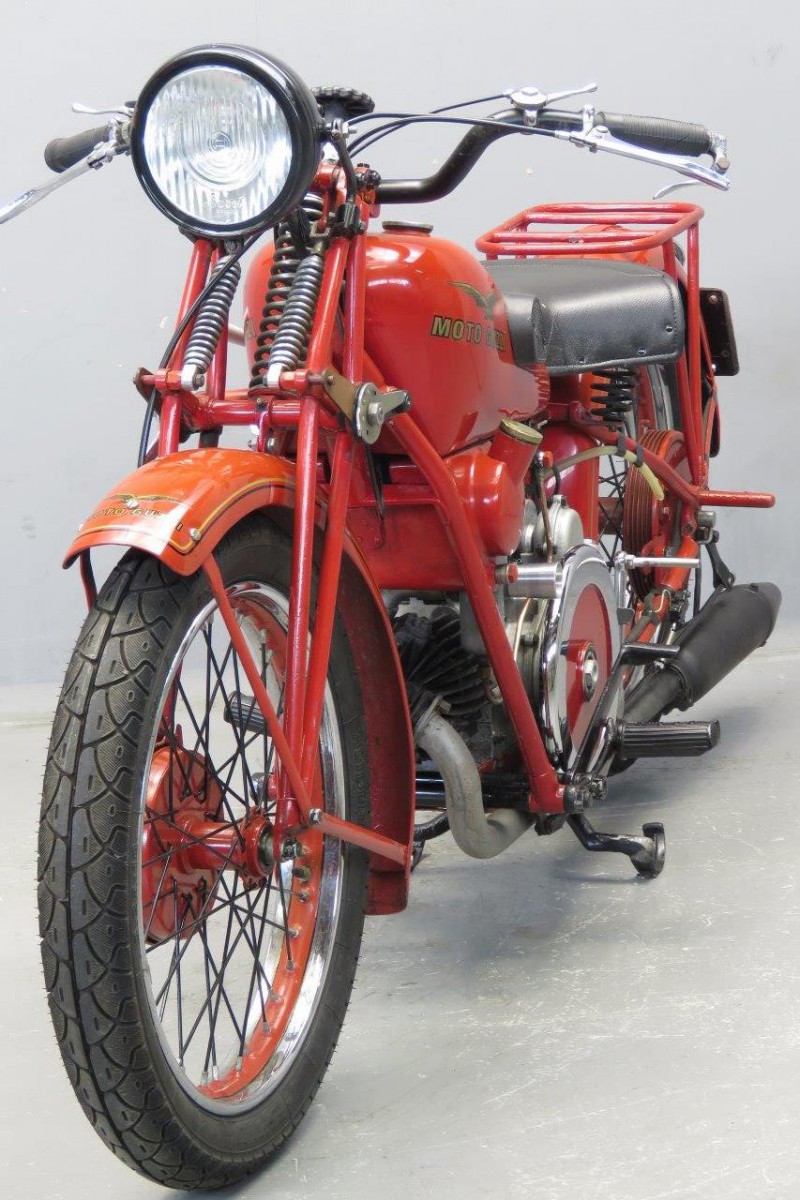 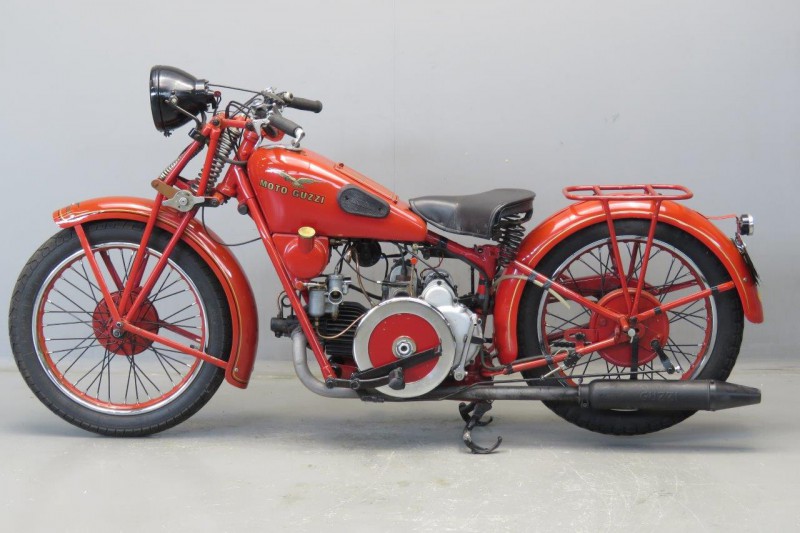 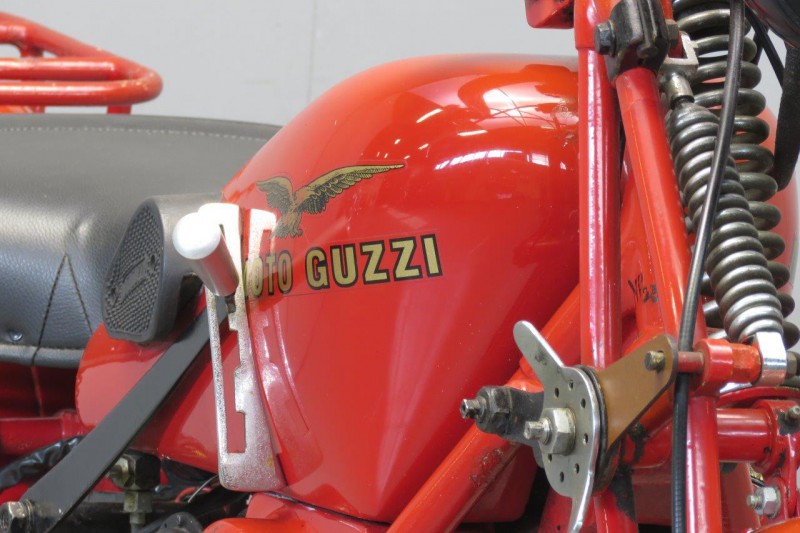 Moto Guzzi has been a leading make in Italy since 1921 and it is one of the few Italian makes to become well-known abroad.
From the twenties on a number of interesting racing machines with OHC engines were developed and Guzzi’s became a force to reckon with in TT races.
In the 1926 lightweight TT Ghersi was credited with the fastest lap and he actually was disqualified from the second place because the spark plug he used in the race was of a different make as the one he used in the practice session.
In1935 Stanley Woods won the Lightweight TT with a spring frame single Moto Guzzi; the next day Woods won the Senior race on a Guzzi twin!
The design of the Sport 15 engine goes back to the early twenties: it’s a remarkable engine with its horizontal cylinder, radial finning to enhance cooling and big but slender exposed flywheel; the idea behind this construction being to keep the engine’s main bearings close together.
The machine’s frame with widely splayed and braced front down tubes is very rigid and the low, horizontal position of the engine and gearbox ensures good road holding and handling.
Weight is 150 kgs, top speed 100 km/hour and the gearbox is a hand-change device with sliding gear system.
The Sport 15 was to become the best selling  Moto Guzzi of the prewar era with  5,979  numbers built between 1931 and 1939.
This Bosch-equipped machine has been restored and comes complete with Dutch registration.