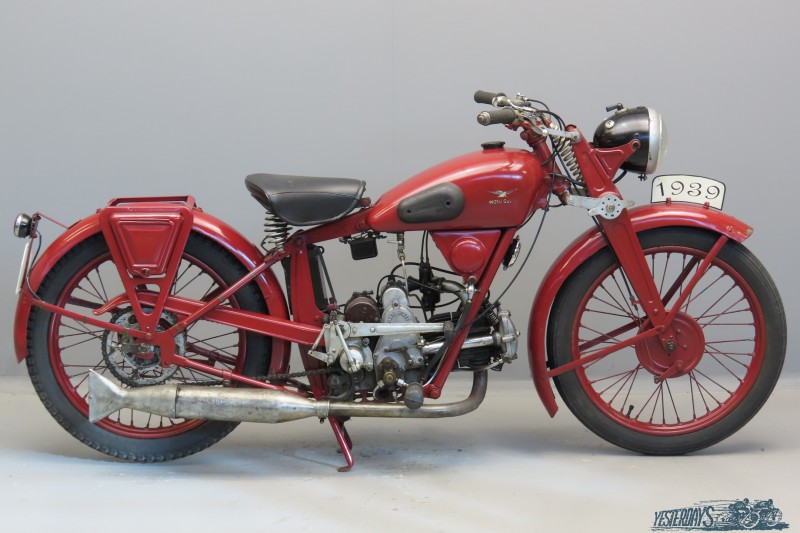 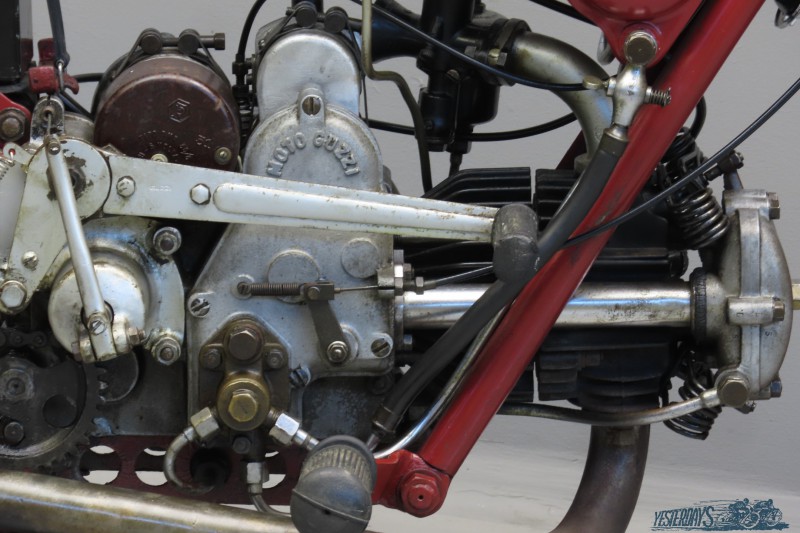 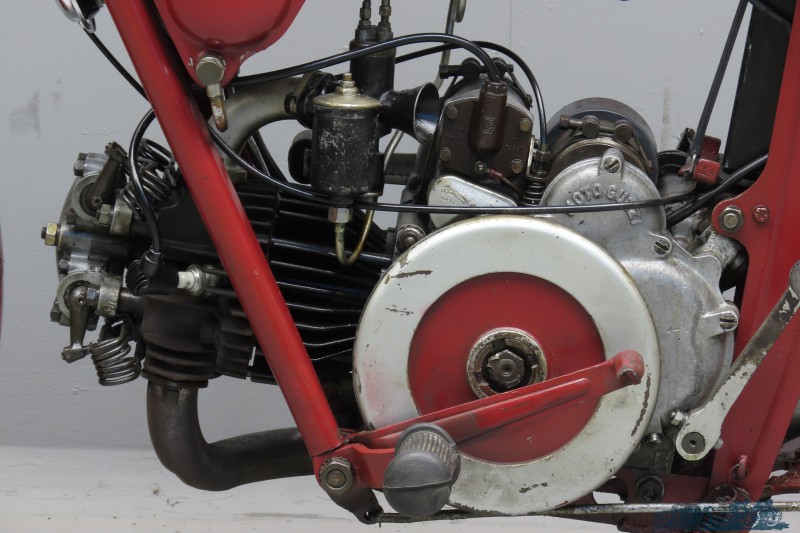 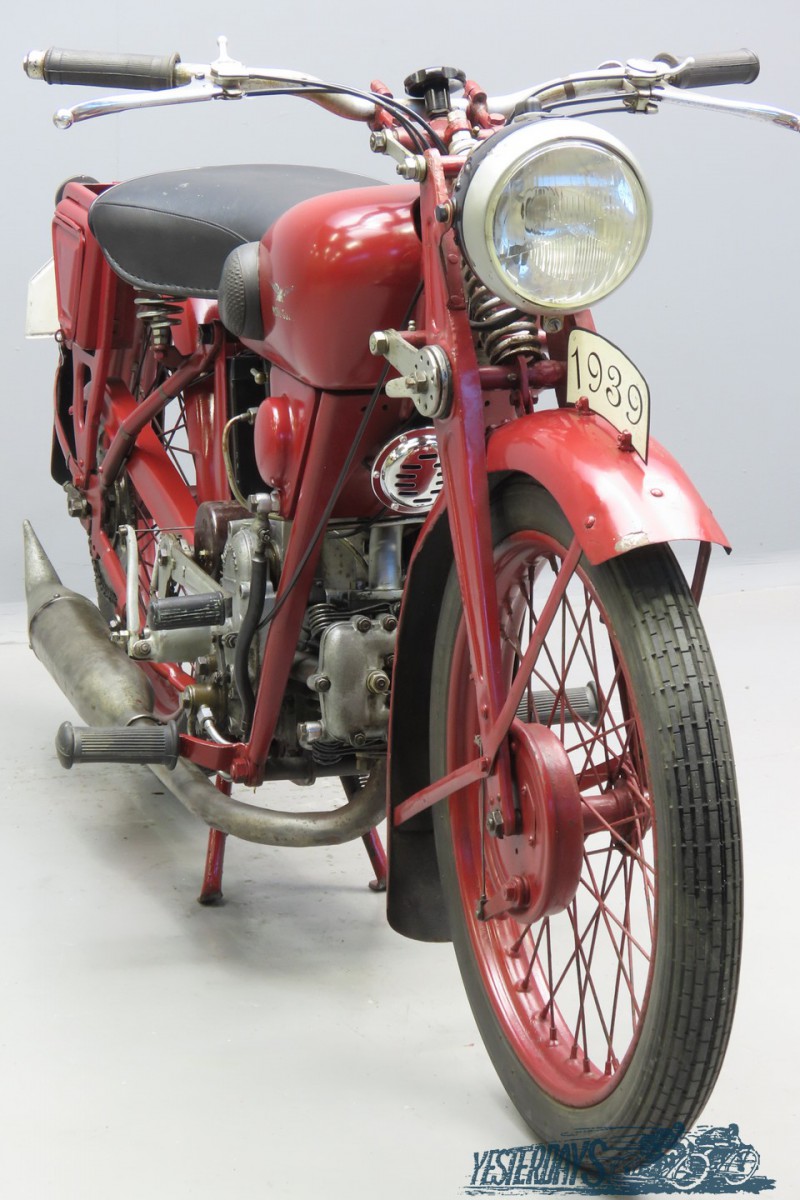 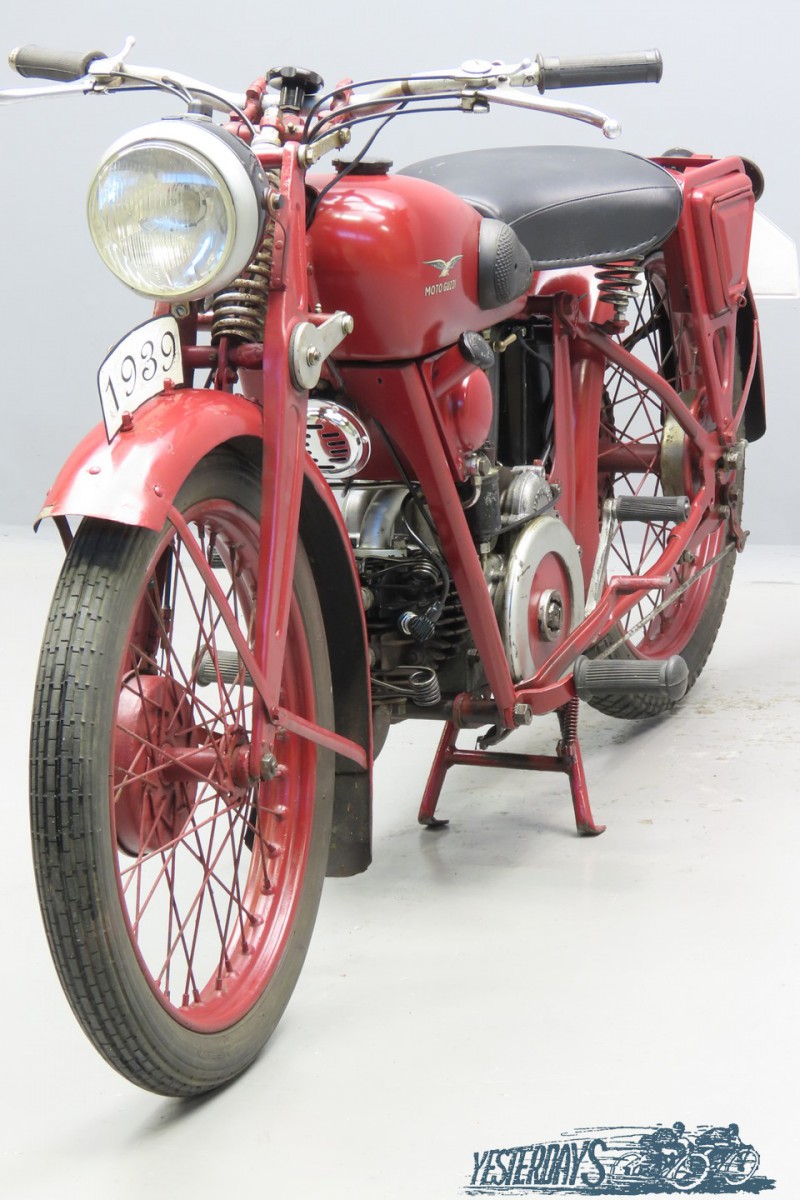 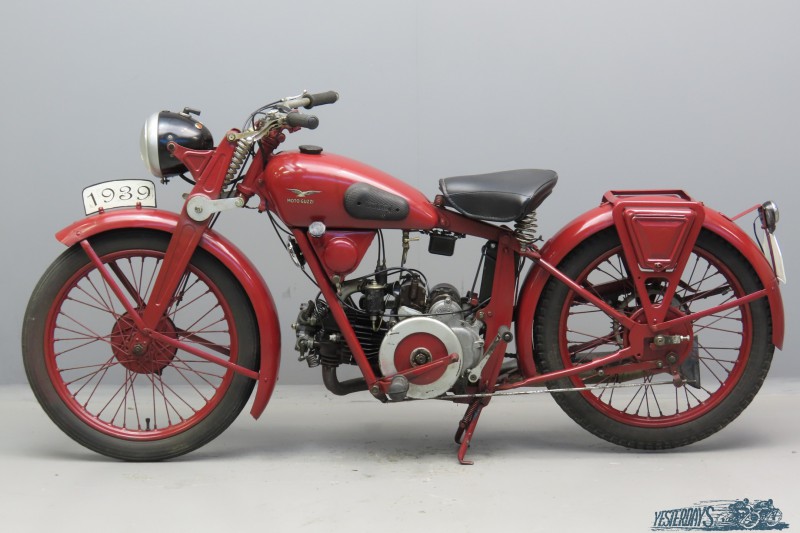 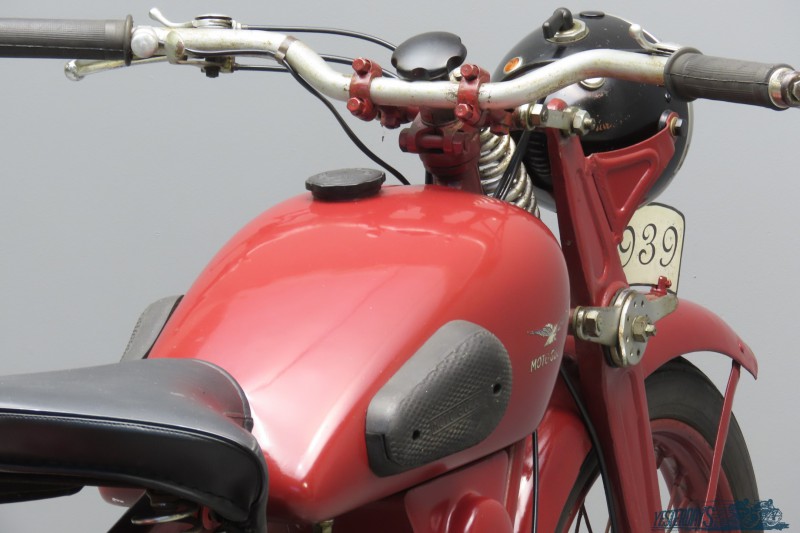 In 1932 Moto Guzzi had decided to move into the lightweight market.
At first this was the 175cc class that enjoyed various advantages in taxation and driving licence regulation, but when these were abolished the public interest in the 175cc class waned and Guzzi decided to increase the displacement of its little P175.
At first the step was made to a 232cc machine but in 1937 the P.L was introduced with 246cc capacity and a frame consisting of tubular and pressed steel elements.
Later versions of this model were among others the Egretta (egret) and the Ardetta (small heron).
These models had a three speed gearbox and in 1939 a modernised version was marketed, the 4-speed Airone (heron) that would become very popular and would be produced up to 1957.
We understand that less than 800 Egrettas were ever built between ’39 and ’40.
The Egretta had generally a better finish quality than the lower priced “Ardetta”, the latter having coil ignition and hand change.
The Egretta we offer here is an older restoration in good condition.