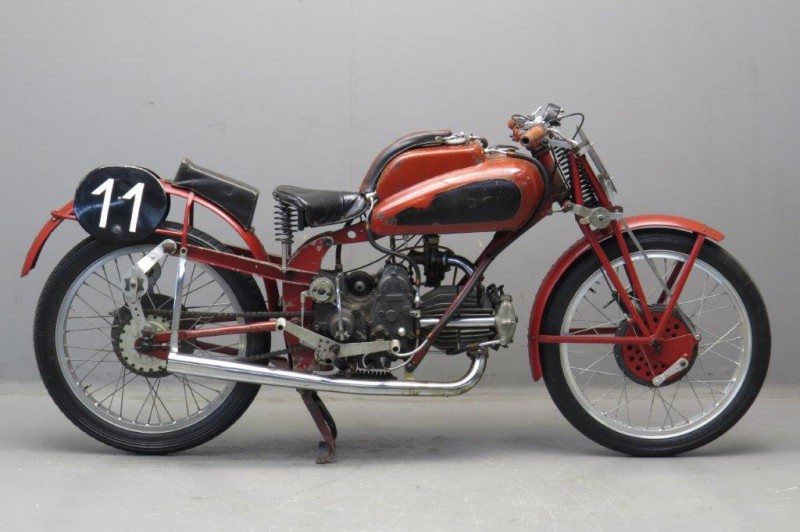 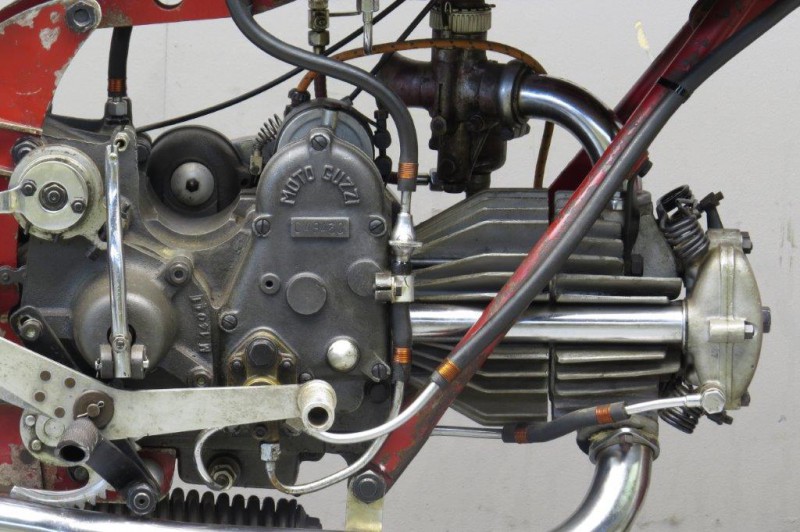 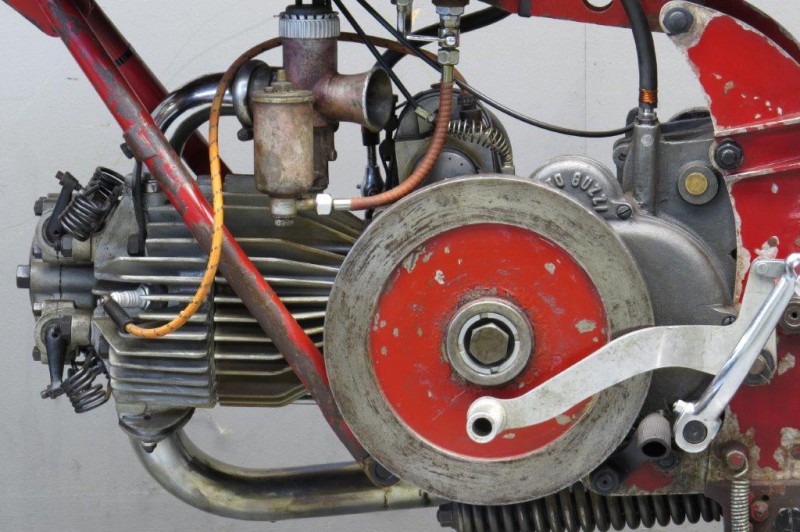 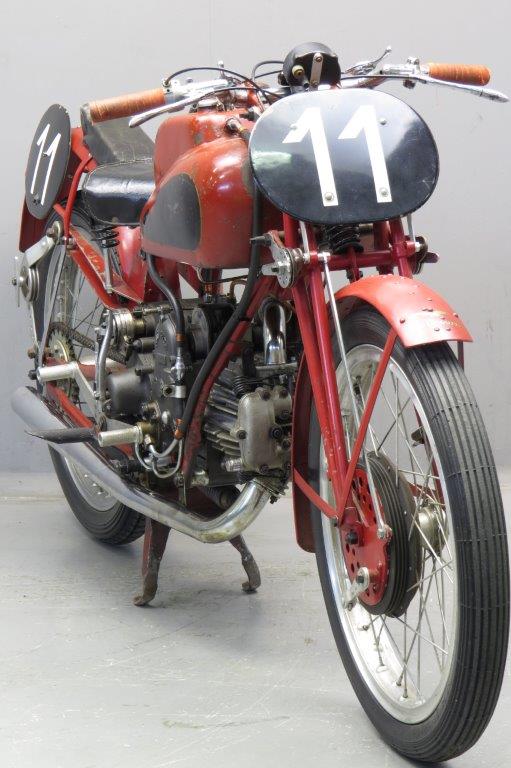 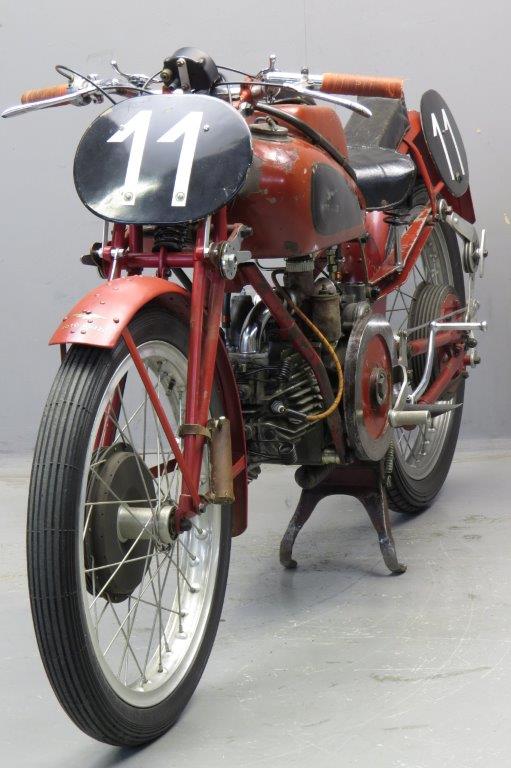 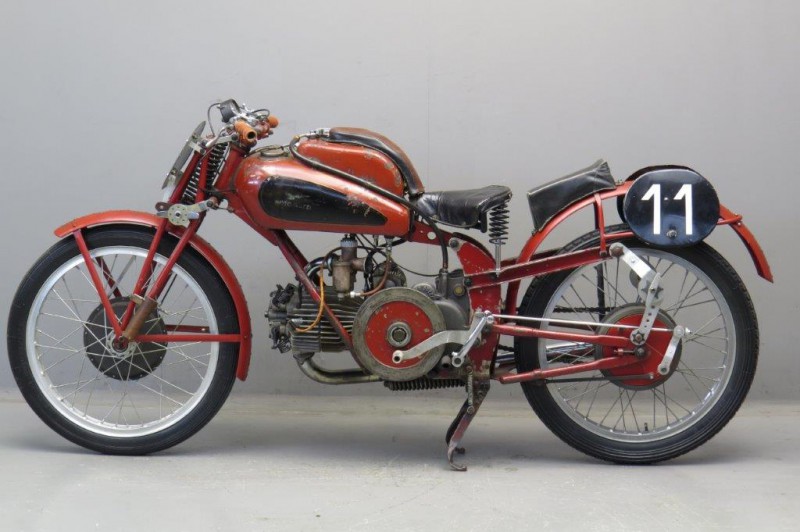 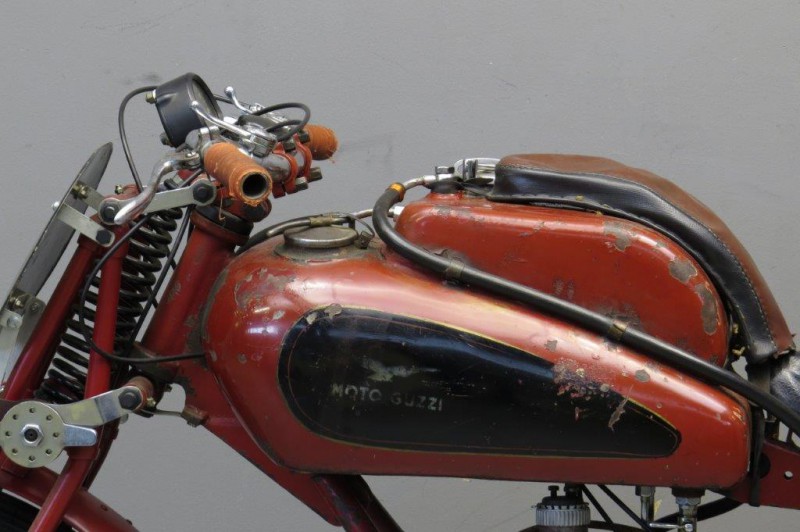 Carlo Guzzi's first prototype motorcycle of 1919 was unconventional in so far as its single-cylinder engine was installed horizontally, and by the end of the 1930s the 'flat single' had established itself as a Guzzi hallmark.
Guzzi knew the importance of racing as a means of publicising, however it would take several years before the firm offered versions of its works racers for sale to the public.
First seen in 1939, the Condor model was Guzzi's first successful purpose-built production racer and would be revamped after WW2 as the legendary Dondolino.
Although the previous models were lighter, the Condor took the process a stage further, as the Condor has an aluminium cylinder barrel and head, magnesium crankcases, engine covers and hubs/brakes, and 21" alloy-rimmed wheels – all hallmarks of the exotic Condor production racer.
For the Condor, Moto Guzzi used cycle parts similar to those of the works team's supercharged 250 Grand Prix racer.
For the 1939 race the improved Condor was entered in the competition class against established Grand Prix racers, including Dorino Serafini on the compressor Gilera four.
Ridden by future World Champion, Nello Pagani, the works Condor ran out the winner despite having less than half the total horsepower of the Gilera, an astonishing victory that emphatically demonstrated the Condor's potential.  In total, 69 Condors were built prior to the cessation of production in 1940.
The machine remains in excellent original “as raced” condition.
This Moto Guzzi Condor represents a rare opportunity to acquire one of the limited edition pre-war production racers, which is ready to hit the road again.