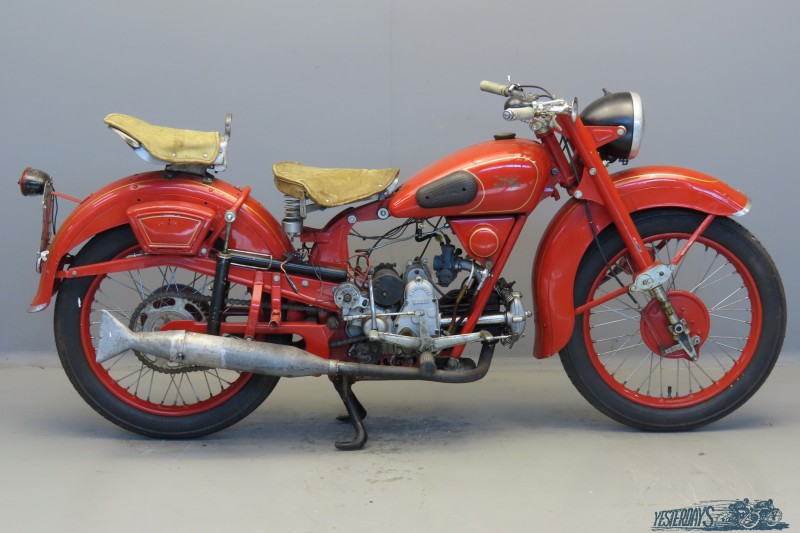 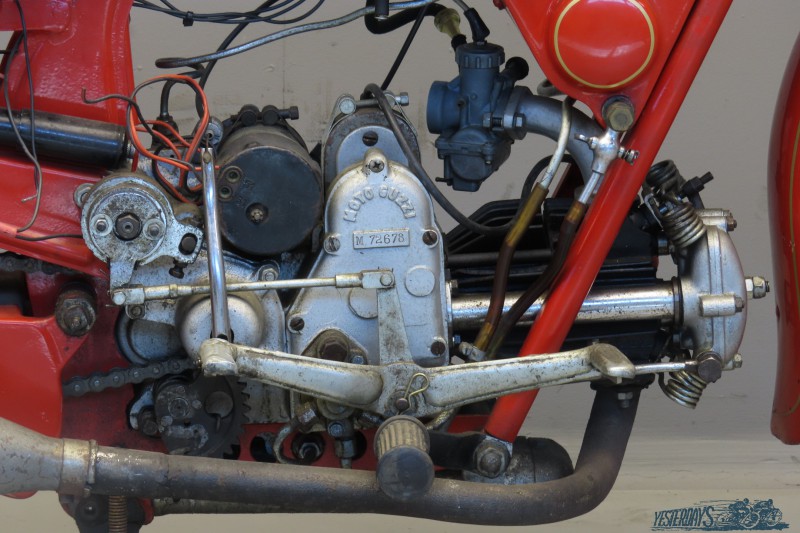 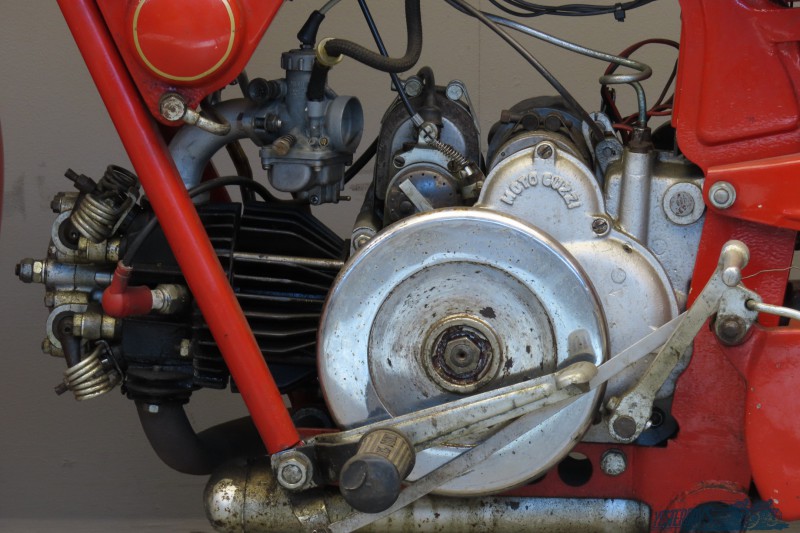 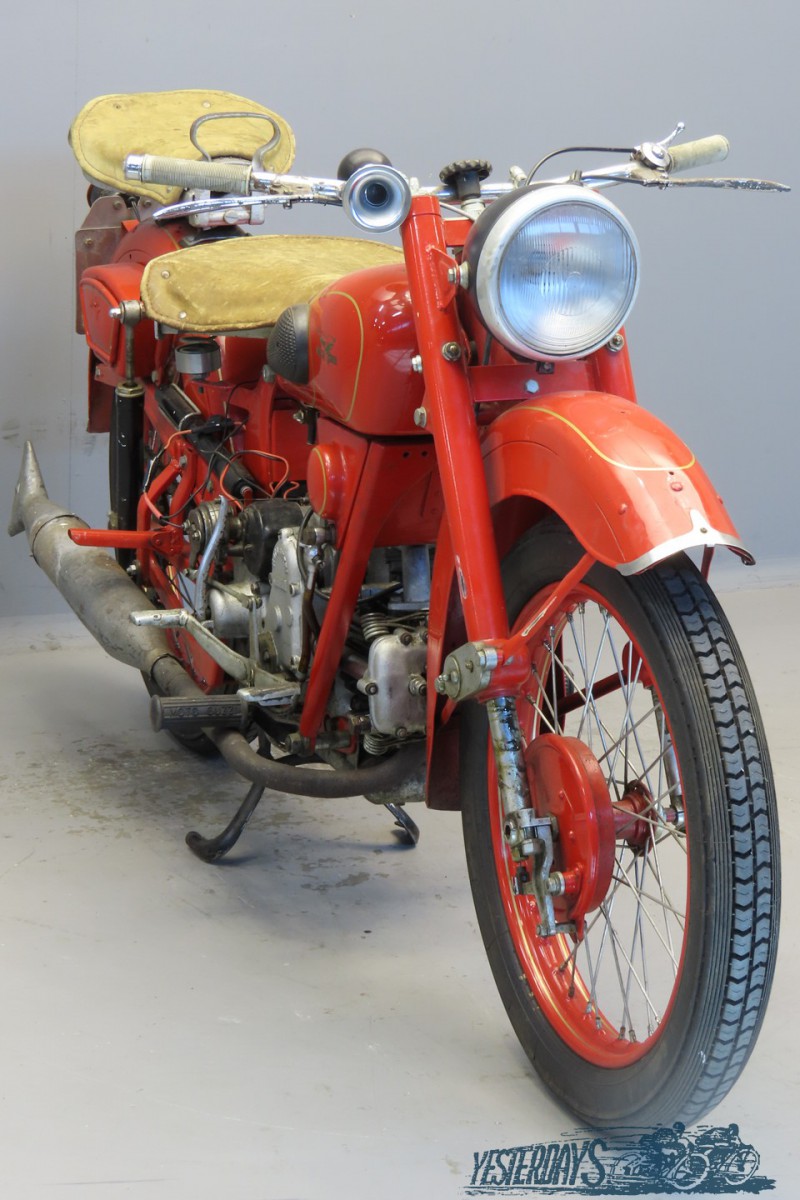 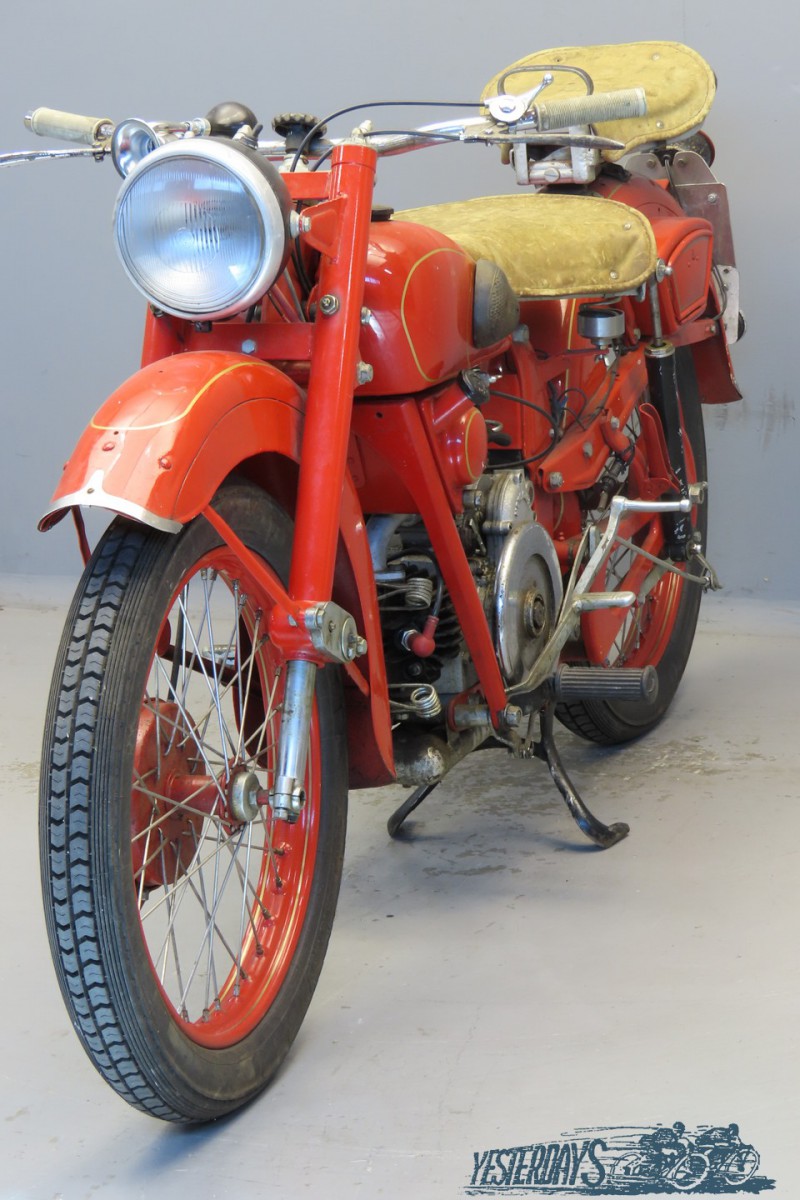 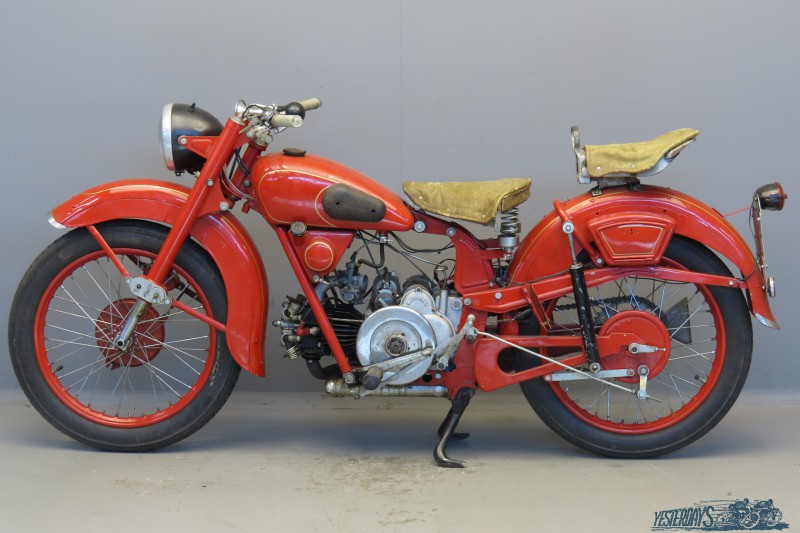 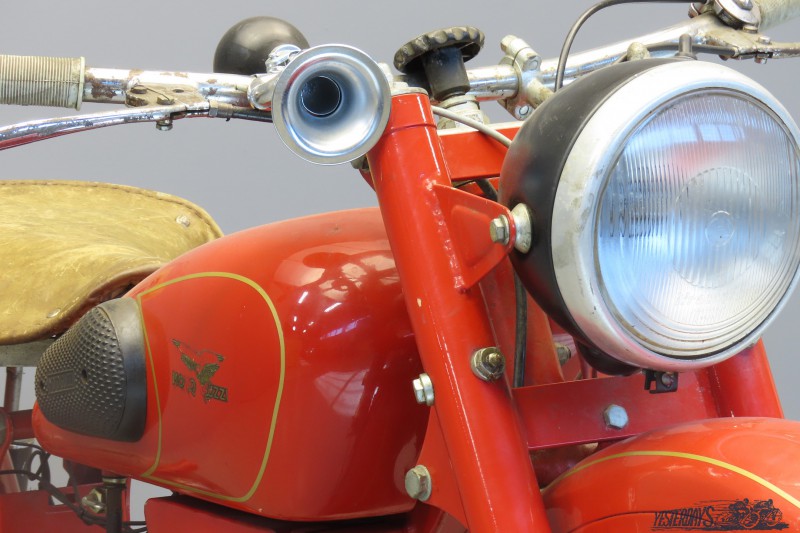 In 1932 Moto Guzzi had decided to move into the lightweight market. At first this was the 175cc class that enjoyed various advantages in taxation and driving licence regulation, but when these were abolished the public interest in the 175cc class waned and Guzzi decided to increase the displacement of its little P175. At first the step was made to a 232cc machine but in 1937 the PL was introduced with 247cc capacity and a frame consisting of tubular and pressed steel elements.
Later versions of this model were among others the Egretta (egret) and the Ardetta (small heron). These models had a three speed gearbox and in 1939 a modernised version was marketed, the 4-speed Airone (heron) that would become very popular and would be produced up to 1957. The Airone was available in Turismo and Sport versions. The Sport had aluminium Borrani rims instead of chromed steel ones, 25mm instead of 22mm carburettor, sports handlebars, higher compression ratio and different camshaft. This resulted in a 12hp power output @ 5,200rpm, 2.5hp more than that of the Turismo. In 1947 the Airone was fitted with “upside down” hydraulic forks designed by Carlo Guzzi and with hydraulic rear dampers. At the end of 1948 the model got a new aluminium cylinder head assembly with enclosed valve gear.
The reliable Airone was a very successful model for the Guzzi factory, in all -including the military version- more than 28,000 were produced.
According to Moto Guzzi factory information this particular machine was manufactured on February 10, 1947 and sold to a M/s Berton in Thiene/Vicenza (Italy) on March, 1 of that year. The machine is running well, but would benefit from a restauration.