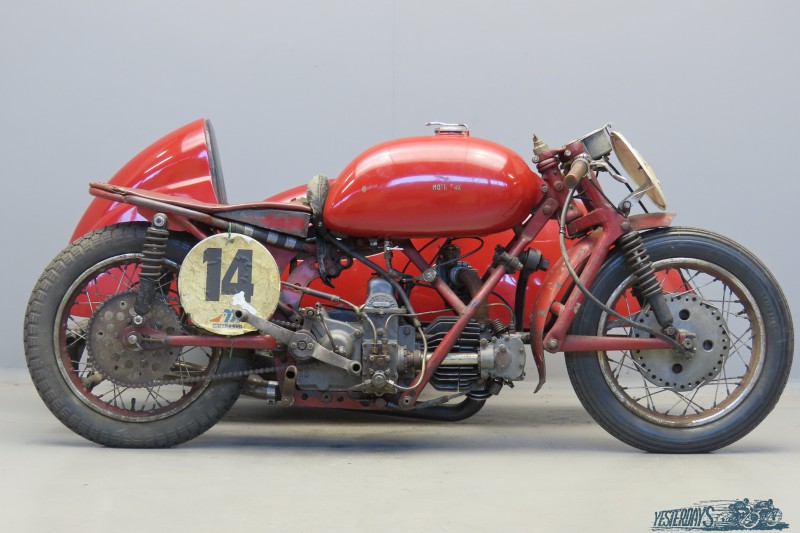 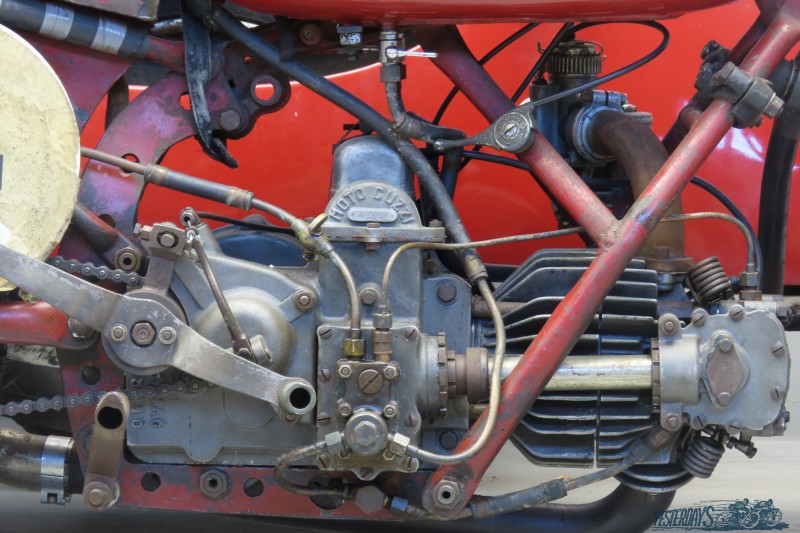 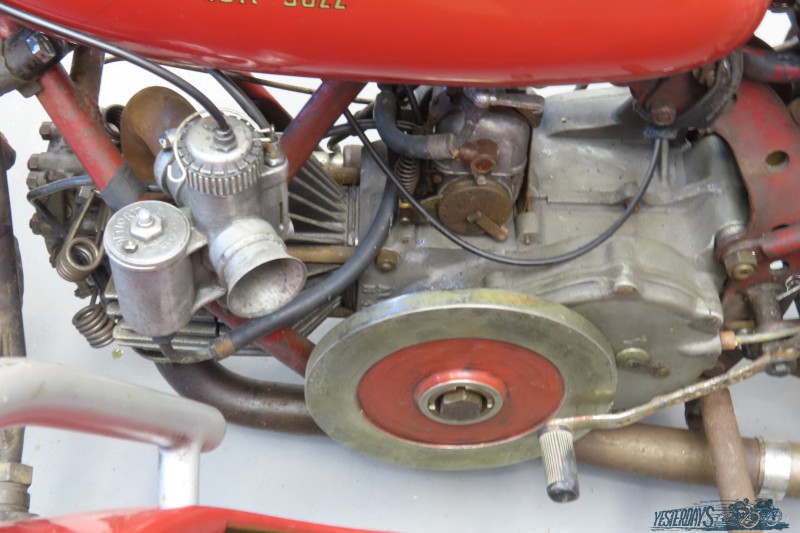 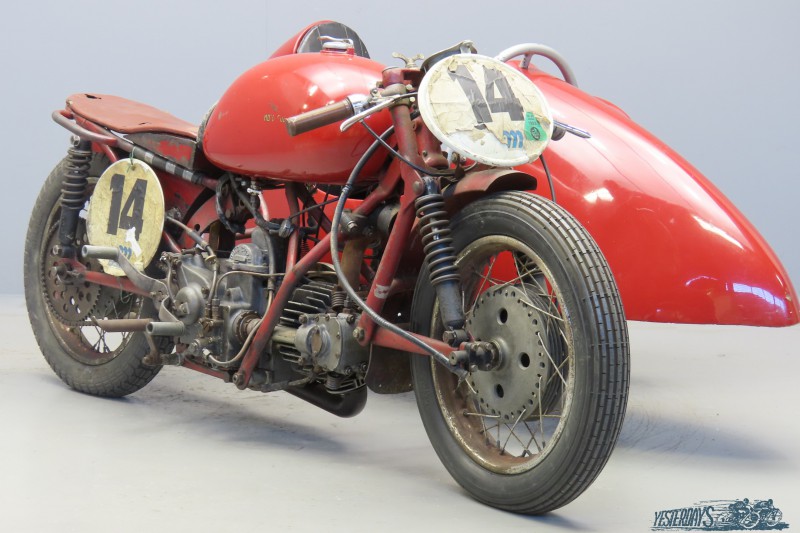 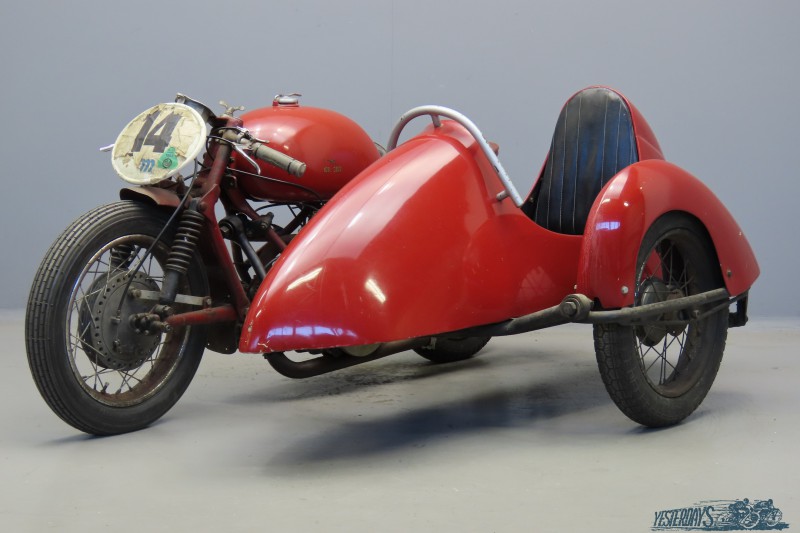 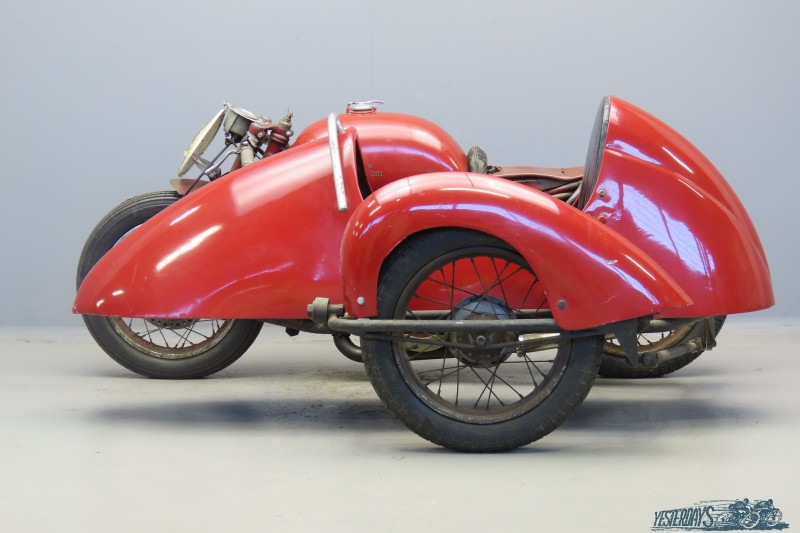 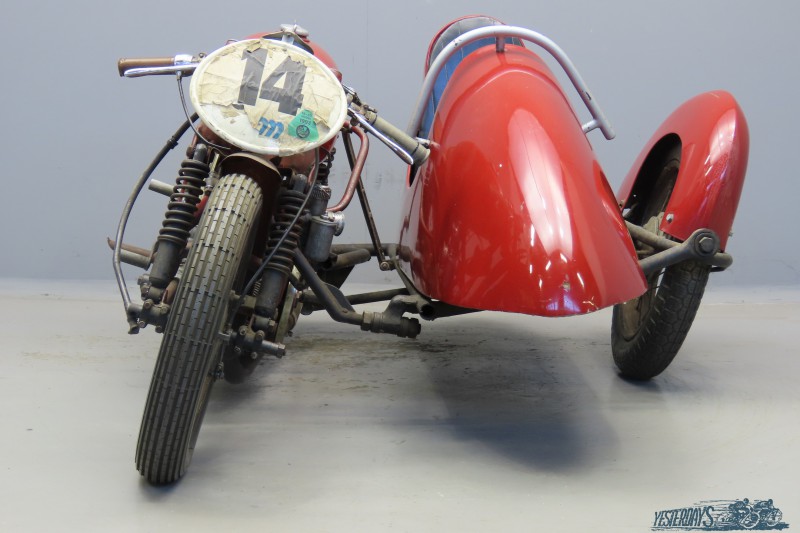 The “Albatros” came along in 1939 and was a result of a joint effort by Carlo Guzzi and an engineer called Giulio Cesare Carcano. It was built for the races reserved for amateur riders on production bikes and was effectively the works Grand Prix machine minus the blower. After the war, when supercharging was banned, it became the marque’s top racer in the 250cc class. Mechanical performance was virtually on par with the works machines. The 68×68 engine delivered 20hp @7,000 rpm with a compression ratio of 8.5:1. In 1949 the Albatros gave way to the “Gambalunghino” (little long leg, because it descended from the long stroke 500cc “Gambalunga” racer) but this model was only reserved for works riders (source: Mario Colombo, Moto Guzzi, the complete history from 1921).
The machine we present here has been used for sidecar racing and frame and forks have been adapted and strengthened to cope with the forces that are inherent in this form of sport. The sidecar frame is an ingenious flexible construction that allows the sidecar wheel to follow the line of the motorcycle and thus minimises friction when cornering. The combination hasn’t been raced for quite some time but we have been advised that the engine has recently been reconditioned.