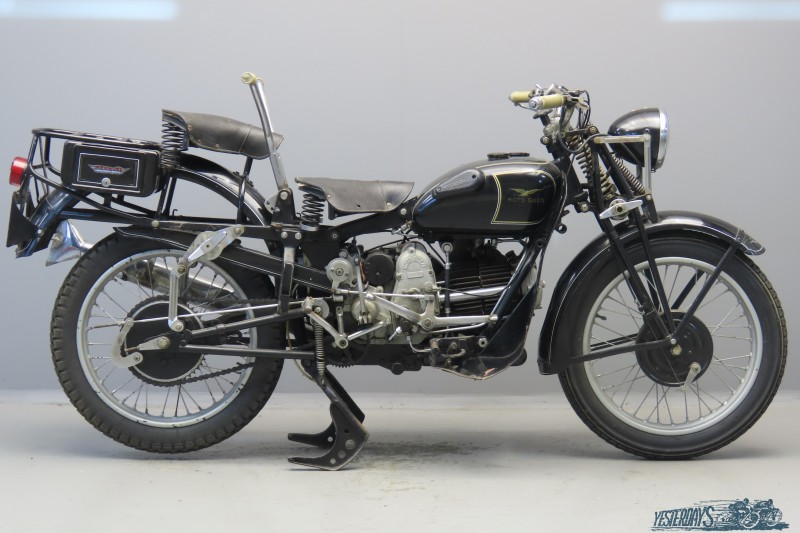 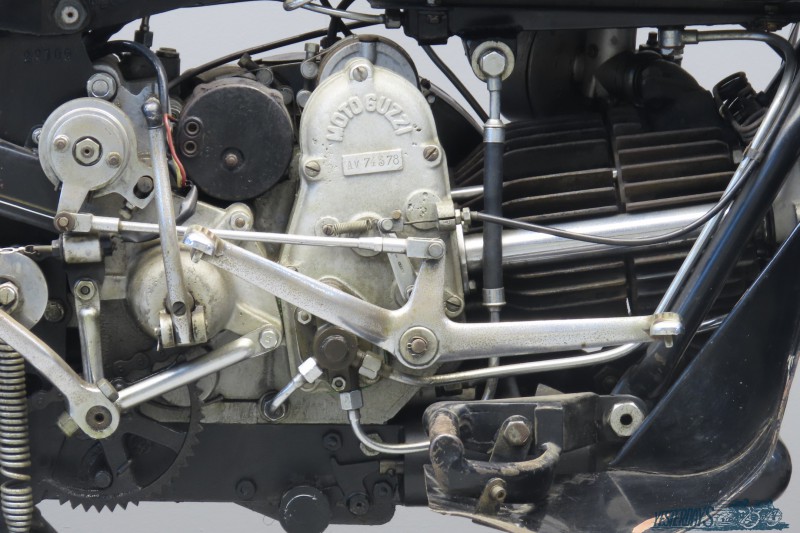 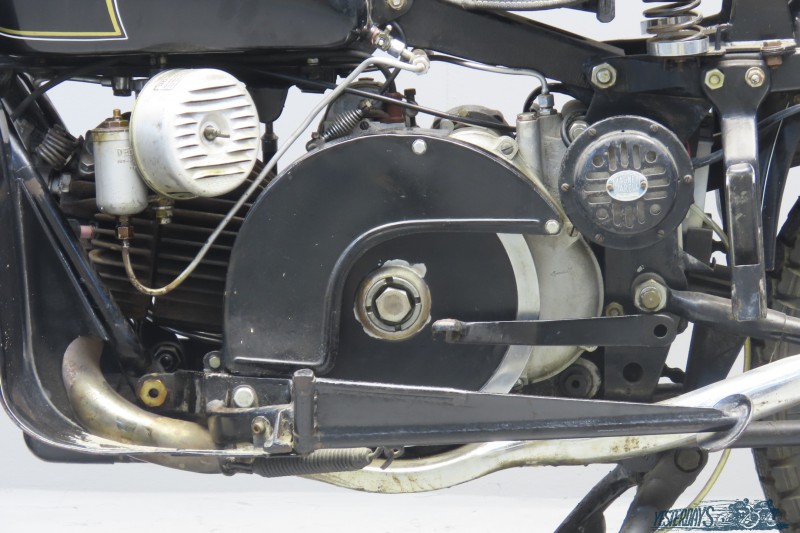 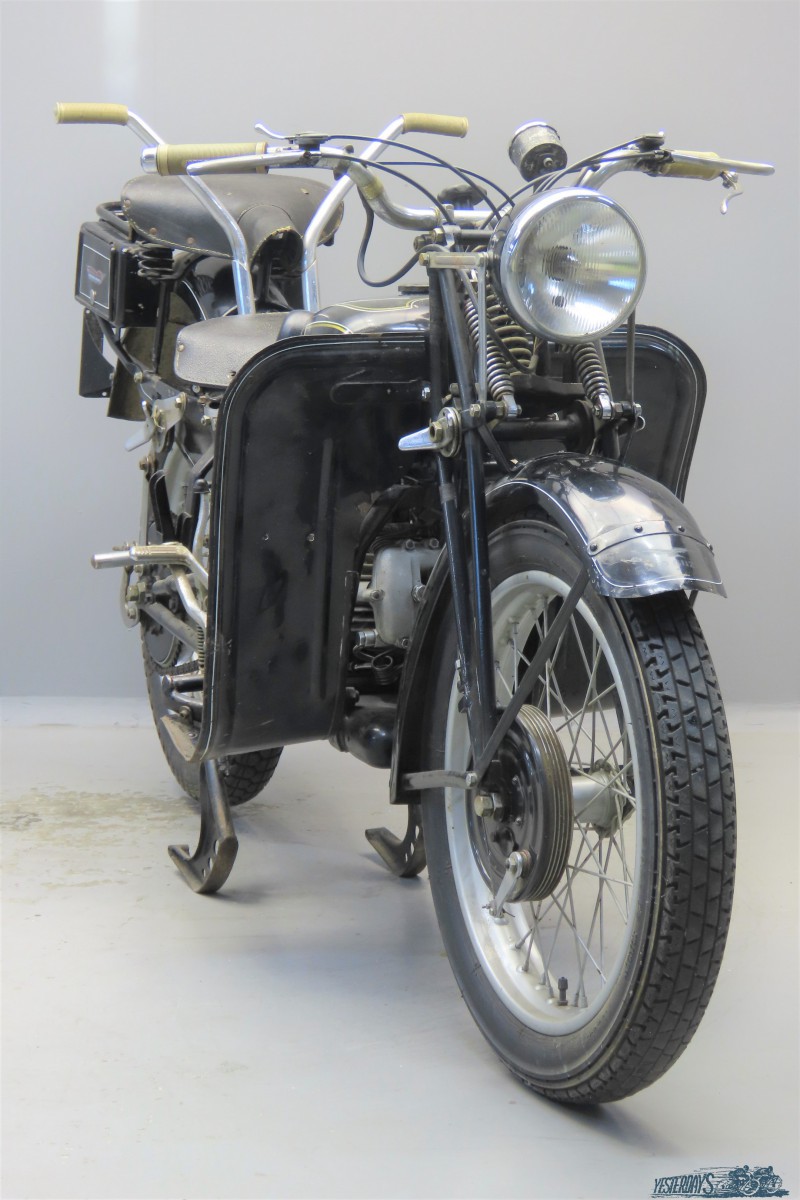 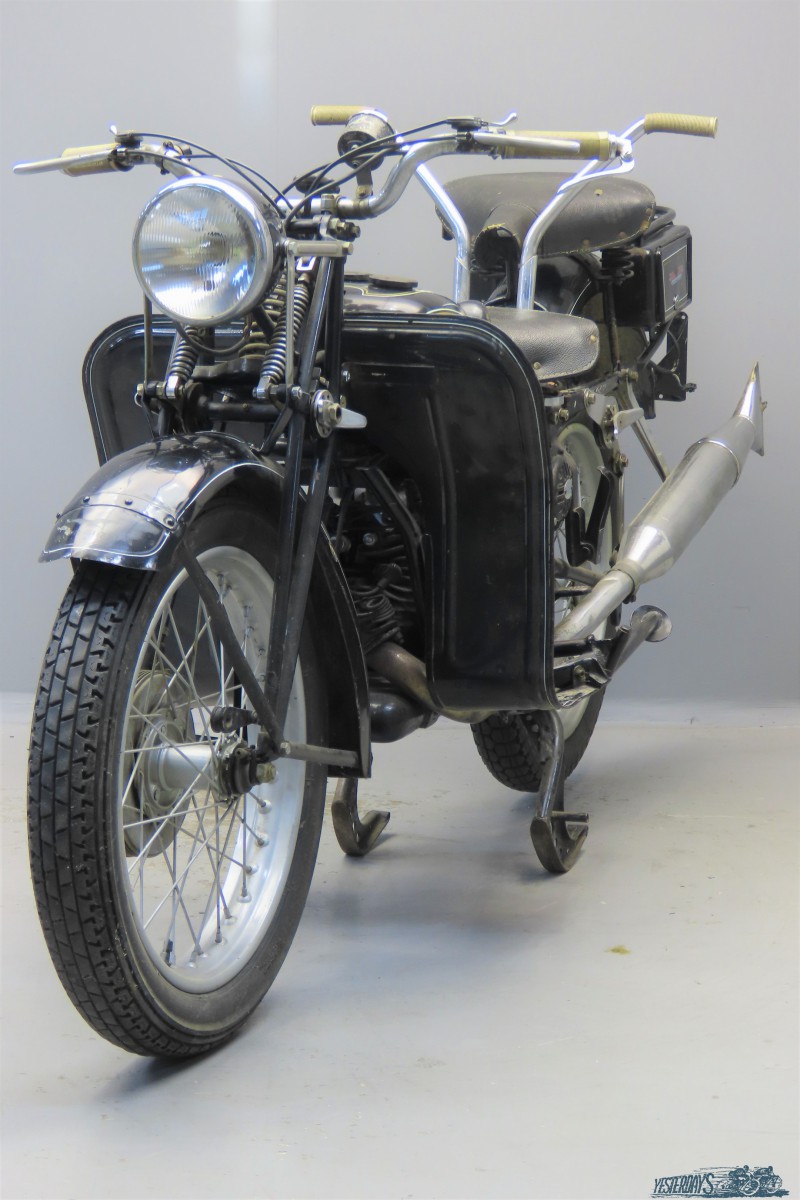 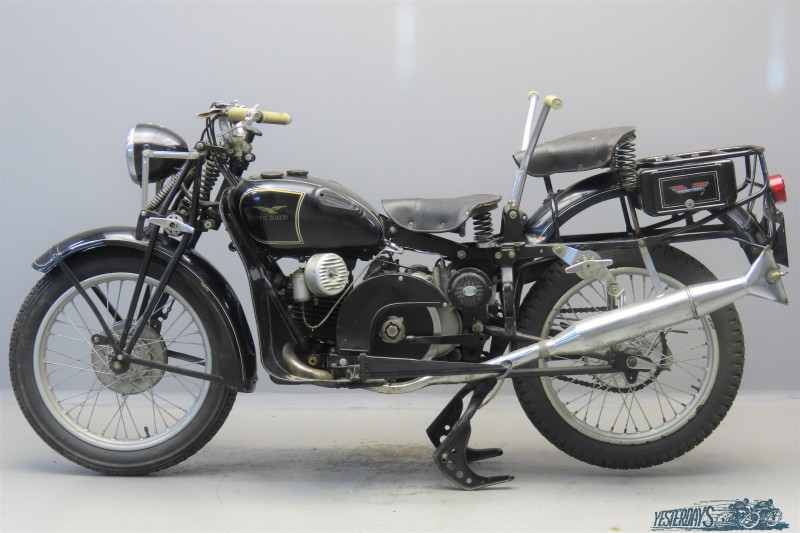 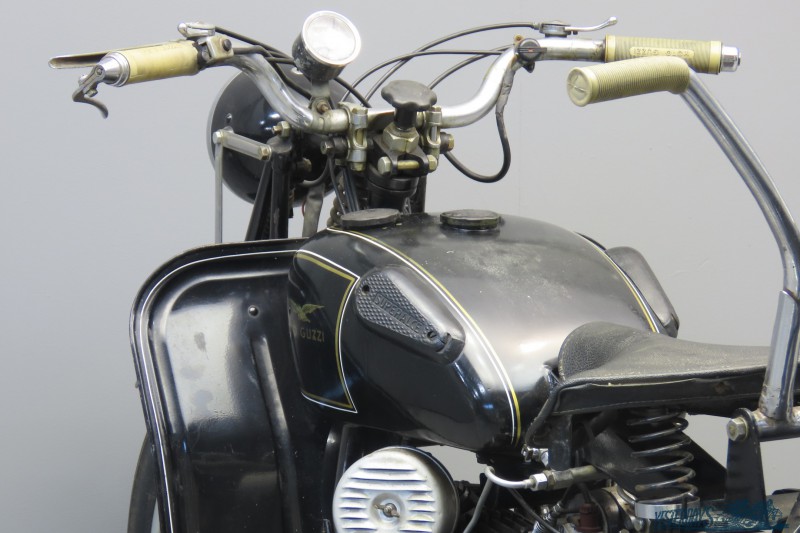 Guzzis were first used successfully by the Italian Army in the late 1920s, prompting the introduction of a model specifically for military use in 1932. This was the GT17, based on the civilian GT16, the 498cc exhaust-over-inlet engine, three-speed gearbox and sprung frame of which it inherited. The robust GT 17 became very popular with the forces, especially during the war that was fought between Italy and Ethiopia from October 1935 to February 1937. It was built in single and two-seater versions and could be fitted with light or heavy machine guns. The rear suspension system consisted of a rigid swinging arm made of rods and steel plate which was connected to a box with compression springs under the engine. By 1939 4,810 GT17s had been delivered in dark green or sand colour and a lightened and improved four-speed development, the GT20, was introduced. But many GT17s remained into service till the end of the war. The GT20 was renamed ‘Alce’ (elk) soon after its introduction and would serve as the Italian Army’s main military motorcycle during WW2, in excess of 6,000 being delivered up to 1943. In 1946 the Alce was replaced by the Superalce, which was available on the civilian market but most machines were delivered either to the army or the police forces. Biggest difference between the Alce and the Superalce was that the latter was equipped with a full-OHV configuration, while the Alce had the exhaust-over-inlet system. The Superalce’s engine delivers 18.5hp@4300rpm which is good for a top speed of some 110km/h. There’s a four-speed foot change gearbox on board and the ignition is via magneto.
This solid and technically interesting two-seater police model, complete with leg shields, has been restored in the past but hasn’t been used for quite some time. Although it is running, a good check-up will be required.