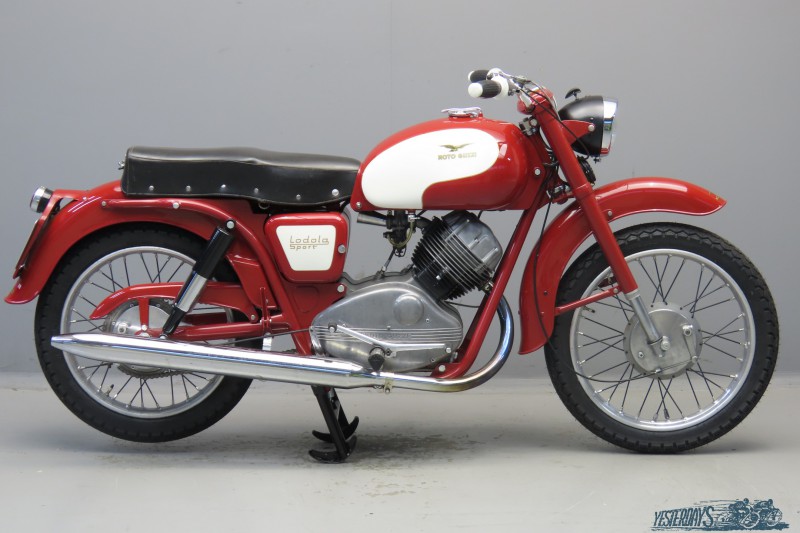 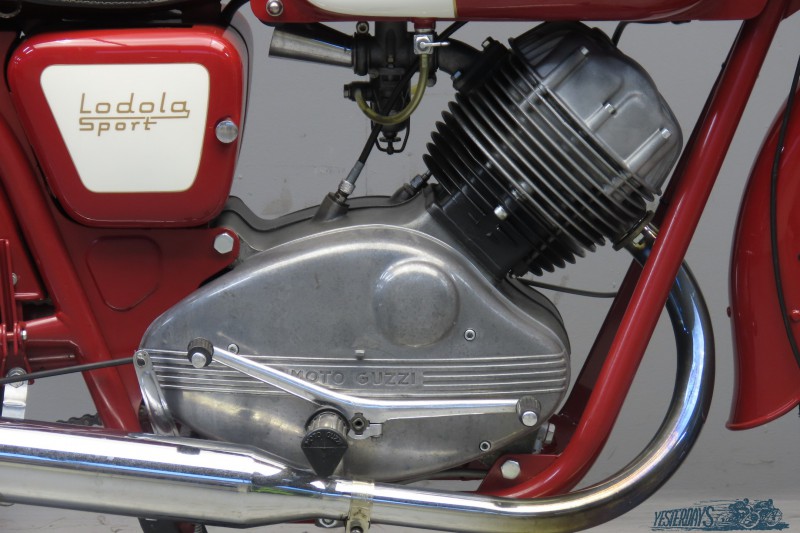 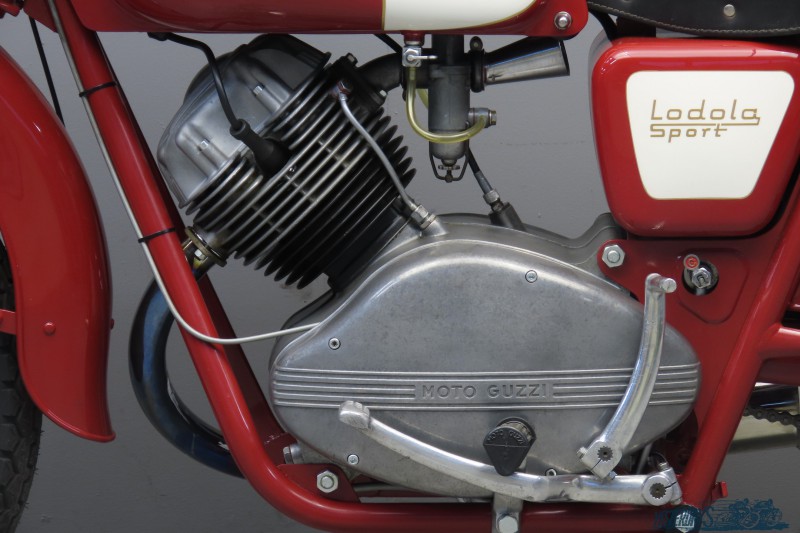 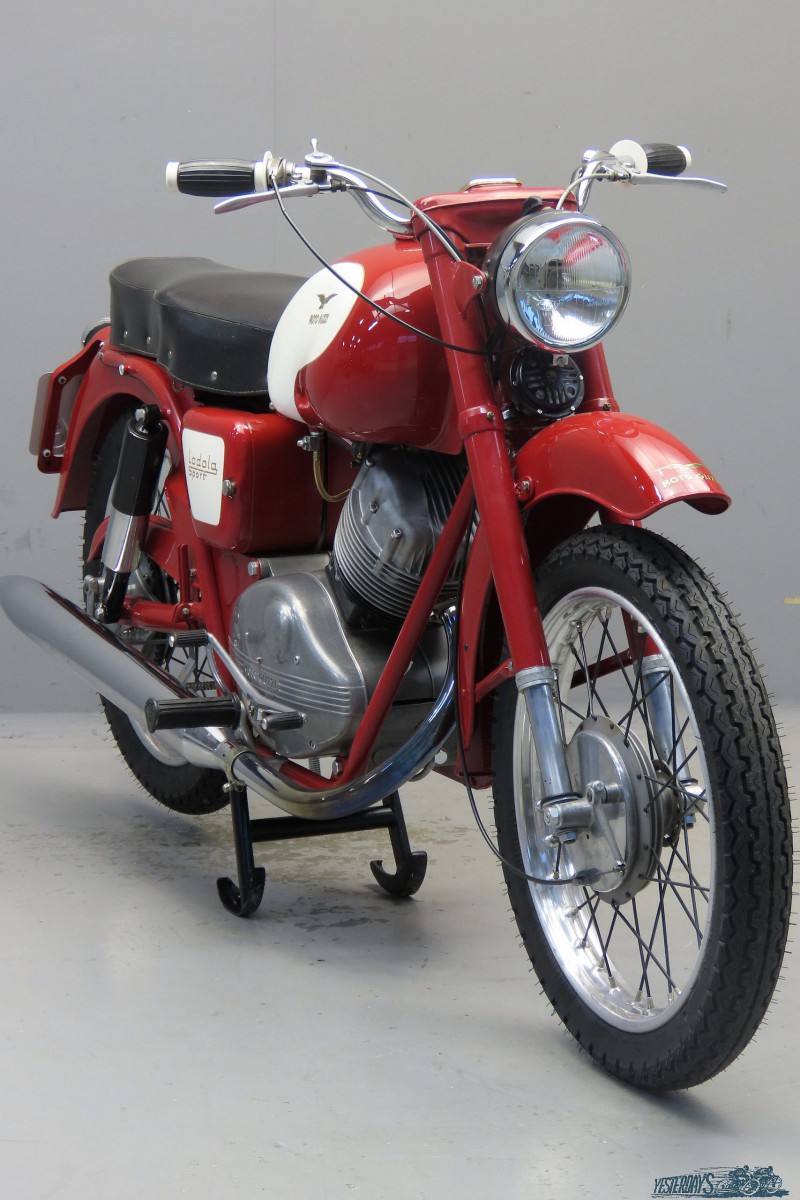 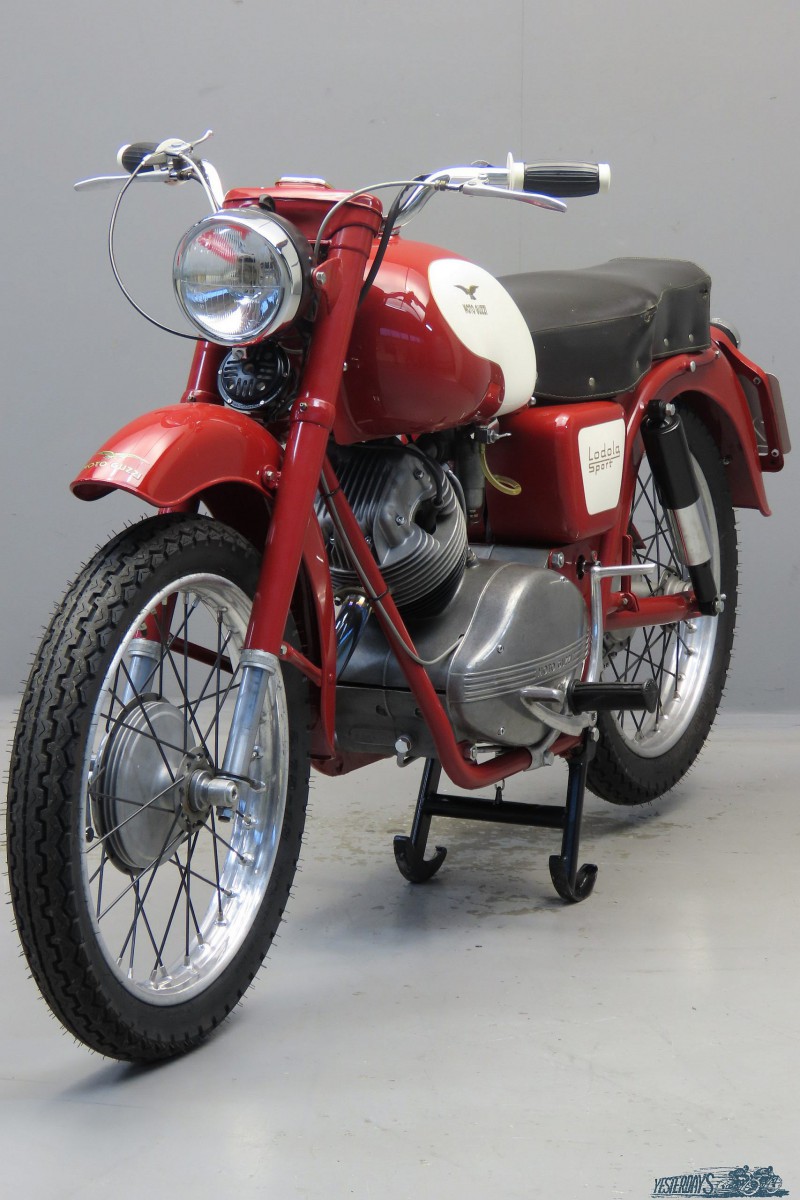 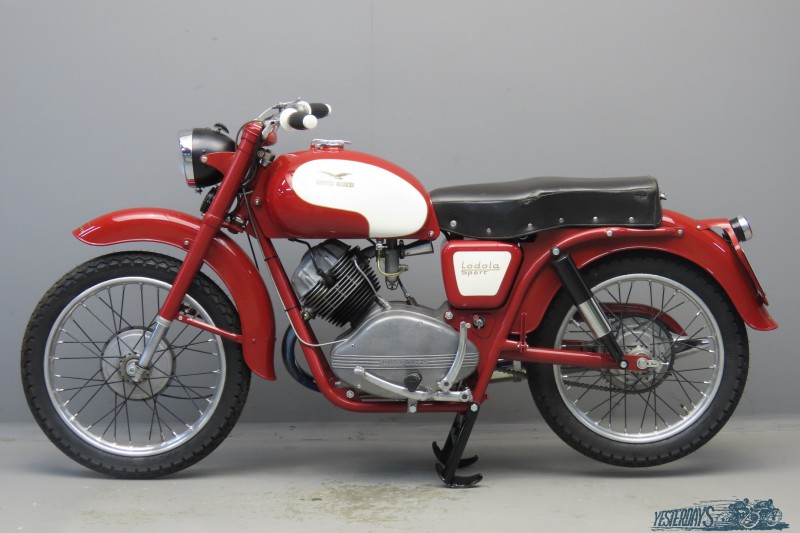 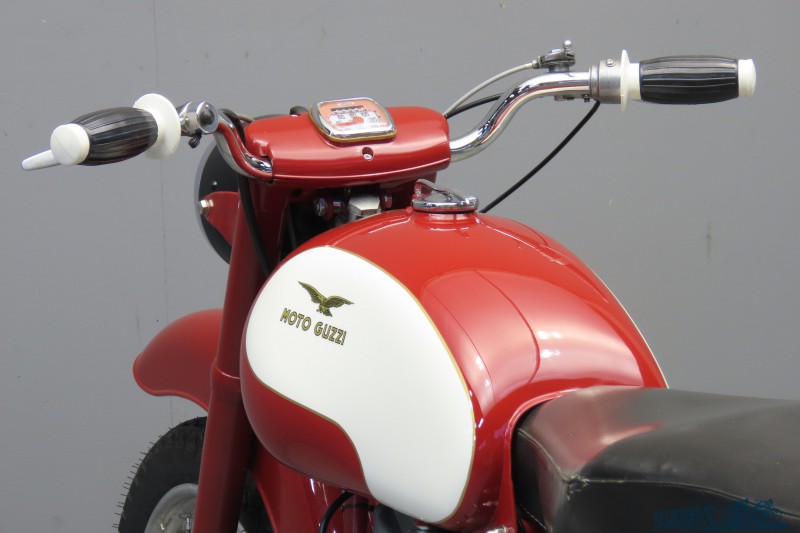 Carlo Guzzi’s final design, the Lodola (“Skylark”) arrived in the Spring of 1956. It was the company’s first four stroke that broke with the traditional Guzzi flat single design. Powered by a 175cc single-overhead-camshaft engine inclined in a duplex loop frame, the Lodola combined adequate performance with excellent fuel economy and sound handling. The petrol consumption was less than 3 litres per 100km and with a compression ratio of 7.5:1 the power output amounted to 9hp@6000rpm. Good for a top speed of 110km. The bike was relatively light with 109 kg. Wheel rims and hubs were made of aluminium. In 1959 the Lodola’s cubic capacity was enlarged to 235cc, becoming the Lodola Gran Turismo. Pushrod valve operation was adopted for the bigger engine, which produced 11hp. Production ceased in 1966. The road-registered Lodola we offer is fitted with electronic ignition and has a practical aftermarket oil tap. The left of the buddy seat has a little damage that has been repaired. 140 km/h Veglia speedo is new, as is the battery. The lighting system is functioning well and the engine is running fine.