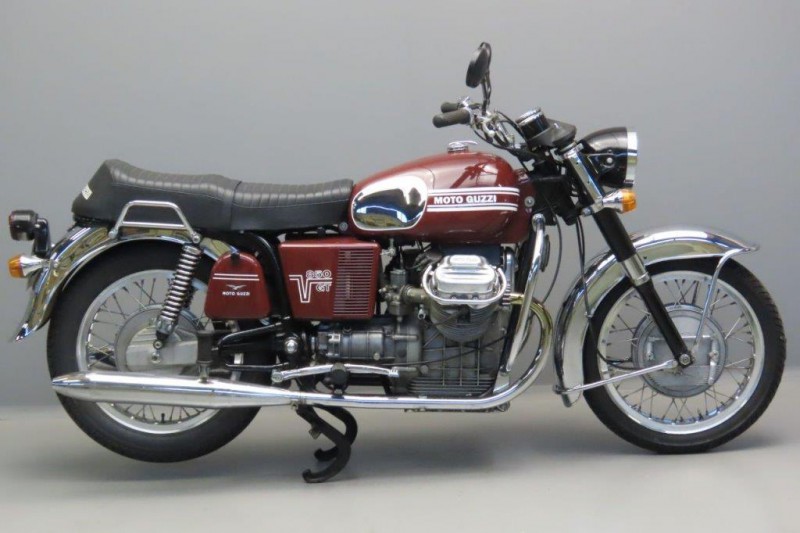 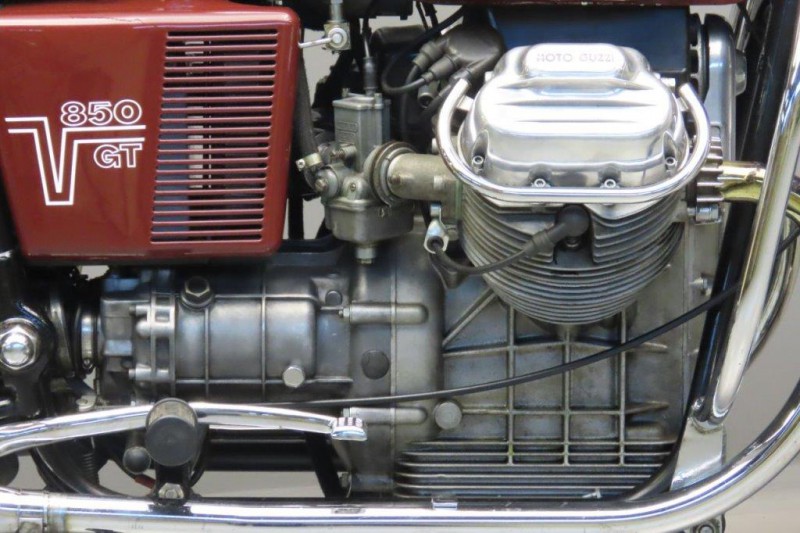 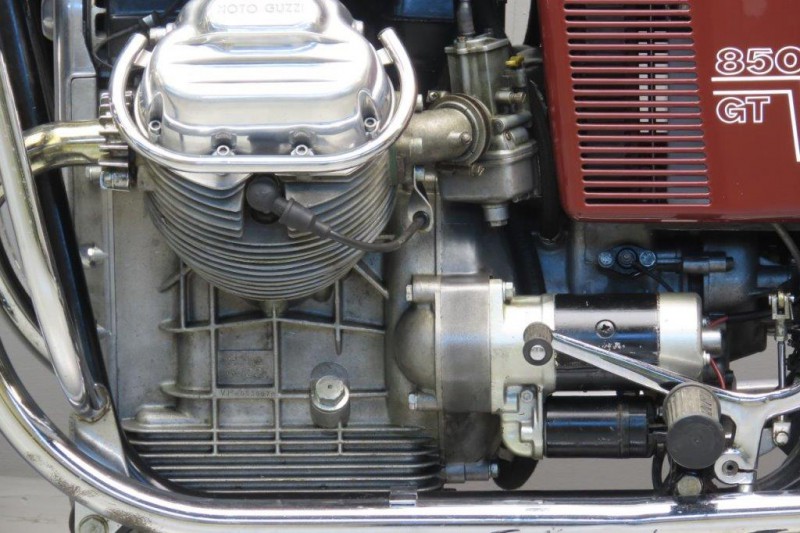 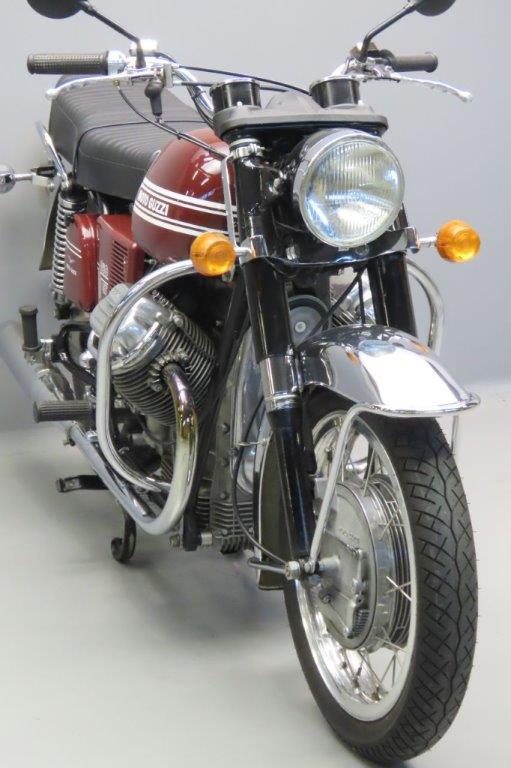 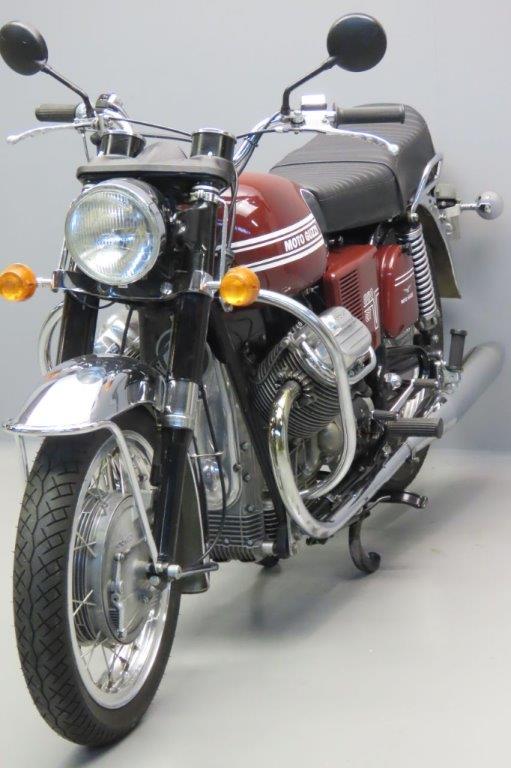 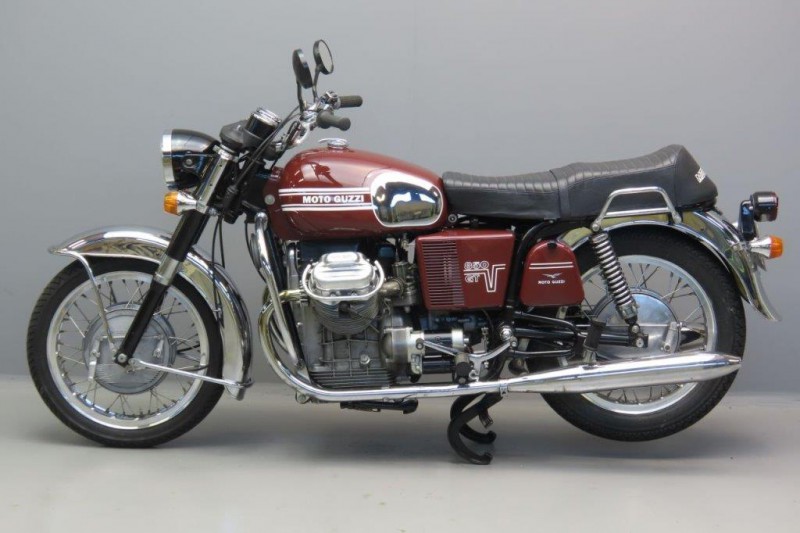 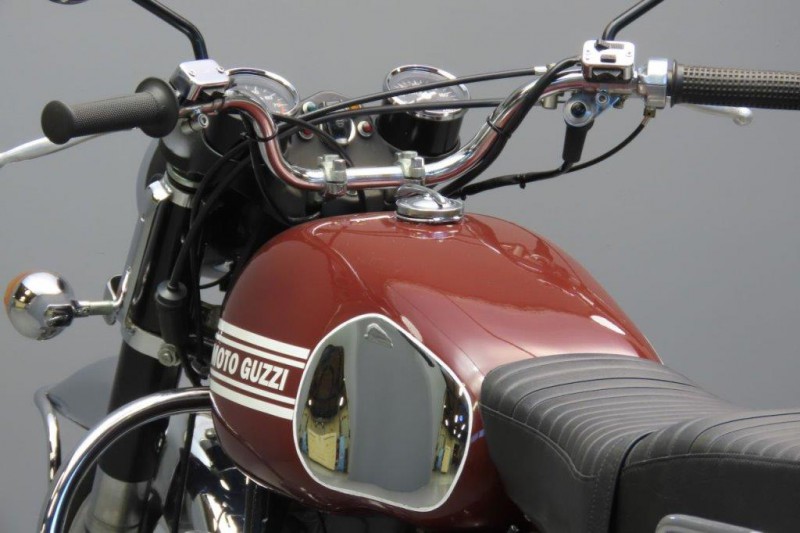 The first motorcycle to use Guzzi’s v-twin appeared in the late 1960s in the form of the 703cc V7, and this remarkable engine would prove exceptionally versatile, being enlarged beyond 1,000cc and powering machines of all kinds ranging from the super-sports Le Mans to the automatic transmission Convert tourer.
The V7 was developed into the 748cc V7 Sport and in 1972 a heavier touring version of the V7 came out, the 850 GT.
The original V7 had a power output of 40HP and a four speed gearbox, the 850GT got an extra 11 HP and was fitted with a five speed gearbox.
The V7 850GT is a sturdy and reliable machine that has a practical shaft drive.
Its engine produces lots of torque and the ride is very comfortable so this machine can truly be called a “Grand Tourer”.
Top speed is a remarkable 180km and the fuel tank hold 22.5 litres. This model was produced between 1972 and 1974.
The machine on offer is in excellent shape and has a current registration.