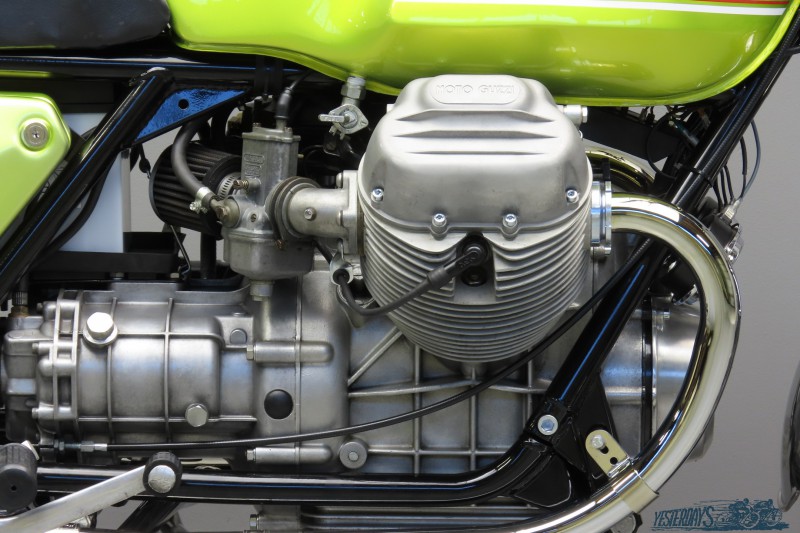 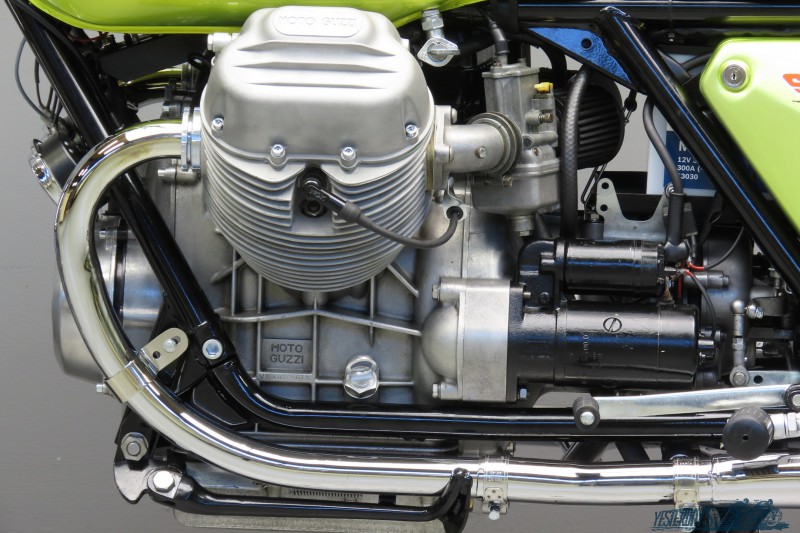 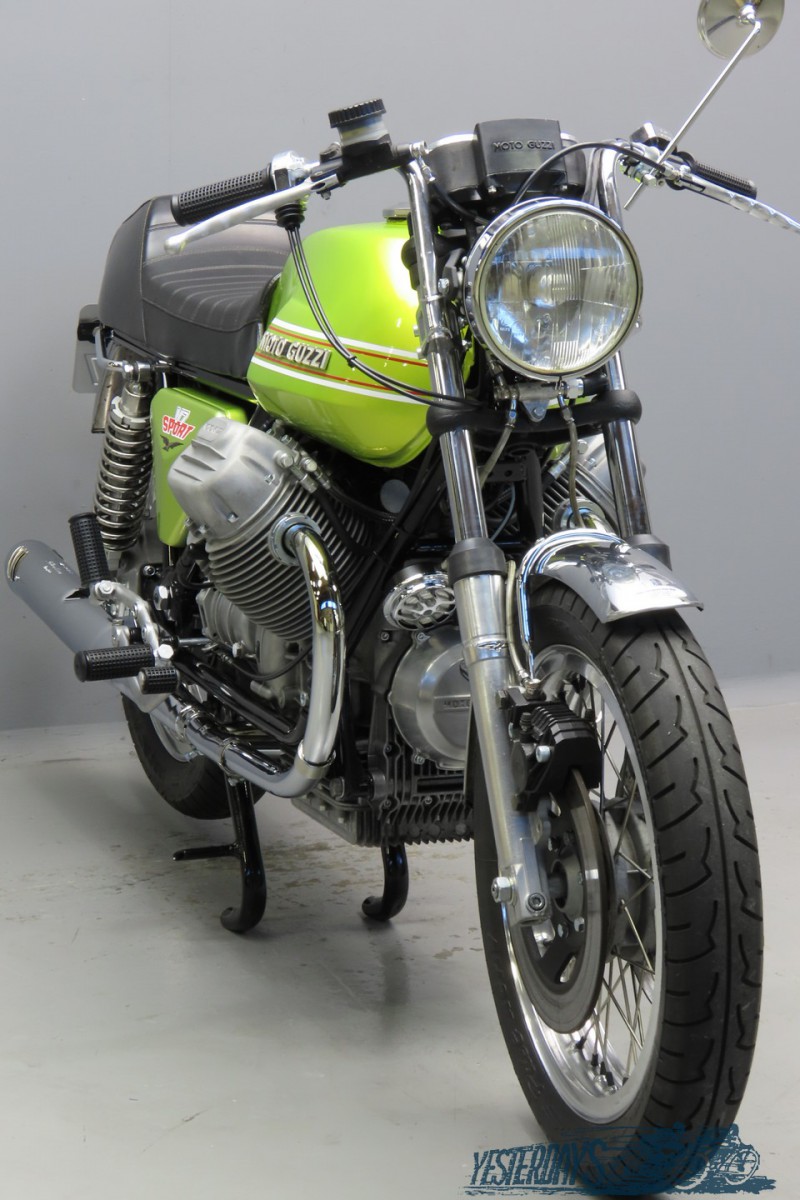 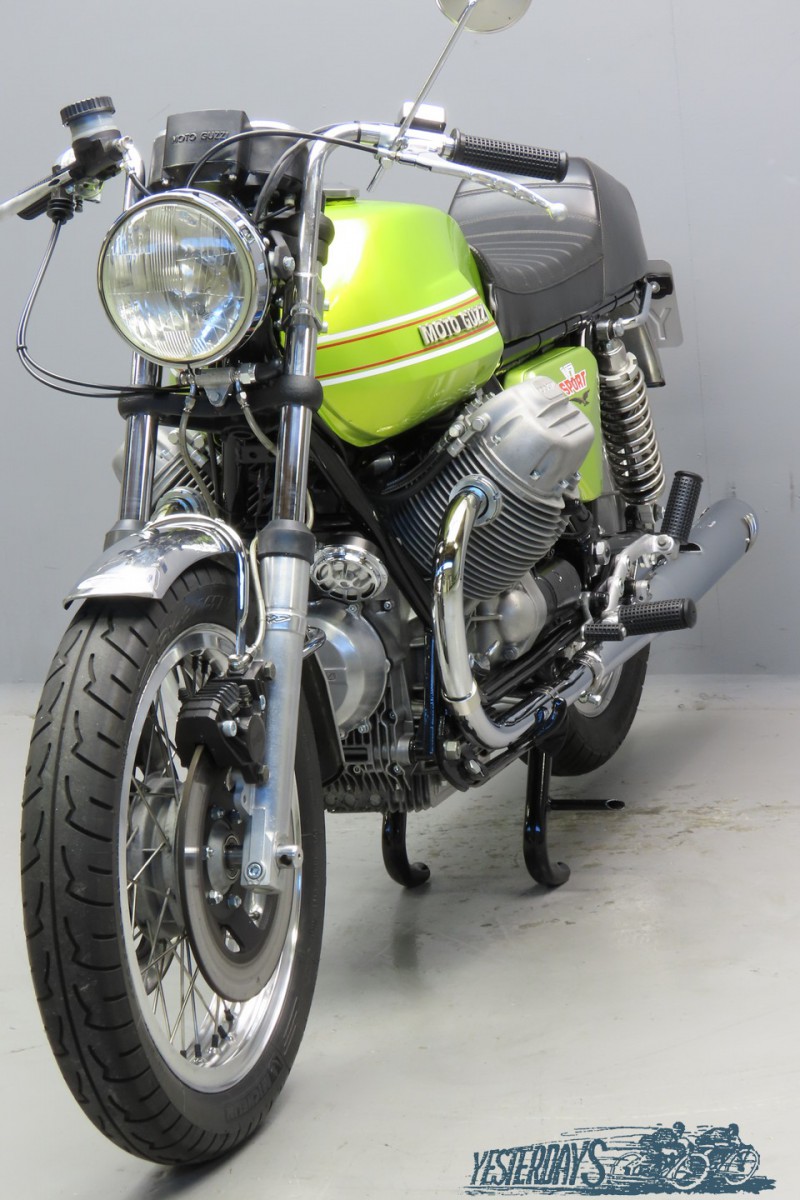 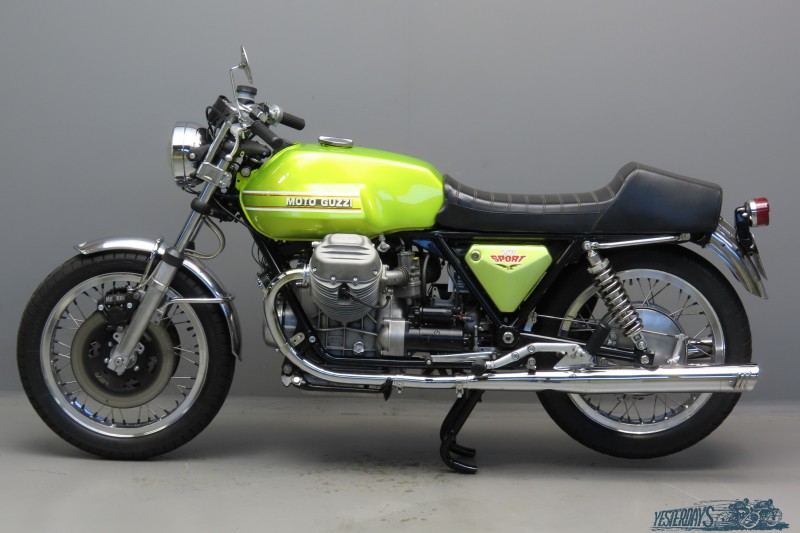 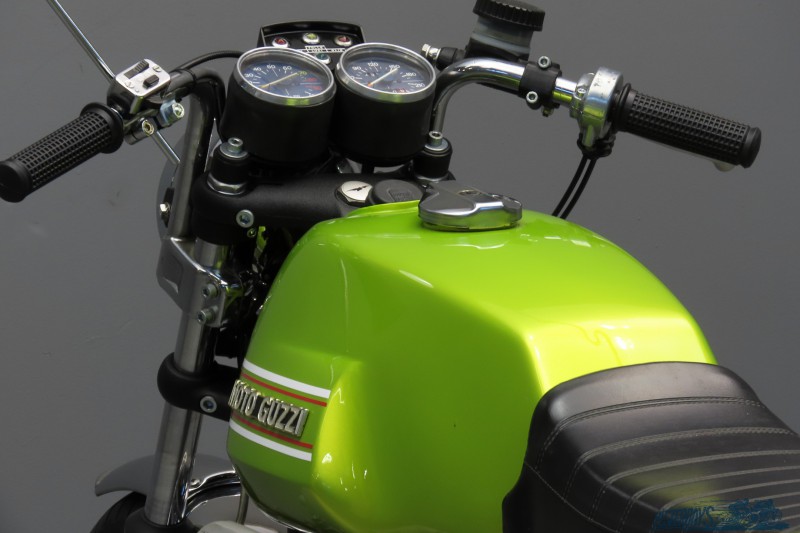 The Moto Guzzi V7 Sport is introduced in 1971 as a new and improved version of the standard V7.
For their new superbike the engineers at Moto Guzzi install the alternator on the crankshaft nose which allows the engine to be fitted lower in a new frame, thus improving the centre of gravity.
The new frame is a significant improvement over its forbear and when combined with the revised 5-speed gearbox and large-diameter drum brakes, the new Moto Guzzi can be called a revelation. With 70bhp @7000 rpm and a top speed of 205km the V7 Sport can cheerfully take on the Norton Commando, the Triumph Bonneville and anything being produced by BMW or Ducati.
The V-twin and shaft-drive used by Moto Guzzi have originally been designed for military applications, where reliability and ease of maintenance are primary concerns.
With a capacity of 748cc the air-cooled V-twin is fed by twin 30mm Dell’Orto carburettors (each with cold-start levers), and it has a factory specified compression ratio of 9.8:1 and bore x stroke dimensions of 82.5 x 70.2mm.
With a dry weight of 206kg the Moto Guzzi V7 Sport proves to be a spritely performer and it is highly regarded by reviewers, perhaps the single largest drawback is the not very modest price tag. Later versions get discs brakes and from engine # 33448 for efficiency reasons internal modifications are made that make the engines cheaper to produce but not necessarily better: one of these modifications is the introduction of chain drive to the valve gear.
This V7 Sport has been restored recently: the engine has been overhauled, the frame has been powder coated, the petrol tank has been sprayed in the original lemon green colour, the wiring loom has been renewed and the brakes have been overhauled.
New parts include the battery, coils and the correct Lafranconi Competizione exhaust dampers with the stylish “gills”.
Nowadays an early V7 Sport is regarded as one of the most iconic machines of the seventies and one of the most alluring of the classic Moto Guzzi machines.
This specimen is an excellent runner and she is all ready for the road.