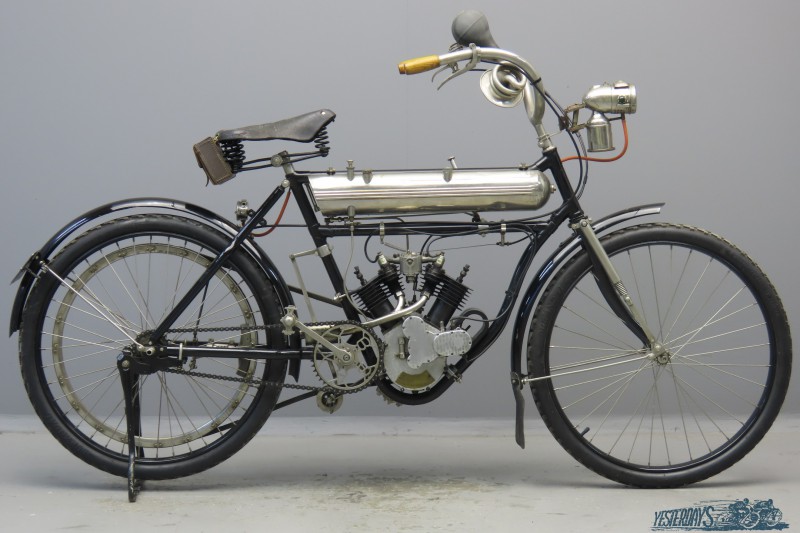 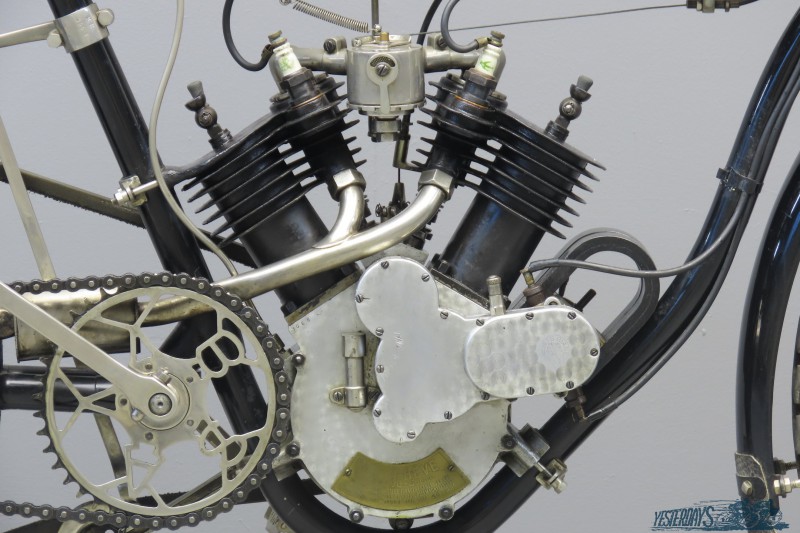 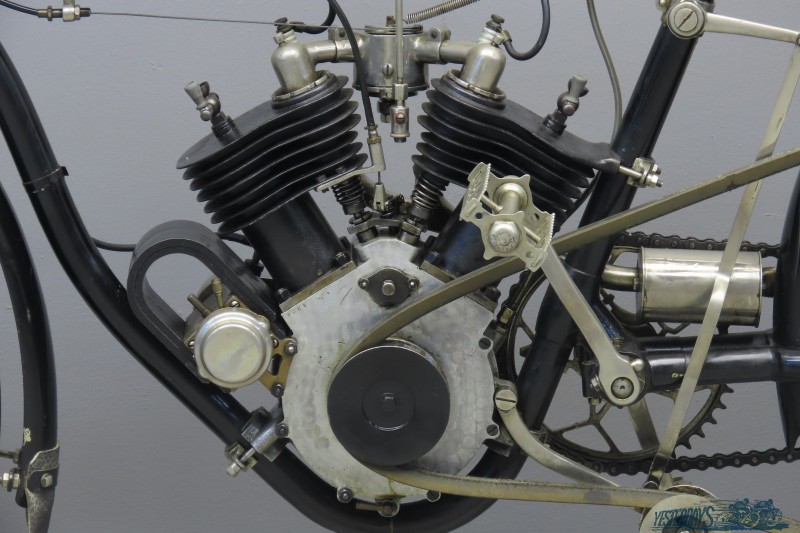 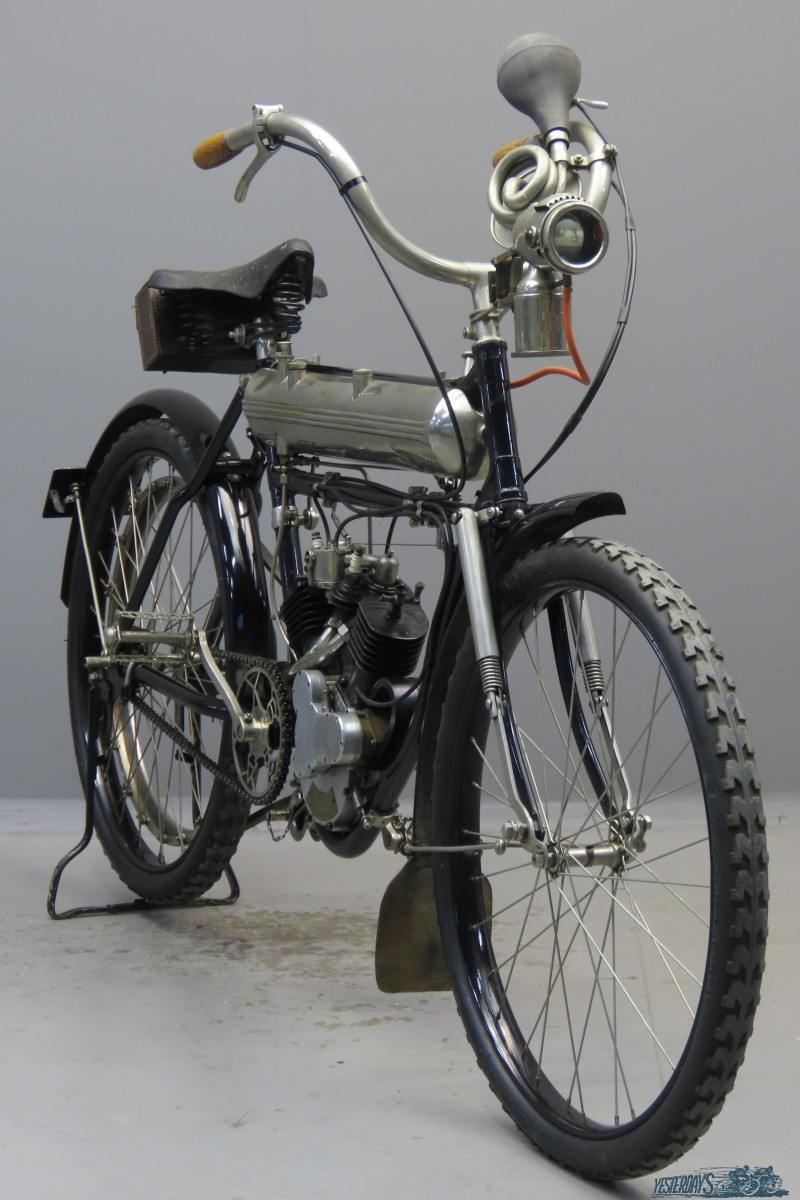 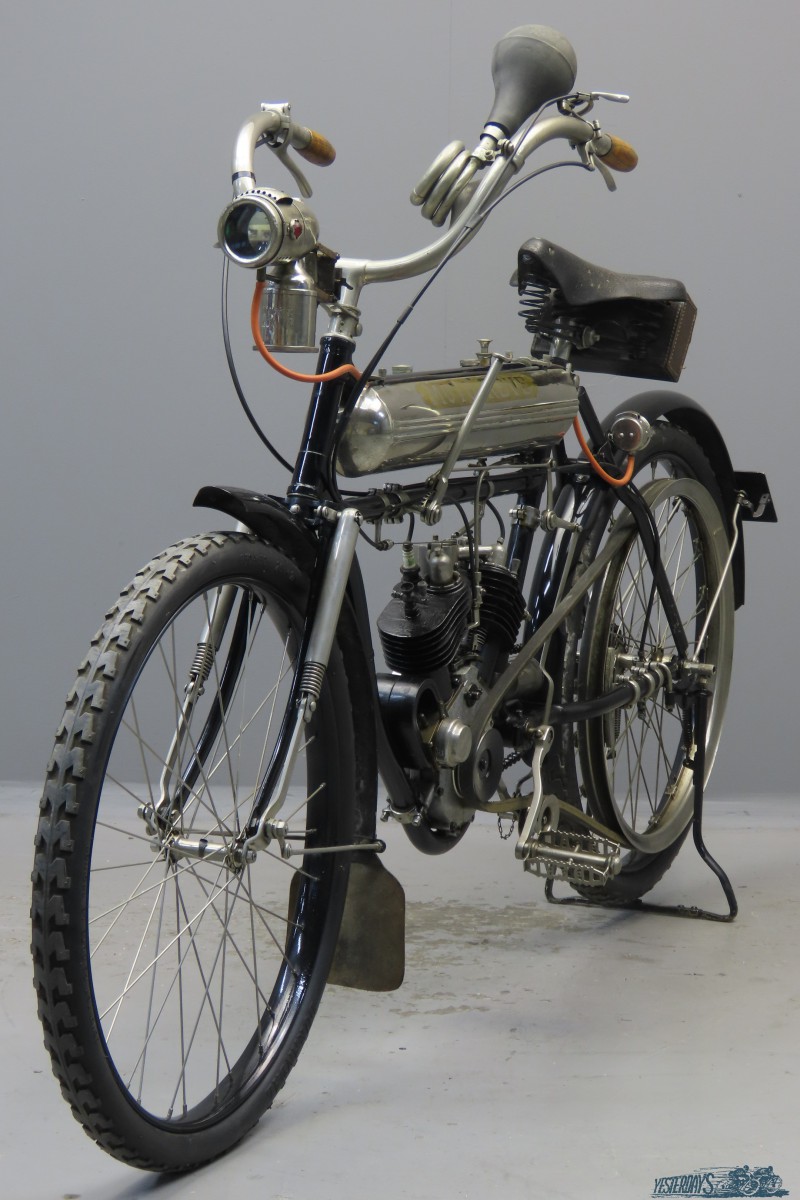 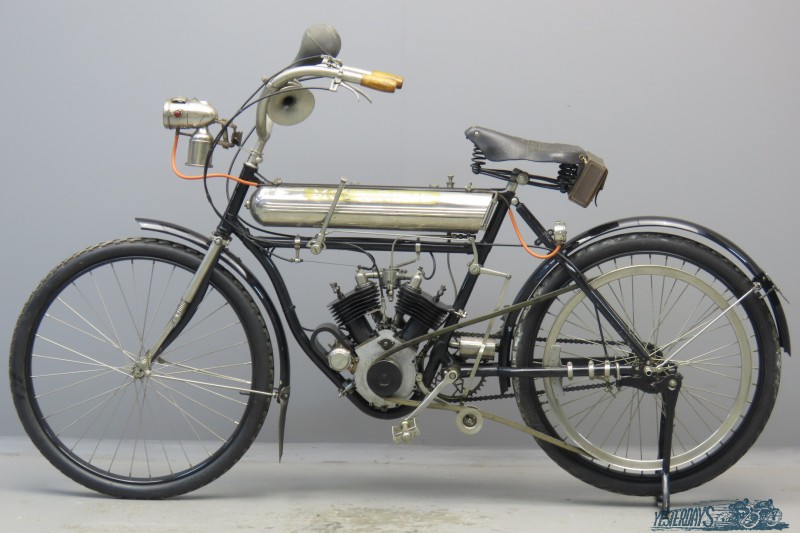 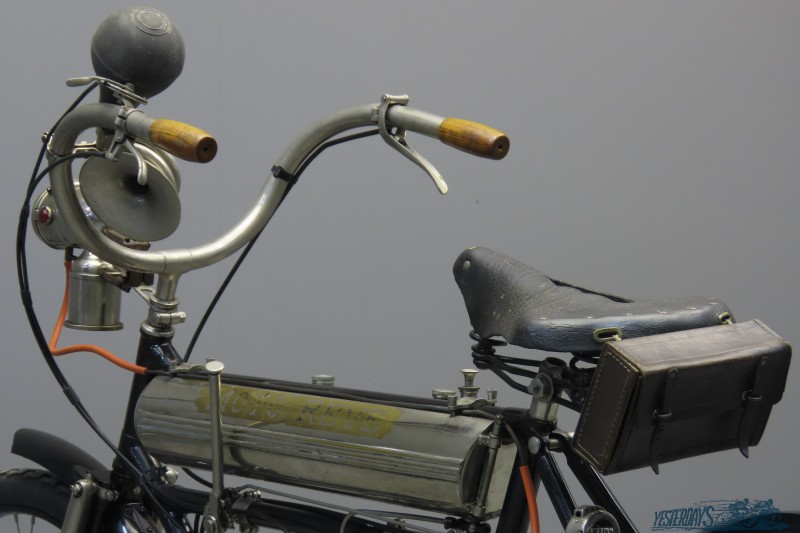 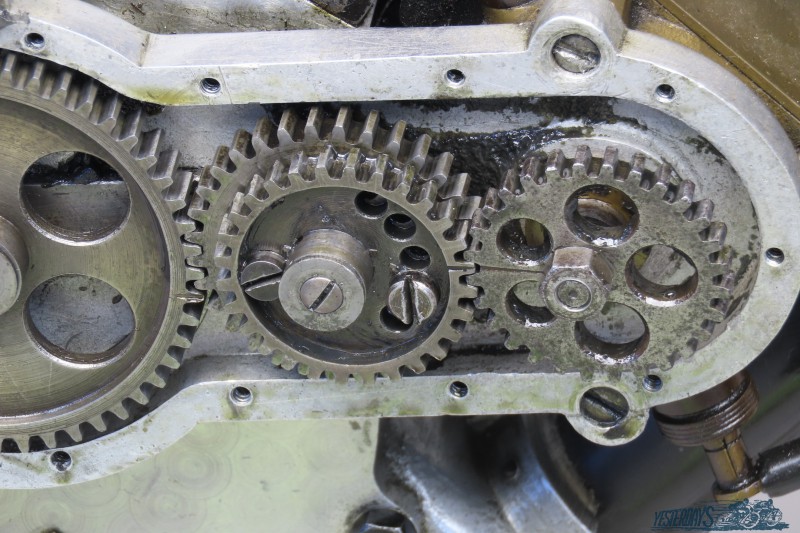 The Moto-Rêve (“dream motorcycle“) was made in Geneva, Switzerland, and had many features in common with its main competitor in that city, Motosacoche. The first model was presented to the public in May 1906. Within a few years the finely engineered little twin became well known in many European countries; there was even a representative in Australia. At the London Stanley Show in November 1907 a Moto-Rêve engined machine was displayed at the Norton stand under the name “Energette”. Soon a British company started to mount Swiss engines into British rolling chassis, to overcome the problems that had arisen with Bowden patents. The Moto-Rêves produced in Geneva were equipped with Bowden wires that were not protected by patents in Switzerland and could not be sold directly in Britain. There were a number of differences between the Swiss and English models: the machines for the English market were fitted with lightweight Druid-type forks and the frames were different. Year by year the Swiss-built models were improved: in 1910 an extra frame tube under the saddle was added and in 1911 the belt tensioner got a ratchet-operated control lever next to the petrol tank. Moto-Rêve also built ohv singles and v-twins already before 1914. After 1914 not much was heard of the firm, although it existed into the 1920s.
The well-restored and excellently engineered machine we present here is fitted with 26×2 Durandal tyres and comes with leather tool pouch, acetylene headlamp and curled bulb horn. Note the unobtrusive petrol level indicator at the back of the petrol tank, the BSA chainwheel -that appears to have been a standard fitting on many Moto-Rêves- and the excentric gear drive for the magneto.