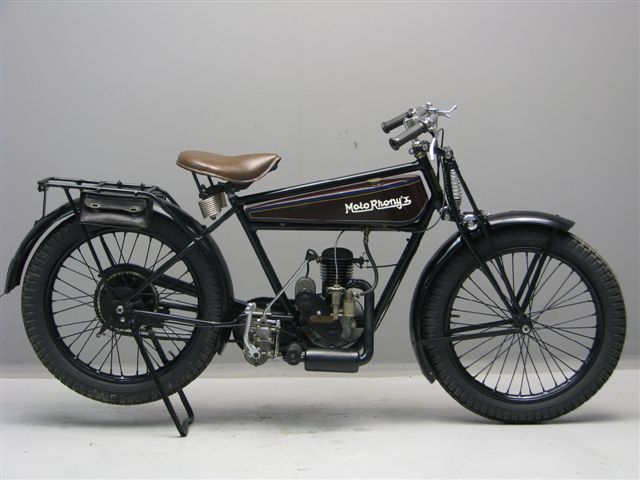 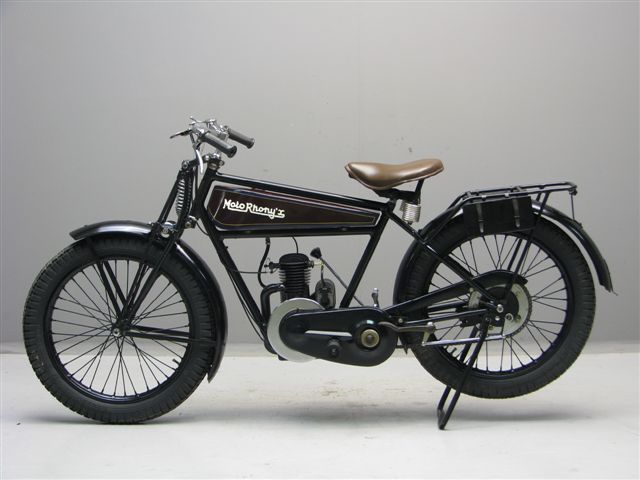 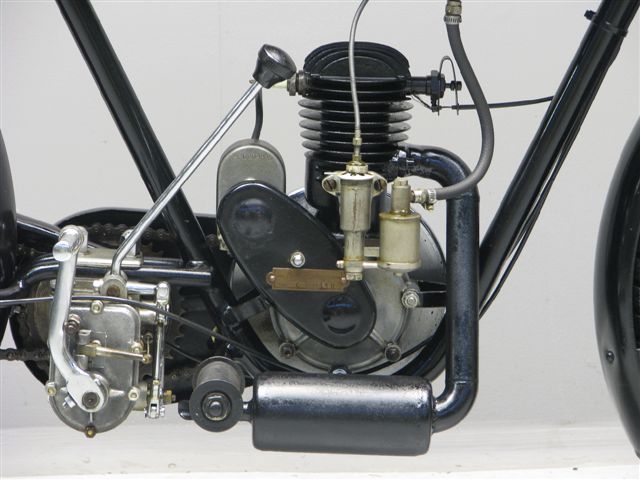 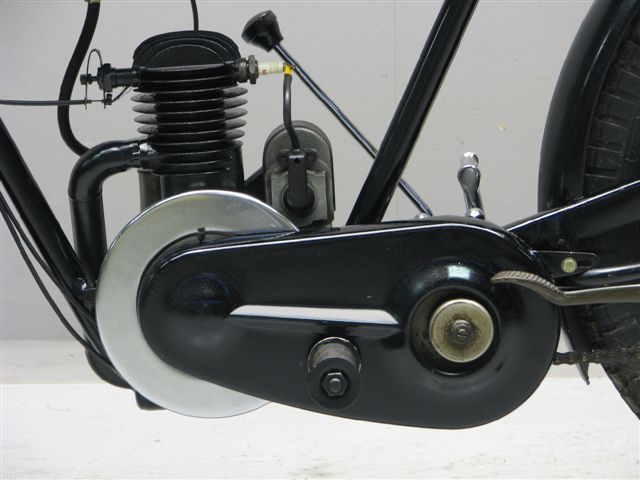 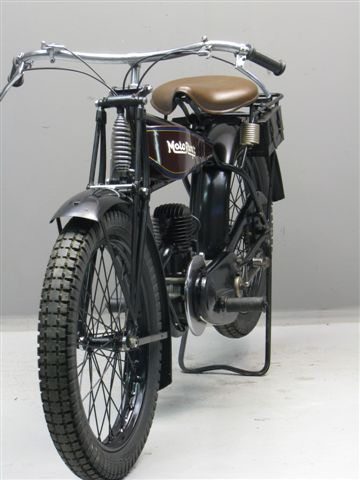 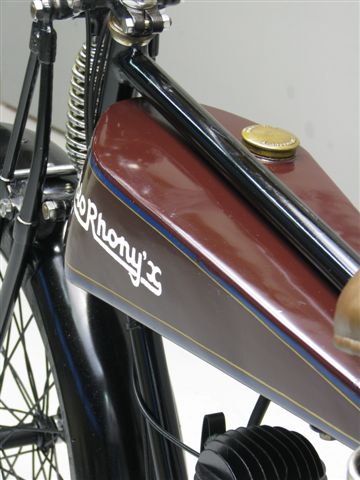 This make existed for a relative short period only.
Initially the company  hailed from the village of Bron, ( Rhône), later on it  moved to nearby  Lyon.
The first models, made in 1924,   had two stroke engines with outside flywheel.
They  were made in four types: Type A was a  “monovitesse” , Type B  had  two speeds with chain-cum-belt transmission, Type C had primary and secondary chains and Type D was a more powerful 250 cc model.
In later years also JAP and Chaise engines were employed, as well as their own “Stainless” unit construction engines.
|The brakes for the bigger machines were made by the firm of AYA in Saint Etienne, which also produced brakes for makes  like Styl’son  and New Map.
Production stopped in  the thirties.
This early production model has been restored some time ago;  the magneto is a  rewound Magneto France.