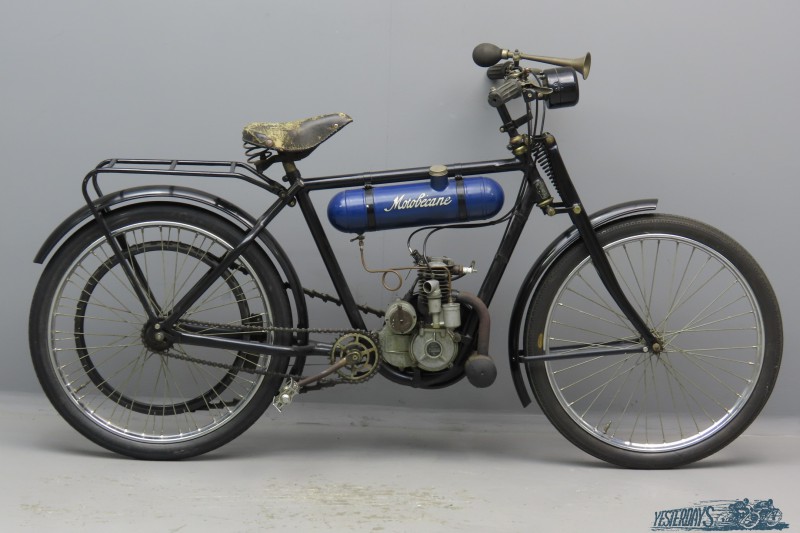 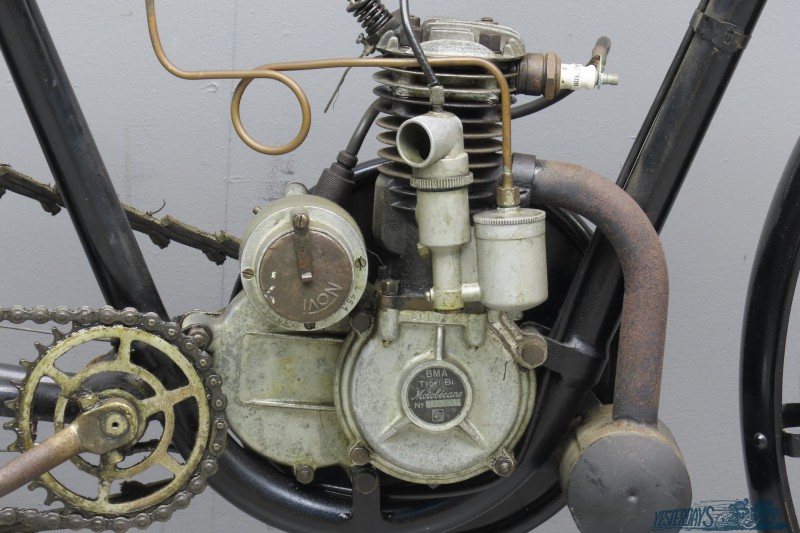 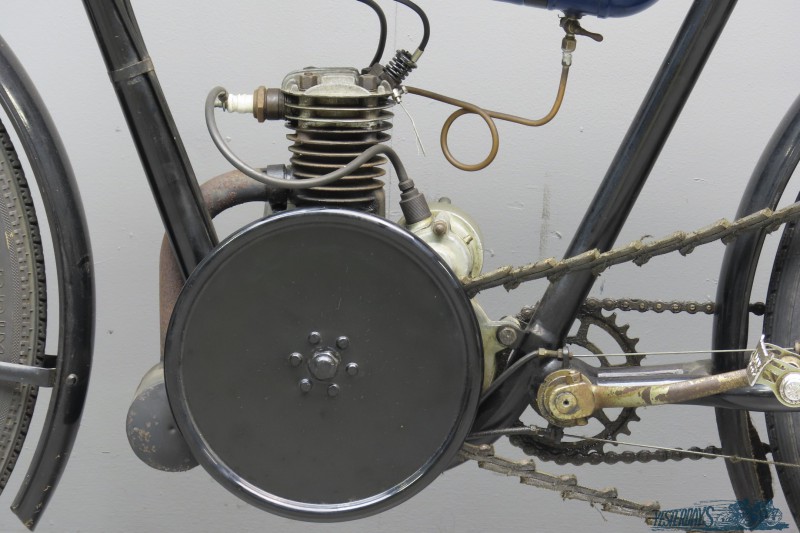 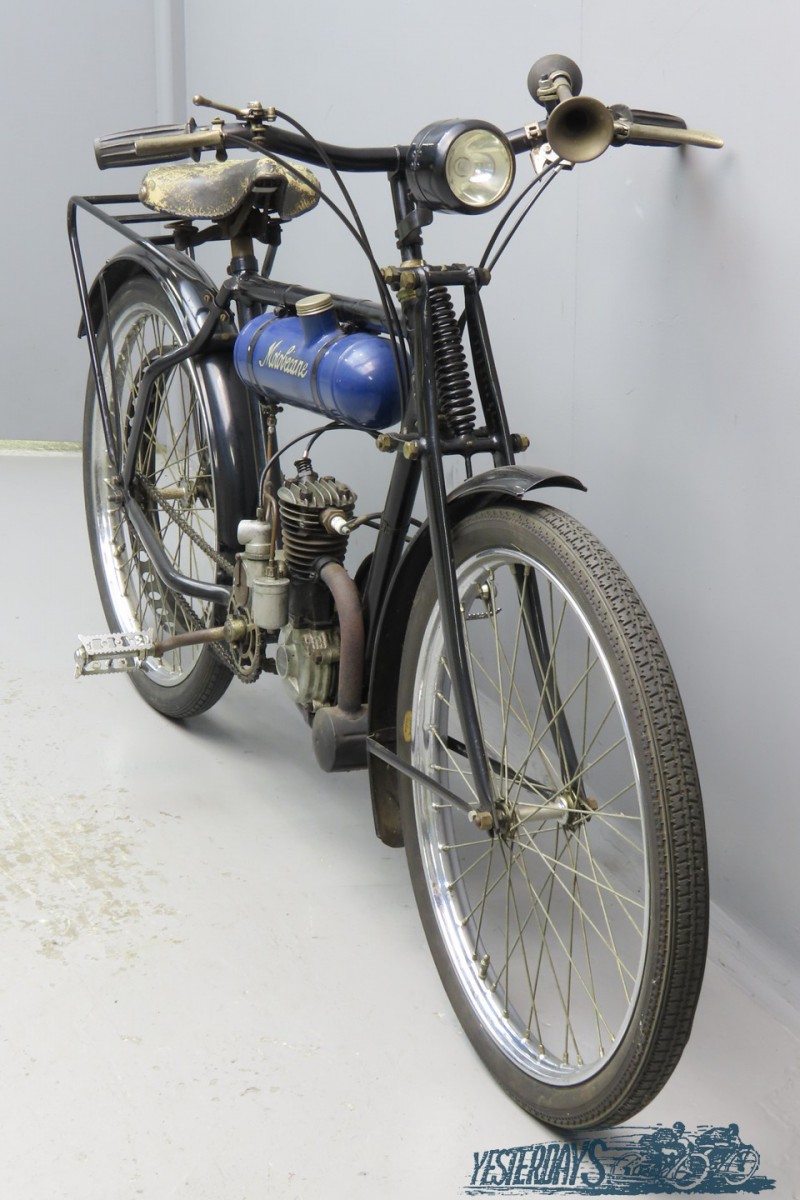 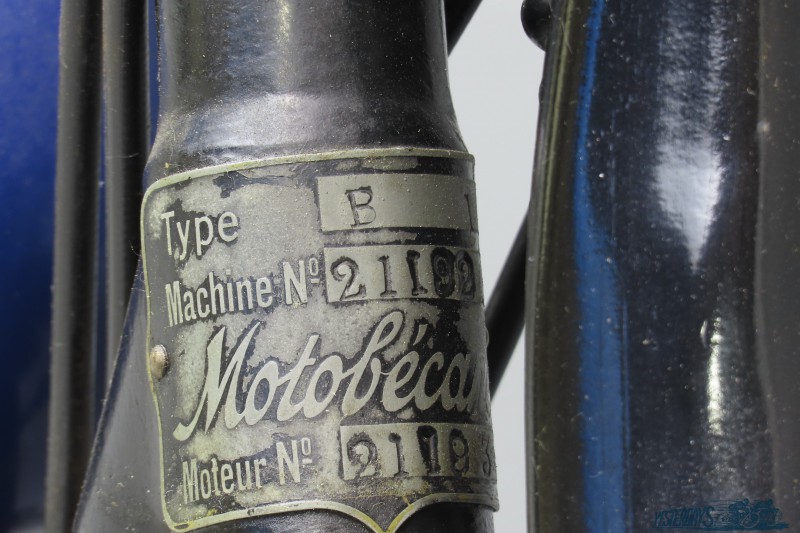 Abel Bardin and Charles Benoît were responsible for the very successful 175 cc direct belt driven Motobécane MB 1 two stroke that was presented in 1923.
The name means “motorised bicycle”. In 1925 they designed a more powerful and comfortable 308 cc two stroke with a two speed gearbox.
This machine was marketed as “Motoconfort” and from 1926 the Motobécane and Motoconfort operated as sister makes.
From 1927 on the range was expanded with four stroke models that were powered by engines from Blackburne and JAP, while gearboxes from Burman, Staub, Albion and various other makes were fitted.
But the company aimed at producing their own engines and from 1930 a range of three speed side valve unit engines from 175 to 500 cc was used to power the various Motobécane and Motoconfort models.
In 1929 the company brought out their first BMA. A few years earlier the French authorities had passed a law to ratify a new type of mechanised transport, the Bicyclette à Moteur Auxiliaire.
This was essentially a bicycle with a light engine.
The total weight of the vehicle should not exceed 30kg, top speed should be maximal 30km, the displacement should be no more than 100cc and pedals were compulsory.
These BMA vehicles didn’t need to be registered and there was no need for a driving licence; anyone from the age of 14 was allowed to ride them.
This very basic but cheap form of transport became very popular because now also people with modest incomes could afford motorized vehicles.
This 1930 model has direct belt drive, sprung front forks and two brakes on the rear wheel.
The left hand side handlebar lever operates the bottom brake block, the right hand side lever controls the top brake block.
The machine weighs 29,9kg and the factory claimed a petrol consumption of one and a quart litres per 100km.
This B1 is an older restorations that comes with electric front lamp and bulb horn.