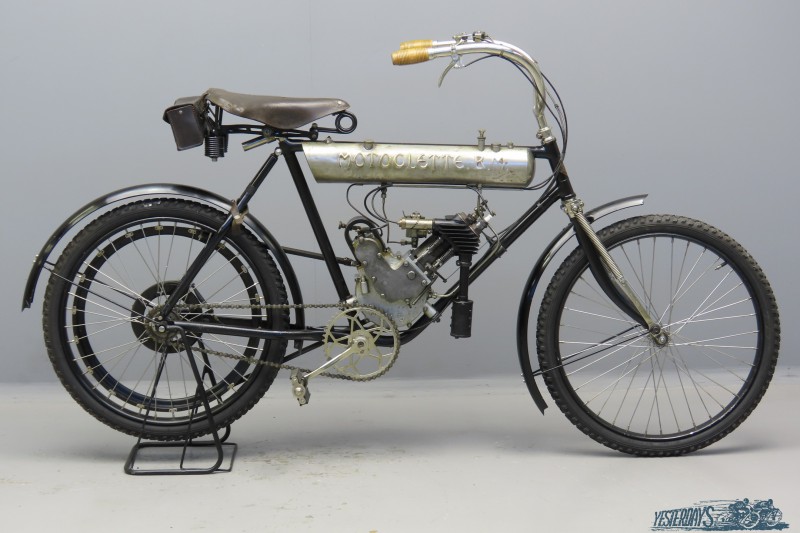 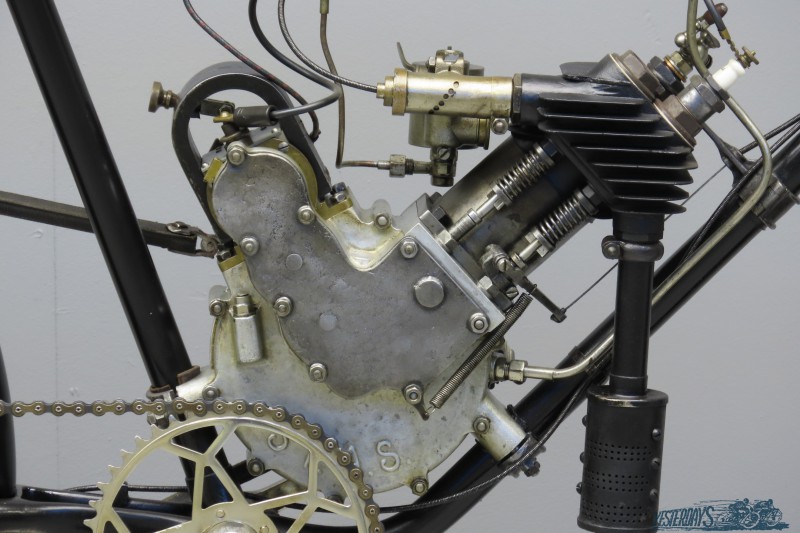 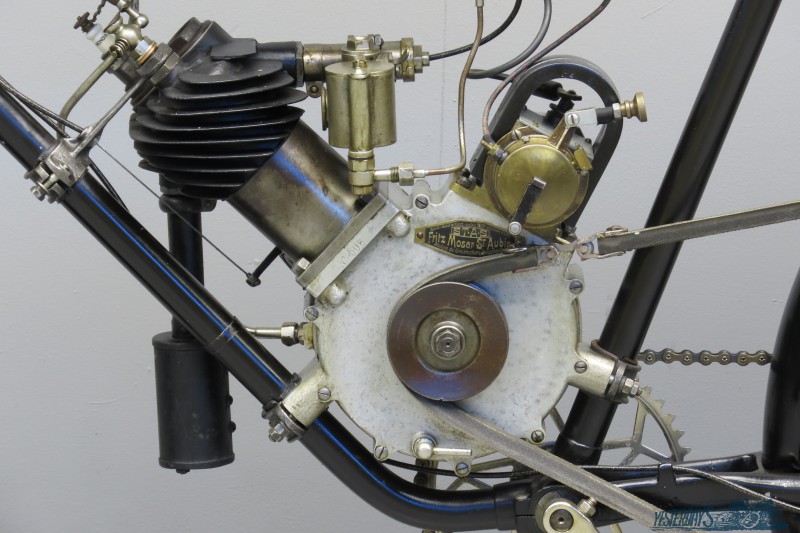 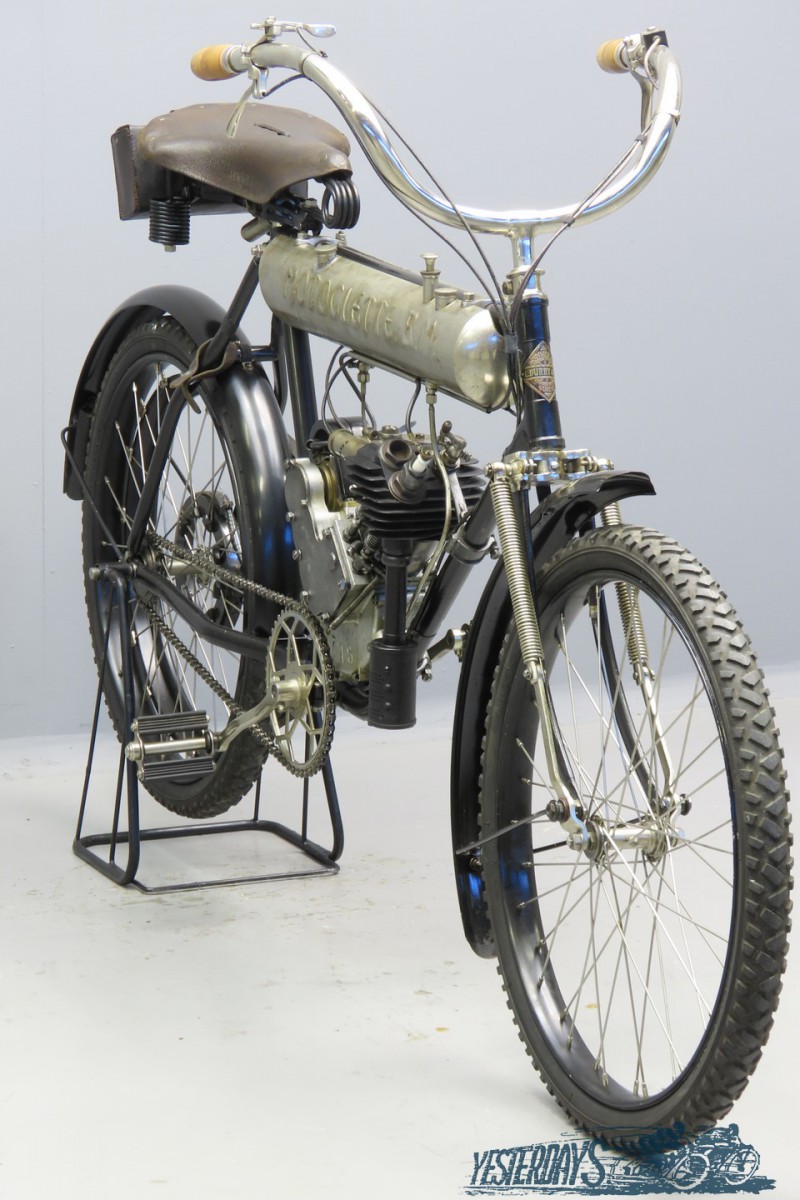 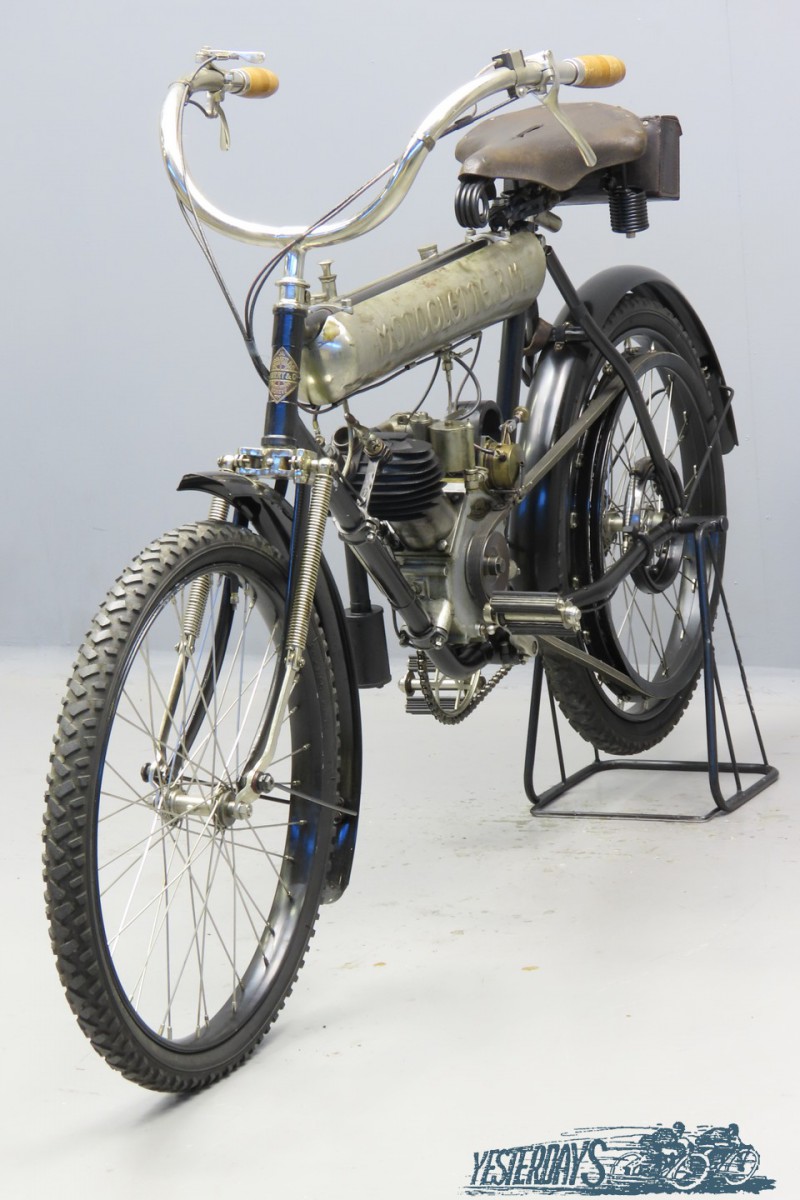 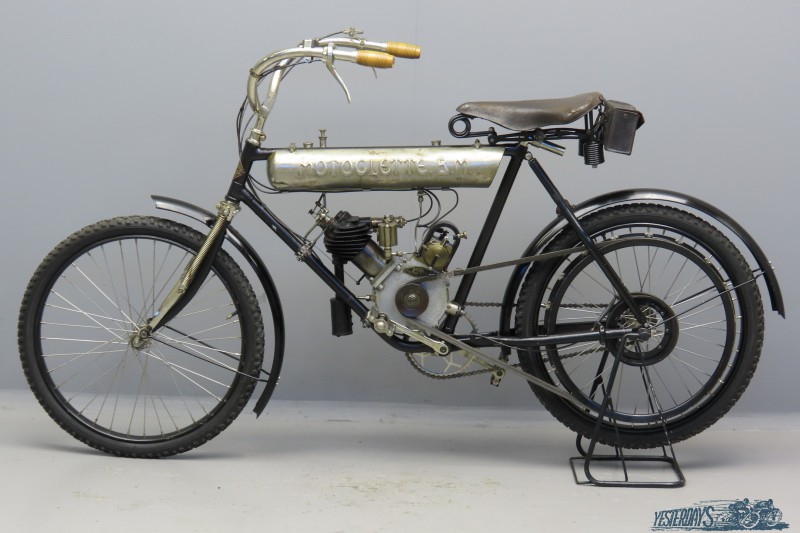 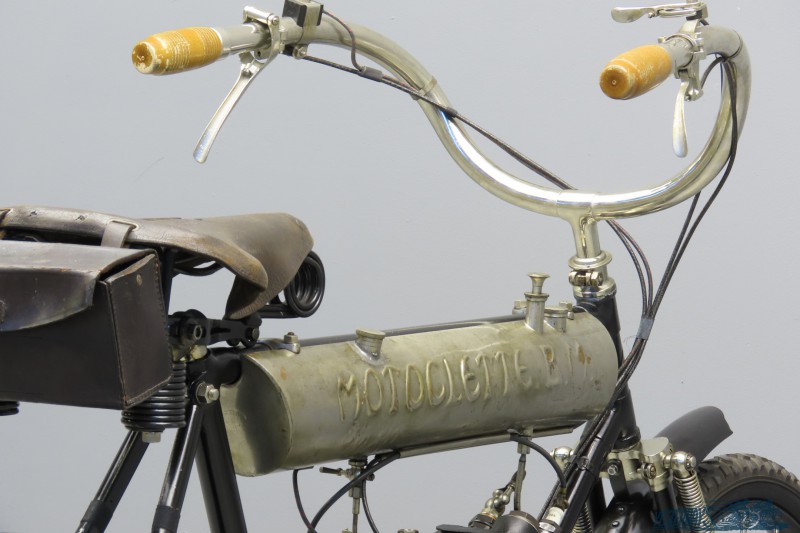 The firm of L. Burry and Cie. (later Fritz Haag & Cie.) in Geneva built motorcycles between 1904 and 1915.
The engines used were mainly of Zédel and Moser manufacture and were available in single and v-twin configurations.
The letters STAS on the crankcase of our Motoclette refer to St. Aubin Suisse, the place where Fritz Moser’s company was based.
Moser had started off as a clock maker and from 1899 he worked for some years in the Zédel engine factory, that was also established in St. Aubin, Switzerland.
Moser began his own company there and brought out his first motorcycle around 1905.
The rare survivor we present here is fitted with a 300cc (70x78mm bore x stroke) side valve Moser engine and has direct belt drive.
The magneto is of Bosch manufacture and the front suspension system carries the name “Max Badoni”.
This suspension system was also used by the Swiss Moto-Rêve company.
The headstock badge carries the name “L. Burry & Cie. Genève” and the name on the petrol tank is not sign written but embossed, an unusual but attractive way to show the make of your machine. As to the letters “BM” behind “Motoclette”, perhaps they stand for Bicyclette à Moteur? (a suggestion of zhumoristenouveau.ekablog.com)
The oil is carried in the front part of the petrol tank and there is a small hand oil pump provided.
The stopping power comes from a substantial contracting band brake on the rear wheel and the tyre size is 24 x 1.95.
The whole machine weighs some 40 kg and top speed could amount to 50 plus kilometers.
This rare survivor of early Swiss motorcycle technology has been restored with care and is a sweet runner.