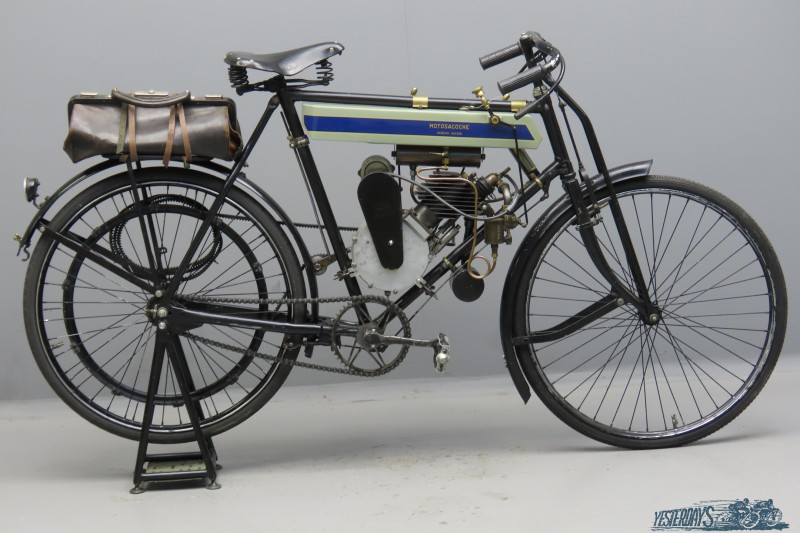 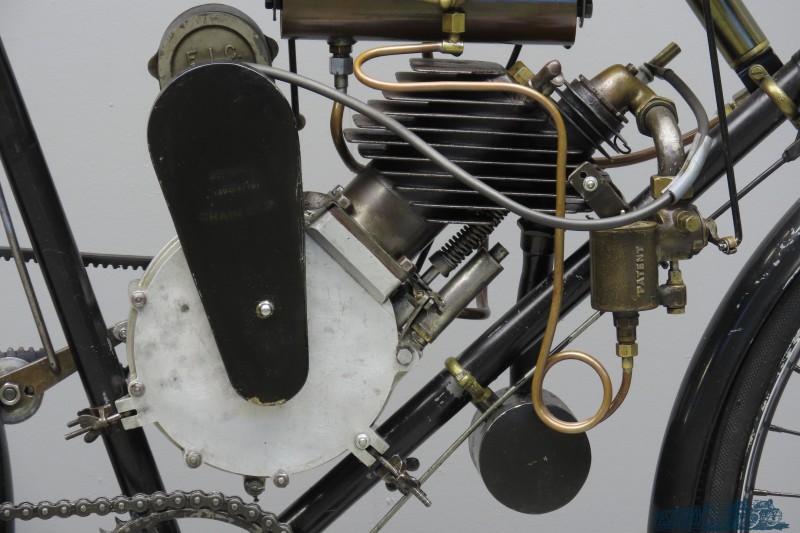 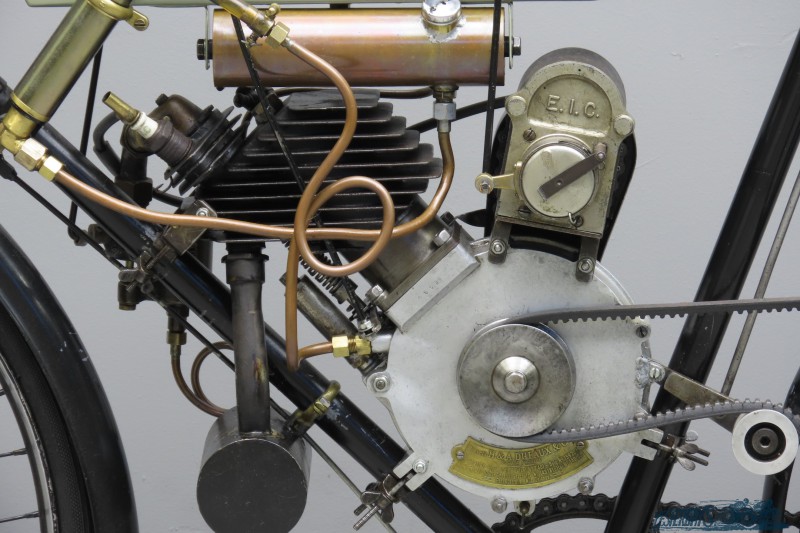 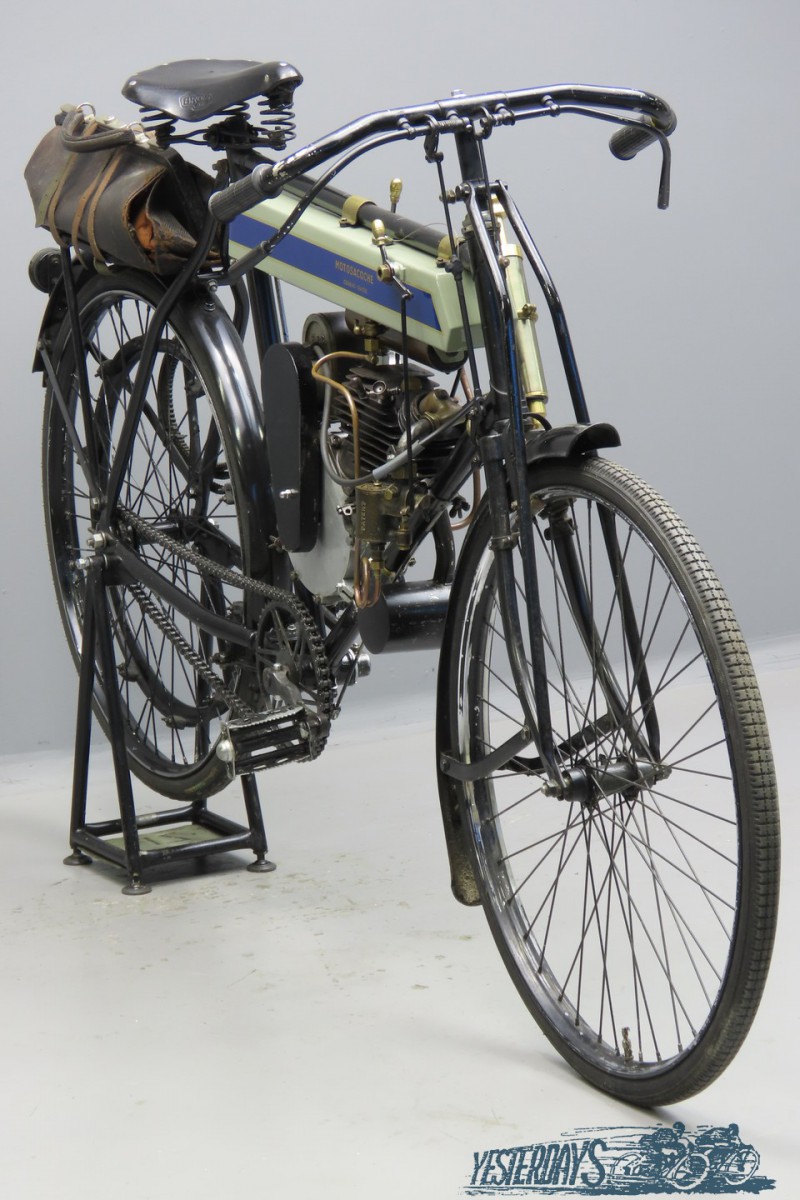 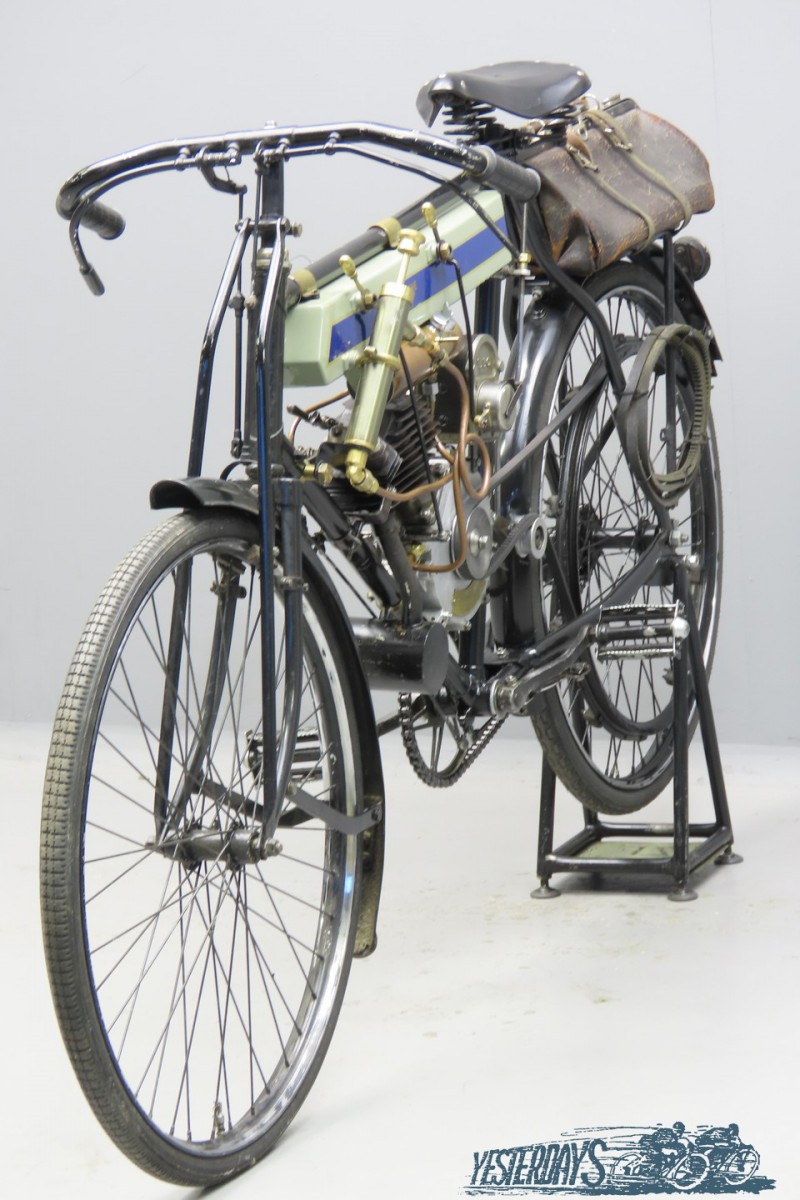 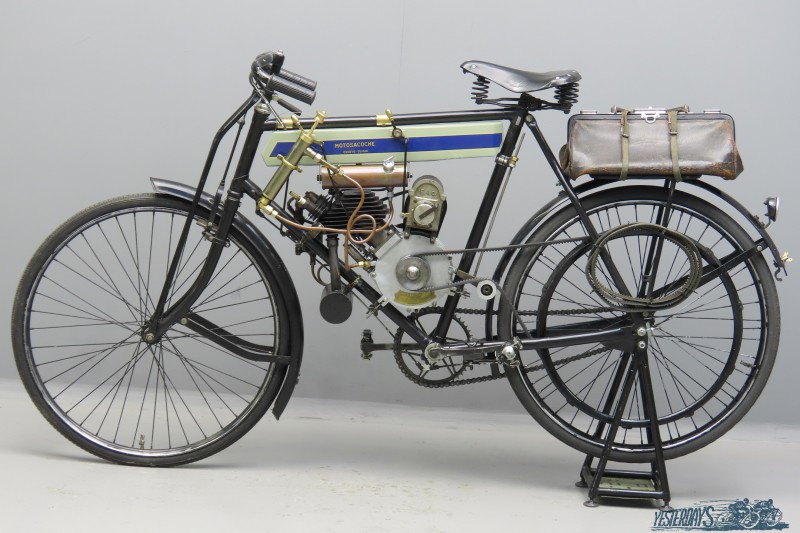 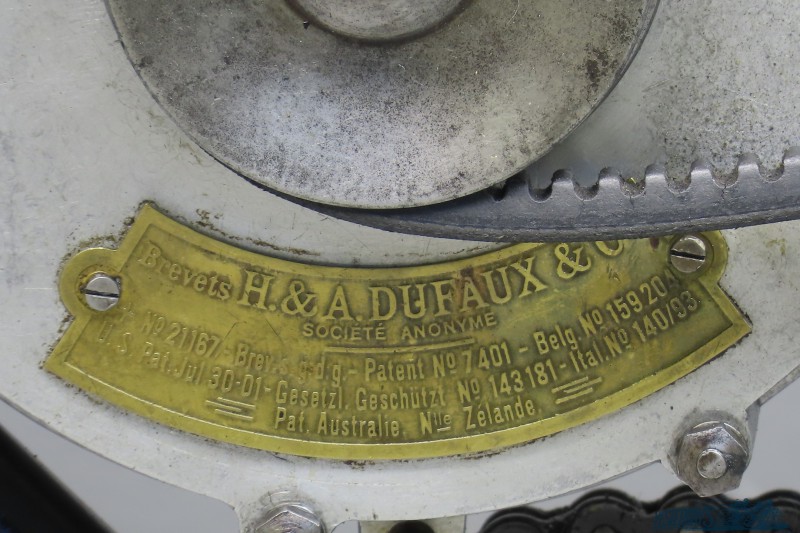 In 1899 the French brothers Henri and Armand Dufaux designed a little four-stroke engine.
They set up production facilities in Switzerland and arranged the engine and ancillaries in a small sub frame that fitted into the frame triangle of a bicycle. Very soon the quality and practical utility of the invention became known even far beyond the Swiss territory and thousands of these “engines in a bag” were sold.
A customer that didn’t possess a bicycle could also order a complete machine, which meant the factory also supplied a “Dufaux” bicycle.
The A1 engine was fitted with battery and coil ignition but quite a few units were later updated with a more reliable magneto ignition.
This machine is fitted with an EIC, neatly mounted directly behind the cylinder and chain driven from the crankshaft.
The mixture is delivered to the cylinder by a Claudel-Hobson carburettor.
This road-registered lightweight veteran has rim brakes to both wheels and comes with bulb horn, Brooks saddle and “doctor’s bag” strapped to its rear carrier.