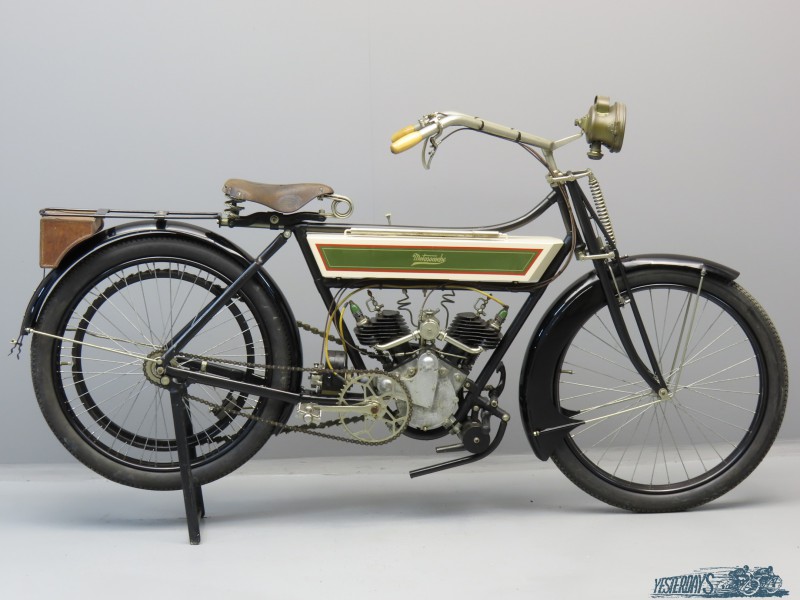 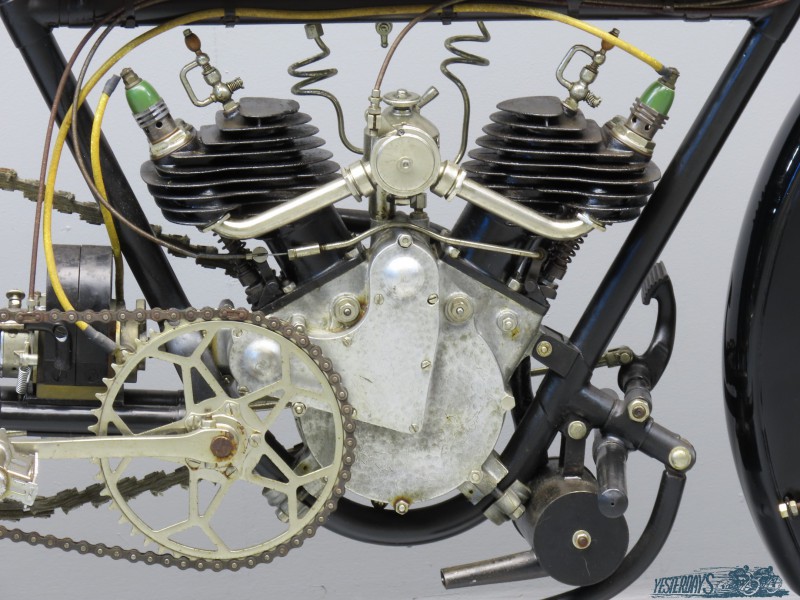 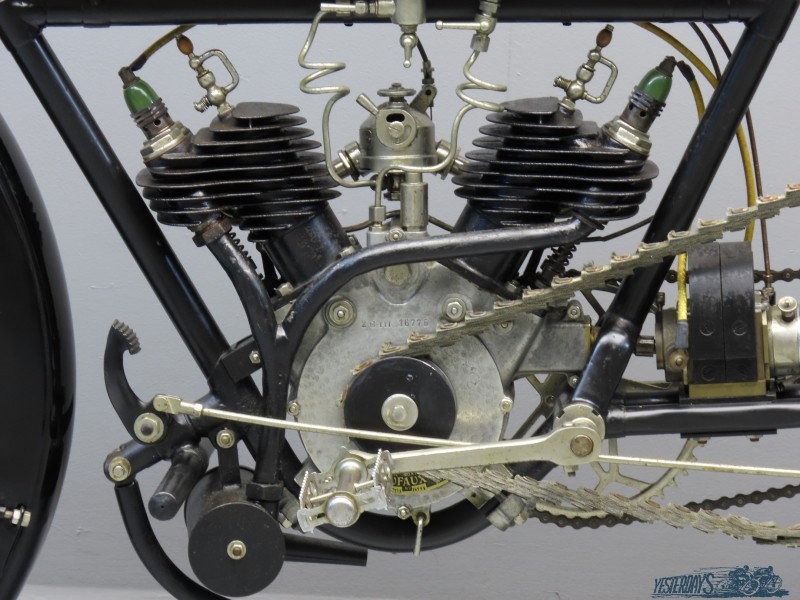 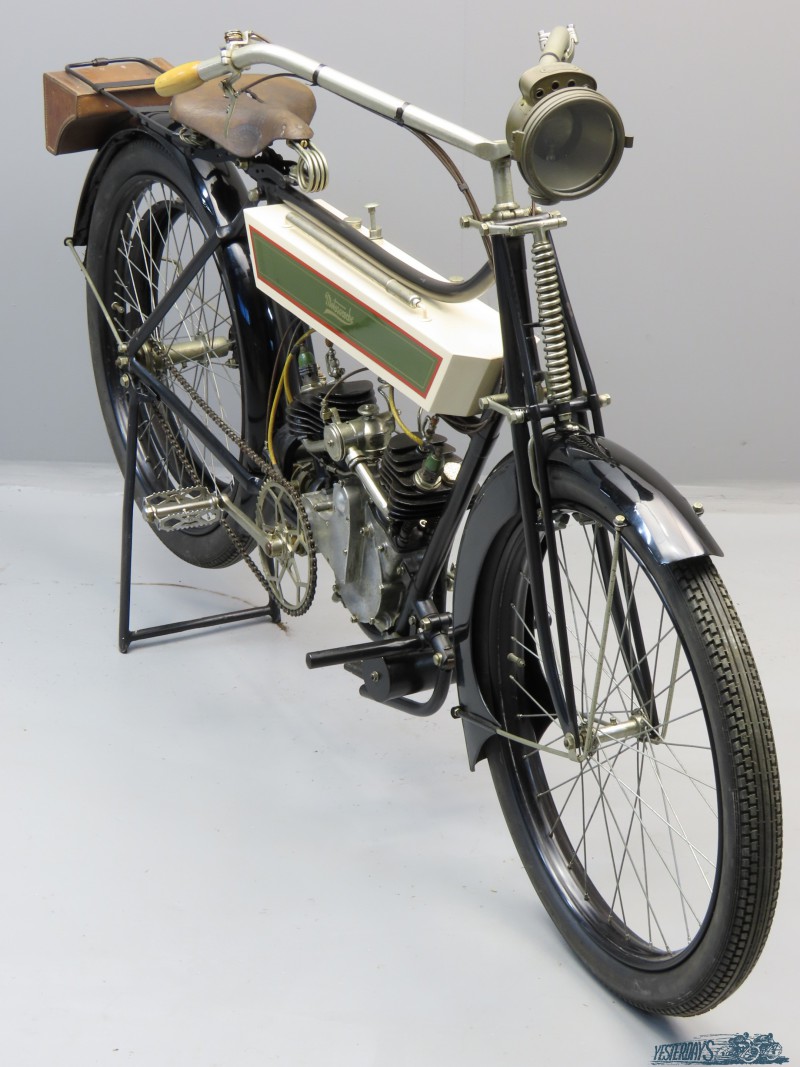 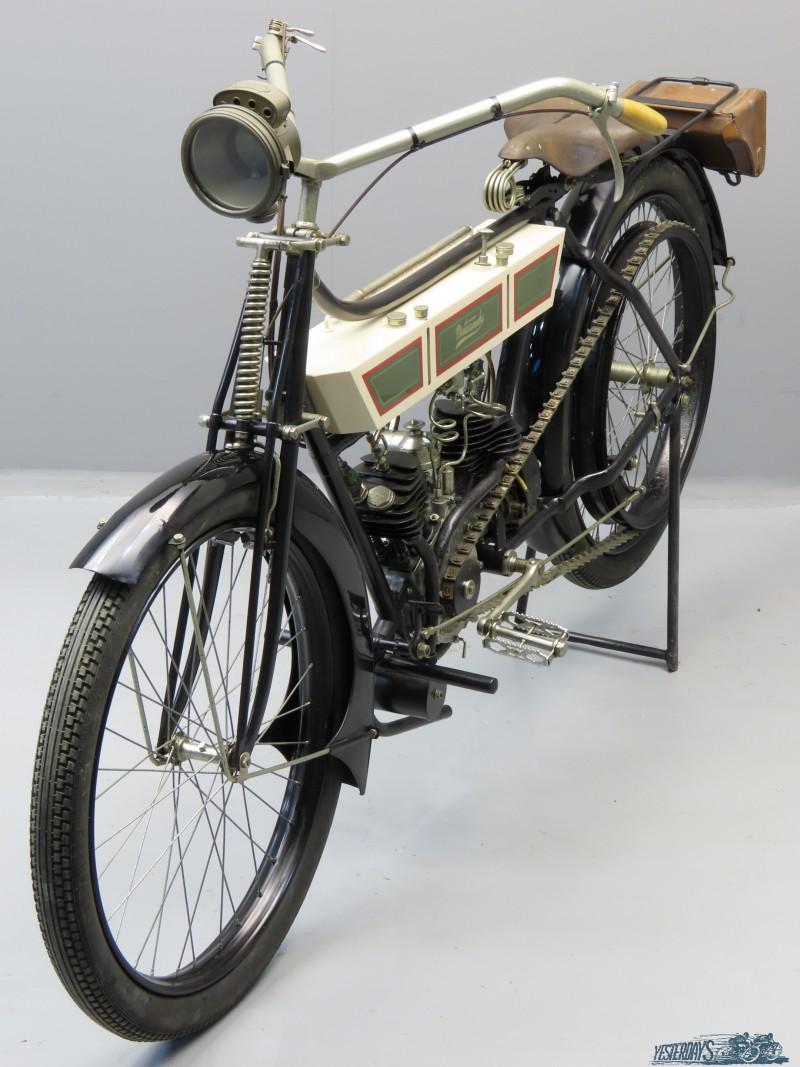 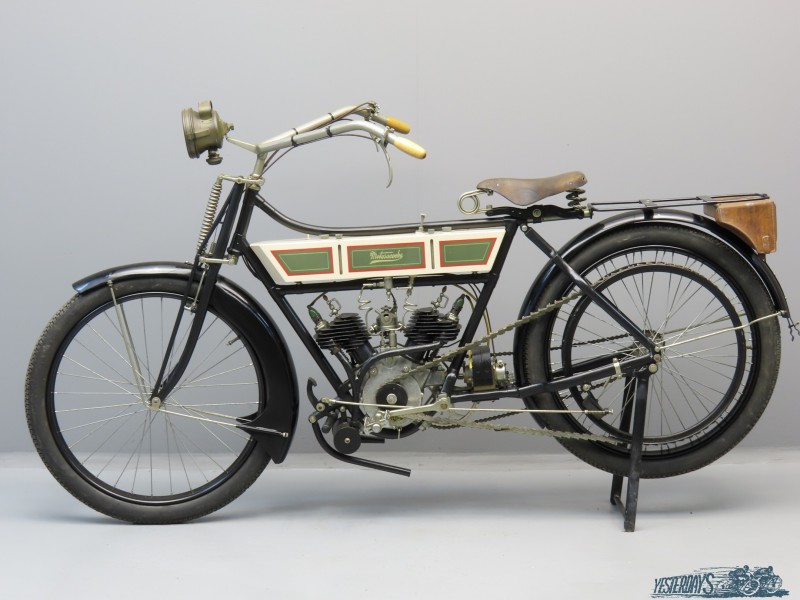 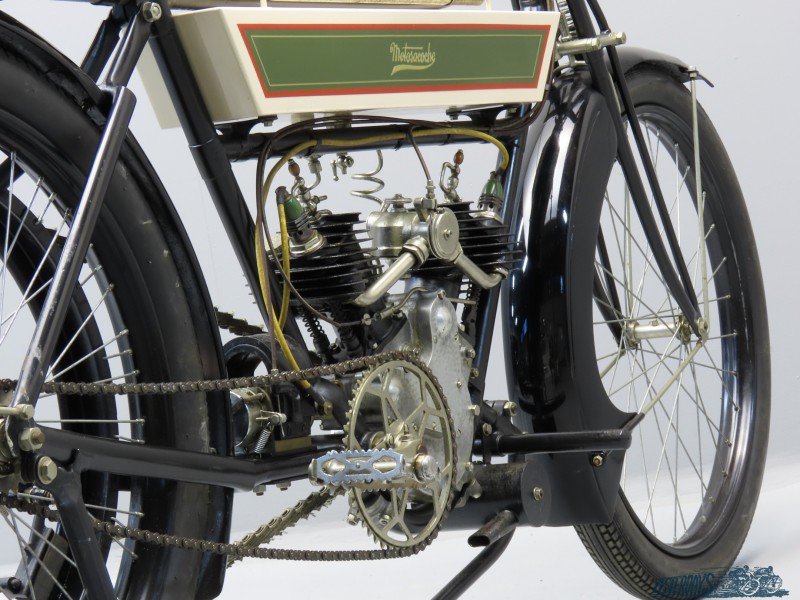 Motosacoche 1910 “2 C III” 3HP 344 cc side valve V-twin engine # 2 C III 16775
In 1899 the brothers Henri and Armand Dufaux from Geneva, Switzerland, designed a little four-stroke engine. This compact unit could be bolted into the frame of any ordinary pushbike: The “Motosacoche” -which approximately means “engine-bag”- was born! Very soon the quality and practical utility of the invention became known even far beyond the Swiss territory. Gradually the engines became bigger and more powerful, twin cylinders were produced and the initial idea of a motorized pedal-bike was given up. The factory built complete motorbikes under the “Motosacoche” label, but kept on selling M.A.G. (Motosacoche/Acacias/Genève) engines to many well-known manufacturers in France, England, Germany, Austria and Italy. In France and Italy there were even factories producing Motosacoche motorcycles under licence.
The 2 C III was presented for the 1910 model year and was the company’s first twin with the valves on the outside of the cylinders: the first V-twin, the 296cc 2CI that was brought out in 1907 and its successor the 2 CII had had the camshaft and valves between the cylinders and this had resulted in cooling problems for the exhaust valves. So for the new 1910 design it was decided to place the valves on the outside of the cylinders to provide better cooling. The camshaft kept its position between the cylinders and long rocker arms inside the crankcase provided the valve actuation.
The 2 C III is fitted with direct belt drive and has bore x stroke of 54 x 75 mm. The factory claimed that, when in good running condition, the little machine would climb hills of 10-15 % and could reach a top of 70 km. It would run 40 km on a litre of petrol and weighed only 50 kg. The machine we offer here is an older restoration that has been carried out with care. She has been part of a static collection for quite some time, so a check-up before use will be sensible. The machine comes with Brown saddle, BRC acetylene lamp and tank mounted tyre pump.