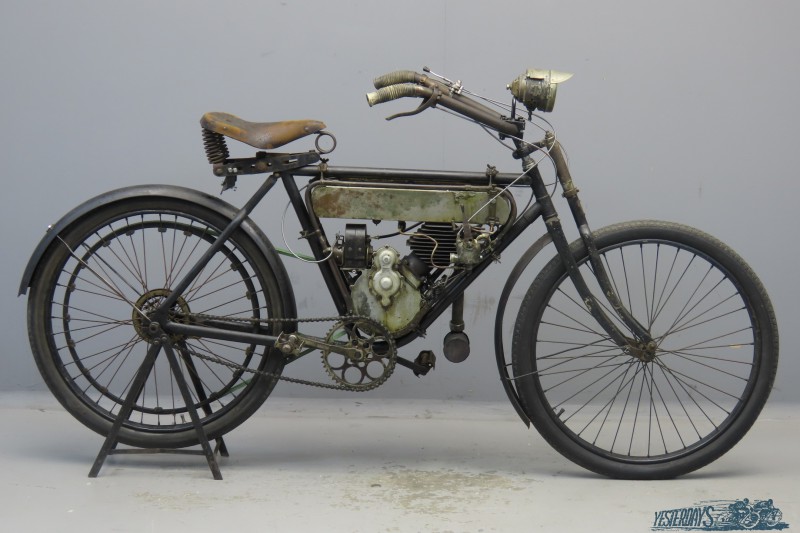 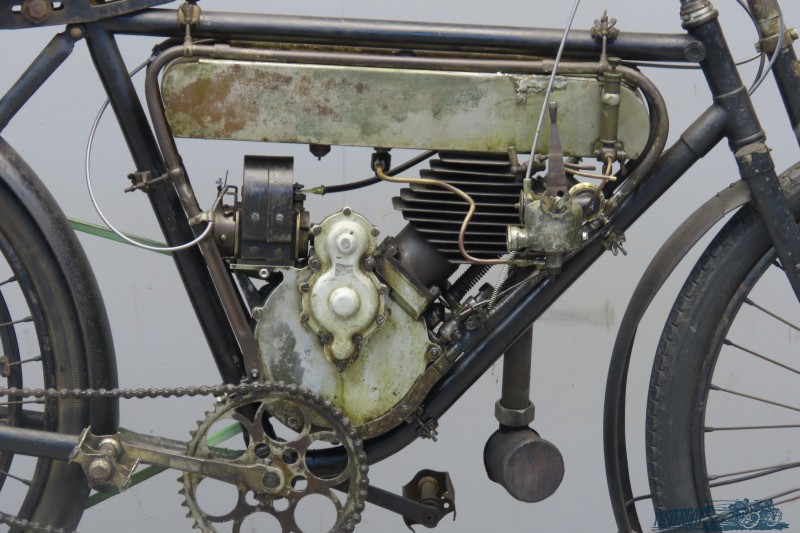 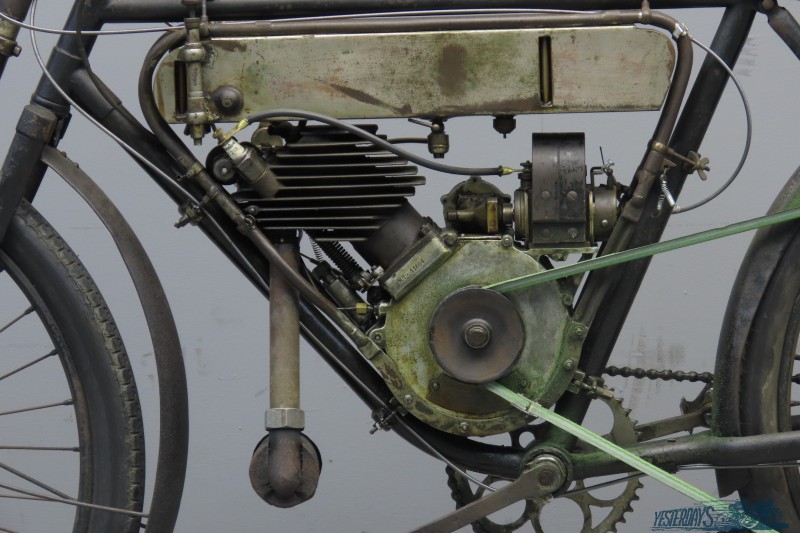 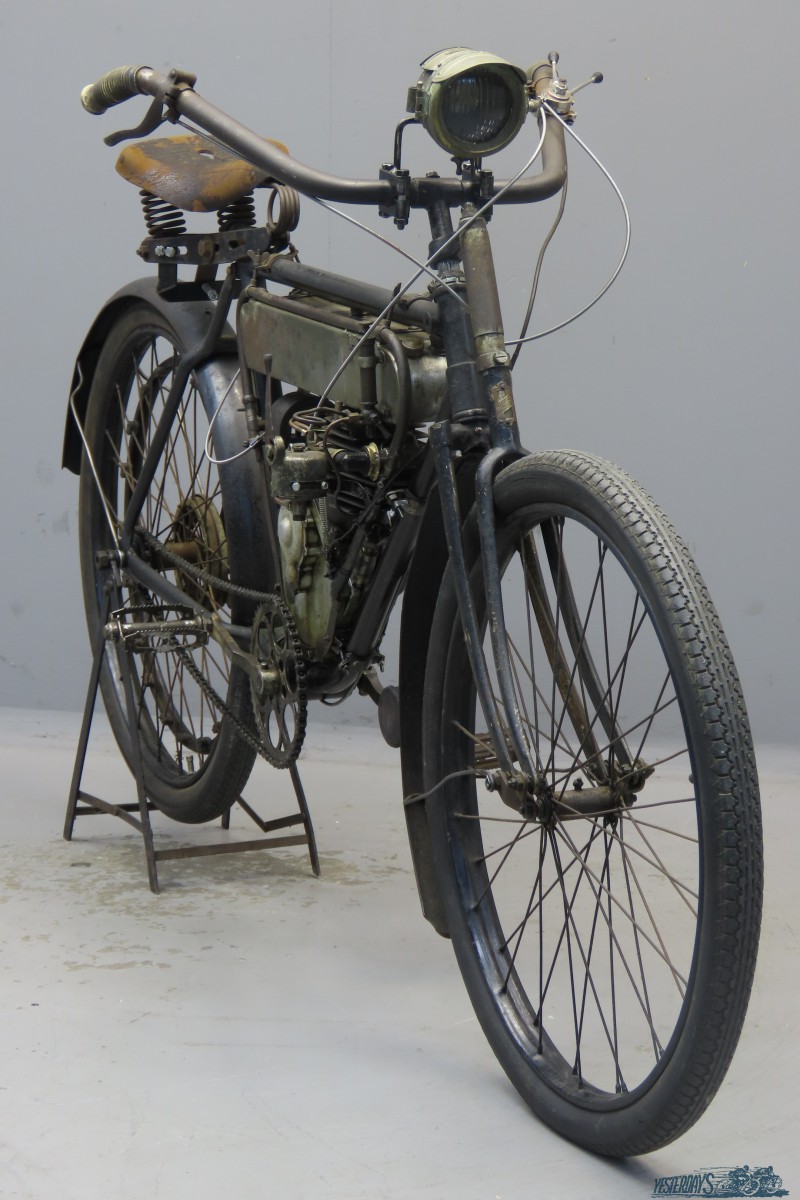 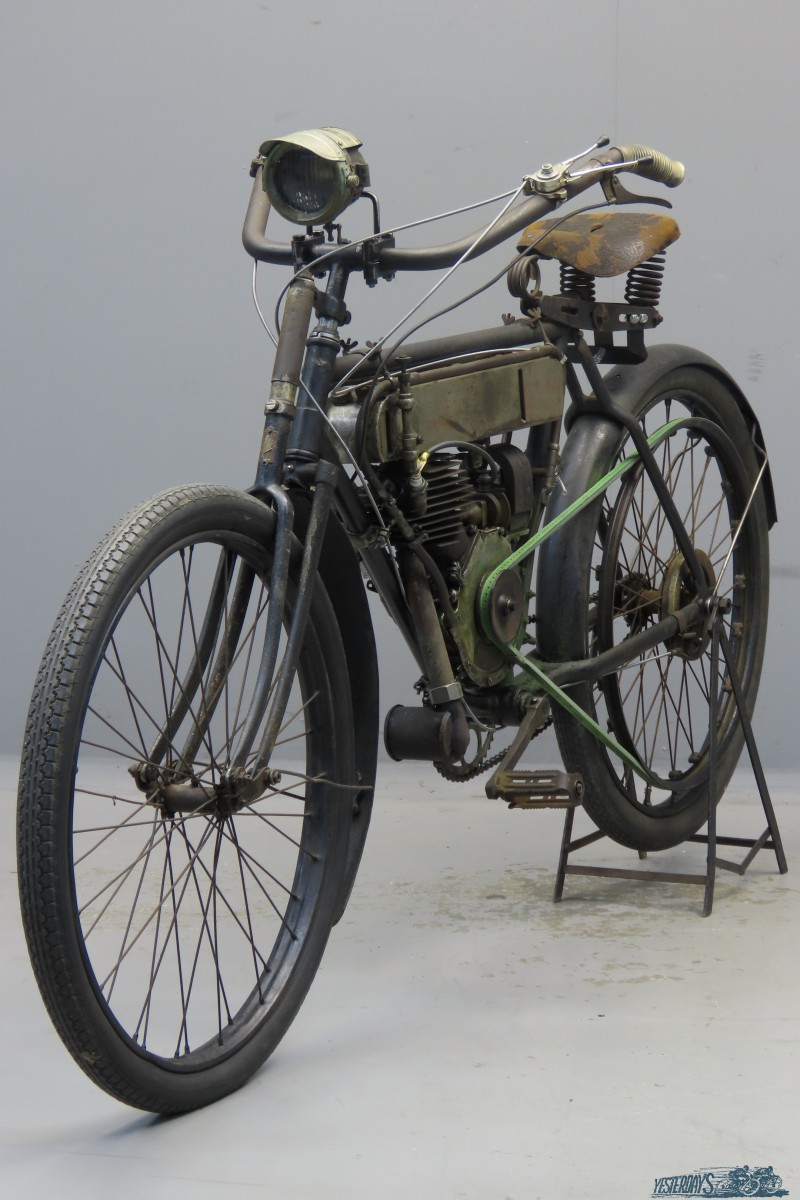 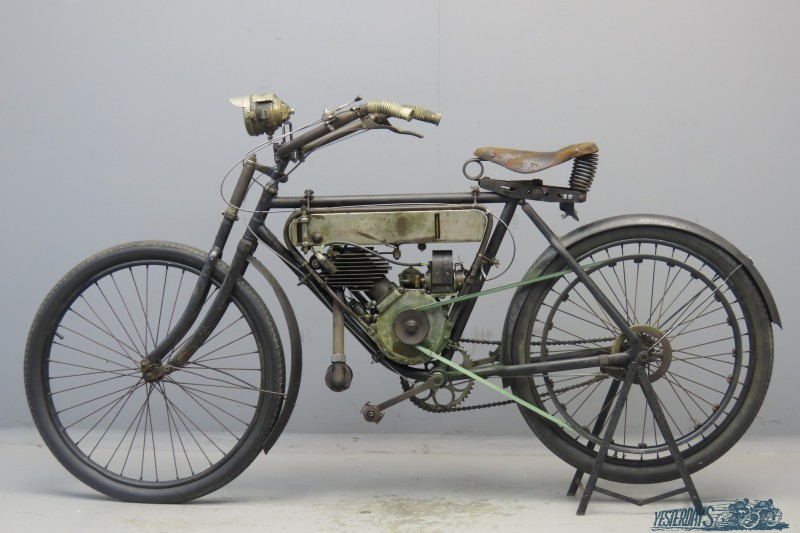 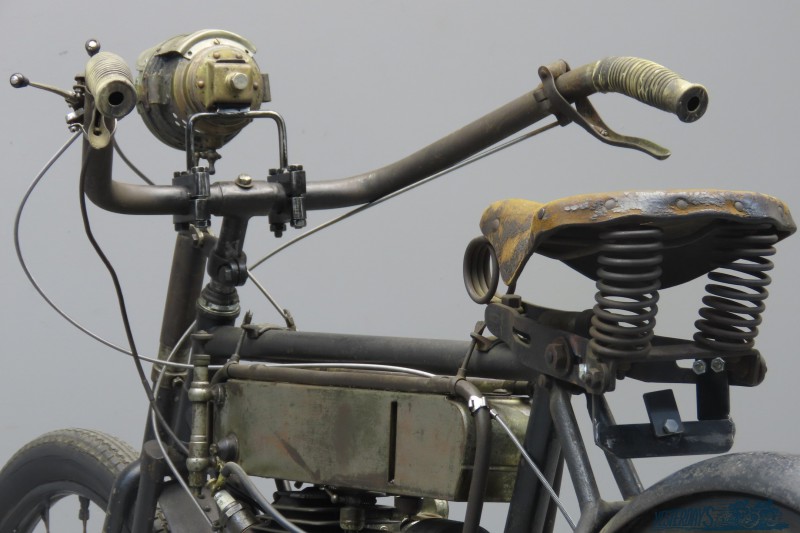 In 1899 the brothers Henri and Armand Dufaux from Geneva, Switzerland, designed a little four-stroke engine. This compact unit could be bolted into the frame of any ordinary pushbike: The “Motosacoche” -which approximately means “engine-bag”- was born! Very soon the quality and practical utility of the invention became known even far beyond the Swiss territory. Gradually the engines became bigger and more powerful, twin cylinders were produced and the initial idea of a motorized pedal-bike was given up. The factory built complete motorbikes under the “Motosacoche” label, but also kept on selling M.A.G. (Motosacoche/Acacias/Genève)-engines to many well known and less well known manufacturers in various countries. The first model was put on the market in 1901 and was designated “A 1”. It had battery and coil ignition and an automatic inlet valve and was marketed from 1901 to 1910. The A1 evolved into the M1 that was equipped with magneto ignition and was sold between 1908 and 1910. It was superseded by the MT. This model was marketed from 1910 up to and included 1913. The MT had bore x stroke dimensions of 62x75mm and was available as a loose engine set or could be had as a complete motorcycle with sprung front forks. The specimen we present was sold as a complete motorcycle and she is still in good, authentic condition and comes with acetylene front lamp.