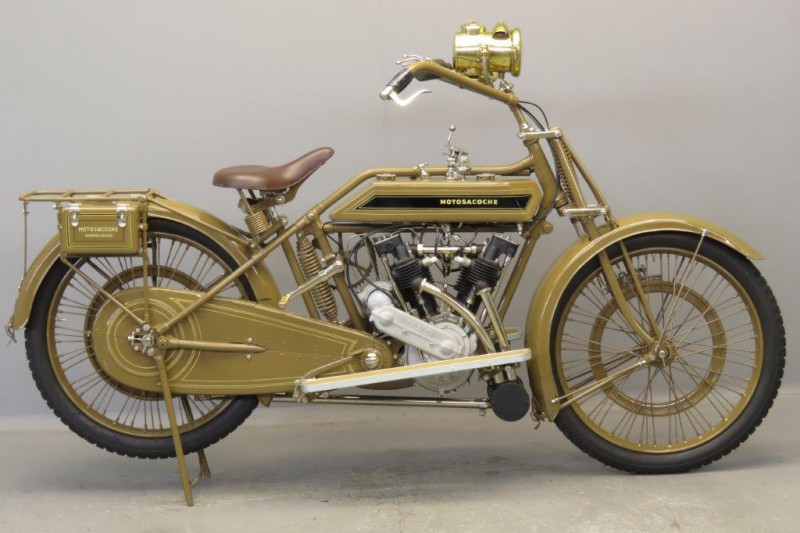 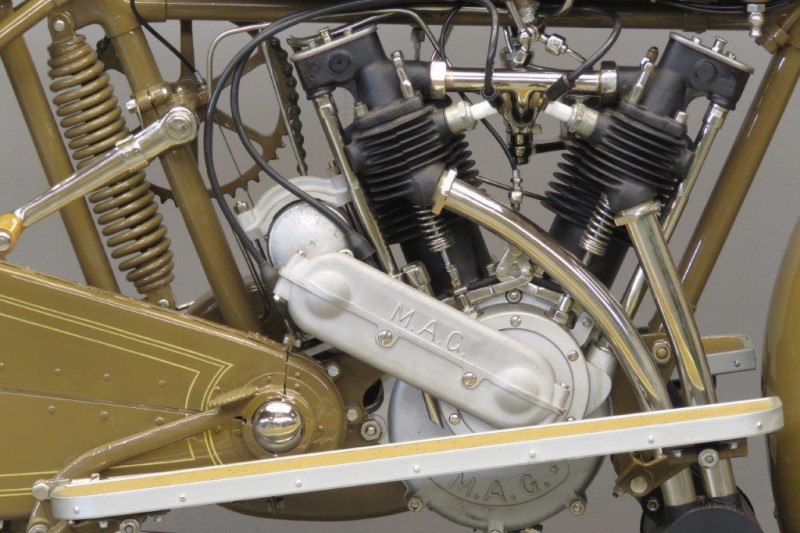 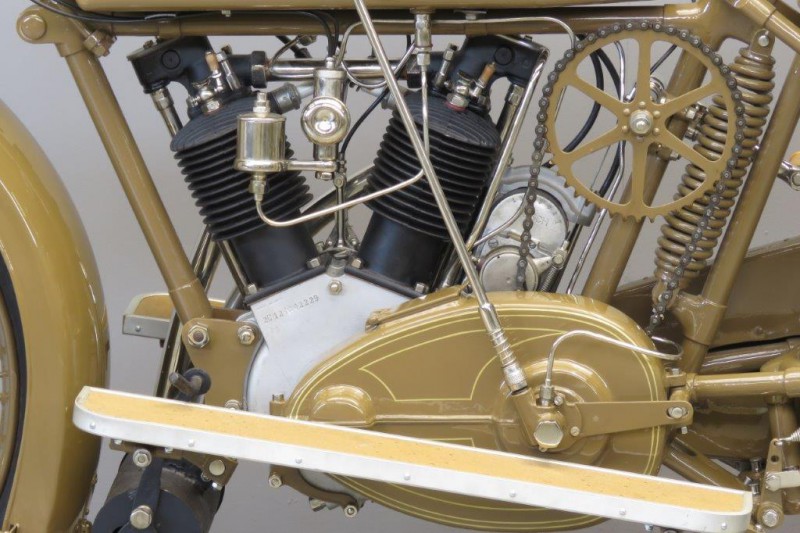 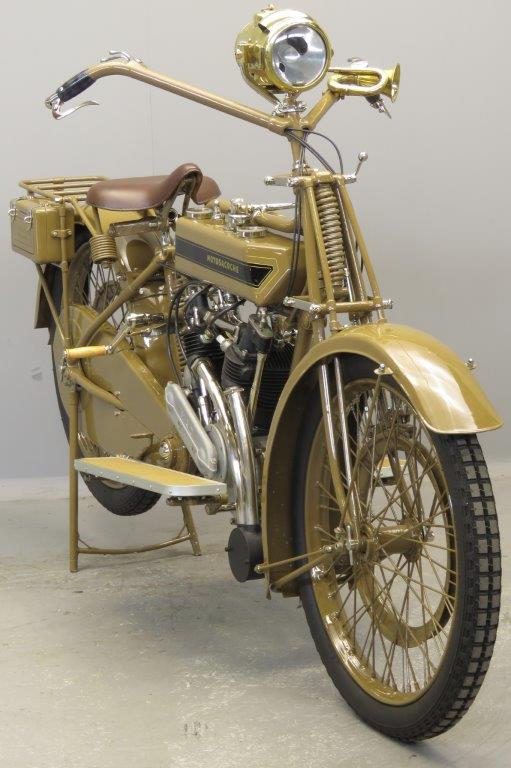 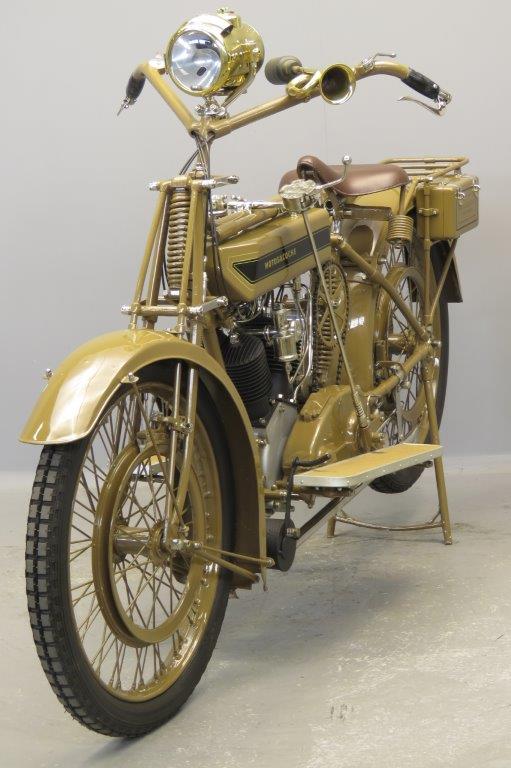 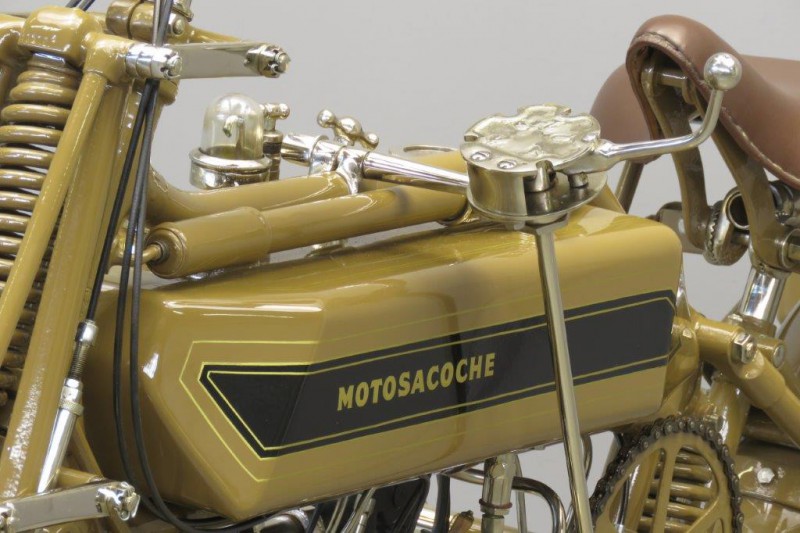 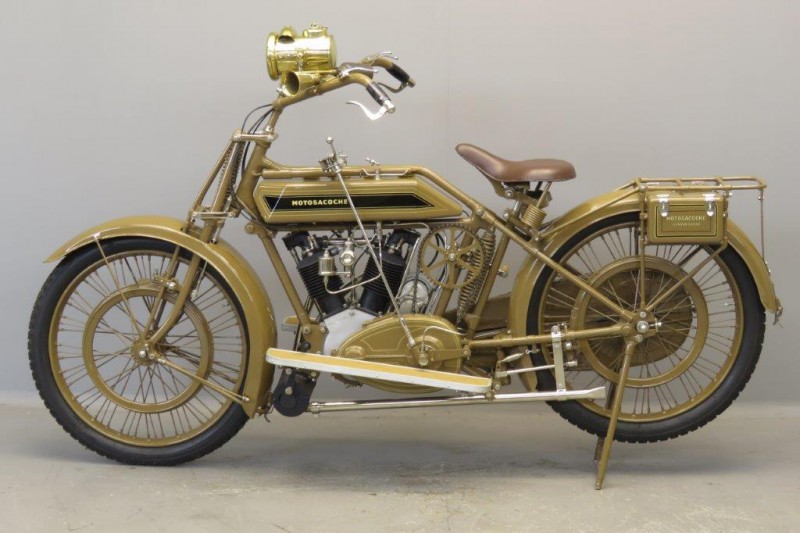 In 1899 the brothers Henri and Armand Dufaux from Geneva, Switzerland, designed a little four-stroke engine.
This compact unit could be bolted into the frame of any ordinary pushbike: The “Motosacoche” -which approximately means “engine-bag”- was born! Very soon the quality and practical utility of the invention became known even far beyond the Swiss territory.
Gradually the engines became bigger and more powerful, twin cylinders were produced and the initial idea of a motorized pedal-bike was given up.
The factory built complete motorbikes under the “Motosacoche” label, but kept on selling M.A.G. (Motosacoche/ Acacias/ Genève)-engines to many well known manufacturers in France, England, Germany, Austria, Holland  and Italy.
In France and Italy there were even factories producing Motosacoche motorcycles under licence.
In the early twenties the Motosacoche range was equipped with  engines in capacities of  500, 600 and 1000 cc.  The 592 cc 2C12 engine has bore and stroke dimensions of  64×92 mm   and delivers its power at a leisure 2400 rpm.
Note the luxurious specifications of this  splendid touring motorcycle: hand crank starting, sprung seat pillar, large footboards, three speed gearbox with tank top control and  fully enclosed rear chain.
Petrol consumption is  about 3 ½ litres per 100 kilometres,  top speed is 90 km/hour and the motorcycle weighs about 100 kg.
This machine  has been restored to concourse condition and has  since done zero miles.
The notable acetylene front lamp is a “Frankonia 741” that features a build-in  generator.