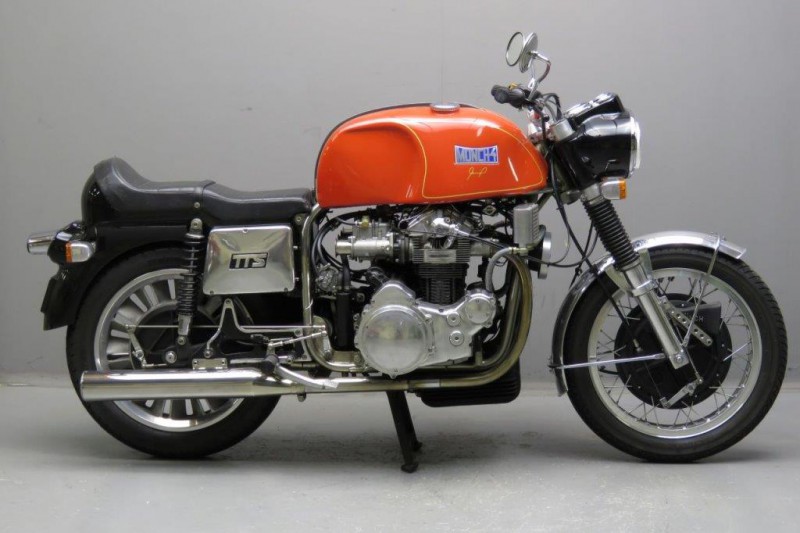 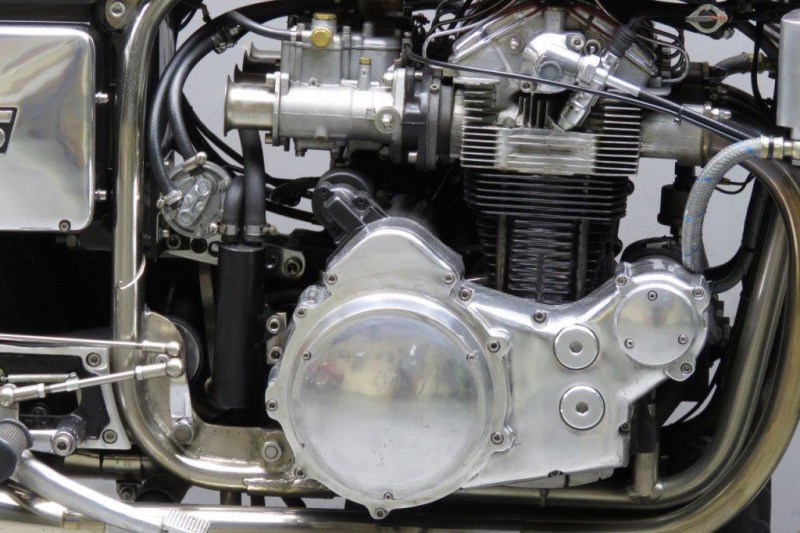 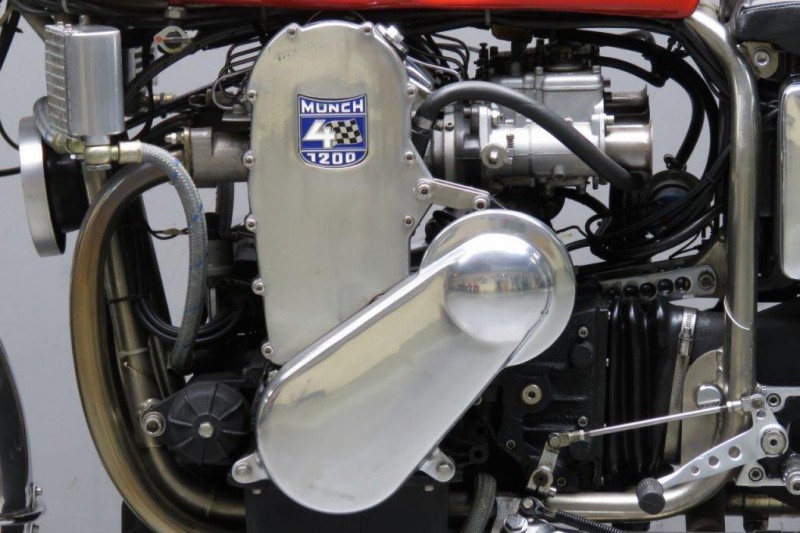 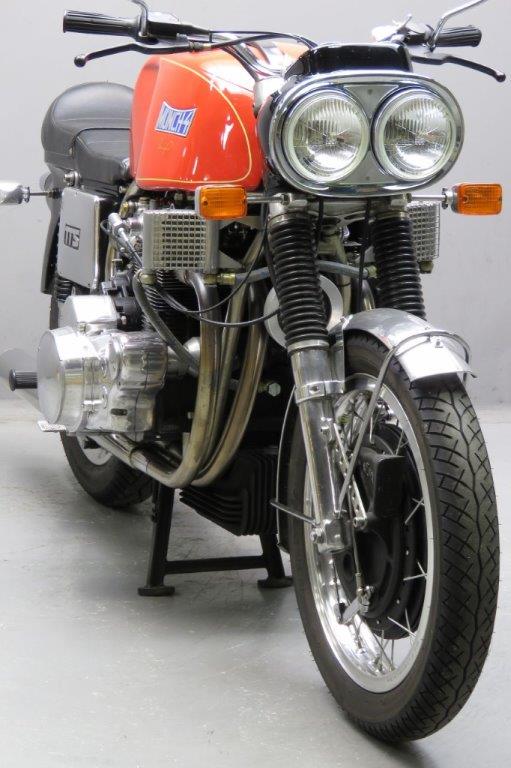 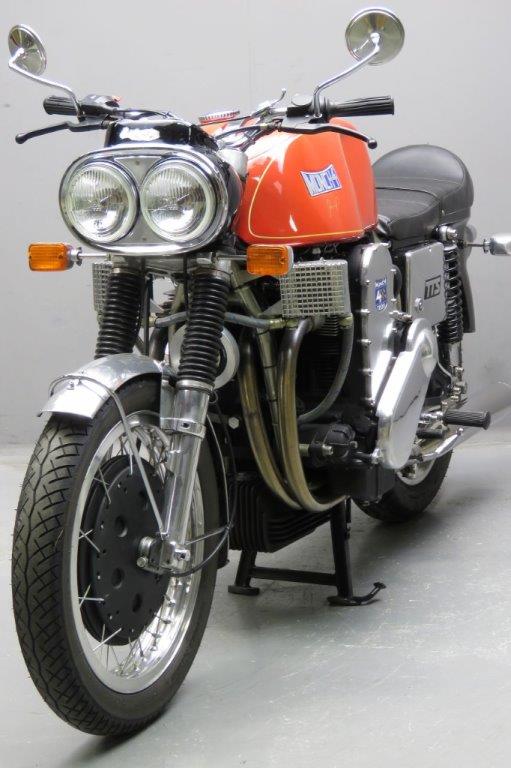 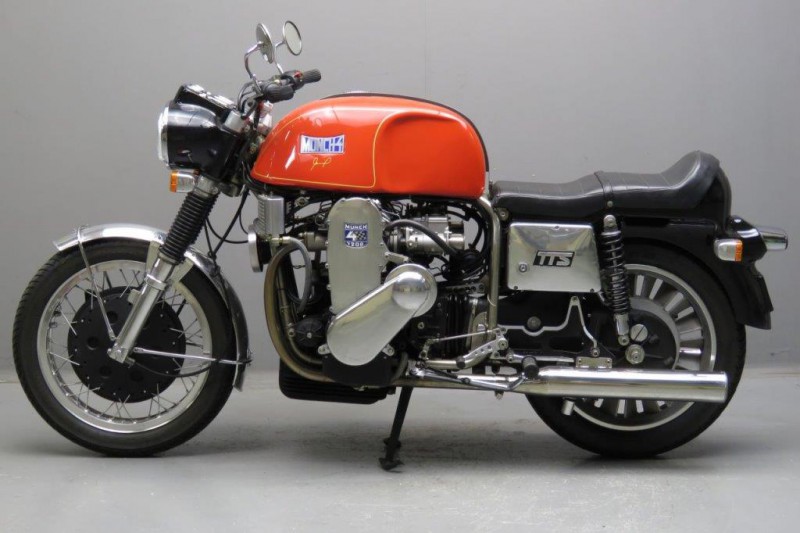 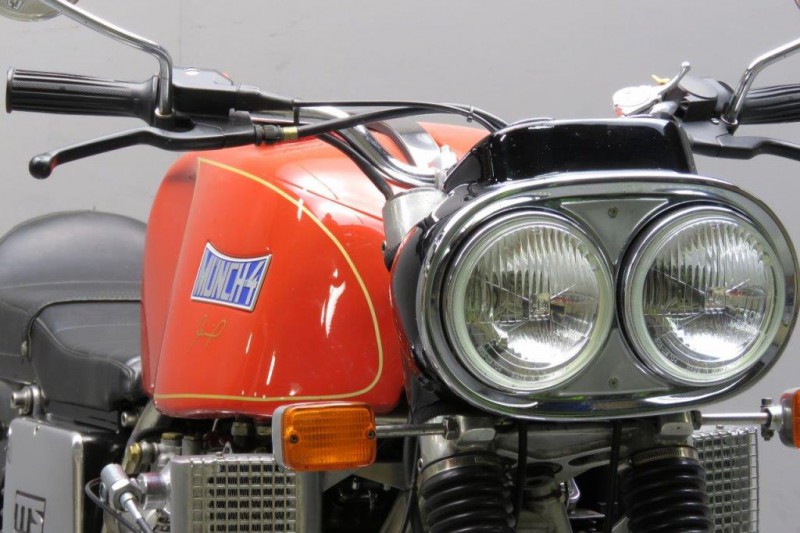 The Münch “Mammoth” was first shown to the motoring public at the international two-wheel show in Cologne in the fall of 1966 and was ( with distance ) the most expensive bike on the show.
The Münch “Mammoth” combines an air-cooled high-performance inline four-cylinder engine and a modern, double-loop tubular frame a la Norton, with superb brakes and many other interesting features.
The rear chain case acts as the left side of the swingarm and permits the chain to be completely enclosed and to run in an oil bath.
It also incorporated a chain tensioner, which allows drive chain slack to be adjusted within seconds, without touching the axle and disturbing the alignment.
The rear wheel is an alloy casting, with an integrated duplex drum brake, fitted after initial tests had shown that no spoke wheel would take the brute power of the engine.
A bolt-on casting incorporated the rear fender and provided the seat mounting as well as the housing for all electrical components.
By the end of 1967, NSU was supplying 1200cc engines; they were very suitable for further tuning, so Friedel  Münch brought them up to 85 horsepower.
The machines now accelerated like a Formula 1 car; 100 mph could be reached in less than 11 seconds.
They were completely vibration free, and there was no motorcycle which could keep up with them—the solid NSU engine did not get tired, and the chassis is able to handle the power.
The only drawback was the rear tire; if the rider used the machine’s potential, it was gone after 1000 miles…..
This 1200 TTS Münch is in beautiful condition mechanically as well as cosmetically.
This Münch captured right from the start a place among the most iconic and most sought after motorcycles and certainly belongs to the catagory super bikes of the past.
This motorcycle should go to the one which already has everything.