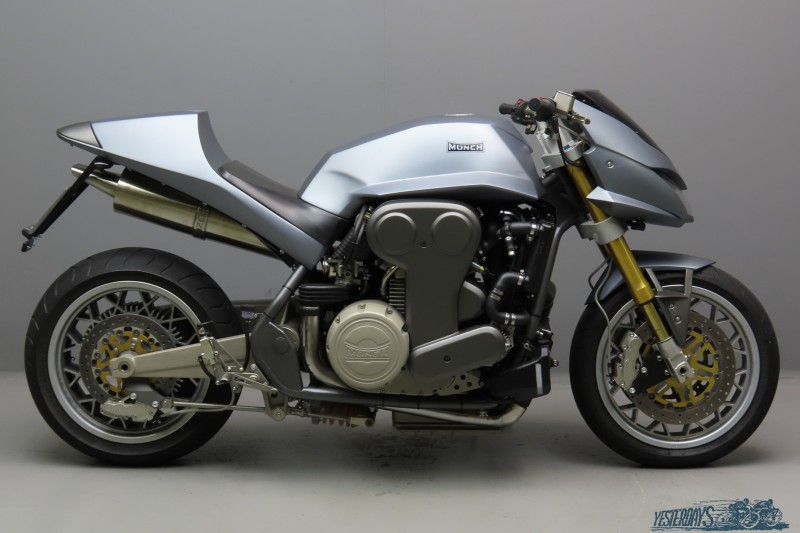 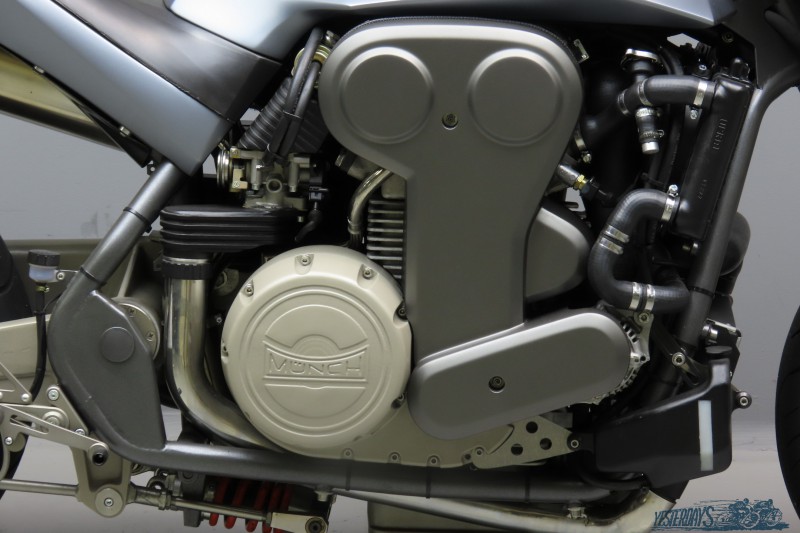 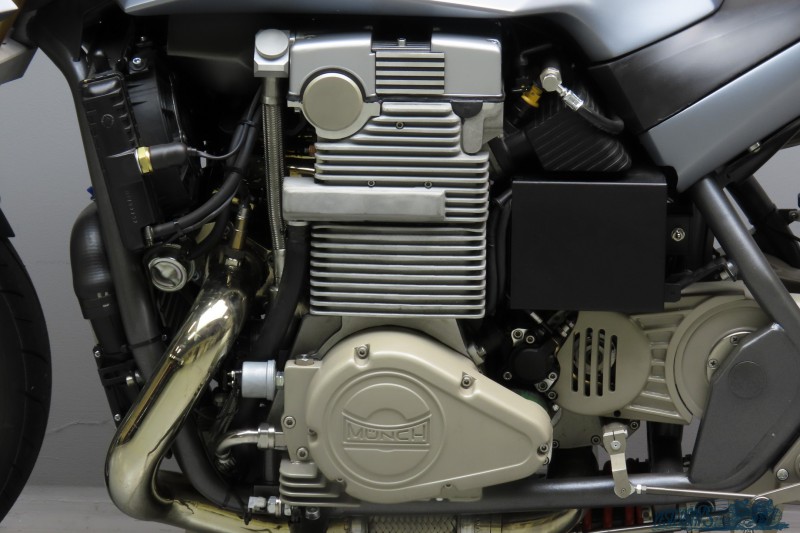 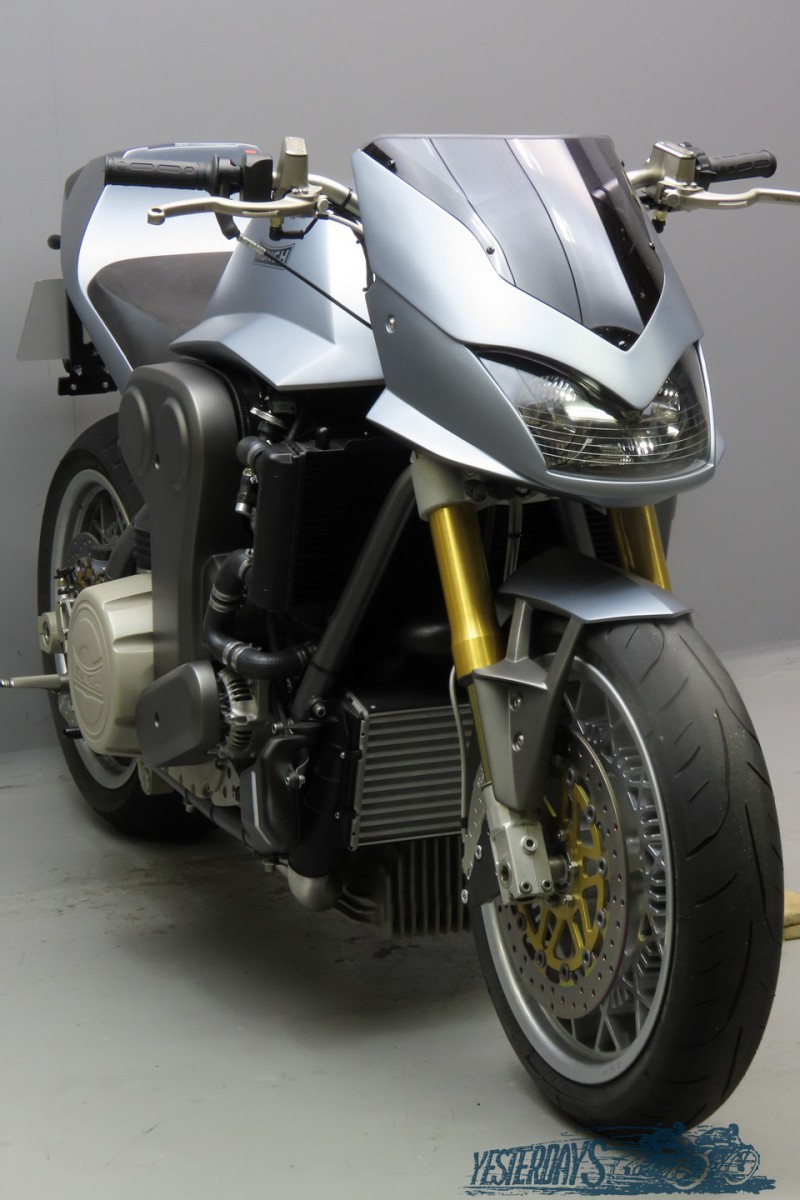 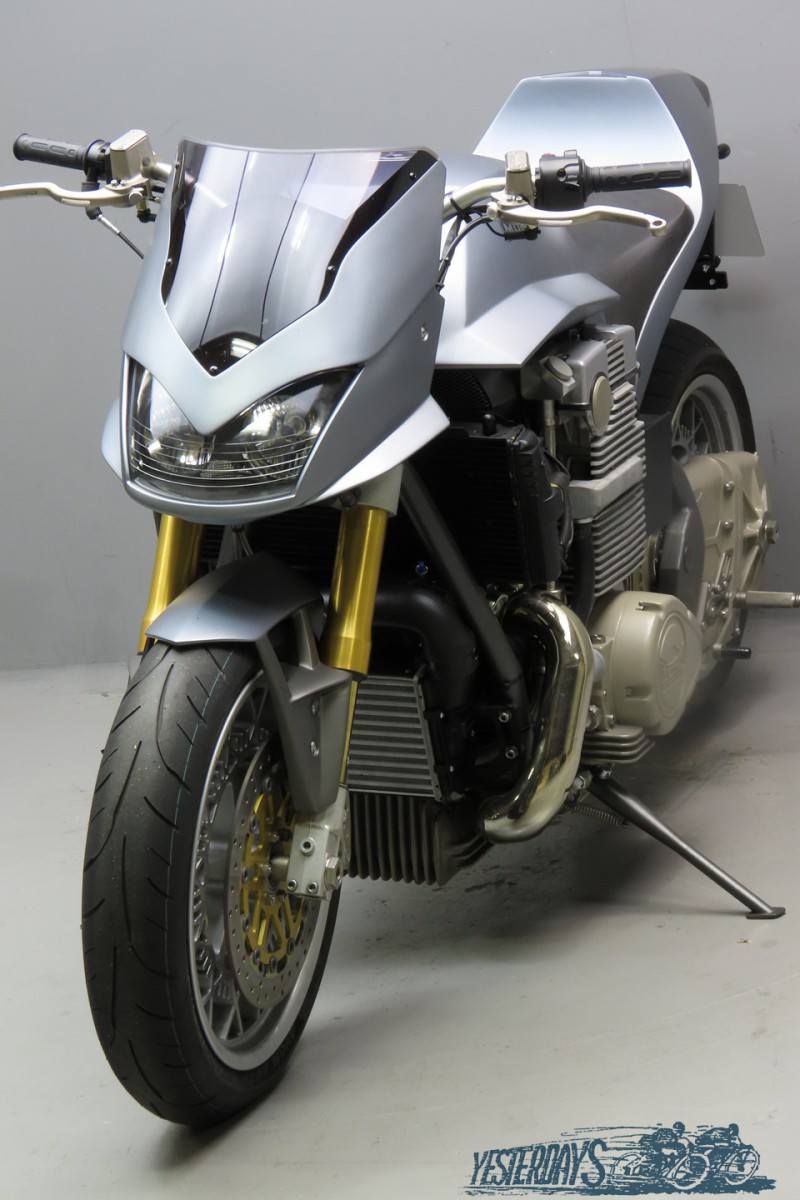 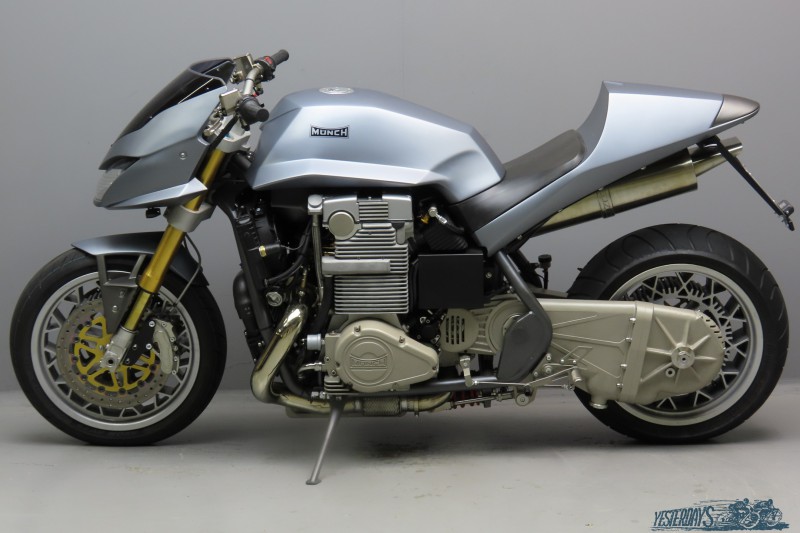 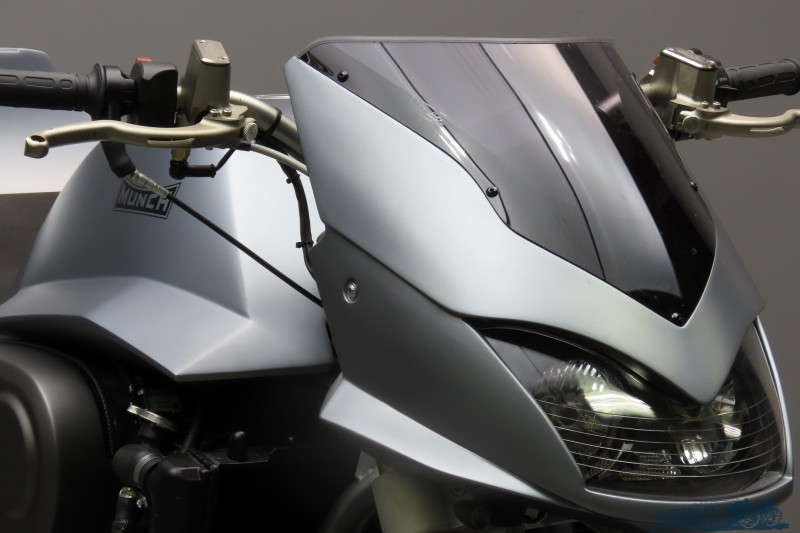 Thomas Petsch, an entrepreneur from Würzburg blessed with the experience and financial strength of a successful CEO, was a dedicated motorcyclist and an avid Münch fan.
When in 1997 he met his great idol Friedel Münch in person, the two technicians made a well thought out plan: they wanted to build a new Münch Mammoth.
It materialized as a two litre, four-cylinder turbo machine with 260 hp @ 5650 rpm, a torque of some 380 Nm@ 3500 rpm and a top speed of more than 250 km/h.
The newly formed Münch Motorrad Technik GmbH was to build 250 units of this most powerful series motorcycle in the world for wealthy aficionados.
The sales folder makes fascinating reading, a few quotes:“The Münch Mammut 2000 will be produced in a limited edition of 250 motorcycles.
Each bike will be checked by Friedel Münch in person before being delivered and will be signed by hand on request.
Theprice also covers delivery to anywhere in the world and individual driving instruction.
Anyone interested can reserve a motorcycle from 6 April 2000 on the Internet (www.muench-mammut-2000.com).
Particular series numbers may be requested and Münch Motorrad Technik GmbH will make every effort to observe these.
When the sales confirmation has been issued, the buyer will be informed of the due date for delivery and, before assembly begins, will receive a personal access code to a webcam, through which he can watch the production of his Münch Mammut 2000 live via the Internet.
The Münch Mammut 2000 is also breaking new ground in service.
Should questions on the Münch Mammut 2000 crop up, Münch owners can call a 24-hour hotline. Each motorcycle is fitted with a special diagnosis plug.
The rider establishes a connection between his motorcycle and the service computer at the works to initiate a fast diagnosis of the motor management.
All relevant parameters can be set for motor management via the service computer in the works, no matter where in the world the bike is at that time.
If spare parts are necessary, the service technicians immediately launch the Münch Service-Mobil.”
Due to considerable problems in the design and manufacture of the components, the originally planned delivery for the year 2000 was delayed to 2001.
After eight machines were delivered, the project was stopped in the middle of 2002.
Only 15 Münch Mammut 2000 were built at Sachs Vehicle and Engine Technology GmbH in Nuremberg.
Cost-covering production was not possible: manufacturing costs exceeded the retail price of 86,000 Euro.
The remaining stock was sold and subsequently a number of machines have been assembled, of which this in #00023.
Top Gear tested the giant, see
https://topgear-autoguide.com/category/traffic/munch-mammut-2000-in-the-driving-report1618470119
From the concluding lines: “The ride on the cannonball, it was often tried, but no other motorcycle should describe it as aptly as the Münch Mammut 2000.
With this knowledge we roll back to its cave.
Enough adrenaline for a day.
Tame, good-natured again, without boost pressure.
Everything went well at the Mammut Rodeo.
Here and there I think I see something like respect in the looks of passers-by.
Some seem aware that the last great land mammals live on among them.”