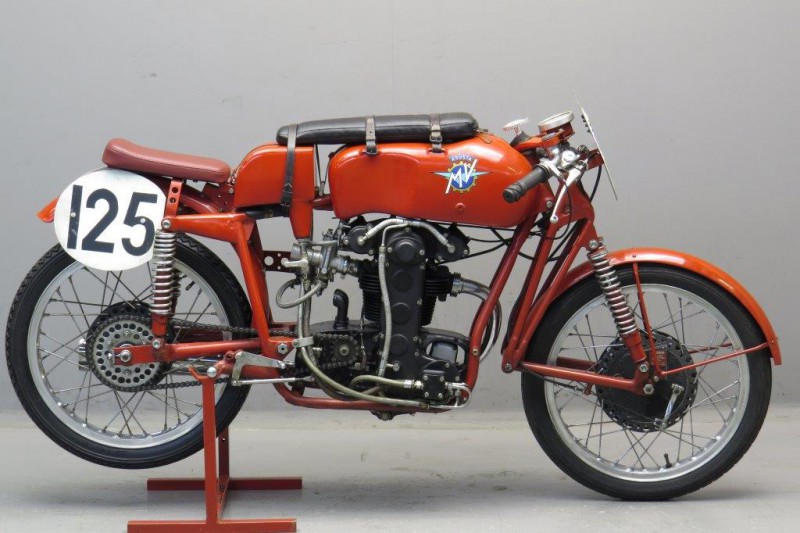 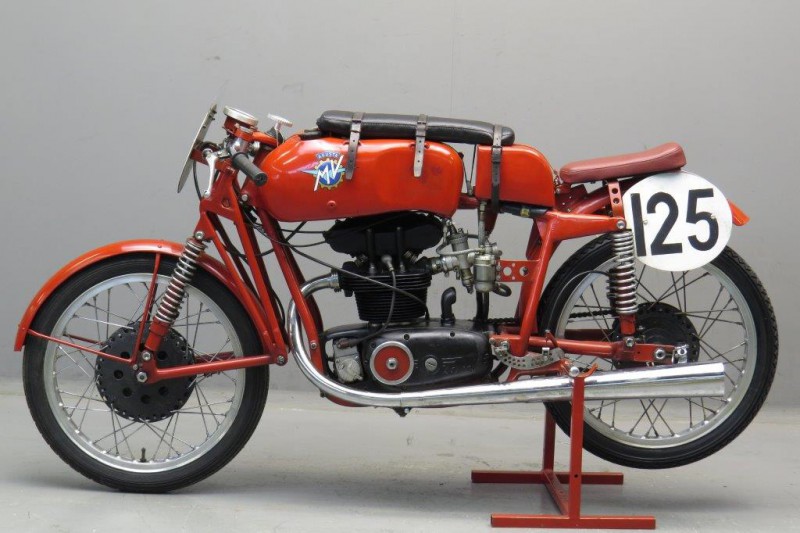 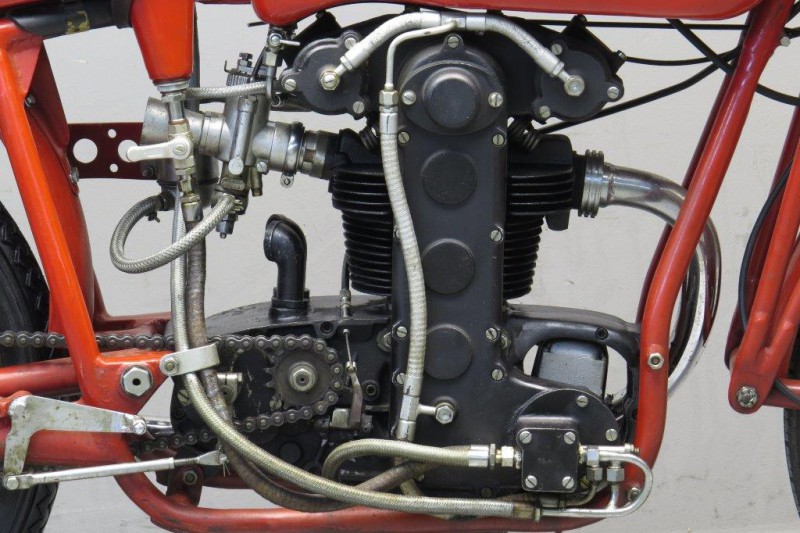 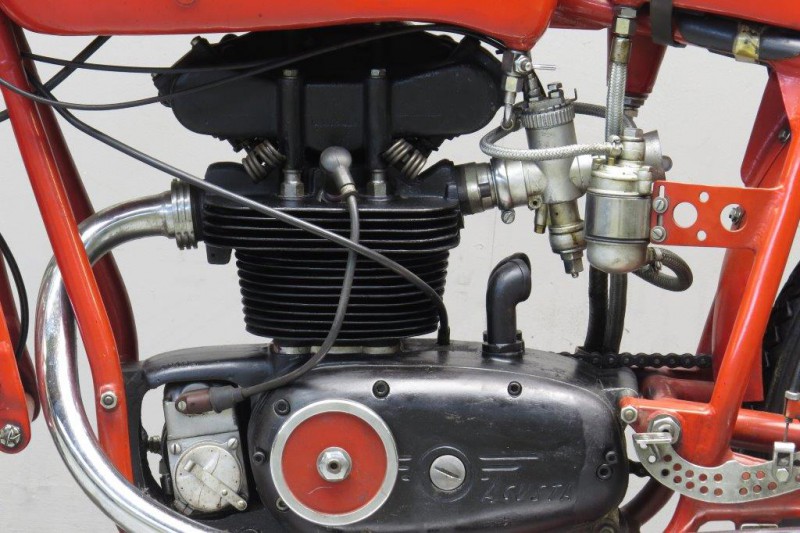 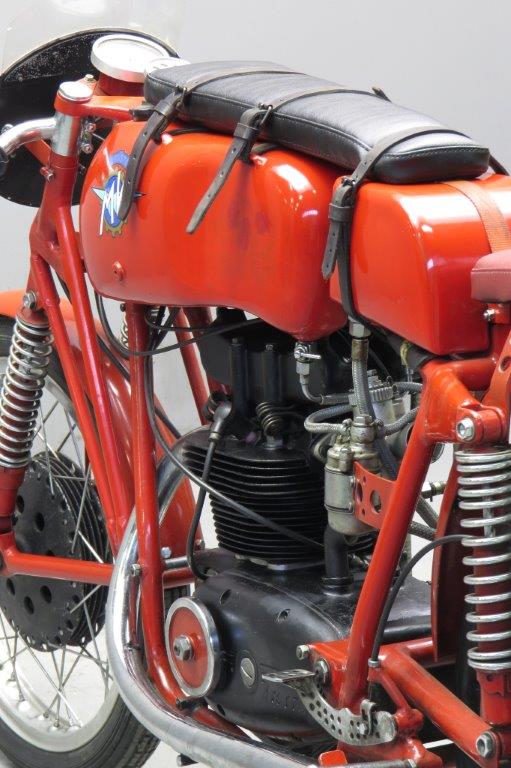 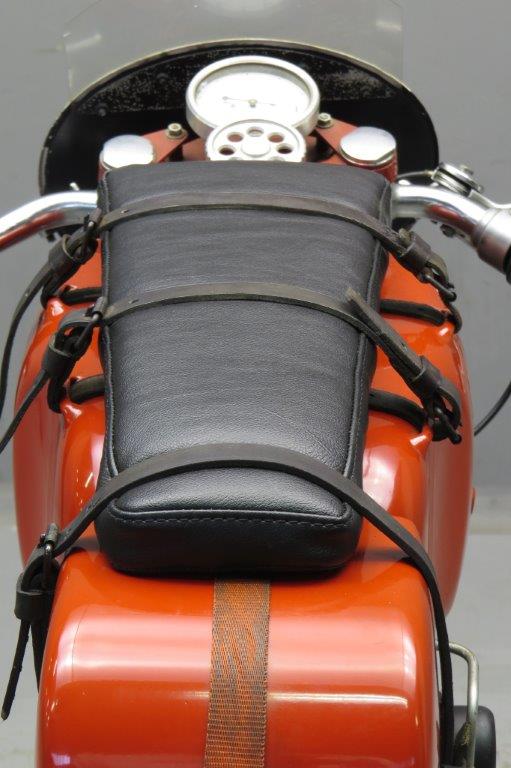 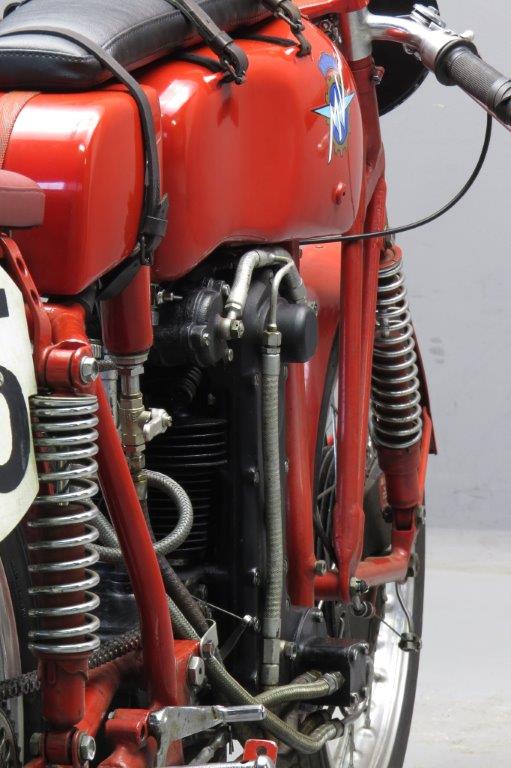 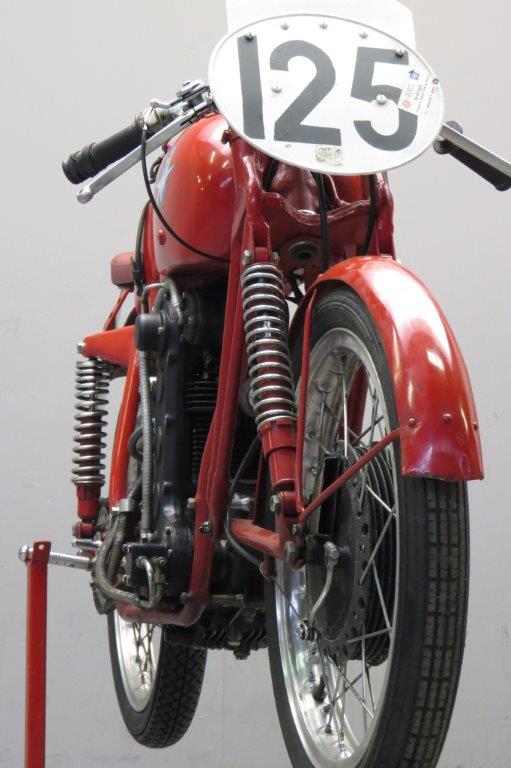 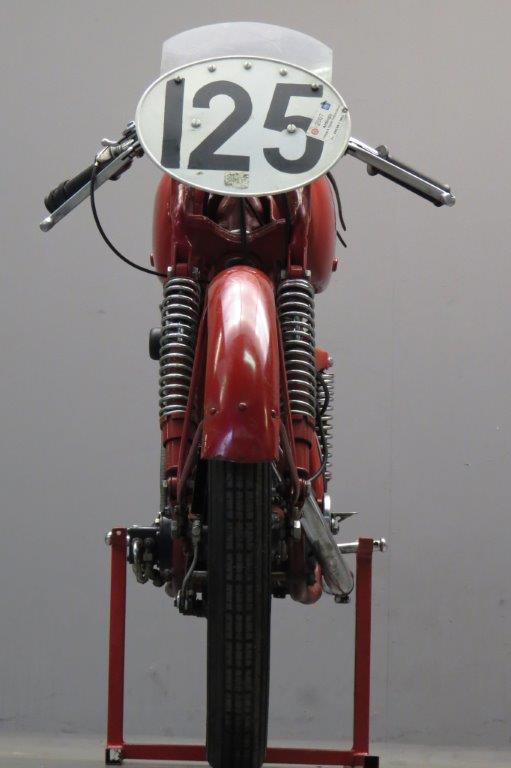 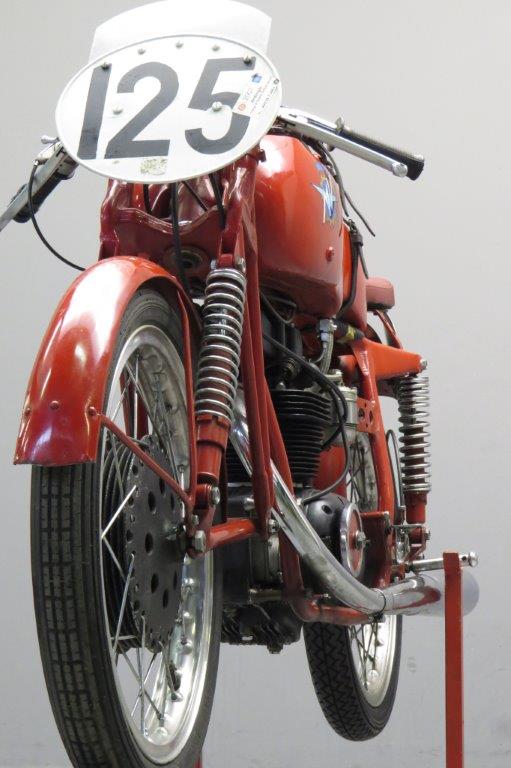 ‘The Verghera marque’s unequalled record of success during the 28 years from 1948 to 1976 won them over 3,000 races and 37 World Championships…
The list of riders who raced MV machinery reads like a Who’s Who of motorcycle sport, with Cecil Sandford, Les Graham, Bill Lomas, Carlo Ubbiali, John Surtees, Luigi Taveri, Gary Hocking, Mike Hailwood, Giacomo Agostini and Phil Read prominent among them.’ – Mick Walker, ‘MV Agusta’.
Although best known for their multi-cylinder four-strokes, multiple World Championship-winning MV-Agusta built lightweights throughout its manufacturing career and in its early days listed small two-strokes and even a scooter.
The racing 125cc two-strokes that first appeared in 1948 were a major success, winning the arduous Milan-Taranto road race in 1950, ’51 and ’52, but at World Championship level the MVs were outclassed by the four-stroke FB-Mondial with its twin-overhead-cam engine.
Count Agusta’s response was to hire Gilera’s chief designer Piero Remor together with its chief mechanic, Arturo Magni in 1950.
However, the new Remor-designed 125cc four-stroke was not an immediate success, scoring only a single points-paying finish in 1950 and just one podium result in ’51, the latter courtesy of new arrival Les Graham.
It was only following Mondial’s withdrawal from racing that MV bagged its first 125cc World Championship, Cecil Sandford taking the riders’ title in 1952.
MV’s 125 had been extensively redesigned for ’52, gaining telescopic forks, full-width alloy hubs and a sleeker fuel tank, while maximum power increased to 15bhp.
Les Graham’s influence saw the 125 equipped with Ernie Earles’ leading-link front forks for 1953 and these also found their way onto the 500cc four.
Graham won the Ultra-lightweight TT at the Isle of Man that year but his tragic death a few days later dealt a severe blow to the team’s fortunes; NSU works rider Werner Haas went on to take the riders’ title in the 125cc class but MV did at least have the satisfaction of retaining the manufacturers’ crown.
NSU continued its dominance of the 125cc class in 1954, works rider Rupert Hollaus being crowned World Champion at the year’s end with MV’s Carlo Ubbiali runner-up.
The German factory’s withdrawal at the end of the ’54 season left no credible opposition in the lightweight classes for MV, which duly scooped its second 125cc World Championship in 1955, winning all six Grands Prix that year.
Carlo Ubbiali’s five wins ensured the Italian of his second world title.
For the next five years the combination of Ubbiali and the 125 MV would prove almost unbeatable.
The Italian would secure four more 125cc World Championships before retiring at the end of the 1960 season, an almost unprecedented run of success only interrupted in 1957 by Mondial-mounted Tarquinio Provini. Ubbiali also claimed the 250 world title for MV in 1956, ’59 and ’60.
Ubbiali’s retirement coincided with MV’s withdrawal from serious involvement in the lightweight classes at international level, but what an extraordinary achievement it had been.
Like their rivals, MV was not in the habit of selling works bikes to privateers, but the Monoalbero single camshaft  production racer  was available.
In 1954 Webster had the MV rebuilt around an Ernie Earles frame and in this form it was ridden successfully by Bill Lomas. Several over-the-counter monoalbero MV racers were sold to other enterprising privateers.
This MV is a production monoalbero fitted with the rare factory’s twin-cam conversion.
There were only 15 works Bialbero twin-cam conversion sets of this kind produced, promoted by Arturo Magni.
They were only available from MV Agusta and officially only to be used for the official World Championship from 1954 .
They were only been sold to the very best private racers.
MV Agusta wanted to get the dominance in this racing category of 125cc at that time.
Restored in 1998, the machine is still in a wonderful “ready to race” condition.
There is an article and photographs of this very MV Agusta Bialbero in the September 2017 issue of the German “Motorrad Classic”, a leading monthly magazine for classic motorcycles.