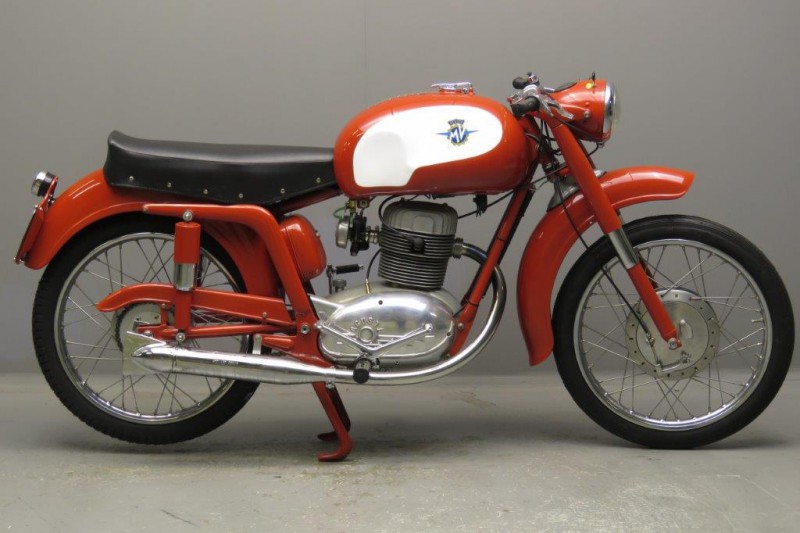 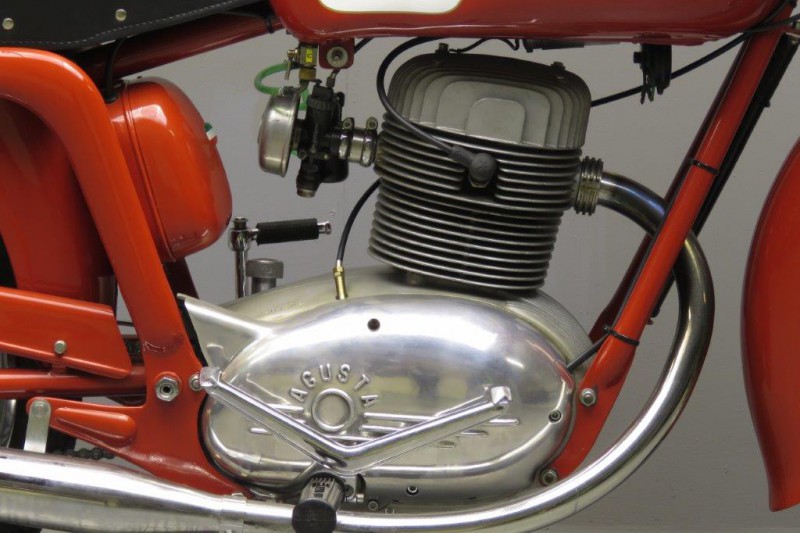 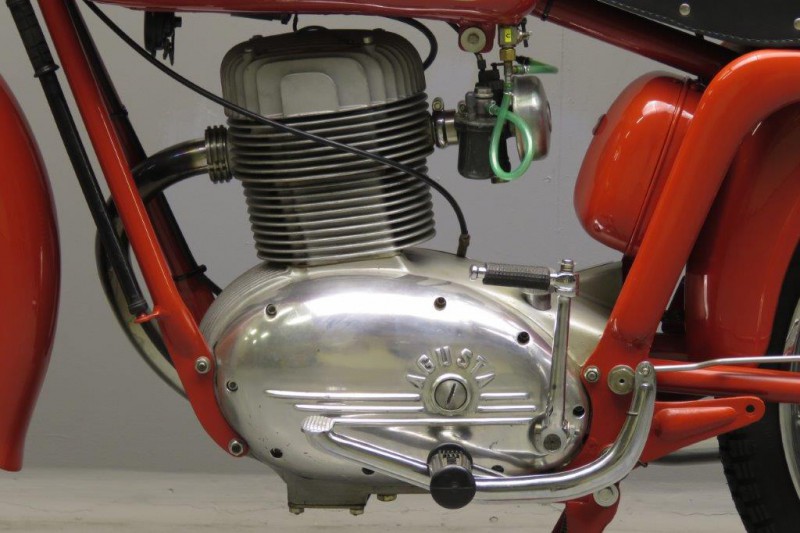 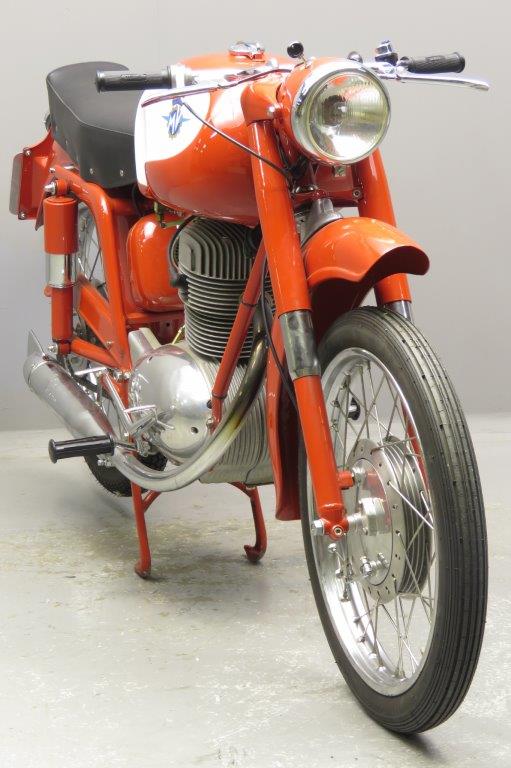 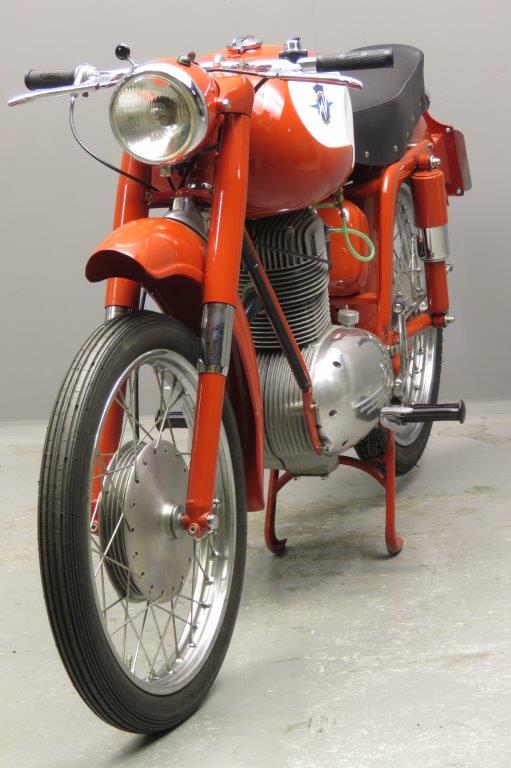 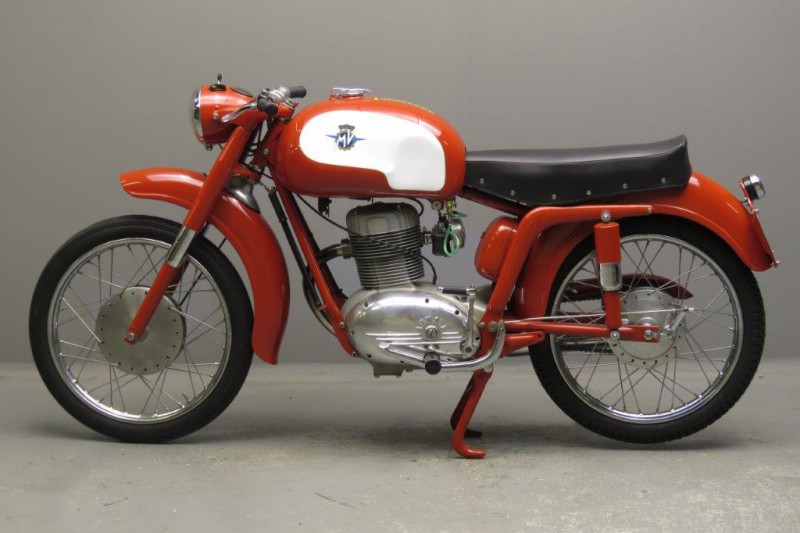 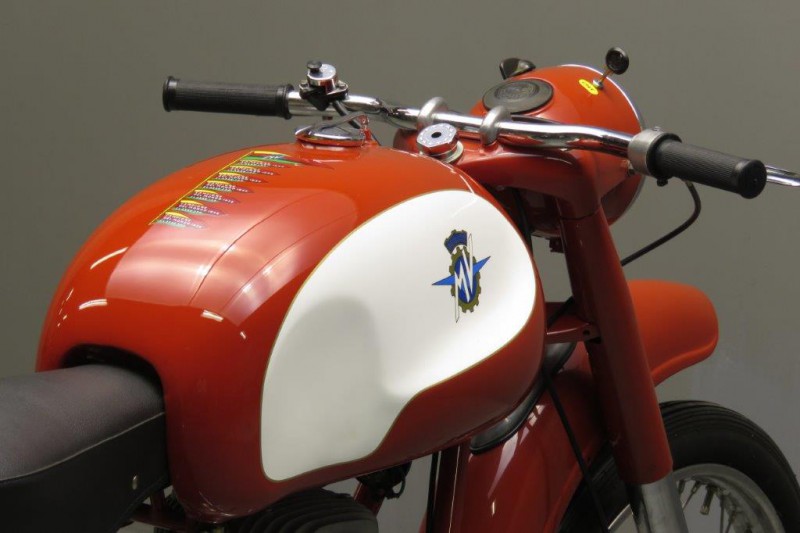 After WWII the Agusta family was no longer allowed to manufacture airplanes.
It was decided to take up the   production  of motorcycles and in  1946 they brought out the “98”, a two stroke runabout.
That same year a 98 Sport won the first race MV Agusta entered.
This started  the company on a competition path that would result in 37 world championships.
Six years later at the 1952 Milan Show, Agusta pulled the wraps off the 175 CST.
This was  a single overhead camshaft design with a 4-speed gearbox and a chain-driven single overhead camshaft valve train.
It was also the first MV four-stroke to go into series production and would go on to greater glory on the racetrack.
The engine was  rated at 8 HP.
Also released the same year was a version equipped with 19-inch wheels and a long seat which we present here as a 1958 example.
Approximately 6,000 examples were built over the motorcycle’s three-year production run.
It is an important model in MV’s history.
Technical Specification:
Cylinders 1 cyl  4-stroke
Displacement: 172,3 cc
Power / rpm: 8 HP / 5,200
Carburettor: 18 mm carburettor
Lubrication: wet sump
Clutch: wet multiple plate clutch
Gearbox: 4 speeds
Frame: double tubular and pressed steel frame
Front brake: 180 mm drum
Rear brake: 150 mm drum
Front and rear tire: 3.50 x19”
Tank: 14 litres