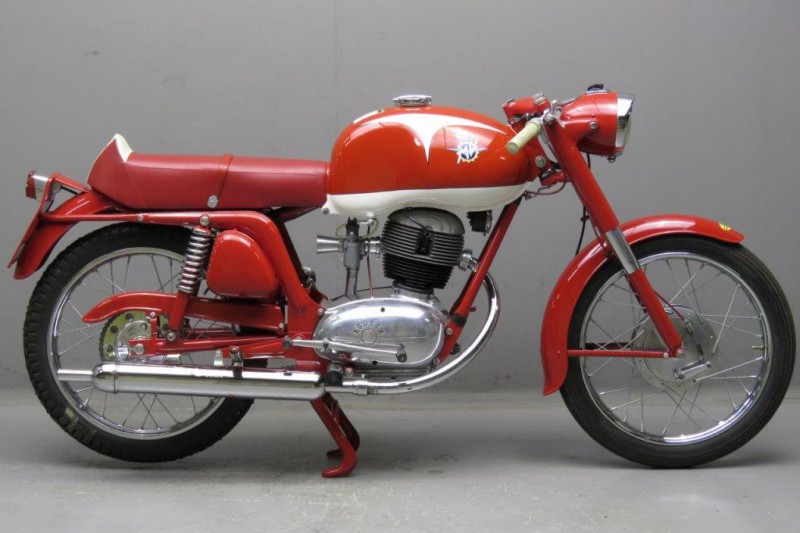 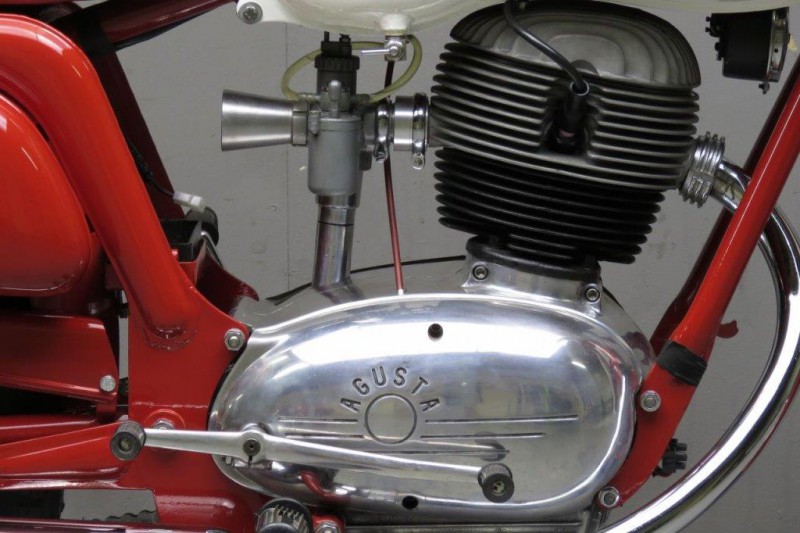 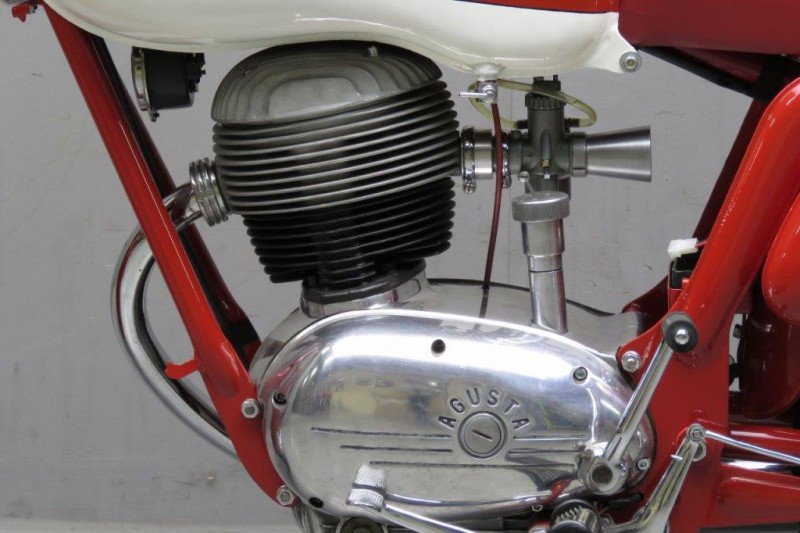 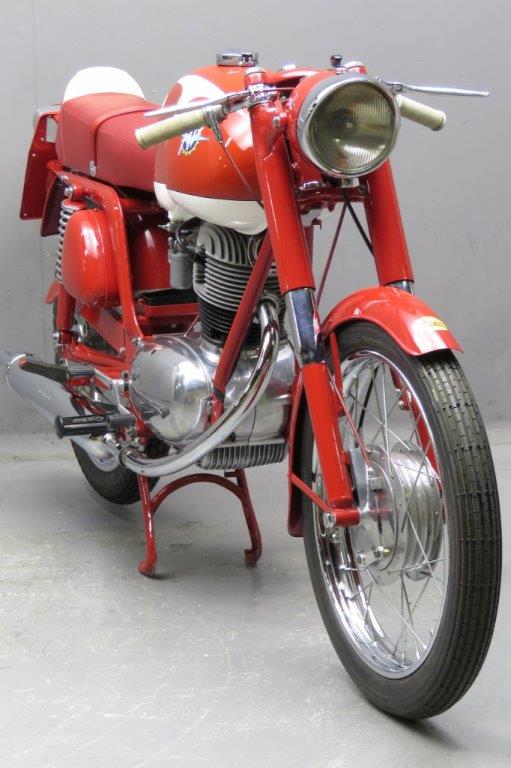 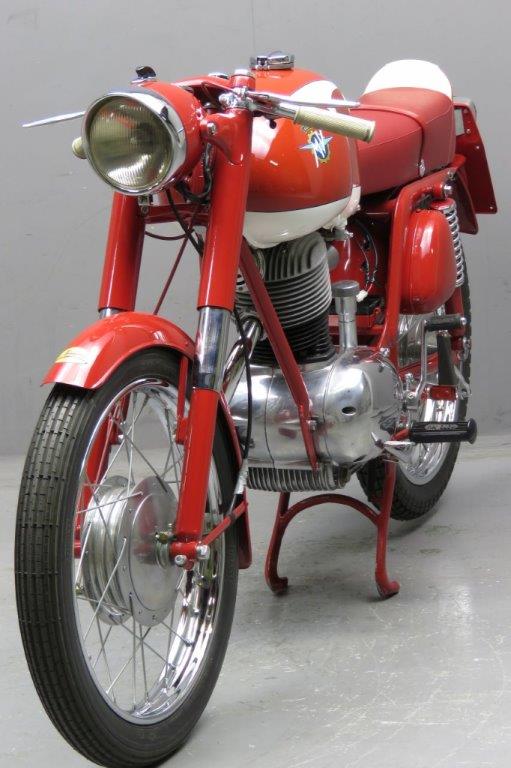 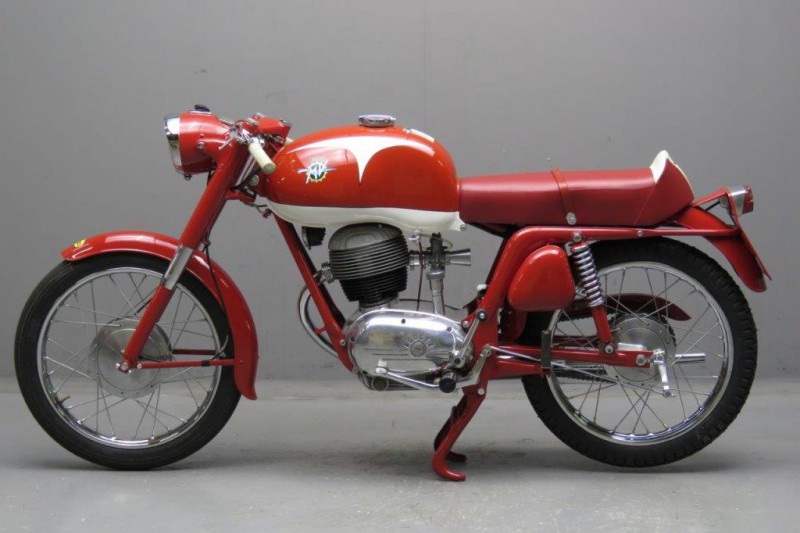 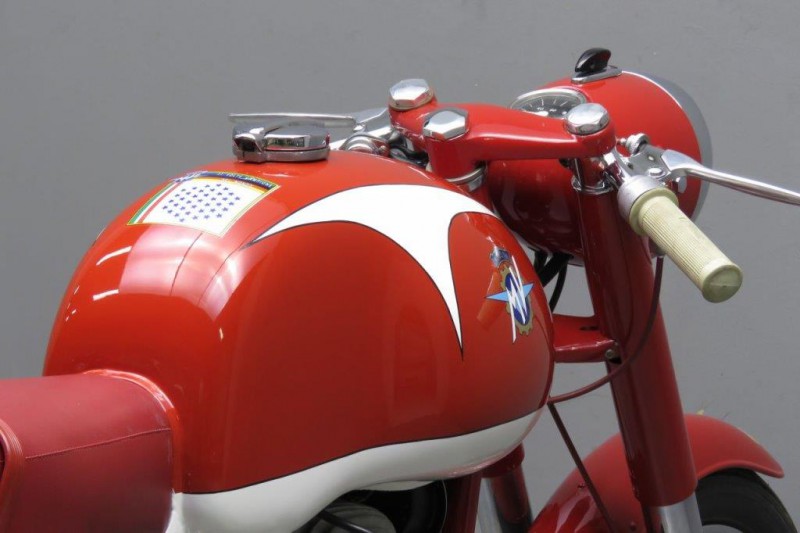 Disappointed by the poor sales of its 1960 line-up, which featured a trio of newcomers with engines displacing 99, 235 and 300cc respectively, MV Agusta returned to the more traditional capacity classes in 1961, launching the all-new Centomila in 125 and 150cc variants.
These were powered by an overhead-valve four-stroke single built in unit with a four-speed gearbox which went into MV’s familiar set of lightweight cycle parts.
Unlike their immediate predecessors, the new MVs would prove to be an immense commercial success for the Italian firm, effectively keeping it afloat in difficult times.
Like their larger siblings, the small MVs were very expensive – typically costing as much as a British 500 in the UK – which explains why so few of these the exquisitely engineered little bikes were sold in the UK.
MV intended this Turismo GTL to succeed the popular “Centomila”.
Under a few changes in the paint, it was essentially the same bike, complete with 4-speed gearbox.
The frame was typical MV; tubular front and pressed steel rear.
Still, attention to details created a very sporty look with modest mechanicals.
With its top speed of 115 km/h and a dry weight of 105 kg it was a nimble bike, ideal for both urban and rural roads.