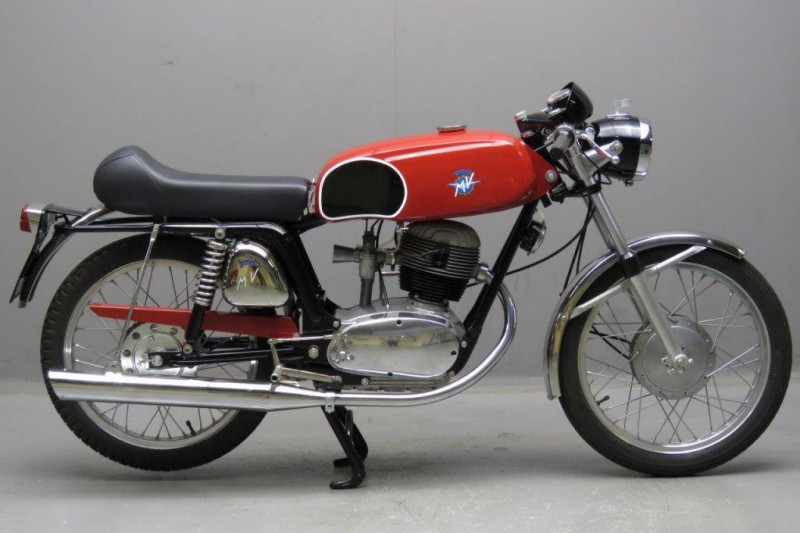 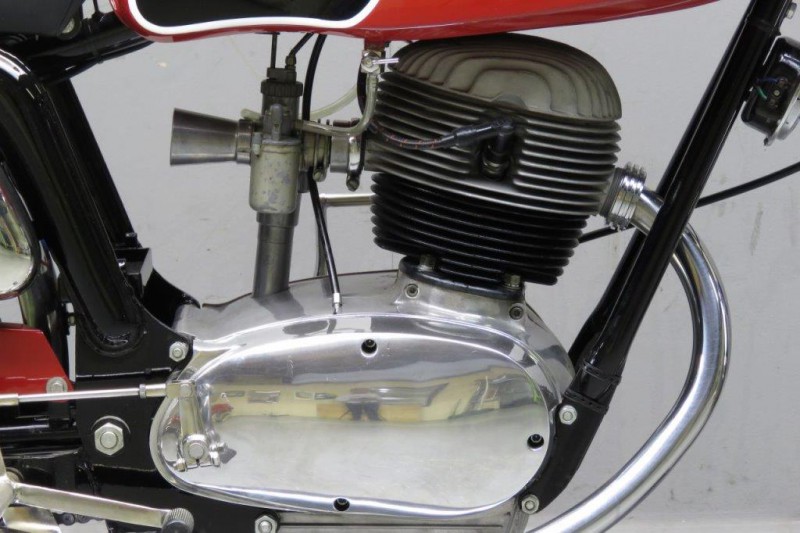 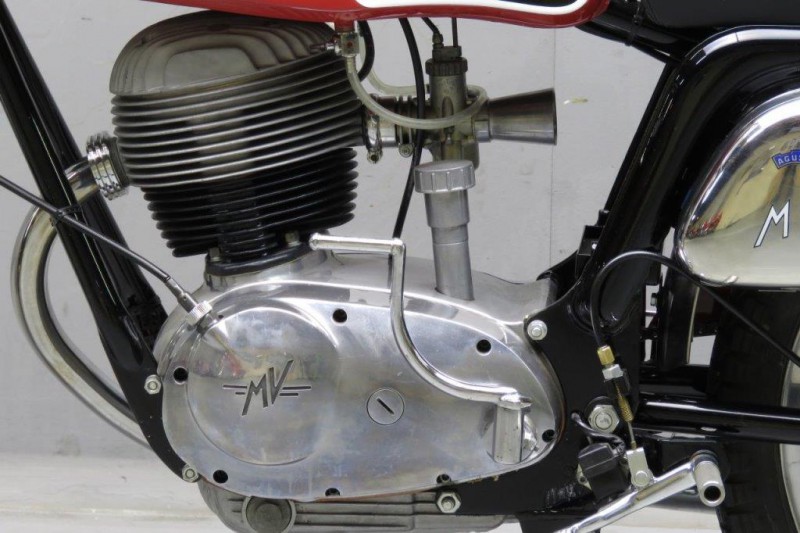 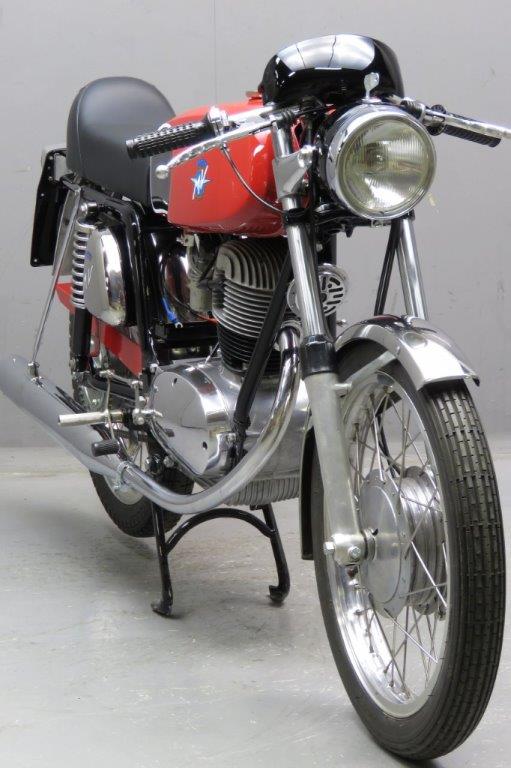 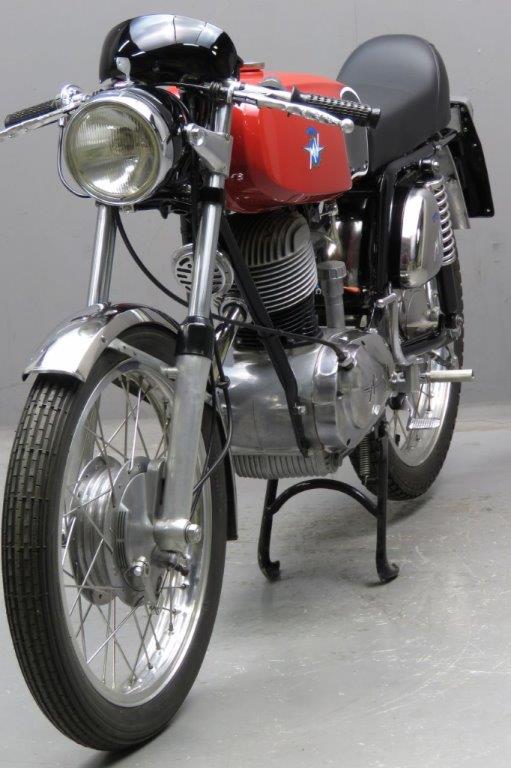 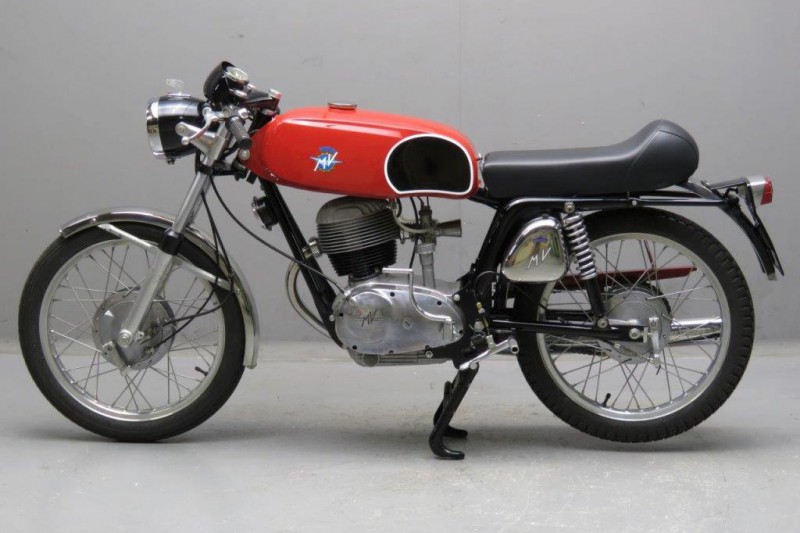 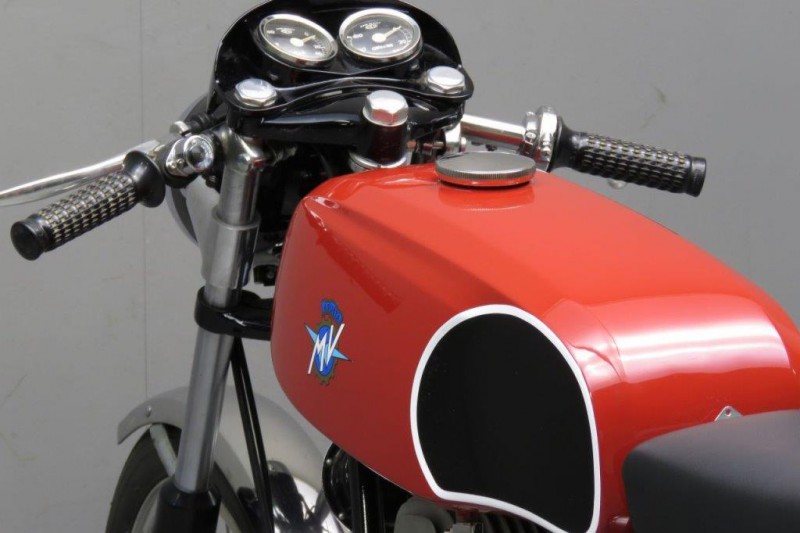 Having commenced motorcycle production late in 1945 with a 98cc two-stroke, Meccanica Verghera (MV) introduced its first production four-strokes, a brace of 175cc singles, at the Milan Show in 1952, the newcomers’ advanced overhead-cam, unit-construction engine setting them apart from most of the opposition.
The first 125cc production roadster – the Gran Turismo – appeared in 1954 with single-cylinder overhead-valve engine, a format MV’s 125 would retain until the end of production in 1977/78.
The 1960 line-up, which featured a trio of newcomers with engines displacing 99, 235 and 300cc respectively, MV Agusta returned to the more traditional capacity classes in 1961, launching the all-new Centomila in 125 and 150cc variants.
They were powered by an overhead-valve four-stroke single built in unit with a four-speed gearbox, which went into MV’s familiar set of lightweight cycle parts.
At the 1965 Milan Show the 125/150 range was updated with five-speed gearboxes, the 125 being offered in two guises: GT, with 8bhp engine, and the more sporting GTL S, which had 9.6 horsepower on tap.
Like their larger siblings, the small MVs were very expensive – typically costing as much as a British 500 in the UK – which explains why they are so difficult to find.
This MV Agusta 125 GTL S has been restored to original specification and to a high standard and has only been used on the road very sparingly.
Specification :
Single cylinder ohv 4-stroke pushrod engine
Displacement: 125 cc
Power 9,6 HP
16 mm carburettor
Ignition: flywheel magneto
Top speed  110 km/h   69 mph