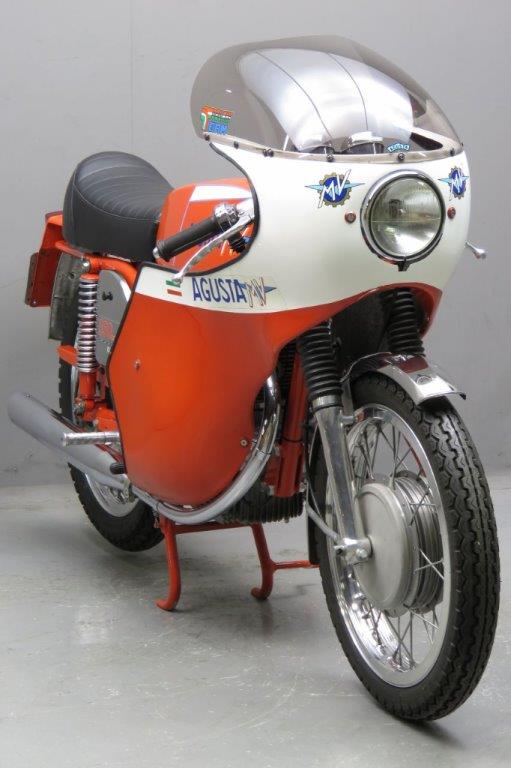 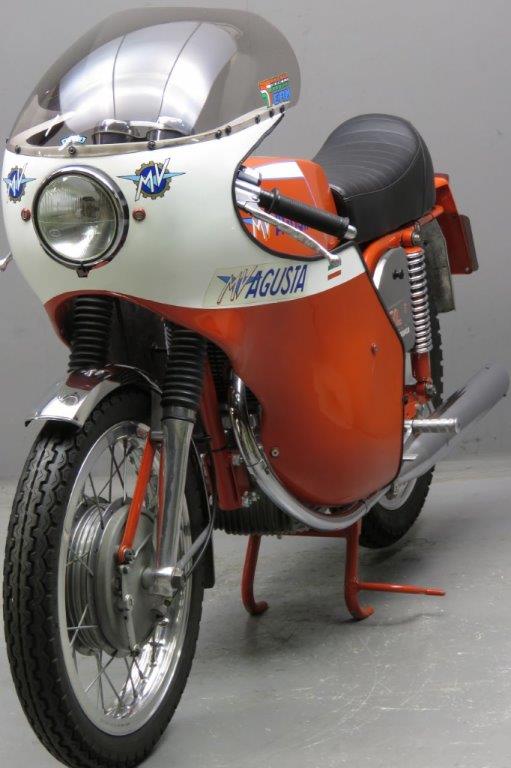 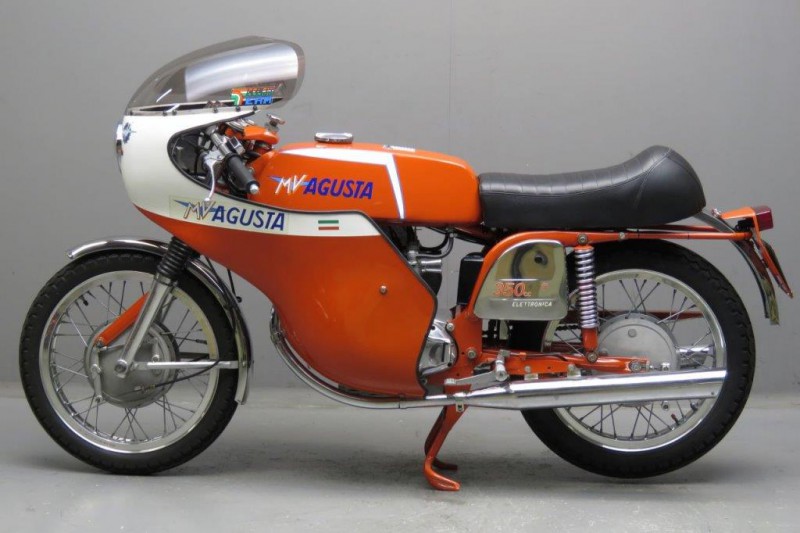 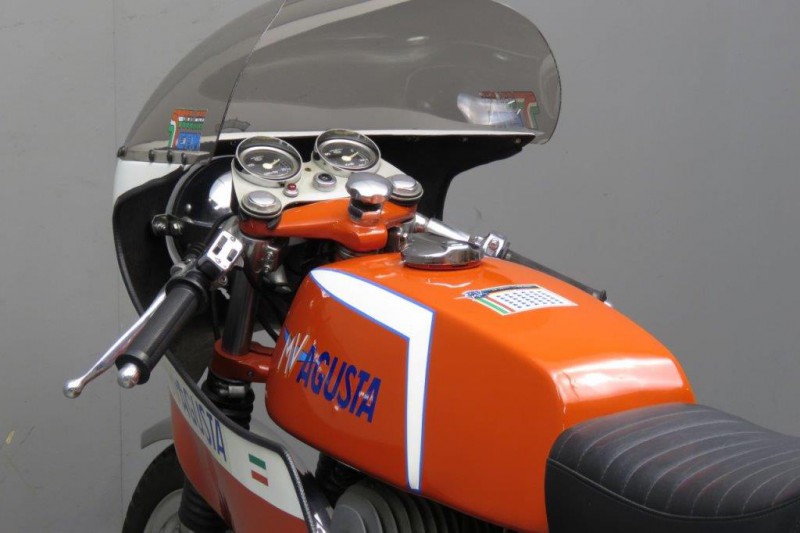 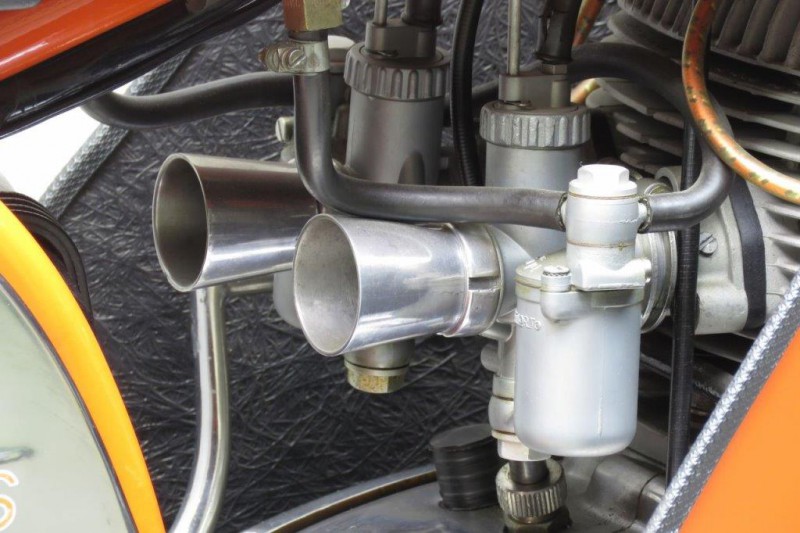 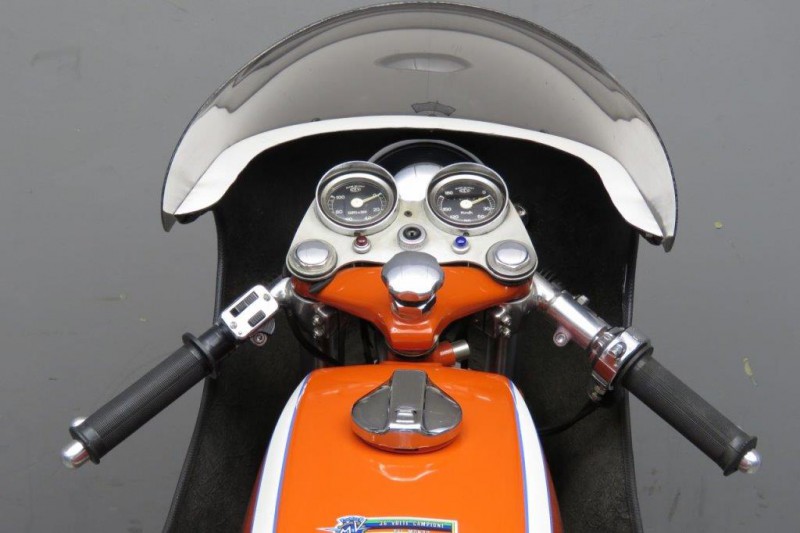 Better known for their racing and road-going multi-cylinder machines, MV Agusta also built a range of single and twin-cylinder sports bikes during the 1960s and 1970s.
Their high price meant that they were never top sellers.
Introduced at the Milan Show in 1971, MV's first production 350 roadster was basically an over-bored version of the existing 250B model that had been around since 1967 and was well received by enthusiasts. For the first time, a twin cilinder, medium displacement MV combined a sporty riding position with high performance that satisfied even the die-hard high speed fans.
Of unitary construction, the engine is a compact, twin-cylinder overhead-valve unit breathing through two 24mm Dell'Orto carburettors and featuring gear primary drive to a five-speed transmission. Claimed maximum power is 32bhp and top speed in excess of 95mph.
Two versions were made: the touring 350GT and Sports S as shown here, both of which were updated with 12-volt electrics and electronic ignition in 1972.
It is an agile machine that will run with much bigger motorcycles.
For 1972 the 350 Sports was fitted with an electronic ignition and a full fairing.
This MV Agusta 350S is in a beautiful restored condition and comes with the georgeous looking, before mentioned, factory fairing.