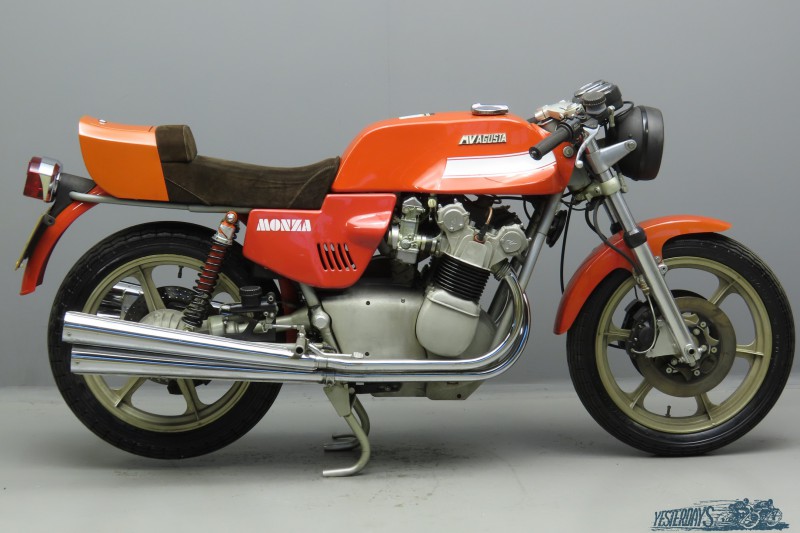 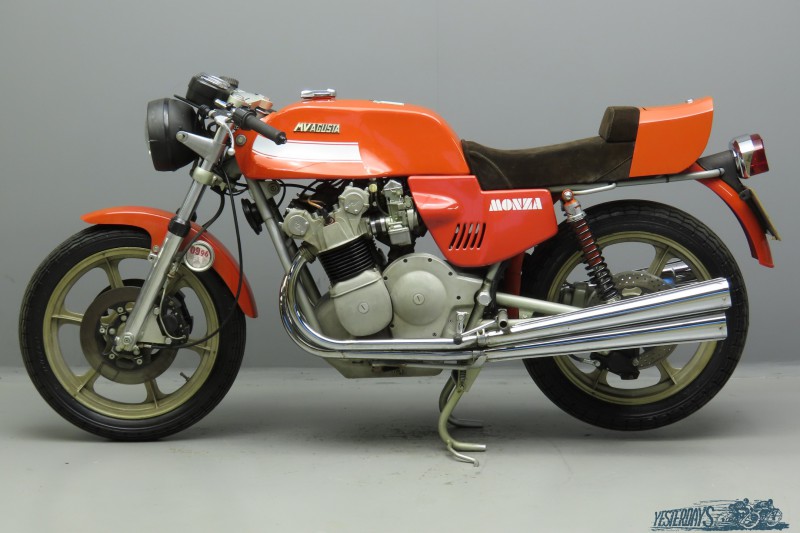 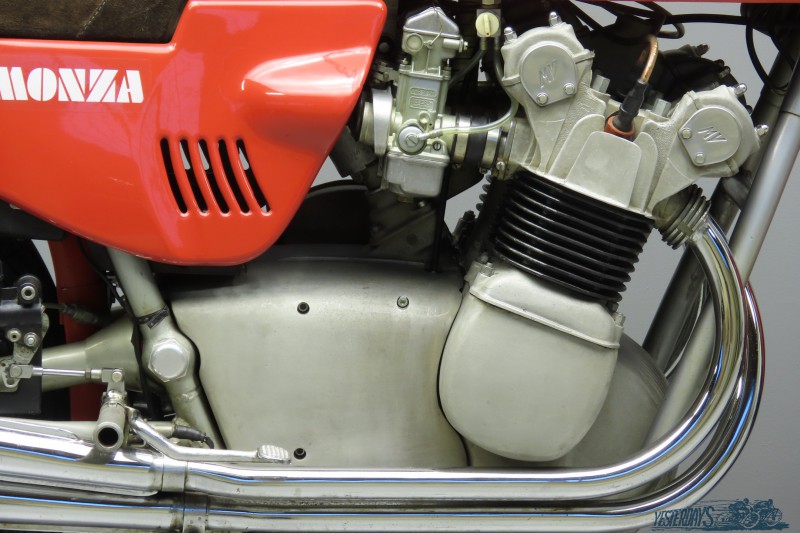 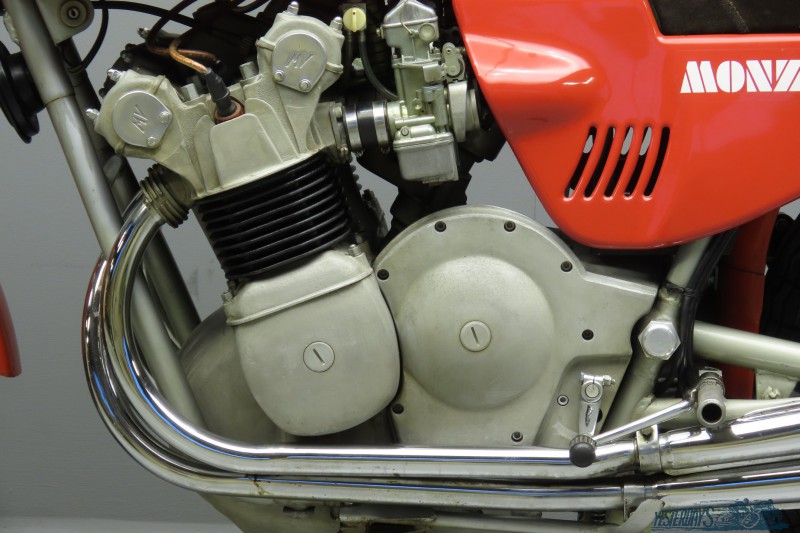 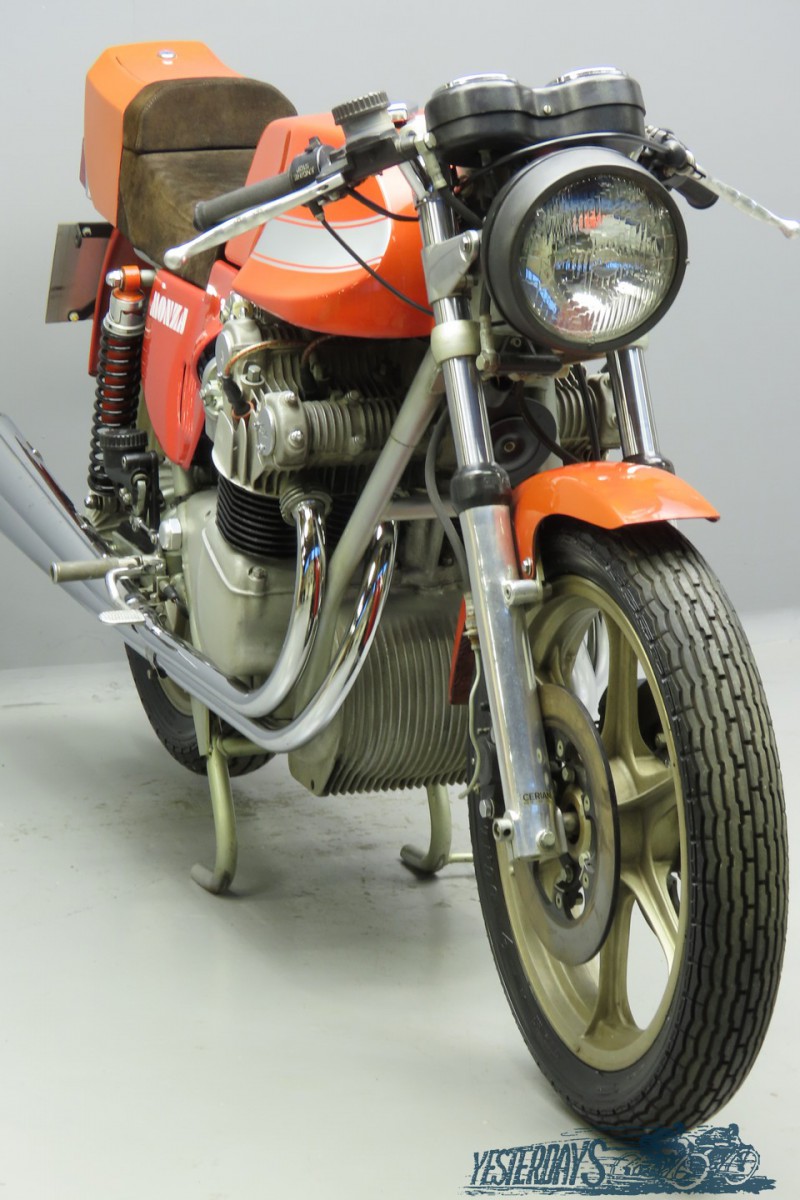 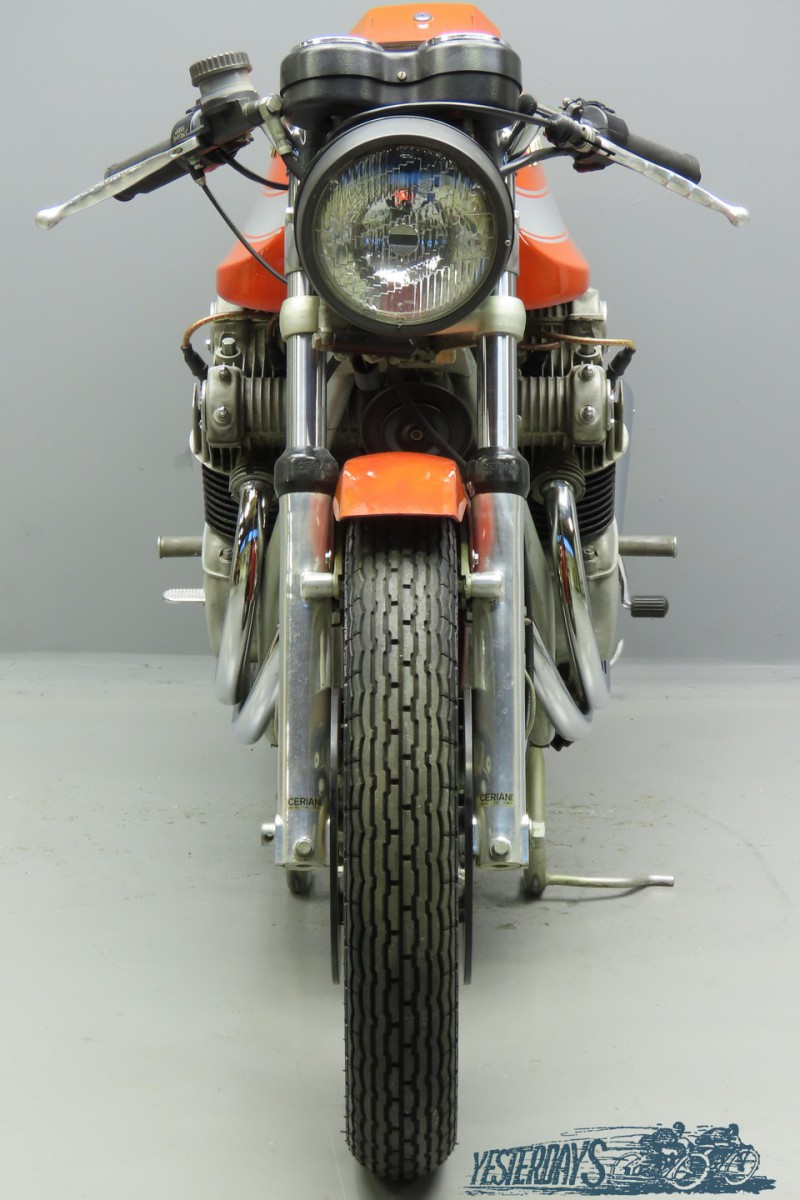 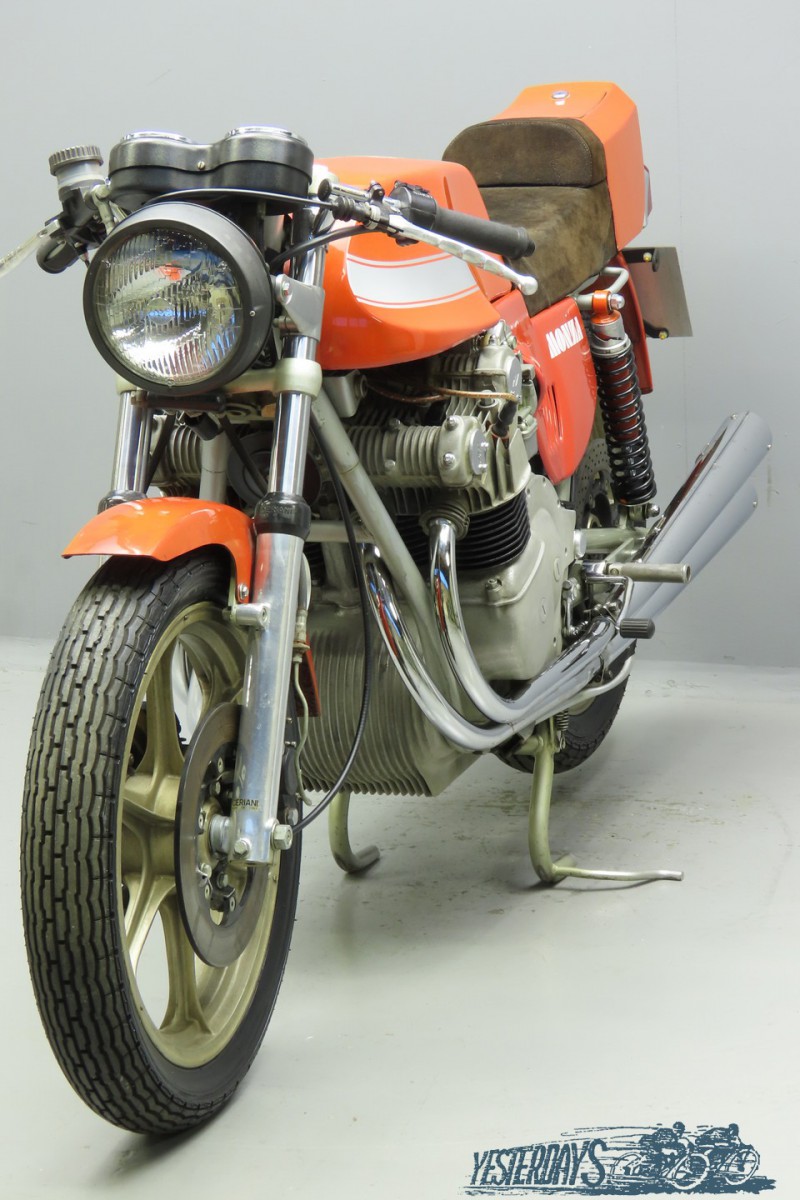 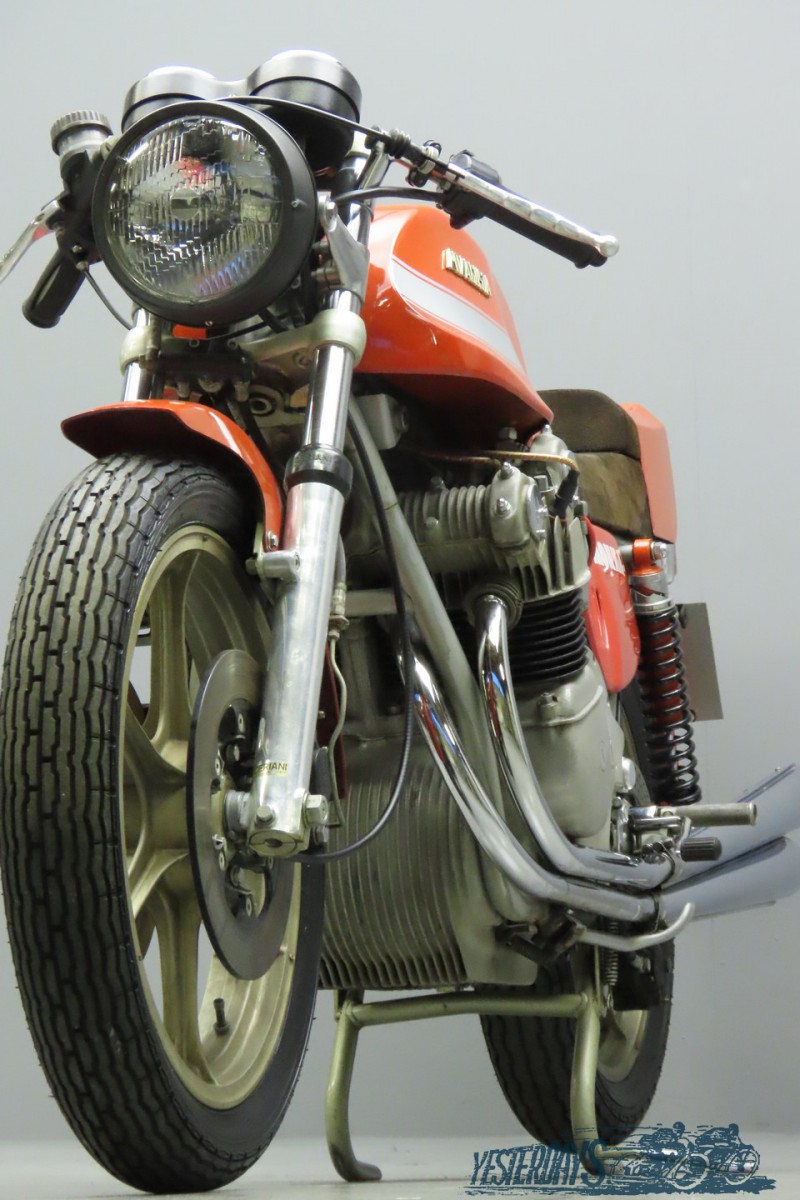 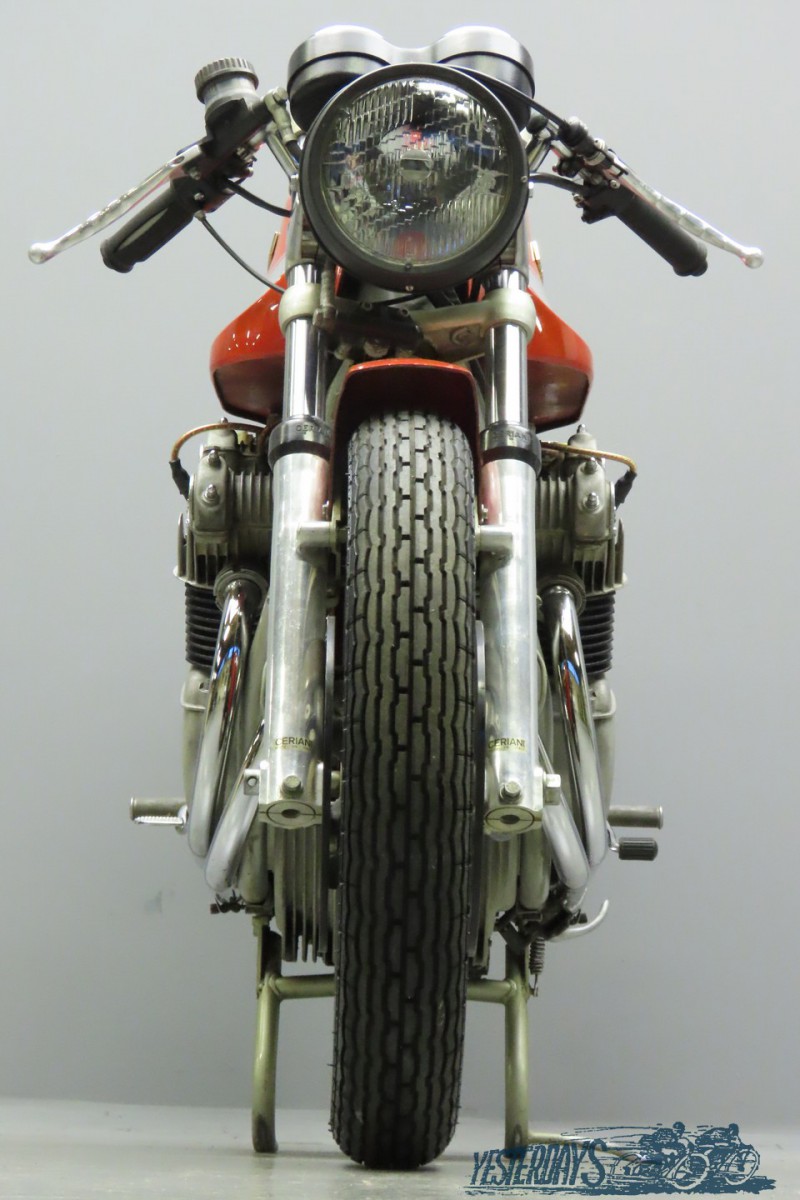 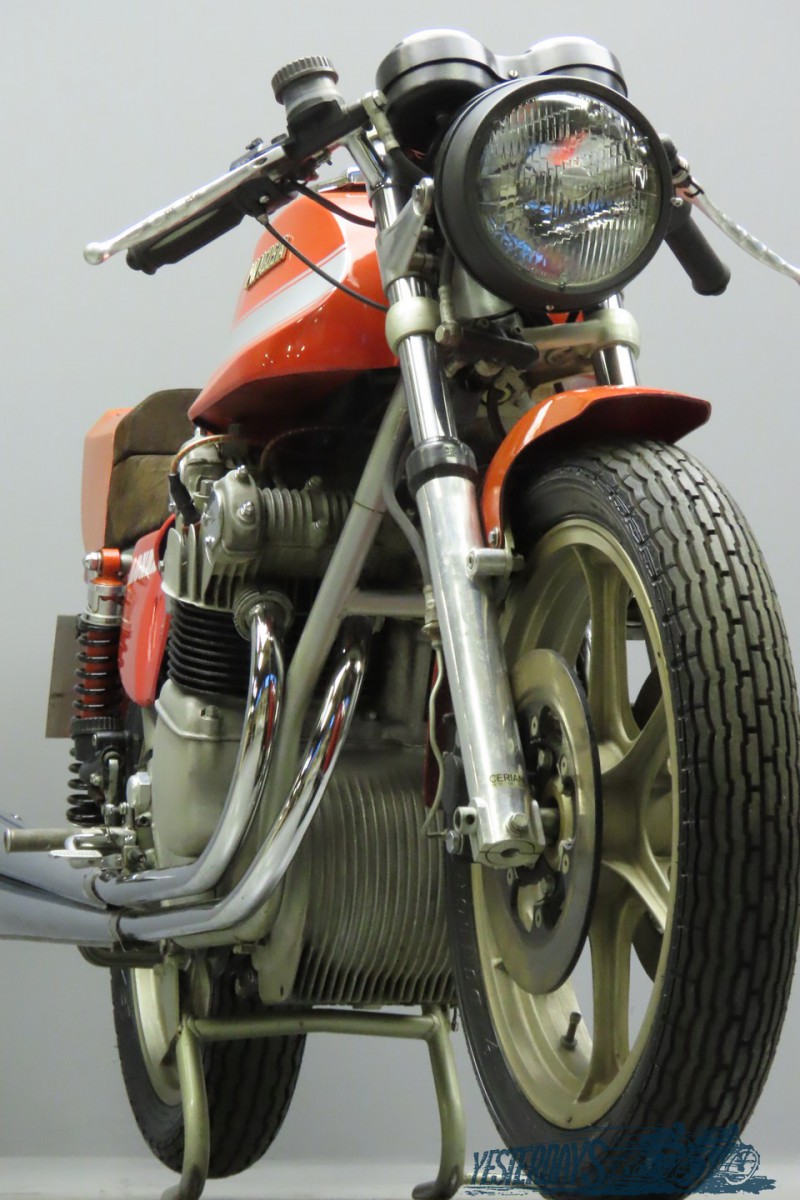 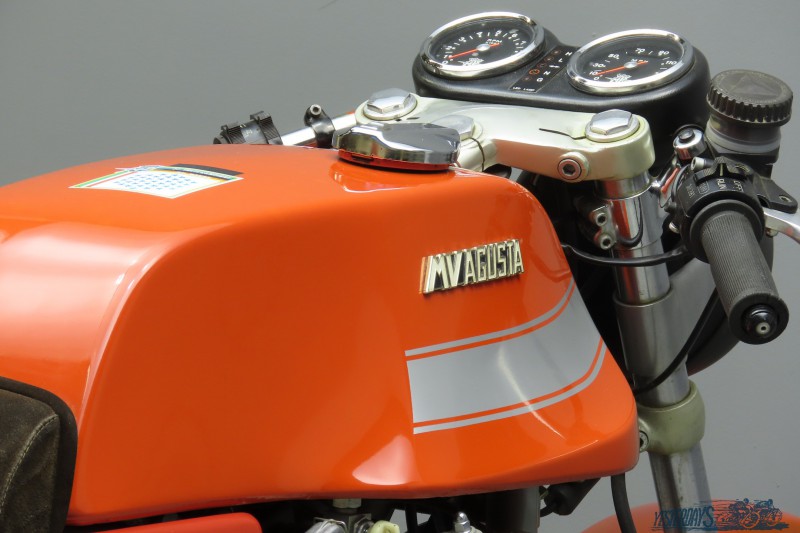 MV Agusta was founded by Count Domenico Agusta on 19th January , 1945 as one of the branches of the Agusta aircraft company near Milan in Cascina Costa, Italy.
The company was not allowed to build aircraft after the war and motorcycles were much in demand.
The abbreviation MV stands for Meccanica (mechanics) Verghera, the hamlet where the first MVs were made.
During the 1950s and the 1960s, MV Agusta produced small displacement bikes but as sales were starting to go down, the company decided to concentrate more on larger displacement bikes.
The MV Agusta 600 debuted at the Milan Trade Fair in 1965.
It featured final shaft drive and weighed 221 kg. It became the world’s first production motorcycle with a transverse 4-cylinder engine.
It was followed by models with engines with a displacement of 743, 790, 832 and 862cc, including the legendary 750 Sport and 750 Sport America. In all, the company would win 37 World Championships.
The limited edition MV Agusta Monza, a stretched version of the 750S America, represents the culmination of the legendary Italian factory’s range of four-cylinder superbikes.
Cast-alloy wheels, triple Brembo disc brakes, and a fairing – all optional on the 750S America – usually came as standard on the Monza.
Motor Cycle magazine’s John Nutting wrung 144mph out of a Monza, making it the fastest production machine in the world at that time.
It was also the most expensive, costing almost twice as much as a comparable Japanese superbike.
The Monza, though, would prove to be short-lived and relatively few were made; by 1977 MV’s motorcycle division was in administrative receivership and production ceased at the end of the following year.
The machine we present is one of the last MVs to leave the factory.
It was first registered on 27th September, 1978 and has covered a believed genuine 802 miles from new (not warranted).
The MV is offered from the estate of a private collector, who purchased it in July 1994.
The 1994 purchase receipt is on file together with copies of previous registration documents, details of previous owners and a sheet of hand-written notes concerning routine maintenance carried out in 2016/2017.
As can be expected from the ultralow milage, this superfast road-registered Monza is in excellent condition.