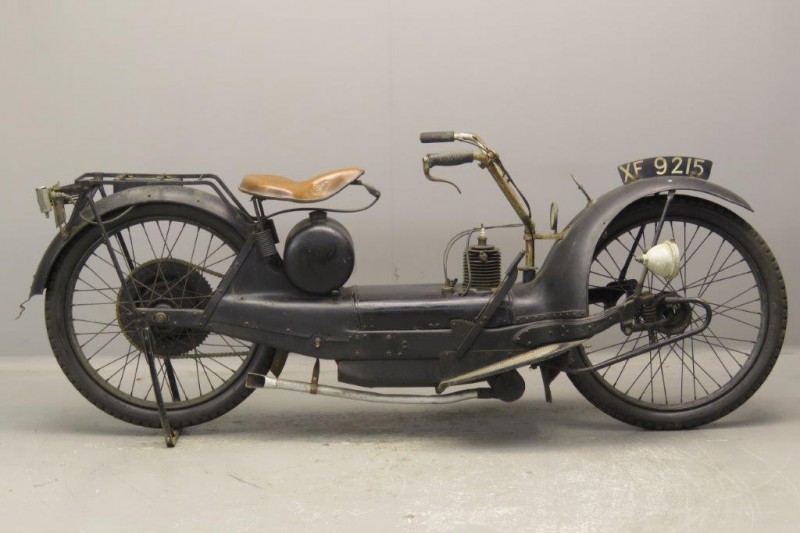 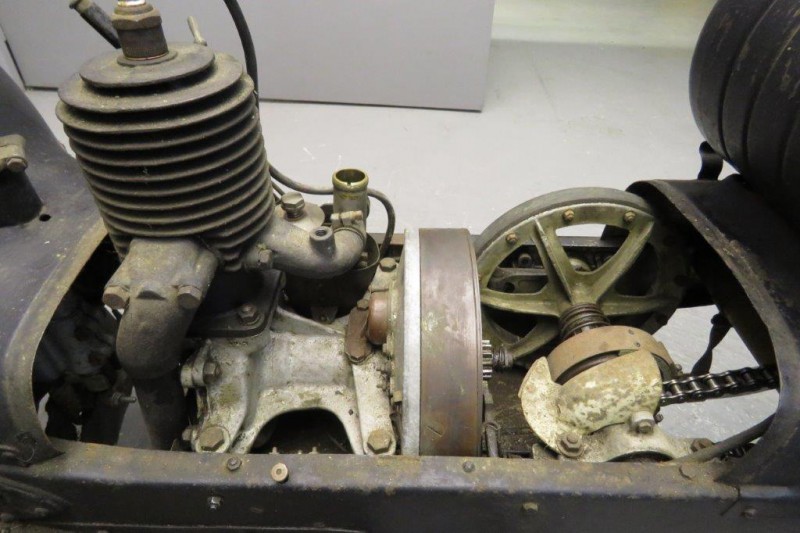 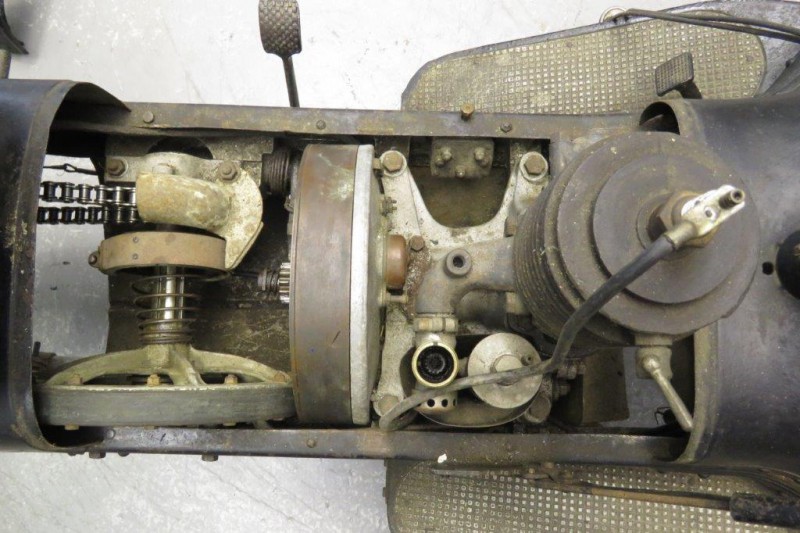 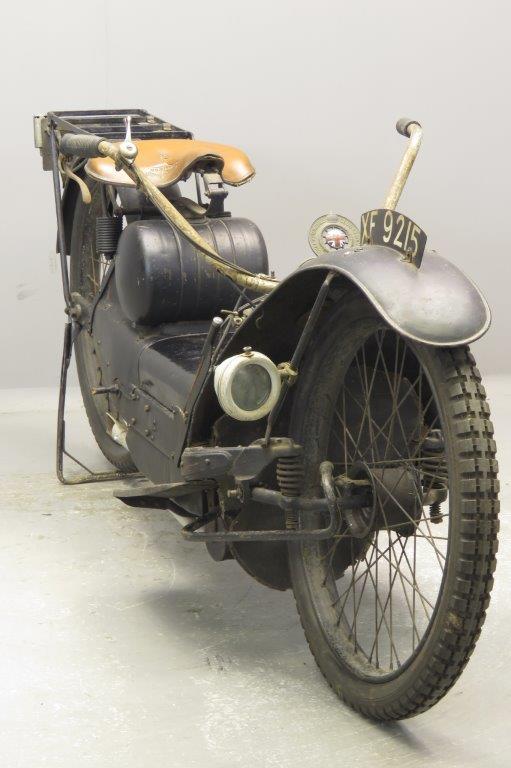 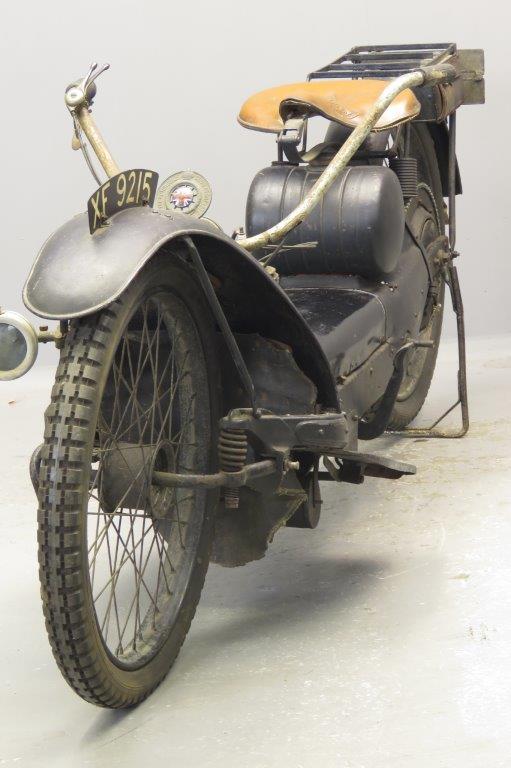 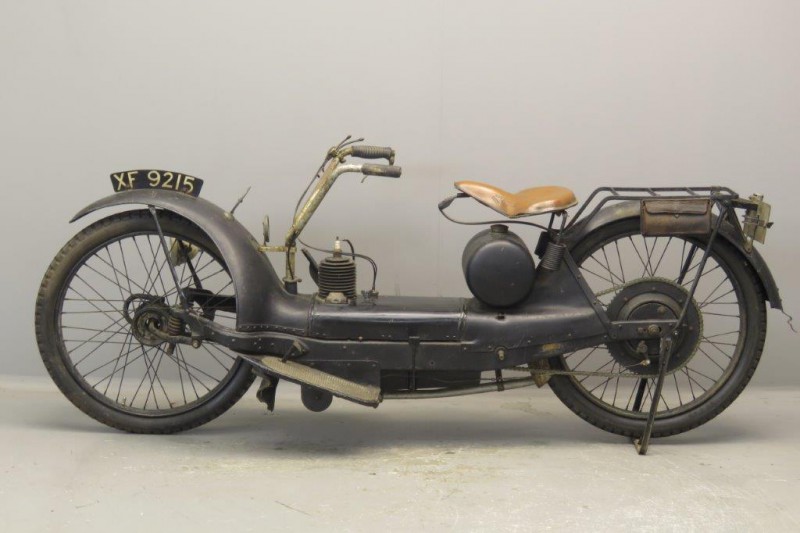 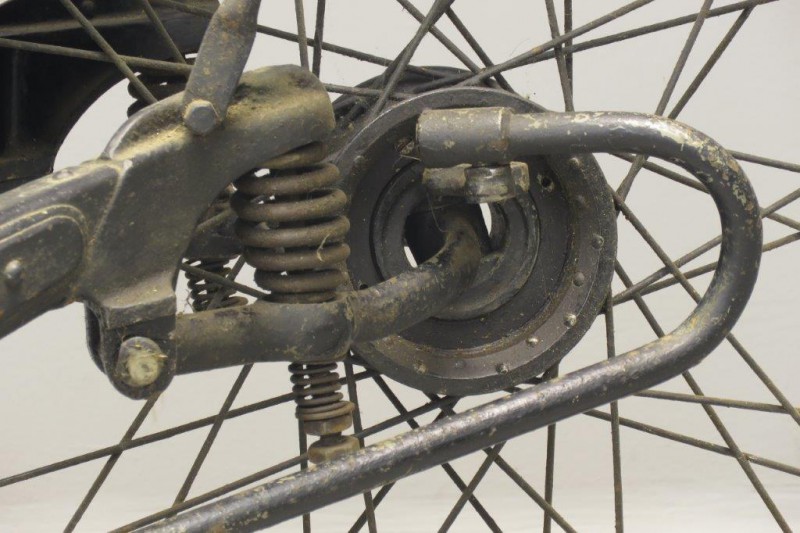 During WW1 American Carl Neracher designed a motorcycle that should be clean, easy to operate, stable, comfortable and reliable.
He came up with an unusual machine that was constructed more like a car than  like a motorcycle; it had no frame but a chassis made of beams,  221 cc two stroke engine, friction drive and hub-centre steering.
This rather unique means of transport  was  aptly named  the Ner-a-Car.
Nearacher had some trouble to find investors and manufacturers for his machine.
In 1919 he signed an agreement with the British Sheffield Simplex firm to produce the Ner-a-Car for England and its Colonies, excepting Canada. Production started in 1921.
The engine has bore and stroke dimensions of  62 x 70 mm .
Having found financial support in the USA as well, the Ner-a-Car Corporation started production in Syracuse, N.Y. in 1922. In November 1922 Cannonball Baker rode a Ner-a-Car from New York to Los Angeles, a distance of 5420 kilometres.
He averaged 30 Km/h and used 2.7 litres of petrol per 100 kilometres. In less than 8 days he spent 179 hours in the saddle…
In 1923 the  model B with larger front mudguard and 285 cc engine was brought out in England.
A year later the model C came out, powered by a 350 cc Blackburne engine and fitted with a conventional clutch and gearbox.
In 1924 the American Ner-a-Car saw its engine capacity increase to 255 cc.
These engines usually carry a “B” prefix. In 1927 the curtain fell for the British Ner-a-Car, a year later the last machine left the Syracuse factory.
It takes some detail knowledge to distinguish USA models from GB models; an easy “at first sight”  item seems that American models had the front coil springs under an angle, while the British were  mounted vertically.
The machine on offer here   is a British  model, a fine authentic and unrestored specimen  that comes complete with electric lighting.
The rear light has been cleverly designed: it works on electricity as well as on acetylene.
The  flywheel magneto produces a healthy spark  and the engine  shows good compression.
More  Ner-a-car information can be found on Ken Philp’s website www.neracar.co.uk