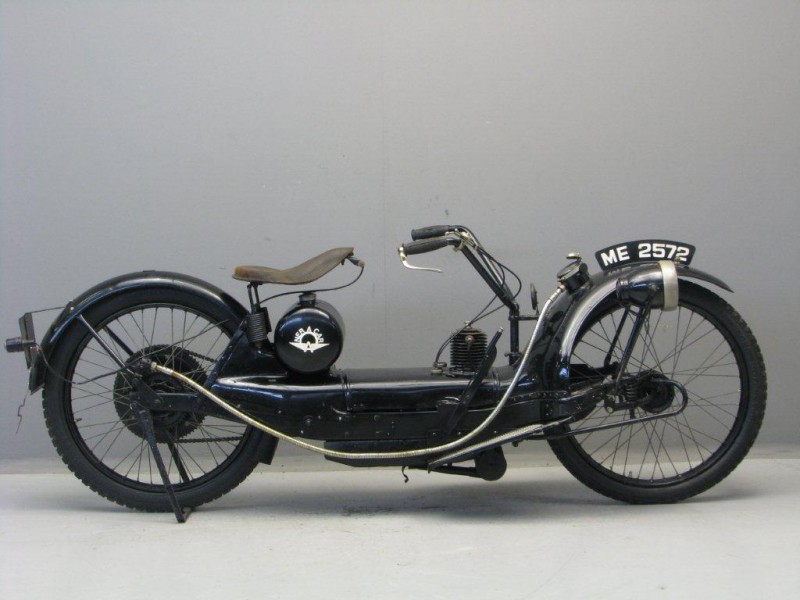 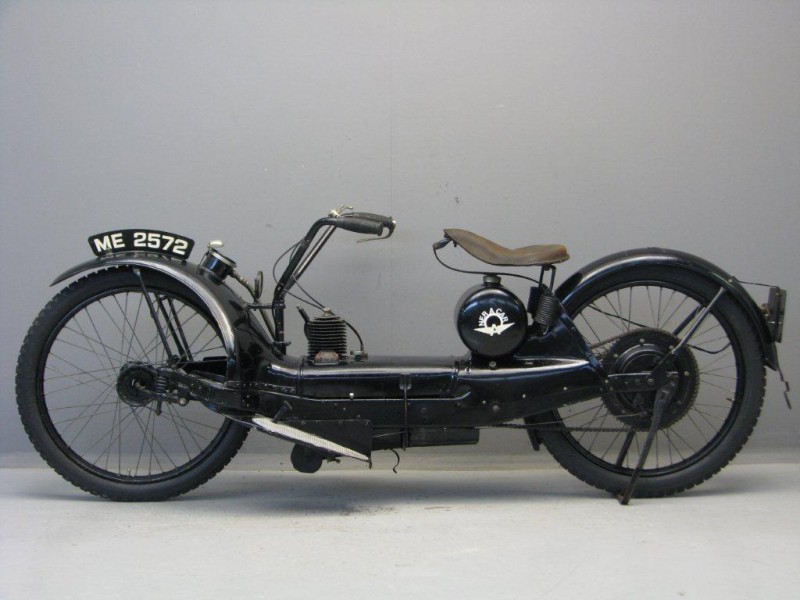 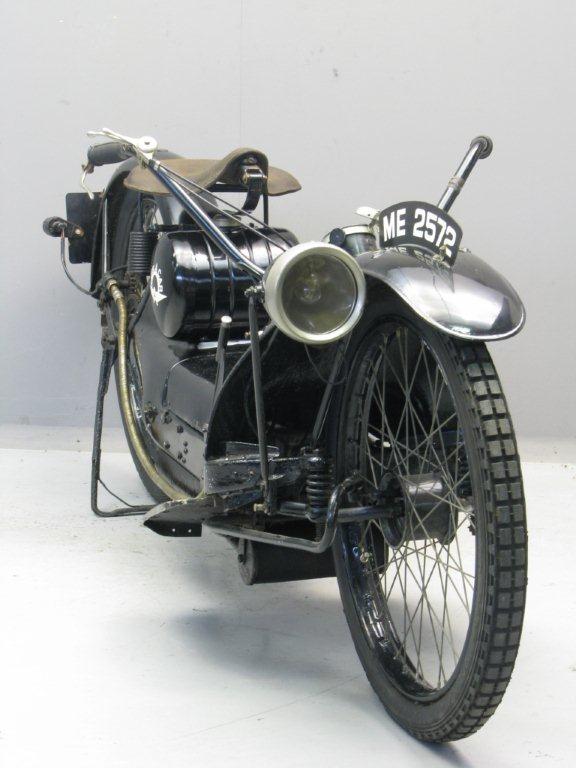 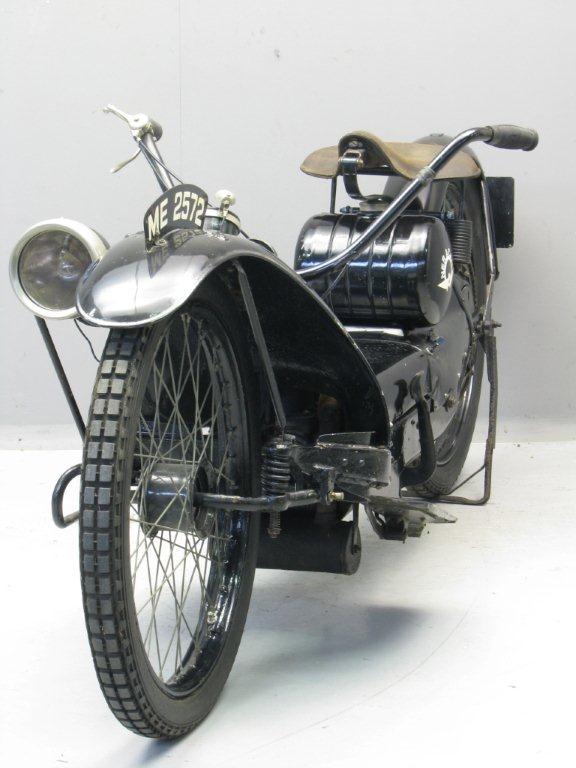 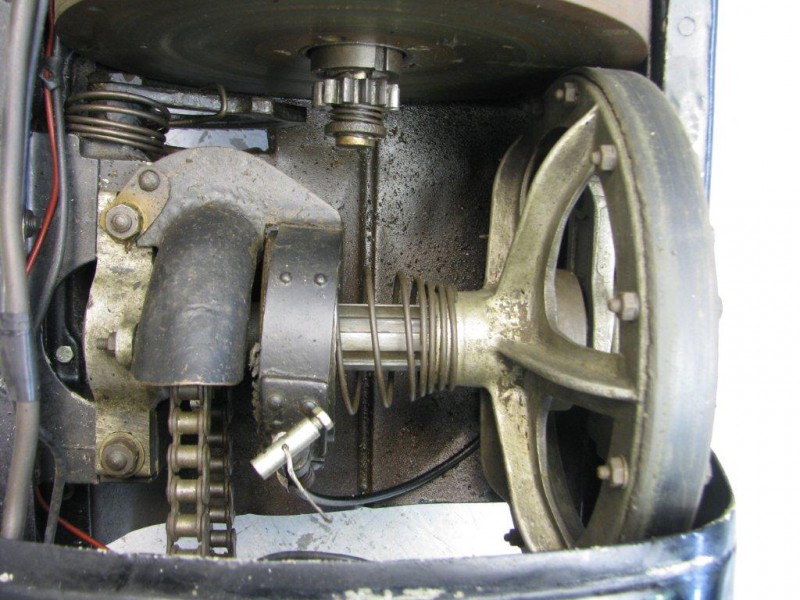 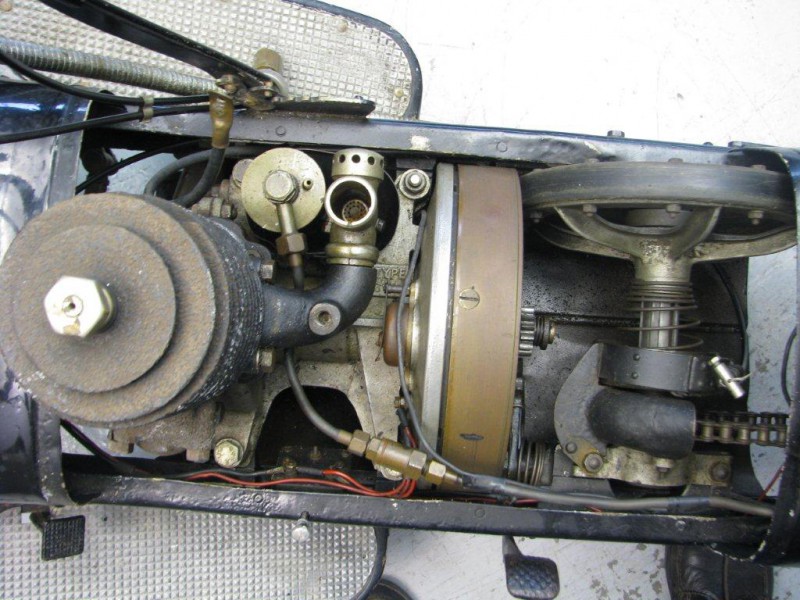 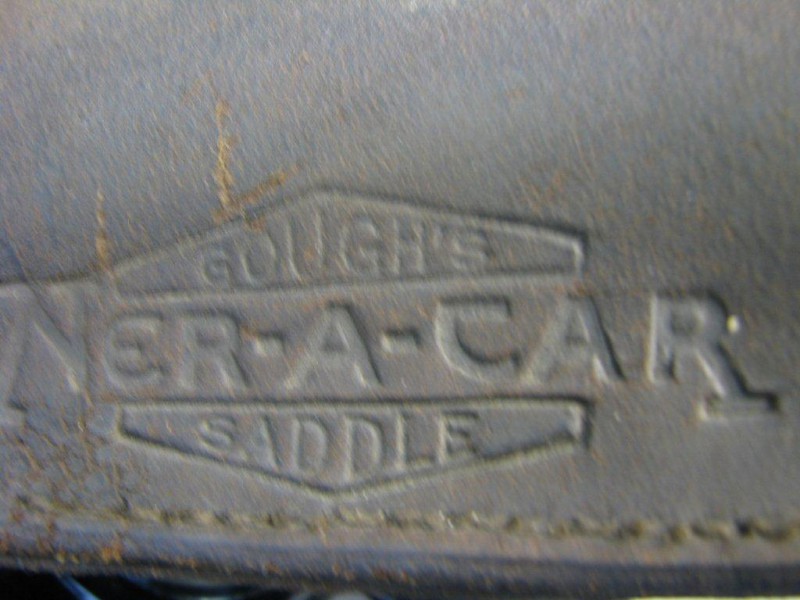 During WW1 American Carl Neracher designed a motorcycle that should be clean, easy to operate, stable, comfortable and reliable.
He came up with an unusual machine that was constructed more like a car than  like a motorcycle; it had no frame but a chassis made of beams,  221 cc two stroke engine, friction drive and hub-centre steering.
This rather unique means of transport  was  aptly named  the Ner-a-Car.
Nearacher had some trouble to find investors and manufacturers for his machine.
In 1919 he signed an agreement with the British Sheffield Simplex firm to produce the Neracar for England and its Colonies, excepting Canada.
Production started in 1921.
The engine has bore and stroke dimensions of  62 x 70 mm .
Having found financial support in the USA as well, the Ner-a-Car Corporation started production in Syracuse, N.Y. in 1922.
In November 1922 Cannonball Baker rode a Neracar from New York to Los Angeles, a distance of 5420 kilometres. He averaged 30 Km/h and used 2.7 litres of petrol per 100 kilometres.
In less than 8 days he spent 179 hours in the saddle…
In 1923 the  model B with larger front mudguard and 285 cc engine was brought out in England. A year later the model C came out, powered by a 350 cc Blackburne engine and fitted with a conventional clutch and gearbox.
In 1924 the American Neracar saw its engine capacity increase to 255 cc.
These engines usually carry a “B” prefix.
In 1927 the curtain fell for the British Neracar, a year later the last machine left the Syracuse factory.
It takes some detail knowledge to distinguish USA models from GB models; an easy “at first sight”  item seems that American models had the front coil springs under an angle, while the British were  mounted vertically.
The machine on offer here   is a British  model, a matured  restoration that comes complete with electric lighting and speedometer.
More  Neracar information can be found on Ken Philp’s website: neracar site . http://kenphilp.web.officelive.com/default.aspx