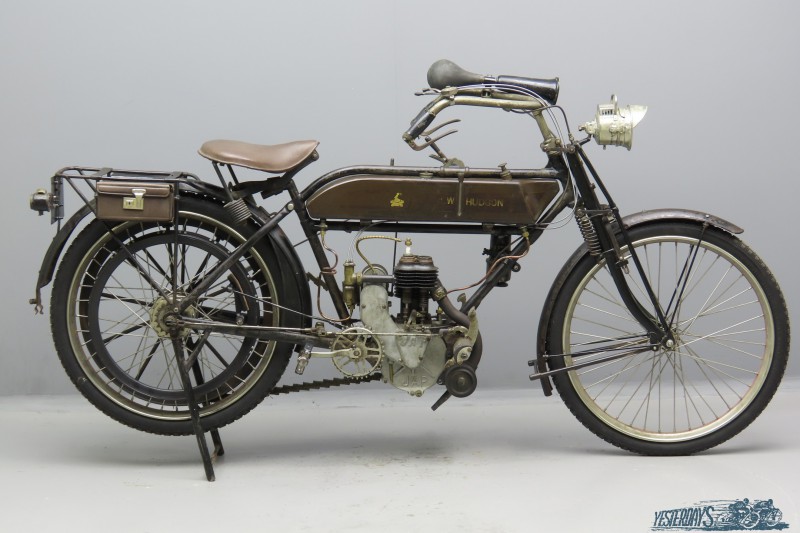 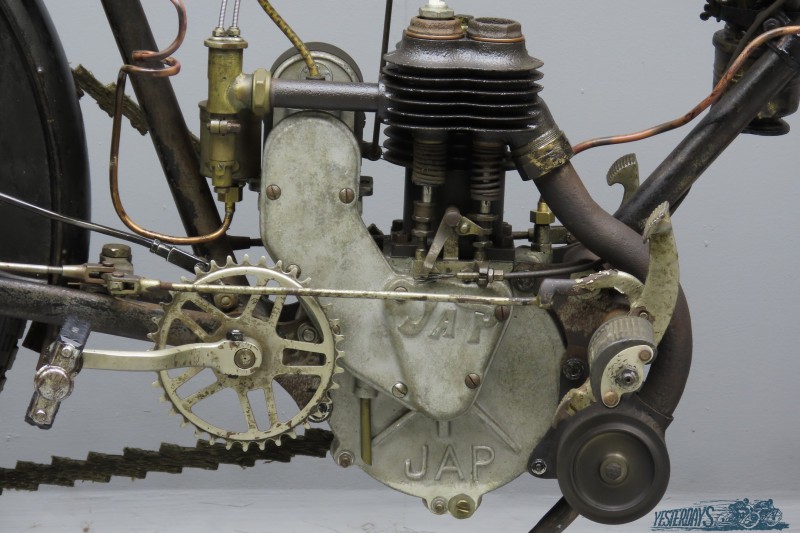 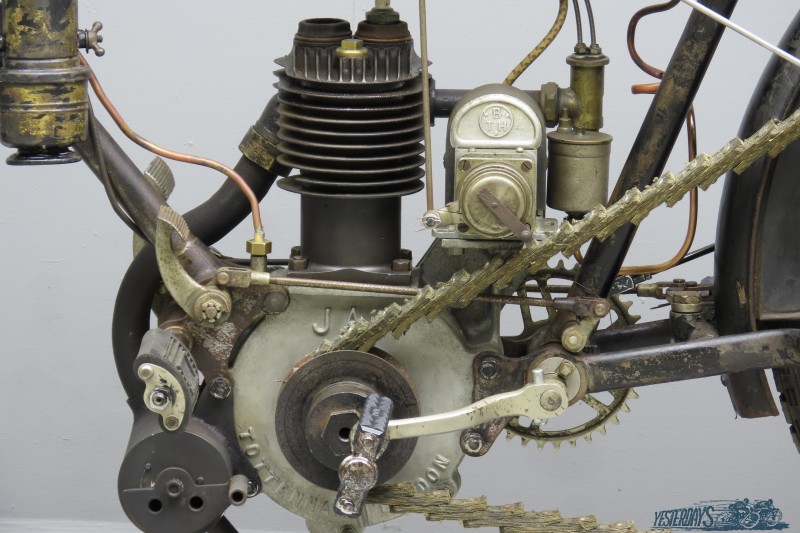 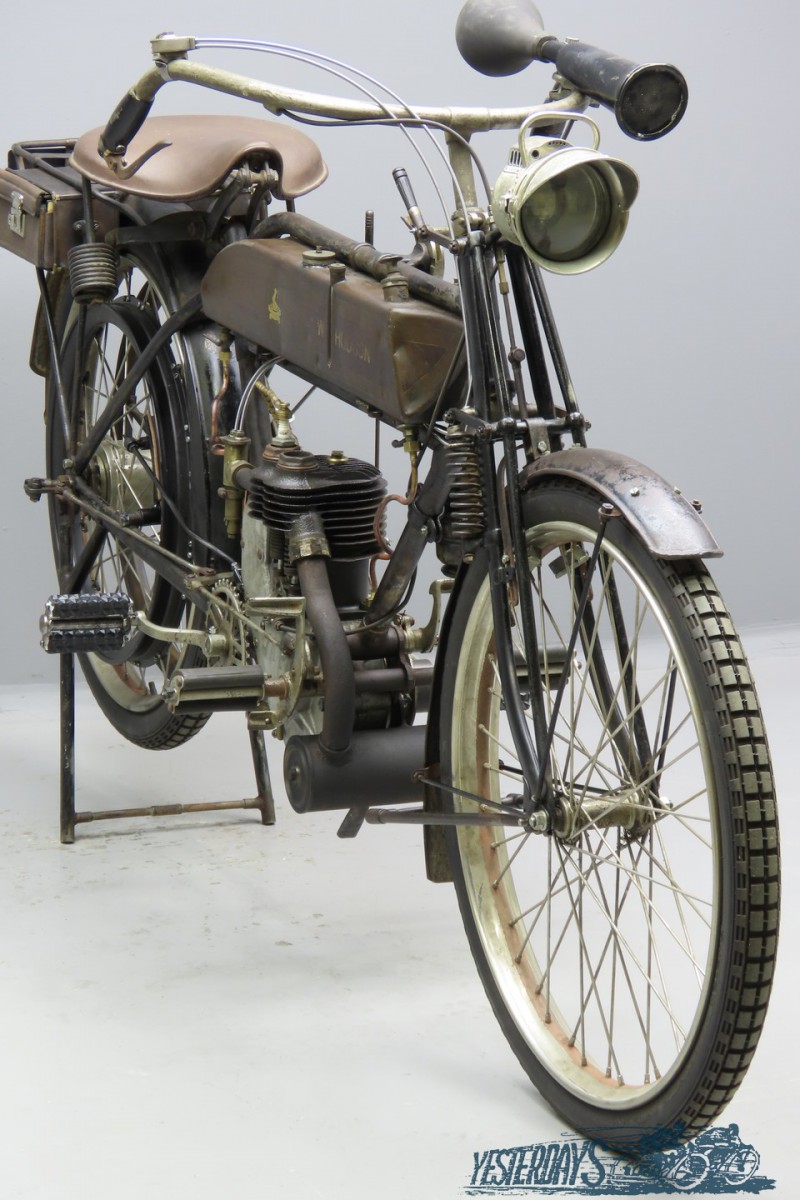 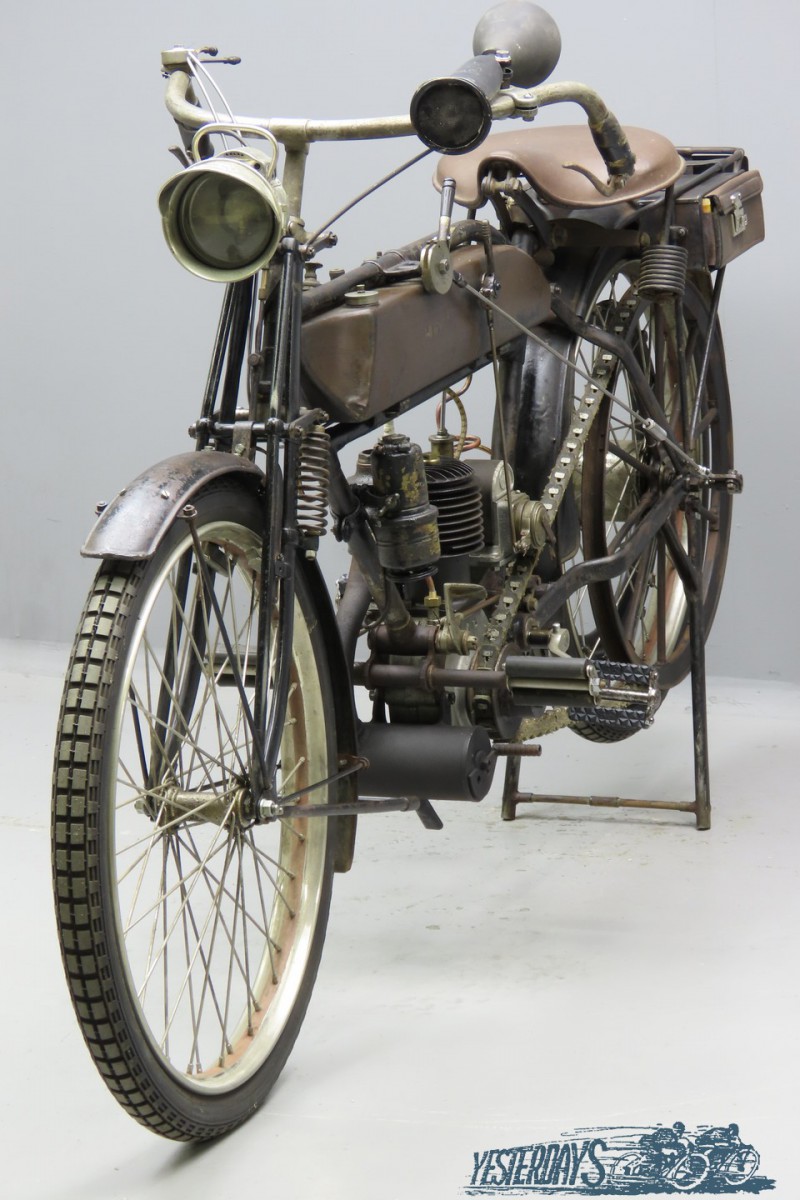 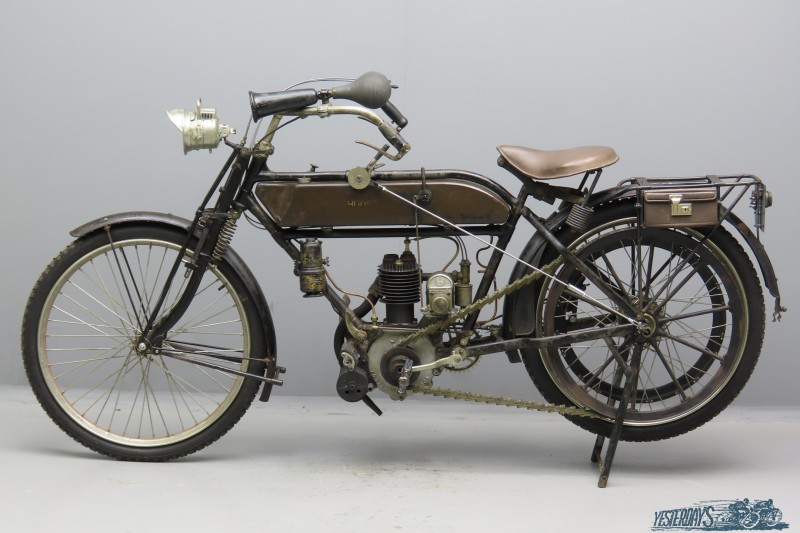 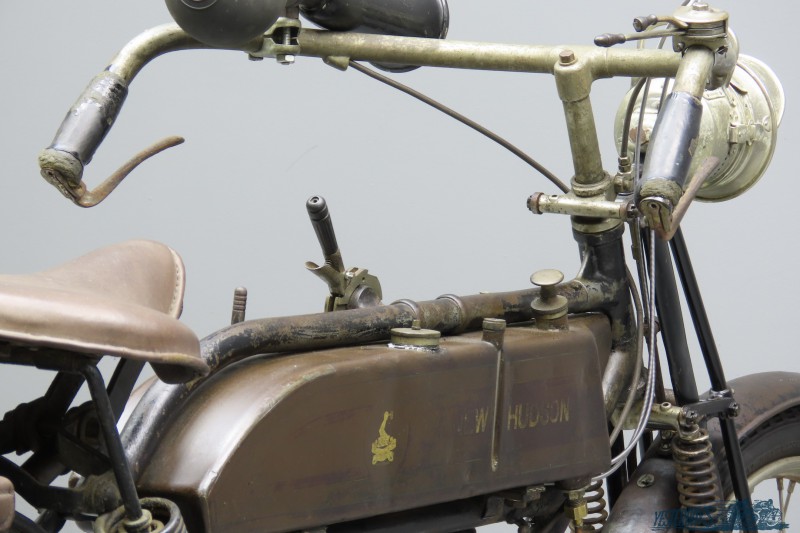 New Hudson were already well known for their quality bicycles when they brought out their first motorcycle in 1903.
No further motorcycles were marketed till the end of 1910, when the company presented a three model motorcycle range at Olympia: a 2¾ automatic inlet valve lightweight with either direct belt drive or with Armstrong 3-speed hub and a 3 ½ HP direct drive machine, all three models having New Hudson-JAP engines.
Eric Londesbrough writes in his New Hudson history:
“On all three models, the front forks were of Druid pattern and the braking system was cycle type on the front and a belt rim brake at the rear.
The cycle parts were painted black and the tank was two tone brown, establishing a basic colour scheme which, with a few variations, would last for several years.
The famous New Hudson badge showing the strong arm of the industry projecting from a castle tower and holding a hammer, appeared on the tanks.
This badge seems to have been derived from the coat of arms of the City of Birmingham, in which it can be clearly seen.
On the lightweight models the petrol tank was considered as vary capacious, holding nine pints and 120 miles per gallon was suggested as the rate of consumption.
A brooks saddle and Dunlop tyres were fitted and the price was 45 Guineas (£ 47,25). “
For the 1912 season the aiv lightweight was updated to a full side valve configuration with bore x stroke of 70x76mm, giving 292cc.
Top speed is some 60 km and the little machine weighs only slightly more than 80kg.
This practical veteran lightweight with Armstrong 3-speed hub and clutch is complete with acetylene lighting and bulb horn and is presented as a complete motorcycle which will need some technical and cosmetical attention.