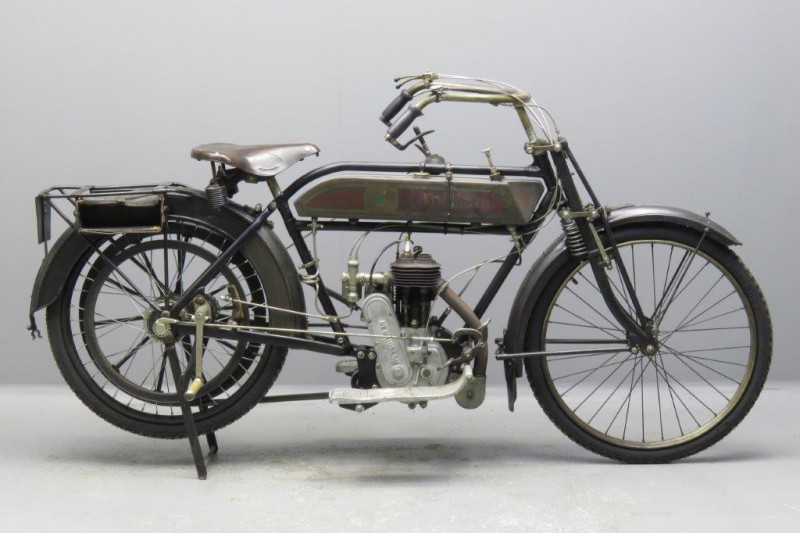 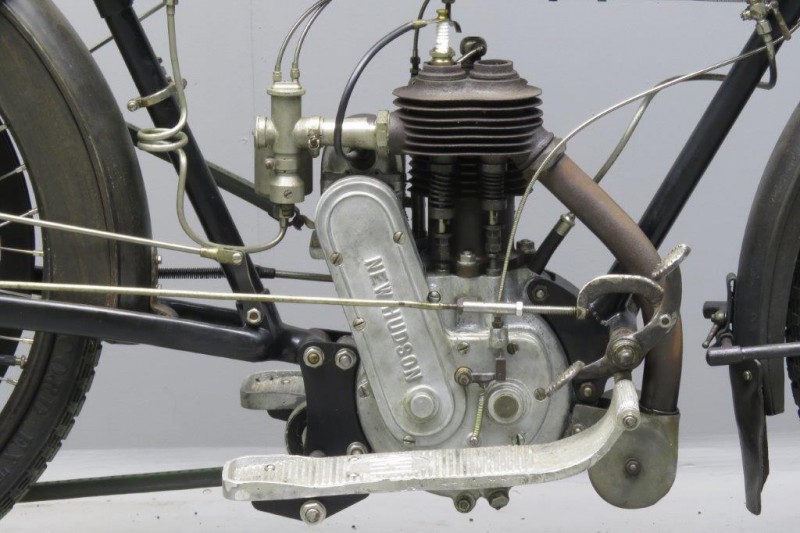 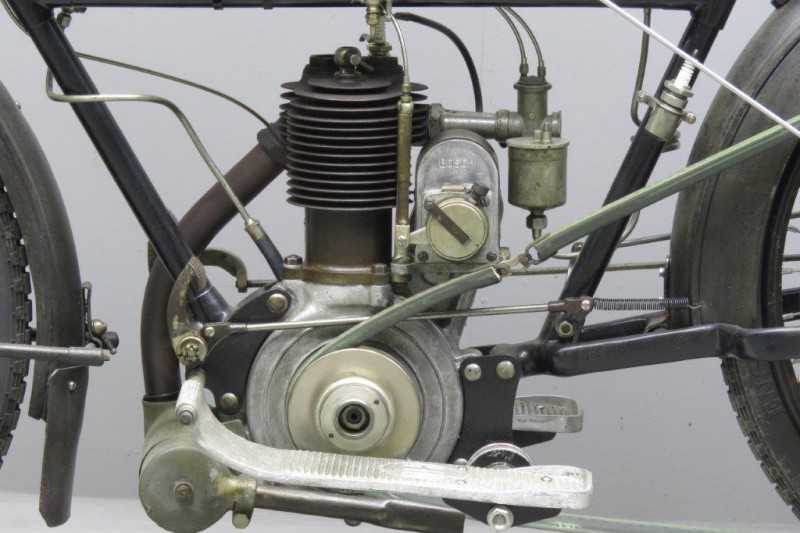 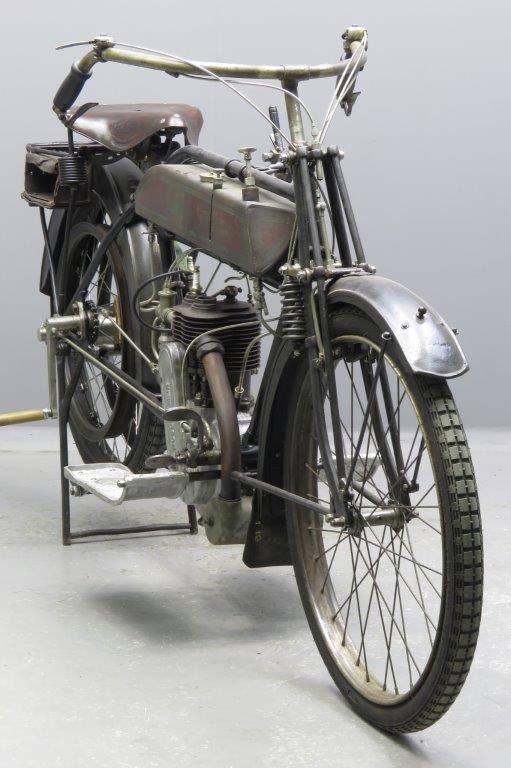 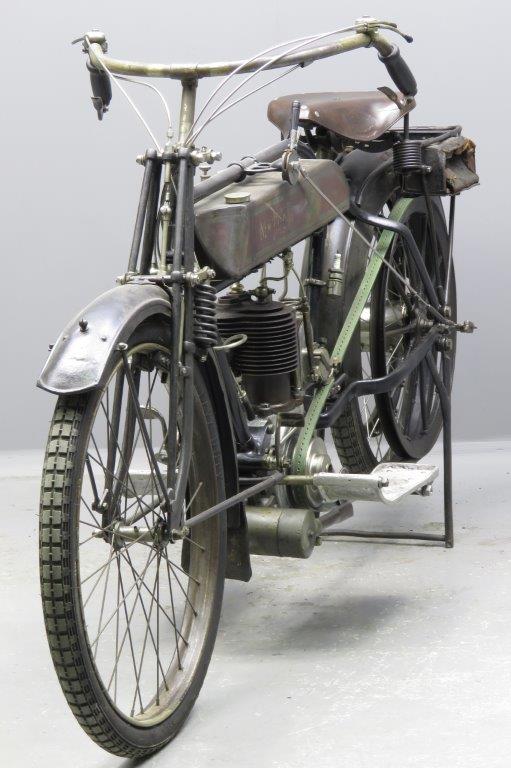 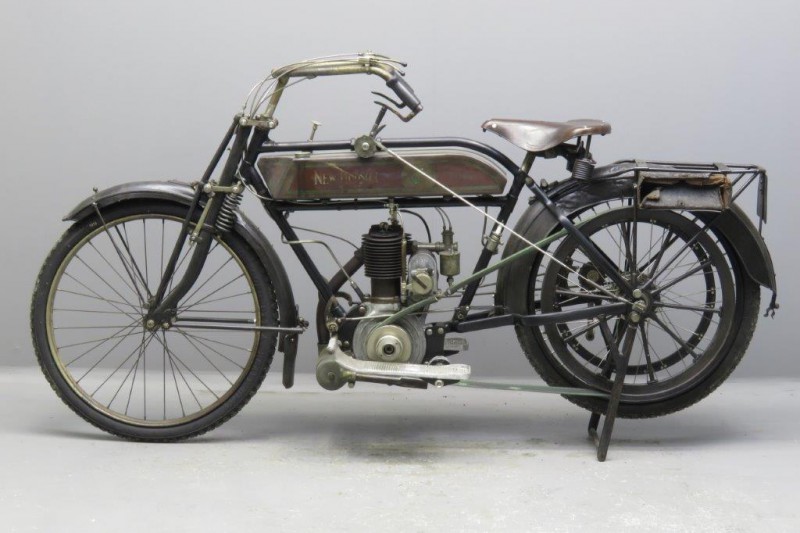 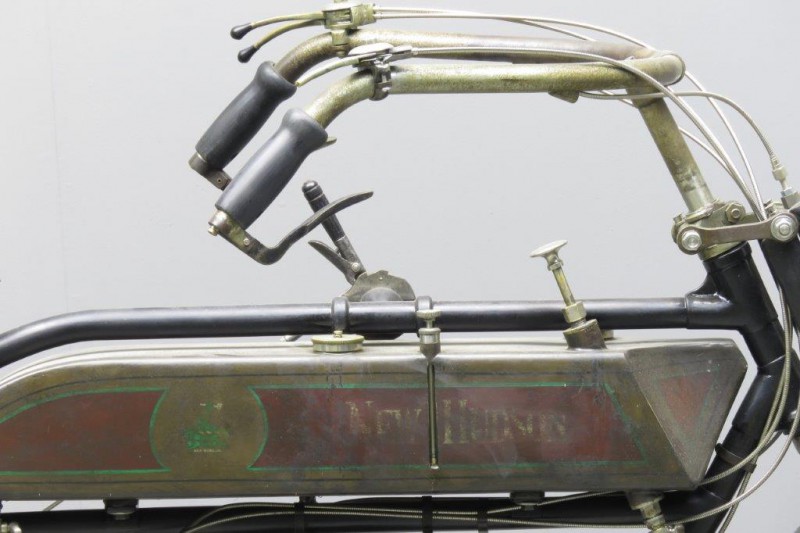 New Hudson were already well known for their quality bicycles when they marketed their first motorcycle in 1903.
No further motorcycles were marketed  till the end of 1910, when  the company presented  a three model motorcycle range at Olympia: a  2 ¾  lightweight with either  direct belt drive or with Armstrong 3 speed hub and a 3 ½  HP direct drive machine.
Eric Londesbrough writes in his New Hudson history:
“On all three models, the front forks were of Druid pattern and the braking system was cycle type on the front and a belt rim brake at the rear.
The cycle parts were painted black and the tank was  two tone  brown, establishing a basic colour scheme which, with a few variations, would last for several years.
The famous New Hudson badge showing  the strong arm of the industry  projecting from a castle tower and holding a hammer, appeared on the tanks.
This badge seems to have been derived from the coat of arms of the City of Birmingham, in which it can be clearly seen.
On the lightweight models the petrol tank was considered as vary capacious, holding nine pints and 120 miles per gallon was suggested as the rate of consumption.
A brooks saddle and Dunlop tyres were fitted and the price was 45 Guineas ( £ 47,25).
For the 1913 season the lighter model got a brand new 70x 90 engine  that “was  designed and manufactured  throughout in our own works” as the catalogue put it.
The model IV B was fitted with an Armstrong 3 speed hub with Free Engine and a kick starter, so it could be started from standstill with both wheels on the ground.
This practical and very rideable veteran, fitted with comfortable aluminium foot boards,  is in  good condition.