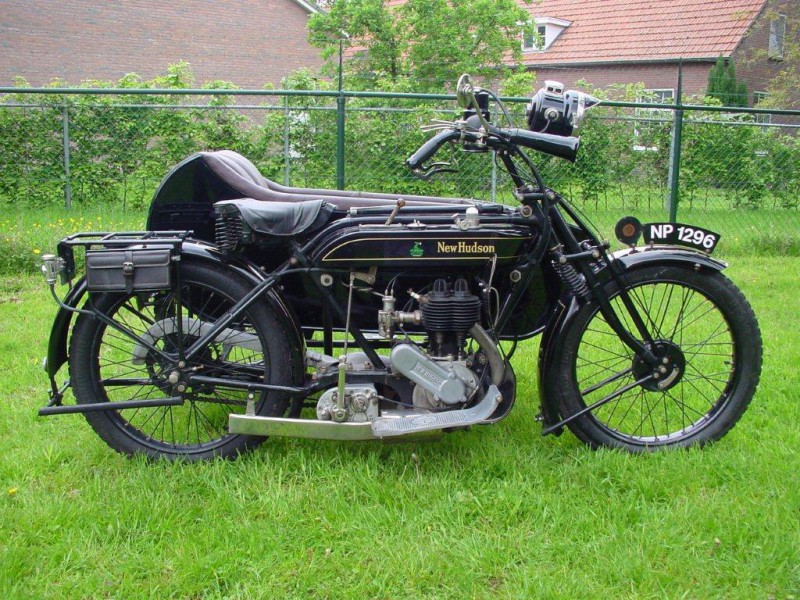 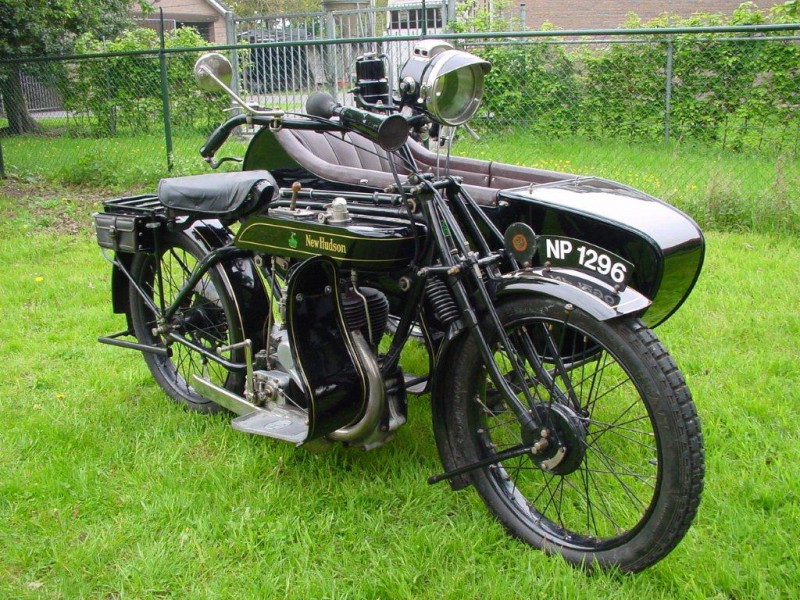 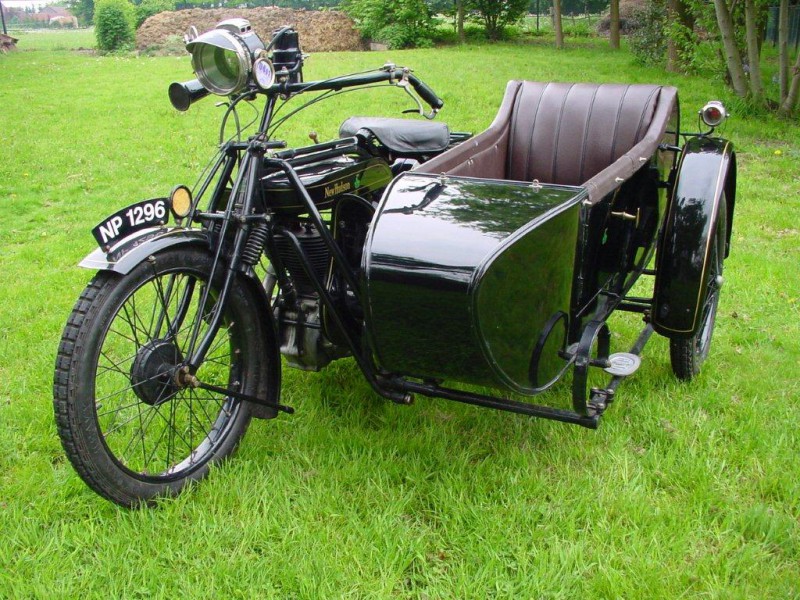 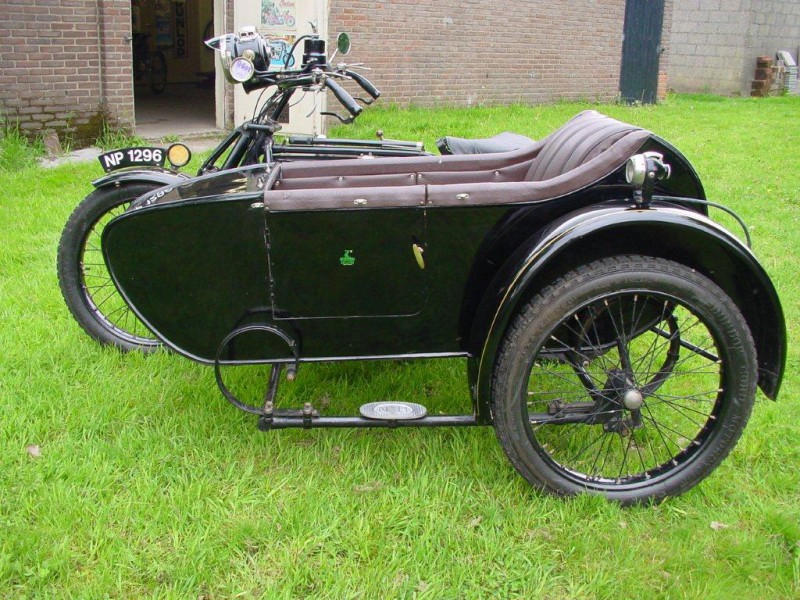 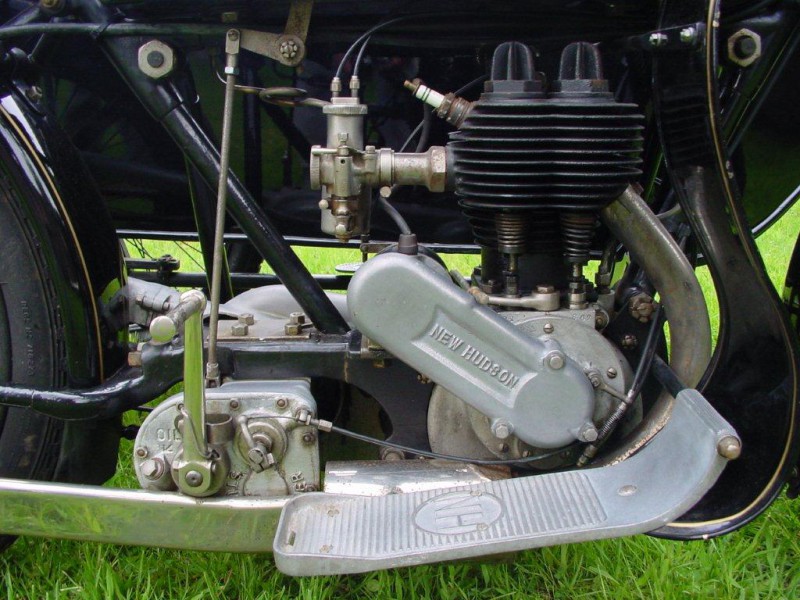 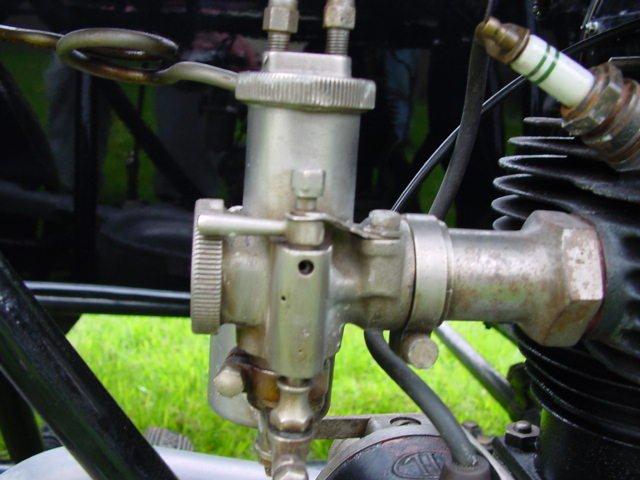 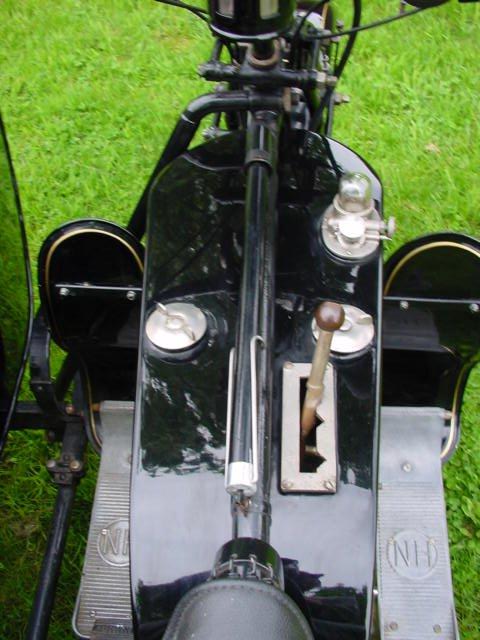 New Hudsons were produced in Birmingham between 1909 and 1933.
After the second world war  production of light motorcycles with Villiers engines was taken up again, but by then the New Hudson name was owned by the BSA company. During the early vintage years New Hudson produced two models, a 211 cc light two stroke and this 87×100 model, priced at £ 100 solo and £ 125 as a combination.
The machine has internal expanding brakes, which is a rather advanced feature for 1922.
The engine is New Hudson’s own design, gearbox is Sturmey Archer 3-speed, magneto ML and carburettor Brown&Barlow, all quality fittings of the period.
The sprung Terry saddle gives extra comfort. In the tax disc holder is still an original disc, expiring at december 31, 1925…
This practical touring machine is in excellent, restored condition.