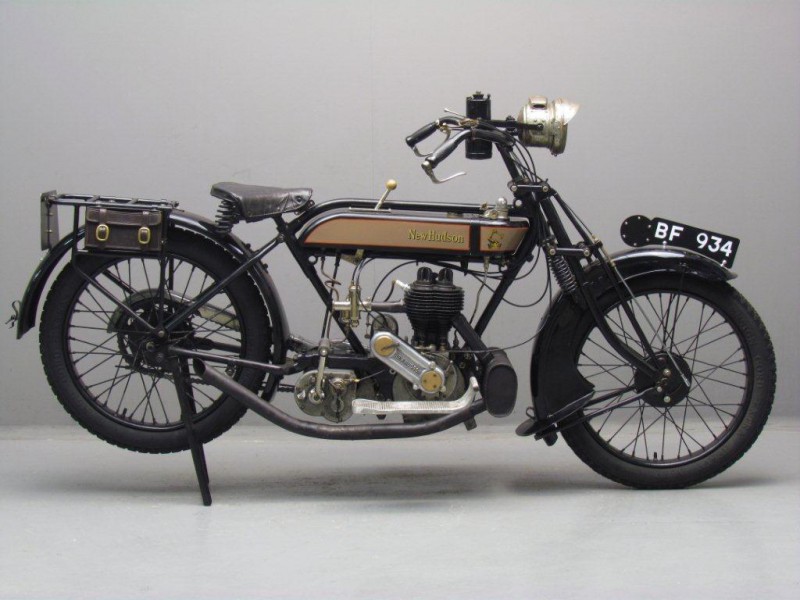 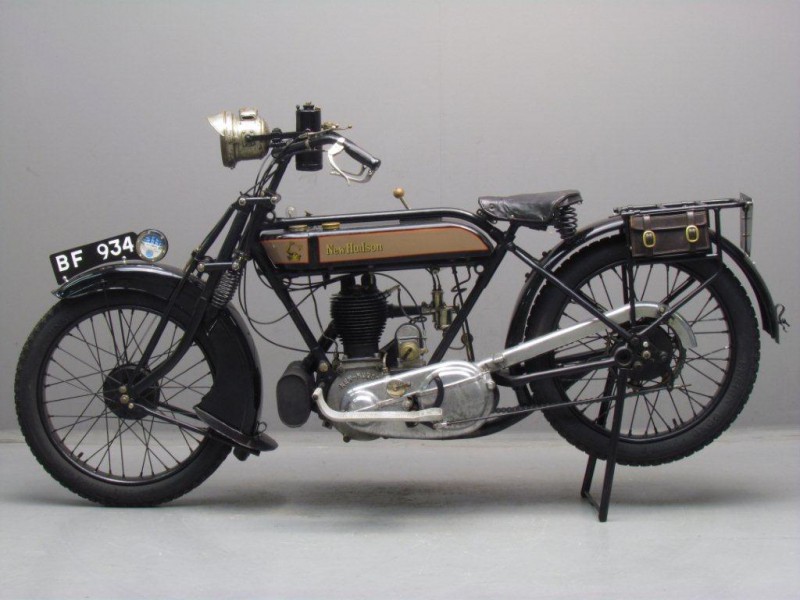 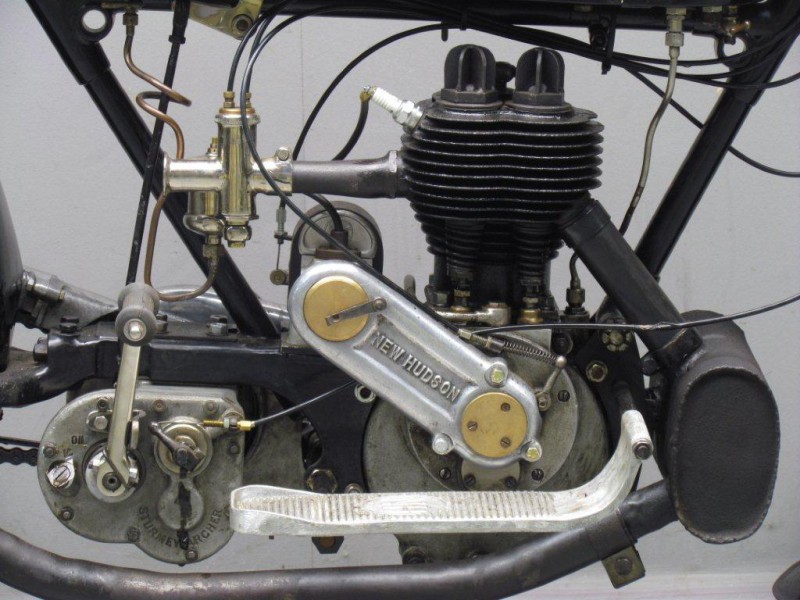 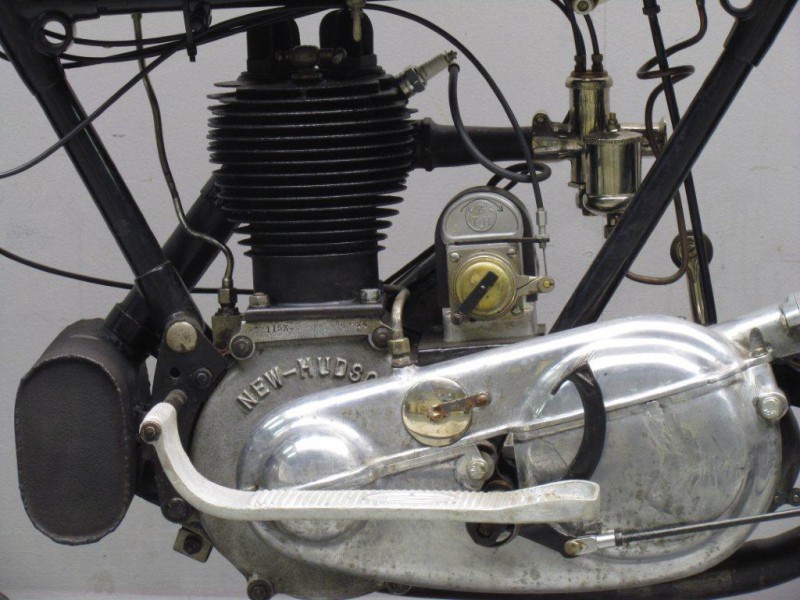 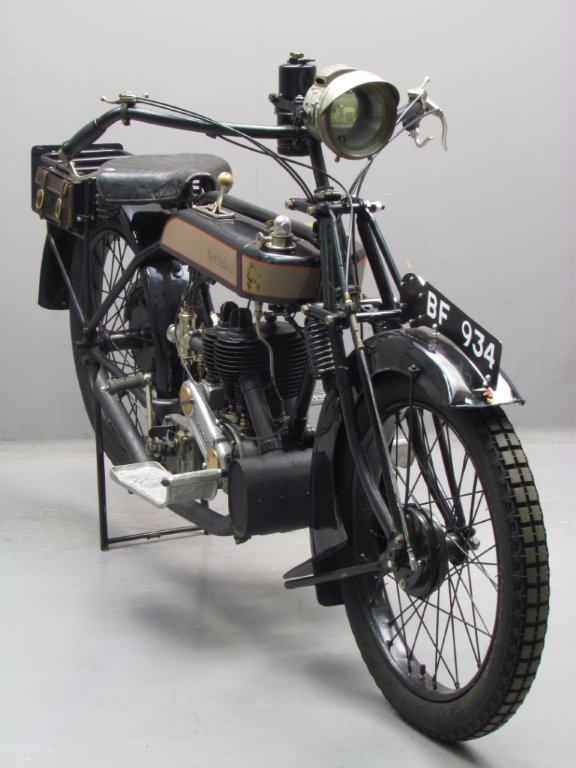 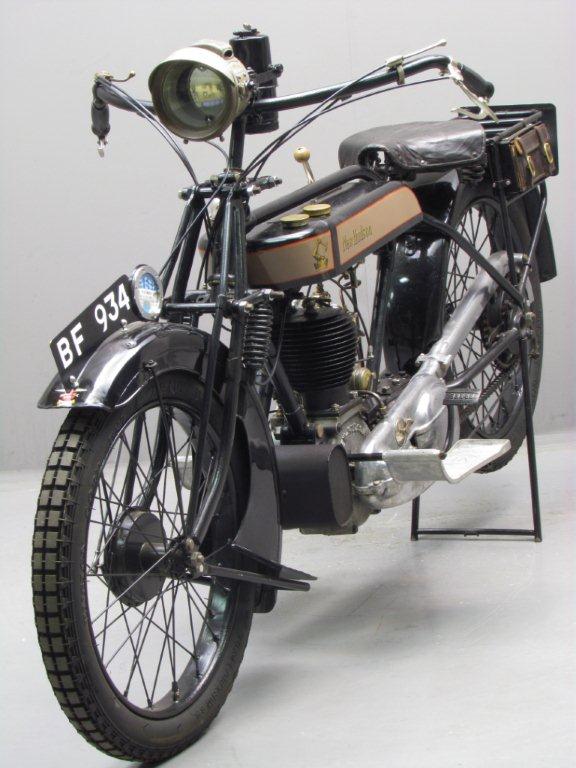 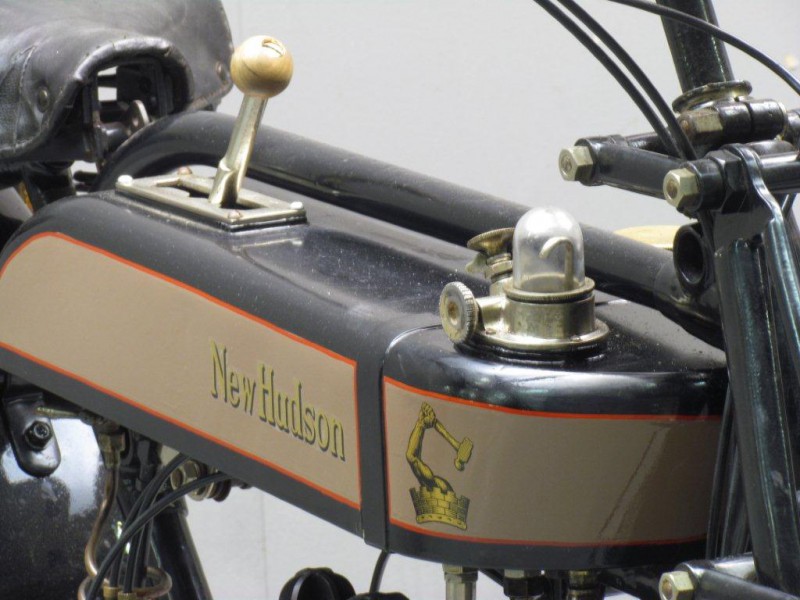 New Hudsons were produced in Birmingham between 1909 and 1933. After the war production of light motorcycles with Villiers engines was taken up again, but by then the New Hudson name was owned by the BSA company.
During the early vintage years  the 211 cc two stoke was the  main selling point of New Hudson, but in 1922 this little machine got company from a big side valve brother with bore and stroke dimensions of 87×100 mm.
In 1923 two more four stroke machines were added,  the 346 cc “ Three-Fifty” and the 496 cc “ Super Sports”.
The 4 ½  HP machine  was available with New Hudson’s own gearbox or a Sturmey Archer product; the latter type is fitted to this sturdy machine.
A notable and practical  feature of this machine is the availability of internal expanding brakes to both wheels, quite advanced for 1923.
The machine, an older restoration, features  aluminium footboards and ditto primary chain case, BTH magneto and acetylene lighting.